Chemutai and Lydia Wafula out to defend MT...
Next Story

The Champions finished the first half on top of the game leading by 2-0.

The Champions finished the first half on top of the game leading by 2-0.

KCCA FC thrashed Kyetume FC 5-2 to close the gap between them and table leaders Vipers SC before the end of the first round of the StarTimes Uganda Premier League.
Coach Mike Mutebi's coached side had an easy game against struggling Kyetume as they opened the scoring as early as the 24th minute after Mike Mutyaba scored from Mustafa Kizza's cross from the left-wing.
Mutebi's side continued to attack and in the 30' minute, Mustafa Kizza who set up Mutyaba also scored another beauty to make it two for the home side. 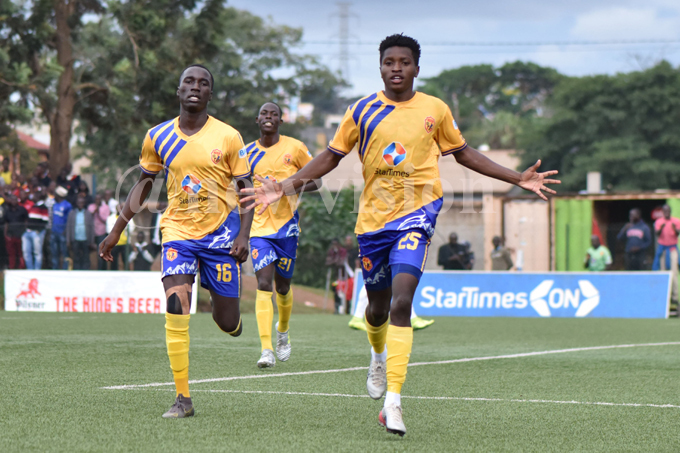 The Champions finished the first half on top of the game leading by 2-0.
However, the visitors responded quickly in the second stanza with Steven Sande pulling one back in the 49th to put more pressure on the hosts.
Goalkeeper Joel Mutakubwa gifted Sam Ssenyonjo a goal in the 51 minutes to make it 3-1 for the hosts. 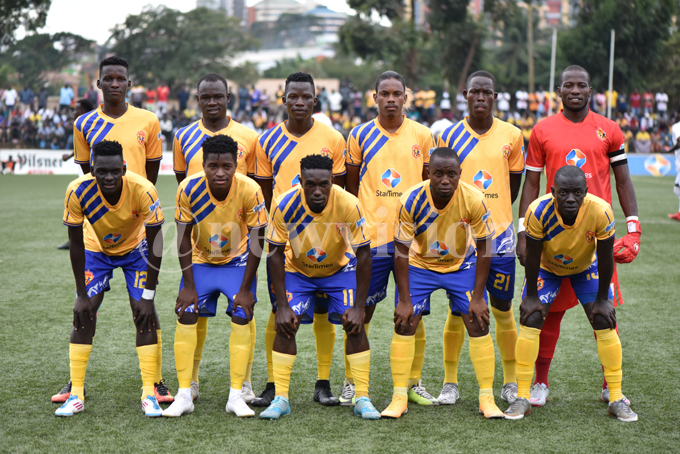 After Ssenyonjo's goal, KCCA grew in confidence by bossing the midfield especially Muzamiru Mutyaba, Gift Ali and Allan Okello who interchanged passes that left Kyetume players completely frustrated and in the 66th minute Muzamiru Mutyaba scored the fourth for KCCA.
Allan Okello who had been kept at bay by Kyetume defenders scored in the 87' minute and made it 5-2 for the Champions.
This was Okello's second goal in back to back games having scored in the 1-1 draw with URA FC on Wednesday at Lugogo.
On Tuesday, KCCA will travel to Mbarara at Kakyeka Stadium before returning to StarTimes Stadium Lugogo to face rivals SC Villa.