MENU
New Budhagali will not eat for 8 days
Previous Story

You want your child to learn better? Here ...
Next Story

President Museveni described the late Med Kaggwa as a dedicated civil servant who worked with diligence in protecting and promoting human rights in the country.

President Museveni described the late Med Kaggwa as a dedicated civil servant who worked with diligence in protecting and promoting human rights in the country.

MPIGI-Thousands of mourners on Thursday gathered at Lufuka village, Mpigi town council in Mpigi district to attend the burial of the slain Uganda human rights commission boss, Hon Muhamad Kaggwa who passed away on Wednesday morning on his way to work.

The government of Uganda was represented by the Vice President of the Republic of Uganda Hon Edward Kiwanuka Ssekandi who also delivered President Yoweri Museveni's message.

In his message, President Museveni described the late Med Kaggwa as a dedicated civil servant who worked with diligence in protecting and promoting human rights in the country.

Museveni also commended Hon Med Kaggwa for being a hard-working civil servant who always put his country first before self.

" Hon Med Kaggwa was a dedicated civil servant who always gave his best towards serving the country and he would always put his county first before self, we will  always remember him for his efforts towards promotion and protecting of human rights and steering the Uganda human rights commission to where it is now" part of the message in Museveni's condolence read. 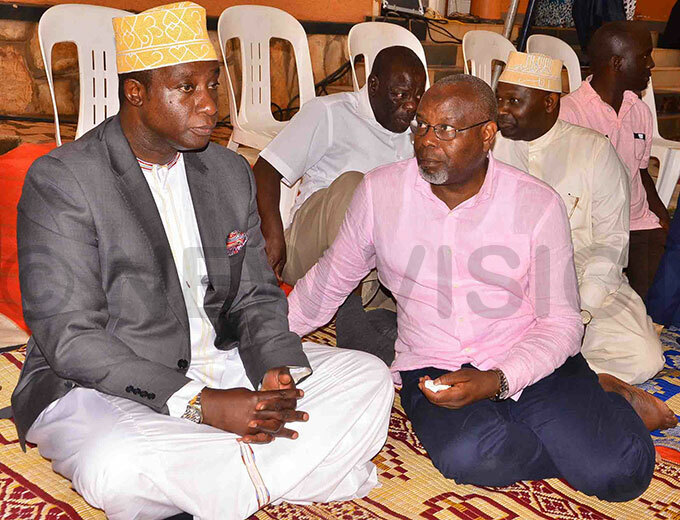 Museveni also contributed sh10 million towards the burial and it was handed over to the family by the Hon Edward Ssekandi.

"This country has been robbed of diligence, committed and patriotic servant who worked hard to protect human rights in the country and at the same time he was a distinct lawyer" an excerpt in the Vice President's message read.

Justice Bart Magunda Katureebe, the Chief Justice said he worked with the late Med Kaggwa for many years in government and described him as a distinct lawyer who always observed time management and was not corrupt.

Alisat Namirembe Kaggwa, the widow thanked the government for offering his husband an opportunity to serve the people which job she believes he did it to his best.

She said her husband was a family man who loved his children and she urged the family members to maintain and uplift the good name Kaggwa has built and left behind.

He said Kaggwa was full of apathy, good timekeeping, and he inspired many of the staff members and he pledged on behalf of the commission to maintain a good legacy.