Like has been the trend, the winners will enjoy VIP treatment from the beginning to the end

Like has been the trend, the winners will enjoy VIP treatment from the beginning to the end

Expectations are high for the winners of the fully paid trip to Abu Dhabi who are going to watch the last round of the Etihad Airways Abu Dhabi Grand Prix at the Yas Marina circuit, November 28-December 1.

Mazzanti hailed City Tyres for being outstanding partners of the embassy and for their association with Pirelli one of the biggest producers of tyres in the world.

"Pirelli is very keen on safety and it is as well a key issue for the Italian embassy and the Mandela Group and I thank them for their social inclusion," Mazzanti said before he picked Robert Kipira. 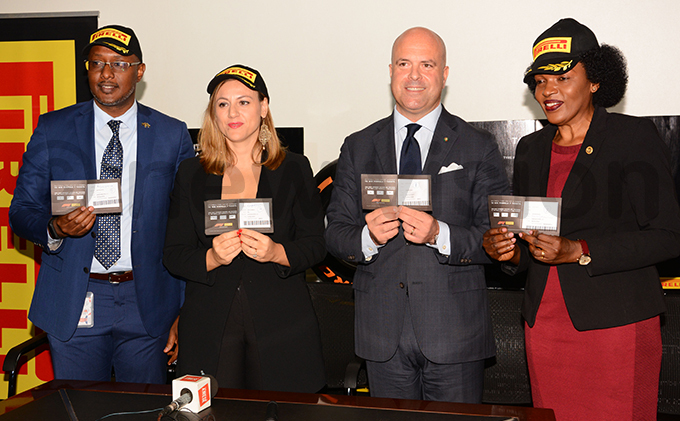 Gambacorta picked Kyangwangye who could not immediately be contacted on phone but there was excitement as Mugisha spoke to Kakumiro driver Nicholas Kyaligonza on phone.

"Where I'm I going…. Abu Dhabi? Eeeeeeeeh! This is great news I'm very grateful for this chance," Kyaligoza who only bought tyres last week exclaimed on the phone after he was sounded out.

Willy Kiguli who was a double winner in the draw was quiet excited as well after he was called by Lubanga.

"Whoa, wow! When should I pass by," and excited Kiguli who had earlier been picked as the winner for full service of his car at any City Oil service station asked.

Winners from the earlier draw Kunobere, Rukundo, Mutebe and Ssekankya attended the press conference and expressed their eagerness to step on the Yas Marina circuit.

"When they called me, I thought it was a scam until I came to City Tyres offices. I'm looking forward to the event. This vacation has come early for me but I encourage people to buy quality because quality is expensive but cheap is also more expensive," Rukundo stated.

"I'm very excited about having won; I buy Pirelli Tyres a lot for my fleet of cars so I think it was befitting that I won. I can't wait to watch the live F1 races because I think it will be very exciting and I will tell my grandchildren that I watched F1," Mutebe said. 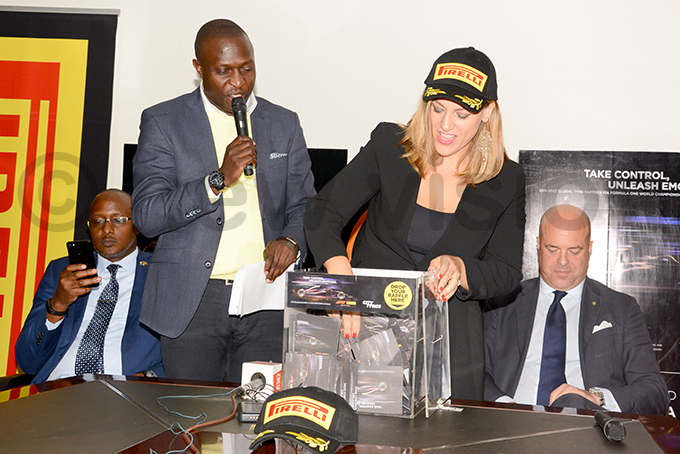 The speeds at the F1 races will be a fascination for Kunobere and Ssekankya.

"I have been using Pirelli and other brands from City Tyres and I didn't know about the promotion but I want to thank God for this chance because I have never gambled. As a scientist, I want to experience the speeds and see how it is done," Kunobere said.

"I'm, excited to be part of this wonderful trip. I have never been to a live formula one race, the expectations are high and I can't wait to travel to Abu Dhabi," Ssekankya noted.

Mahad Twaha the in charge of corporate sales at City Tyres advised motorists to embrace quality in order to get value for their money, travel comfortably and stay safe on the road by using Pirelli Tyres.

Like has been the trend, the winners will enjoy VIP treatment from the beginning to the end. From tickets in the VIP lounge at the Yas Marina and staying at the Grand Hyatt Hotel over the four days and five night's trip, the winners will have a memorable trip that they will wind up with a desert challenge experience.