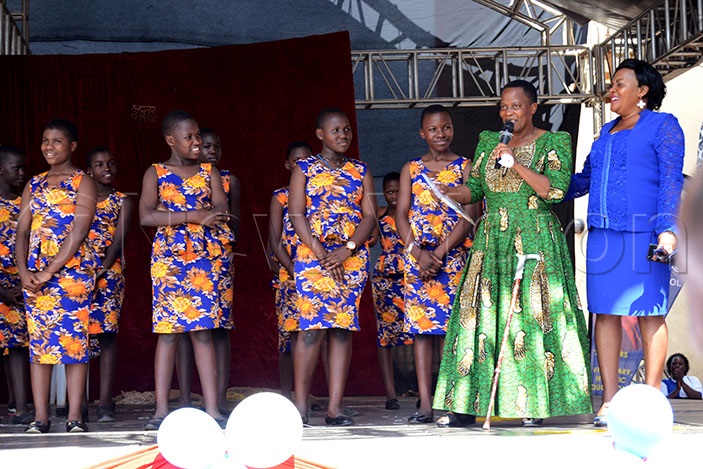 MUKONO - Betty Nambooze the Mukono Municipality Member of Parliament, has asked parents to encourage their children interested in Music, dance and drama to take it on up to the professional level.

Nambooze said most parents only look at academic excellence and leave out talent like performing arts.

"Not every child is supposed to become an academician, some are super talented and could make a living through their talents," she said

Nambooze pleaded with parents to support their children interested in performing arts to take it on even up to university because it might fetch them money in the future. 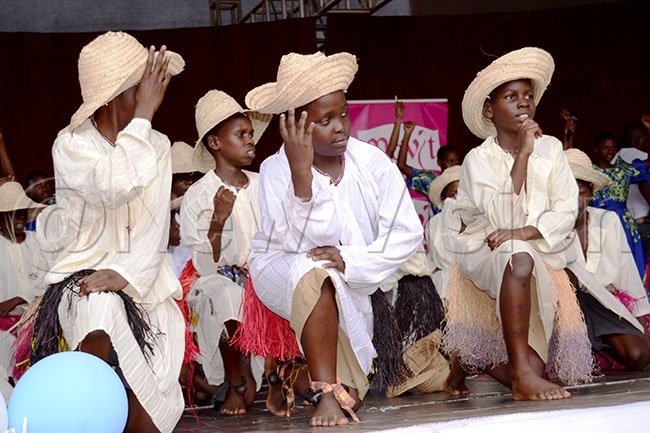 Pupils performing the Amagunju dance for parents during the celebration of the 256 years of the schools existence. (Photo by Jovita Mirembe)

"Today the  president of Uganda  is choosing artists like Catherine  Kusasira, Butcher man and Full figure to advise him  on different state issues which shows that artists are bright people'' Nambooze says

She was officiating at Seeta Parents Primary school 25 years' celebrations and launch of the first school music Album and school magazine on Saturday.

The Executive director of the school Ann Njuki said that the school magazine that was launched has all school events that have taken place within the 25 years of the school's existence.

She said all articles in the magazine have been written by pupils over the years.

She advised pupils to pick interest in writing to improve their writing skills and passion for writing. 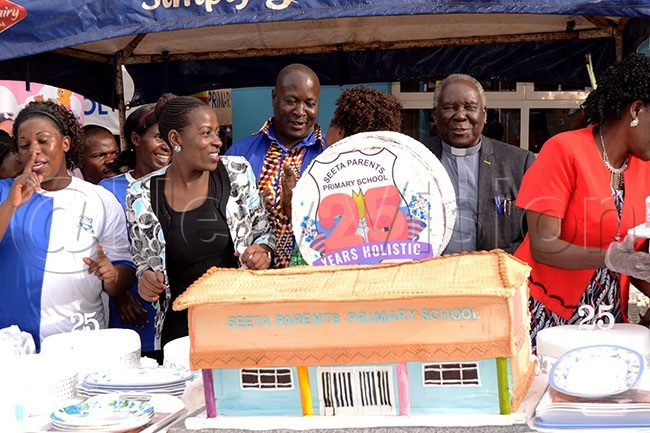 The Anniversary cake that was cut during the celebrations. (Photo by Jovita Mirembe)

At the celebrations, the pupils showcased their talents in different traditional dances from various Ugandan cultures.

The 25 years celebrations ended with the cutting of the anniversary cake.