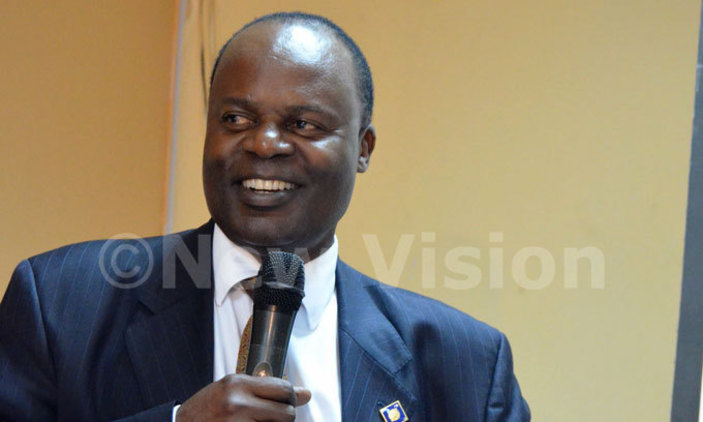 Uganda's financial sector is still struggling with the low saving culture amongst Ugandan despite the several interventions being put in place to grow their savings, noted the Deputy Governor Bank of Uganda, Louise Kasekende.

According to the Deputy Governor, who was speaking on the closure of The World Saving Day week under the theme achieve more, these low savings rate have been largely due to the fact that traditional banking remains out of reach for most due to factors like inadequate financial services, financial illiteracy, physical distance from banking institutions, high minimum deposit and balance requirements, limiting access to banking services.

Affirming, Cathy Mbabazi, Director Rica Microfinance said lack of access to savings is a major disincentive for the poor to join MFIs and rather use competing informal mechanisms.

The basic principle of unlimited access to savings, Mbabazi said partly explains the popularity of some deposit collectors and SACCOs.

Well-designed and client-responsive savings collection services can be offered at a fee thus becoming a source of revenue.

Banks have not utilized rural areas well enough, rural people want to see physical structures of the banking institutions in order to be encouraged to save. According to an official from Ministry of Finance Planning and Economic Development (MoFPED), 21 billion shillings has been mobilized from village saving schemes which indicates the potential in rural areas if financial instittutions utilized the opportunity", she said.

Additionally, Kasekende warned those who put their little hard-earned money into get rich quick investment schemes saying it is economically unrealistic for one to promise you a return of 100% in just a few days.

"The microfinance institutions and banks pay interest on maturity. The more you keep your money on the accounts, the more returns, which could even go up to 10% depending on time."

Banks, Kasekende noted should also not be greedy by charging exorbitant fees on people's savings emphasizing it demotivates the savings culture in the economy.

Accordingly, Edith Tusuubira, CEO Uganda Microfinance Regulatory Authority (UMRA) whose mandate is to regulate and supervise the Tier 4 microfinance institutions and money lending business says there are varous ways of saving, like keeping moneys longer on fixed accounts in addition to other avenues like Stanlib, Old Mutual and ICEA which are lincesed by the Uganda Capital Markets Authority to manage peoples investments.

The World Saving Day was established on 31st October 1924 during the 1st International Savings Bank Congress held in Milano, Italy, with the objective of encouraging the population to transfer their savings into a formal financial institution rather than keeping it under their mattresses.

In Uganda, this day has been commemorated since 2016. Unlike in the previous years, this year's event was a special one where for the first time ever; Bank of Uganda joined hands with other financial sector regulators and providers for a full week Financial Service Expo to encourage Ugandans to save and invest safely with supervised financial institutions under the theme; "Save More, Achieve More."

In 2017, Bank of Uganda (BoU) and the Ministry of Finance, Planning and Economic Development launched the National Financial Inclusion Strategy (2017-20122) for Uganda. The NFIS vision is; "All Ugandans have access to and use of a broad range of quality and affordable financial services which helps ensure their financial security."

The implementation of the Strategy has thus far led to: the rollout of Agent Banking with 9,477 agents spread across the country as at end September 2019 to provide access and convenience to savers; the operationalization of integration of financial literacy as a subject in the secondary curriculum effective 2022.

In addition, in September 2019 the Deposit Protection Fund increased the protected from UGX 3 million per customer to UGX 10 million. All these are aimed at protecting the public against pyramid schemes, unregulated financial institutions and other financial schemes.

Even when people have extra money, Albert Odongo, Former Managing Director KCB, there may be little incentive to save. In Africa, many economic activities take place in the informal sector.

"While many households have notable savings, the problem is that these are being held in the non-financial form. They are not being significantly channeled into productive investments."

Financial-sector liberalisation has brought greater competition, forcing banks to be more innovative and to work harder to attract customers Albert said adding that "majority of local banks have been running deposit mobilisation campaigns with the aim of improving the saving culture in the country while improving their clientele base", he said.

With the numbers of un-banked Ugandans still clearly high, there is urgent need to attract Ugandans to get into the financial system. However, the challenge still remains with the local banks that have to introduce new financial products or instruments that respond to the saving needs of households.

"Introduce products that permit easy accessibility and allow small transaction at frequent intervals. This would encourage households to shift to the formal system, thereby making such assets available for productive investments", Odongo Affirmed.