KAMPALA - This week marks 50 years since the late King of Buganda Edward Frederick Mutesa II passed on. Mutesa would also be celebrating his 95th birthday on November 19.

To commemorate his life, Sekabaka Mutesa's family with support from the Vision Group, Mandela Millers and Sheraton Hotel, organized memorial lectures to remember him and share his contributions to the country. 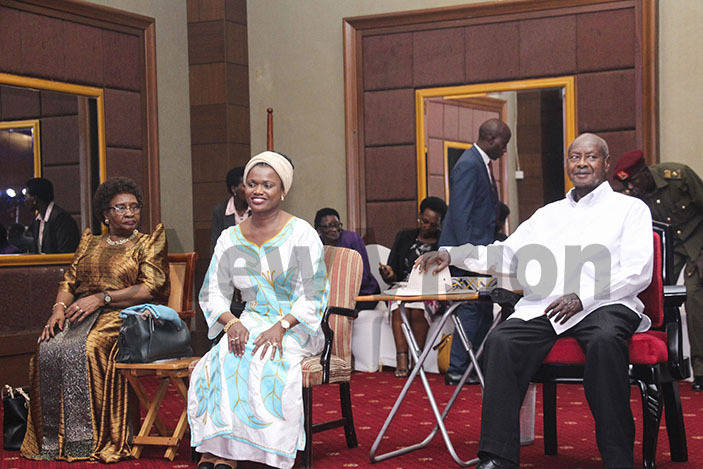 The colorful ceremony took place at the Sheraton Hotel in Kampala, graced by President Yoweri Museveni. It was also attended by several dignitaries from the Central Government, religious leaders, academicians, and the Mengo Establishment.

In his keynote address under the theme: "Reflection in the Triple Heritage of an African King, Knight, and President", the Kabaka's Palace Chief Advisor, Apollo Makubuya said Mutesa is one of Uganda's heroes who should be remembered.

"He was at the forefront of at the struggle against the British colonial rule and, in particular, led the resistance against the colonial policy that aimed to add the Uganda Protectorate to the East African (EA) federation," he said.

"Mutesa's opposition to adding the Ugandan Protectorate to the EA federation was because; it was a colonial project to expand their exploitative politics. But he already had contacts in Turkana, Rwanda, Burundi and with the Mau Mau in Kenya," he added.

Makubuya said Mutesa worked for the unity of Uganda as one country.

"He actively participated in the talks and conferences that saw the Buganda Kingdom abandon its separatist standpoint to be incorporated in Uganda. As such, his leadership was crucial to the attainment of Uganda's independence as a united country," he noted.

He stressed that Mutesa also had close allies with Ganshonga the Omugabe of Ankole, Daudi Ocheng from Acholi (closest allies), George Rukidi the Omukama of Toro and Henry Muloki and Wilberforce Nadiope the Kyabazinga of Busoga a sign of his committed efforts to have a united Uganda.

He said there is a need to start recognizing and celebrating Ugandan's national heroes because of their roles in the struggle to liberate "the country".

"It is a shame that our roads are still named after the colonial masters like Lugard and Colville among others. We need to recognize our true heroes and Mutesa is one of them in our country," he added.

At the event, President Museveni awarded Nalubaale Medal to King Ronald Mutebi II and the 50th anniversary Jubilee Medal to his father the late Sekabaka Mutesa II in recognition of their role towards the liberation and development of the country. 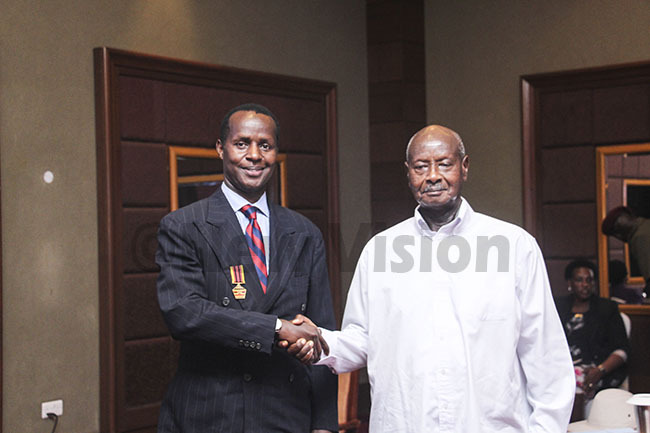 The son of the Kabaka Prince Jjunju Ssuuna Kiweewa and the Kabaka's young brother Prince David Wassajja received the medal of Mutesa, respectively.

The President also contributed sh300m towards completion of the Kasubi Tombs

Museveni described Mutesa as Pan Africanist who worked towards the EA integration.

He said he is ready to discuss with "our allies the traditional people" with the main focus on three issues including; prosperity, strategic security and fraternity.

"We better be clear wherever we are. If you are not an enemy of Africa, know that prosperity lies in a big market. I am happy to hear people talking about the East African Federation," he added.

The president emphasized the need to integrate politically and economically to build a bigger market to sell our products. He said the focus should now be on machine power to increase production, integration and strategic security.

The President also attributed the challenges of Mutesa to bad advisors like Dr. Apollo Milton Obote whom he says were hypocrites.

"I also suffer from bad advisors. I fear them too. If you're not careful with them, they can be very dangerous. I think it was Mutesa's problem too," he noted.

President Museveni said Mutesa was poorly advised on lost counties. "You talked of talking the truth. These counties were Bunyoro counties and there was no debate about that. Buganda had already got Buruli, Singo, Bugerere, and Buwekula. They should have left Bugangaizi and Buyaga to go back to Bunyoro," he added.

The Vision Group boss, Robert Kabushenga said Mutesa is worth recognizing. "He welcomed each and every one. He was disciplined and law-abiding," he said.

Katikiro Charles Mayiga Mayiga thanked the president for the recognition of Kabaka Mutebi towards the restoration of normalcy in the country and Mutesa's struggle towards independence.

"The lecture has brought out the truth of Mutesa. Let us correct the mistakes through learning from our history," he said.

He went to King's College Buddo, Makerere University and Cambridge University in the United Kingdom and also trained as a soldier in the Queen's Grenadier Guards acquiring the rank of Colonel.

He was overthrown by his Prime Minister Obote in May 966, when he ordered the attack of the Lubiri Palace forcing Kabaka Mutesa into exile in the UK where he died.

Marriage is (literally) good for the heart - study

Half of people aged 40-54 have hardened arteries

Too much sitting infront of TV may cut life short