It is the fourth major for the 23-year-old this year, following earlier victories in the Mayombo, Kinyara and Entebbe Open.

It is the fourth major for the 23-year-old this year, following earlier victories in the Mayombo, Kinyara and Entebbe Open.

National team captain Joseph Cwinya-ai beat Christopher Baguma in a sudden-death playoff to win the 13th edition of the Kakira Golf Open at Jinja Club on Friday.
It is the fourth major for the 23-year-old this year, following earlier victories in the Mayombo, Kinyara and Entebbe Open.
Although he was beaten by Kenya's Daniel Nduva in the Pam Golding Safari Tour tournament last week, the Kakira win offers the necessary relief and cements his claim for the golfer of the year accolade, having shone with the national team in winning the regional Zone IV championship in Burundi as well as the Victoria Cup against Kenya at Kitante.
In the three-hole playoff on holes 16, 17 and 18 Cwinya-ai registered pars on the three while Baguma double-bogeyed the last hole to surrender the title to Cwinya-ai.
"I feel very happy to win for my very first time in Jinja as this is my best career moment in life after winning 3 major titles in two months, thanks to my sponsor Isaac Aisu who is based in the UK," Cwinya-ai stated.
"He has indeed enabled me to feature in as many championships both in Uganda and in East Africa and this has helped me improve on my confidence. The wet greens on the course due to the rain on Thursday were indeed favourable to my game." 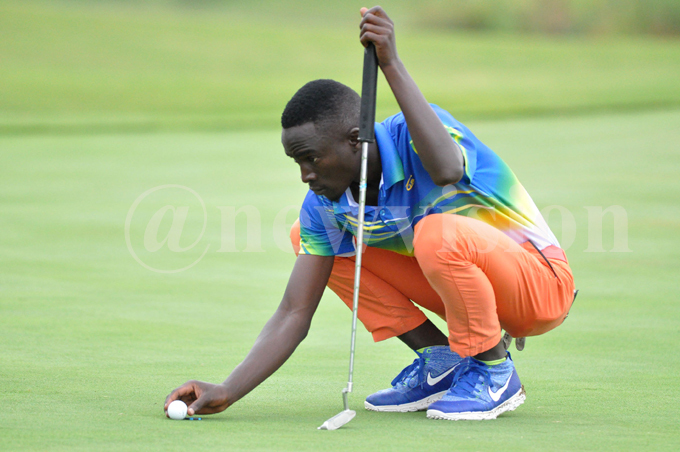 Kamulindwa bagged his first win since turning pro about a year ago. PHOTO: Michael Nsubuga

Christmas season- Why all the fuss?

Christmas: A day for love and happiness