Uganda's past AFCON appearances
Next Story

Some of the Senior Six candidate who were affected by the refusal to do exams pictured outside the school on Friday. Photo by Moses Bikala

The management of Top Care Secondary School in Iganga has rejected a cash donation of sh3.62m aimed at bailing out 45 students who had earlier been blocked from sitting for their Uganda Advanced Certificate of Education (UACE) exams.

The money had been donated by Banyankole Kweterena International, an association comprising of Ugandans living and working in the United States of America.

The money had been delivered to the school by one Diphan Ahabwe on behalf of the association.

However, upon arrival at the school premises, Ahabwe who was accompanied by journalists was surprised to be informed by one of the secretaries at the reception identified as Annet Birungi that she had been instructed by his boss not to allow any payments from strangers.

The secretary later informed Ahabwe to deposit the money on the school's account with Bank of Baroda in Iganga.

However, Ahabwe insisted on paying the money directly to the school to clear the entire amount that is owed to ensure that the students freely sit for their examinations without any disruptions.

"I want to pay money directly to the students who are on the list with a receipt for accountability purposes," he said. 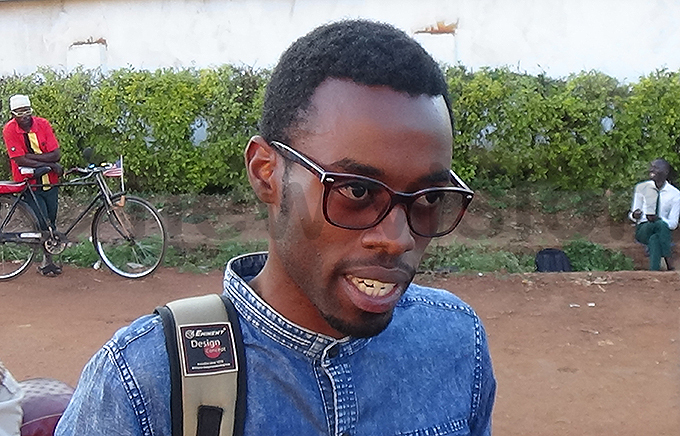 Diphan Ahabwe who brought the money from Banyankole Kweterana addresses the media outside the school. Photo by Moses Bikala

Efforts by Ahabwe to convince the management to receive the money for purposes of clearing the arrears proved futile as he was told he was wasting his time.

"First of all the director is not happy with the way the Police forced him to sign documents saying the amount of money was less compared to what was in the records of the bursar," one of the staff members was heard saying.

Ahabwe said he later contacted the director Speke Muyinda on the phone who said he was away and was not able to be there due to illness.

Ahabwe claimed that Muyinda told to take back the money back to the donors in America in case he was not ready to wait for him to recover from his illness.

"I will deal with the students and the parents themselves because they are the ones I know," he reportedly said.

Muyinda, when contacted by phone, said he was not willing to talk to the media about school issues.

"You people have done everything to paint a negative image of my school I kindly request that I am given some rest," he said.

The Banyankole Kweterena members decided to contribute funds towards the cause after reading New Vision's story about the plight of the 45 students.

"Ugandans are here doing all kinds of funny jobs day and night to ensure they earn a living and have decided to raise funds to ensure our brothers and sisters finish their examinations," Ambrose Nasasira, the group's mobiliser, said in a phone interview. 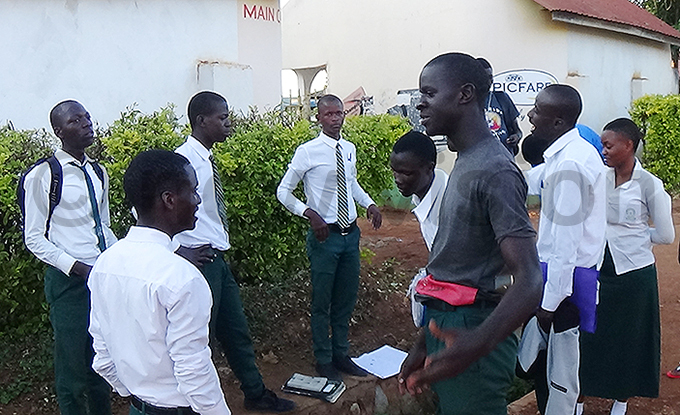 Eva Kwesiga the Iganga district resident district commissioner who has been at the forefront of raising funds for the students promised to hold a meeting with the school's management over the issue of rejecting the cash donation.

The affected students, who gathered at the school waiting to receive their receipts as proof of having completed their tuition, were disappointed to learn that the school management had rejected the cash donation.

One of the students who spoke on condition of anonymity said he suspects that management had a hidden agenda in rejecting the donation.

"We suspect that these people want to punish us by withholding results and later demand for huge sums of money," he said.

After the plight of the students became public, the proprietors of the school claimed the students owe sh13m rather than the sh3.62m that was cited when the standoff began.

Patrick Kayemba, the Iganga LC5 chairman, said he had written to the

Uganda National Examinations Board (UNEB) to ensure the affected students sit for a paper of their choice to avoid being ungraded.

Kayemba said after discussions with officials from UNEB, there was hope that the request would be granted.

"These students will sit for a paper of their choice though they never studied it. Just for the purpose that they avoided missing out on grading," he said.

Golfers to play to conserve the Crested Crane

Bird songs dies out as nestlands dry up