Weird things that happen during exams
Next Story

When the Amarula appeared on the scene in 1999, they were struggling artistes just eking out a meager existence. The artist's journey has been full of twists and turns. The reception was poor. We knew people did not fully appreciate comic performance because it was unusual, said a talkative Bitama. In our subsequent shows, we strove to teach people about comedy.

Realizing that they were making little headway, they ransacked their heads for a promotional stunt. The artistes contrived a publicity gimmick. They decided to stage a vulgar show dubbed Miss Jenina, narrated Nicholas Mpiirwe, nicknamed DJ Mese, in an interview in 2003. The show featured six scantily dressed girls, one of them had only banana leaves around her breasts and crotch. 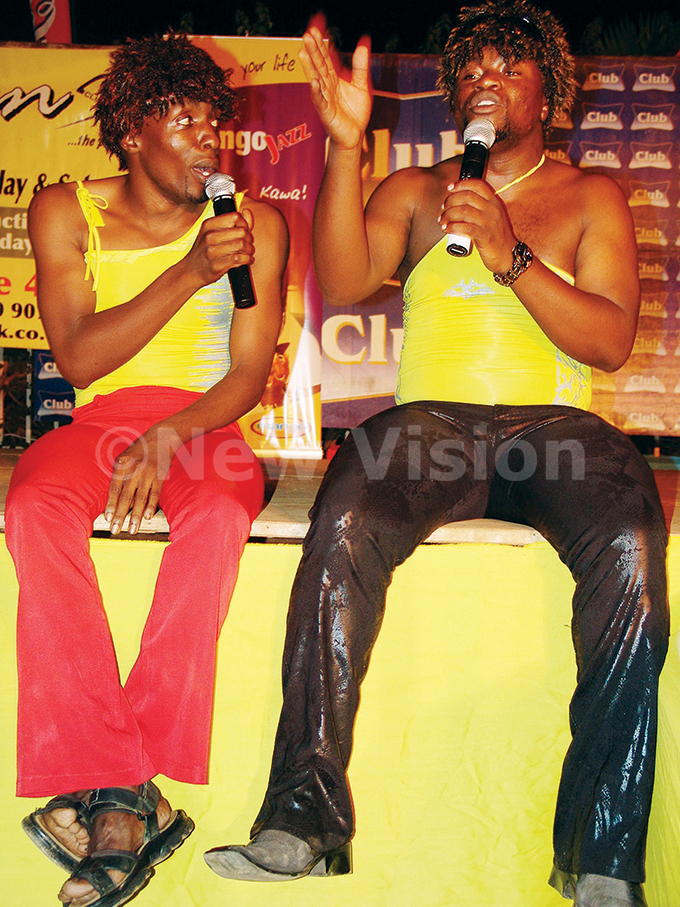 The show gave the nightclub addicts a real buzz. However, the group got a rap over the knuckle from Miria Matembe, then minister of Ethics and Integrity. But that was a blessing in disguise. They had always longed for publicity. That is all the artistes needed to create a niche in the entertainment circle. Their fans descended on Jenina Night Club, Nansana, in their hordes. 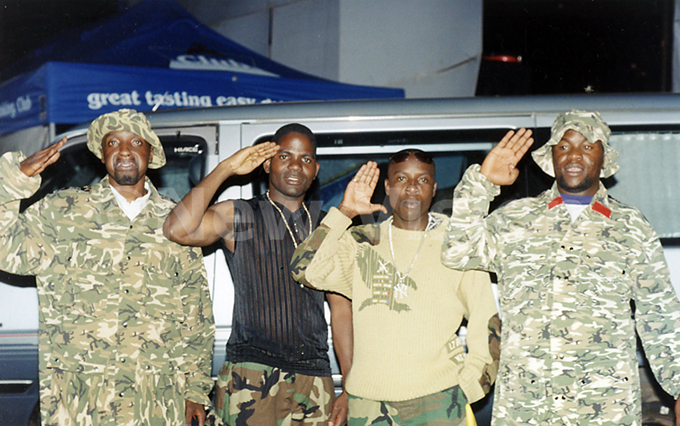 Bitama said that their main inspiration was to make people forget their problems. Bitama and Amooti were old friends. Both were rapping and miming at Jenina Night club. Bitama was a great talker. The comedian drew inspiration from Eddy Murphy, the comic actor. Bitama grew up in Nansana and started dreaming about becoming a star in primary school. He dropped out of secondary school in 1999. He was acclaimed for mimicking President Museveni perfectly. The comedian says he conceived the notion of comic performances after watching comedians such as Mr. Bean and Eddy Murphy. He then sold the idea to Amooti who was at first skeptical because of the expenses involved, like buying costumes but was eventually convinced and the duo established the group.

Amooti is one of the best comics who have sprouted over the airwaves. A native of Kasyari, Mbarara, he completed his studies at Kisubi Technical School in 1997. Charmed by the mysterious spell of music, Amooti chose music as a career. He tried his hand at miming and singing at Club Silk, Ecstasy and Vogue before forming Amarula. 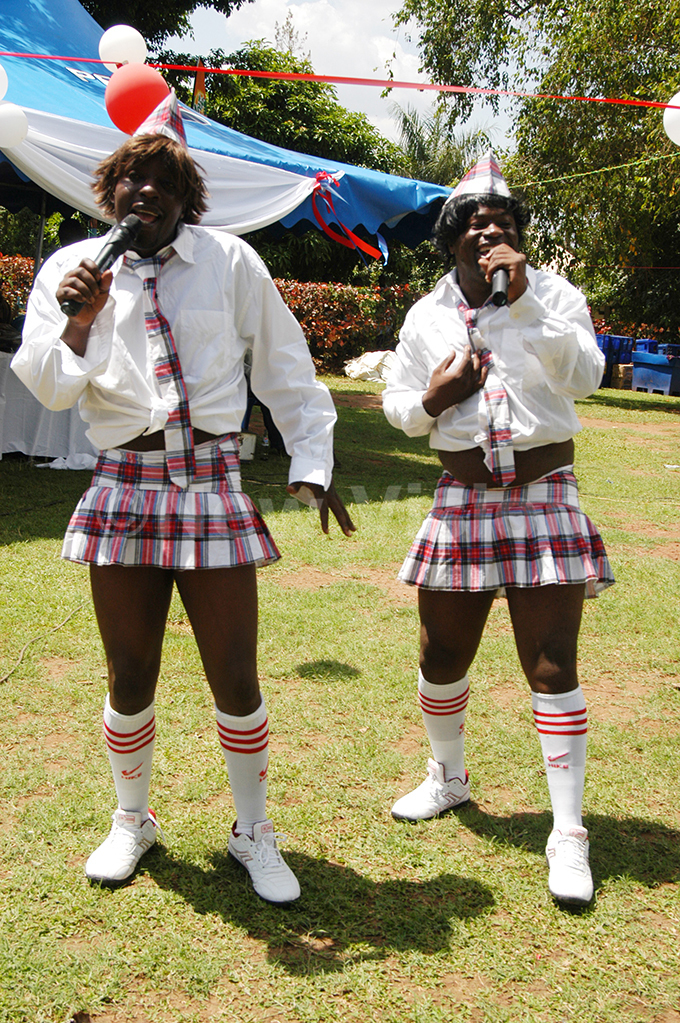 The three artists have displayed a gift for comedy. Their talents have not gone unnoticed by radio proprietors and he was employed by Radio Simba to host, Mukulikeyo show which was an amalgamation of comedy and music. Bitama and Mese worked for Dembe FM where they presented Katonda Bwatyo Bwayagade show, a blend of comedy and music.

DJ Mese is a songwriter, singer, and comedian. Mese was born and raised in Mbarara in 1976. Later, he relocated to Kampala. After dropping out of secondary school, he had a stint as a cashier at his aunt's video library. Eventually, he began rapping and miming for money. He teamed up with Ragga Dee in 1994. The trio formed the Homies Band. Their song Bamusakata, released in 1995 became a big hit. When Karim Hirji opened the Roads Night club (Viper Room) at Hotel Equatoria, D.J Mese was employed as the microphone controller (MC). Later he trained as a disk jockey under the tutelage of Elvis Kalema of Radio One. Thereafter, he also became a trainer at Jenina Night Club where he met Amooti and Bitama and they decided to work together.

Eddy Ssesanga, the youngest of the four, was born in Seguku on Entebbe Road. Like most of his colleagues, he is a secondary school dropout. His music career began as a microphone controller at Jenina, where he met Bitama and where he was drafted into Amarula Family. D.J Mese explained the genesis of the group,s strange name. 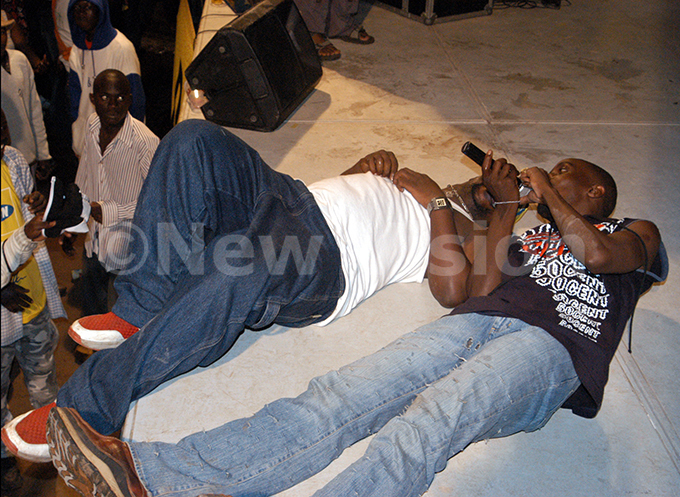 In 1999, they performed in Jinja and they bought Amarula, which was the most expensive liquor in the bar. It was their first time to drink it. They liked it so much they decided to call the group, The Amarula Family.

Years later, Paddy Bitama is deceased and Amooti and Mese split up.

Their most popular productions were; 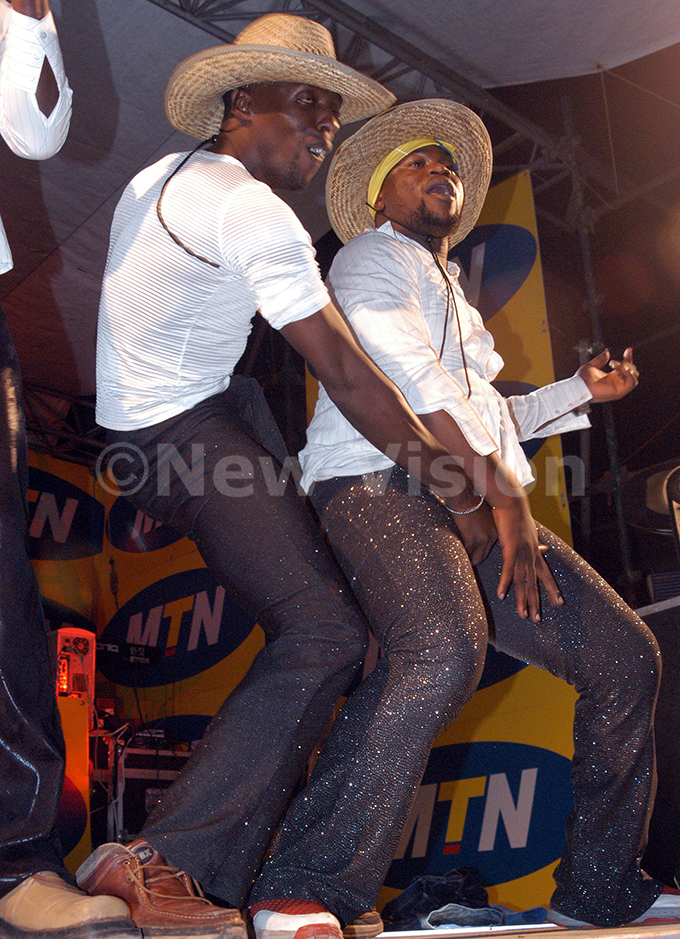