Kalungi's Lens: Not all that Jazz, at least in Uganda

The earliest evidence I can find of Ugandans enjoying jazz is a picture of a poster featuring a concert in Nakivubo stadium in the 1960s by the legendary Louis Armstrong.

The earliest evidence I can find of Ugandans enjoying jazz is a picture of a poster featuring a concert in Nakivubo stadium in the 1960s by the legendary Louis Armstrong.

Someone once said that whoever put a hex on jazz in Uganda must have the most potent juju in the world, and it probably is on speed dial with all the surviving dictators in the world.

We all had a hearty laugh at that, sitting somewhere at a kafunda, and punched each other in the ribs at the tremendous wit we had just heard. But it was sad laughter because we all knew that there was a lot of truth in it. Who cursed jazz in Uganda? 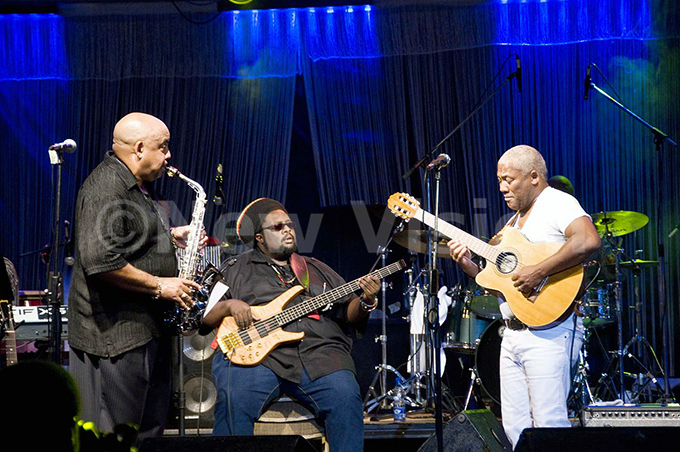 Kampala must be the only capital city in the whole world without a jazz club, and there is no indication it will change anytime soon. And throughout the years, very few jazz events have lasted for more than one year, if any. Talk about a hex, uh?

The earliest evidence I can find of Ugandans enjoying jazz is a picture of a poster featuring a concert in Nakivubo stadium in the 1960s by the legendary Louis Armstrong. Did Satchmo actually perform before thousands of jazz enthusiasts sin Uganda? Hard to believe, but those ancients definitely had more fun than we guys. 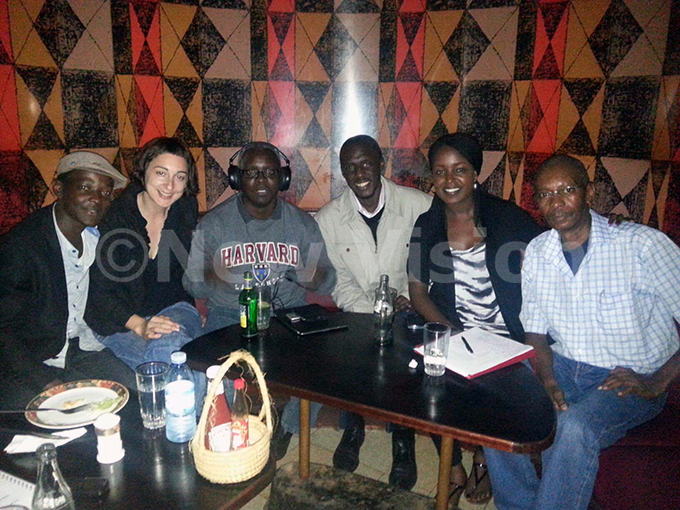 The planning team for the Jazz Collective seated in Copper Bar, May 2013

Through the 70s and 80s, there was no real entertainment anyway, and the bands that had ‘jazz' in their names largely played Congolese music. In the 90s most of the jazz we experienced were by bands and groups touring as part of cultural exchanges by mainly the US and French embassies, and occasionally by the Germans. As a cub reporter with the New Vision, I covered many of those.

Away from those cultural exchanged gigs, the best jazz was at the then Musicians Club, on the 2nd floor of the National Theatre. If you went early, there would be people jamming, and it would be a great experience, before the alcohol and the kidandali guys took over. 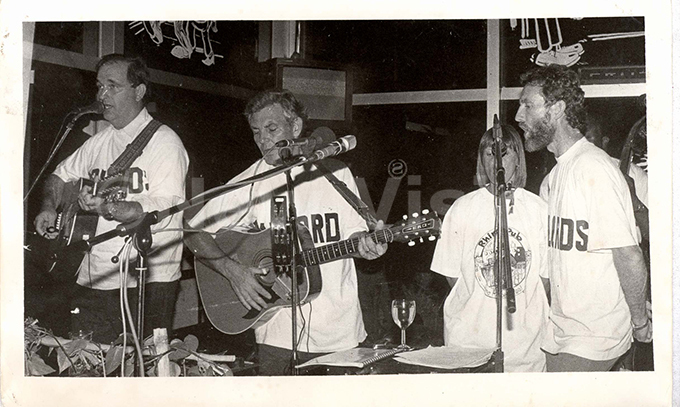 Moses Matovu of the Afrigo Band was then chairman or something, so he was always there. All the leading musicians in the land would come and jam, including legends like Ely Wamala.

One memorable night the power went off, as it was wont to do almost every night those days. There was no generator, of course, so often we just stood in the darkness and hoped the power would come back on. That night, there were several Europeans tourists that had shown up, and they had their horns with them. What followed was a jam session to remember, and I still do. 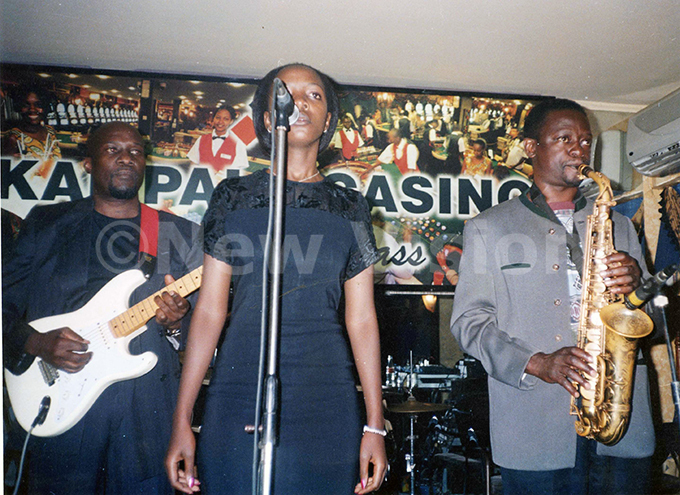 The Misty Jazz at Kampala Casino: Frank Mbalire, Brenda Nanyonjo and Moses Matovu in May 2000

Moses Matovu, his Afrigo colleague Mansur Bulegeya and those tourists (I think they were Swedish) took their horns and played their hearts out. I don't remember if the power ever came back on, but who cared? There was magic in the Musicians Club that night, in total darkness. That is when I took that iconic picture of Mansur Bulegeya, playing the sax with his eyes closed. It was total darkness, and the camera I used was fully manual. Photographers can understand the challenges in taking a well-exposed, sharp picture in those conditions. 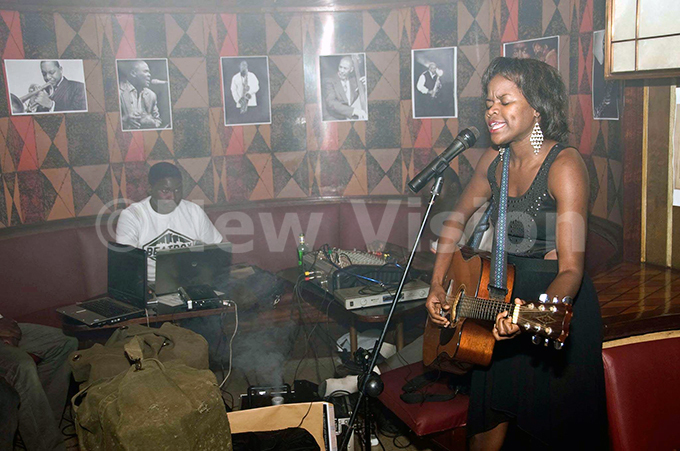 Amaru at the Jazz Collective, July 2013

Sometime in the late 90s, a great collection of jazz lovers collected in the then Viper Room (later to become the Basement disco before it eventually closed) for an event organised by the late Wilfred Bangirana. Everyone in town that was a genuine jazz lover turned up, but about halfway, Bangi stopped the band and introduced a karaoke session for some drunken tourists. Everybody left, and although Bangi would try and organise other sessions, no one ever turned up again. 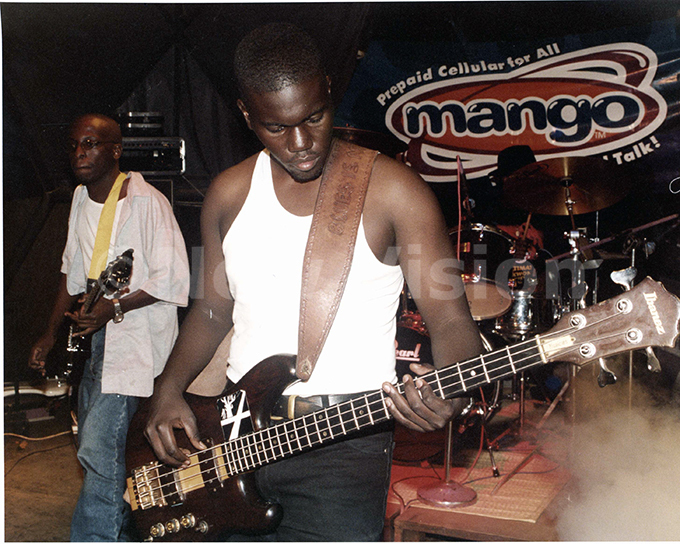 After Bangi's fiasco, throughout the early noughties, the main jazz event was when Alex Ndawula played every Wednesday at the Rock Gardens. We braved the unwelcome attention from the ladies of the night to get our jazz fix, although it almost cost me a relationship. But eventually, that too stopped.

Then the action moved to the old Club Obbligato on 2nd street Industrial Area, home then of the Afrigo band. Every Tuesday (or was it Thursday?) we gathered to listen to celebrate jazz. I don't remember why that ended, maybe when Afrigo left that died, too. 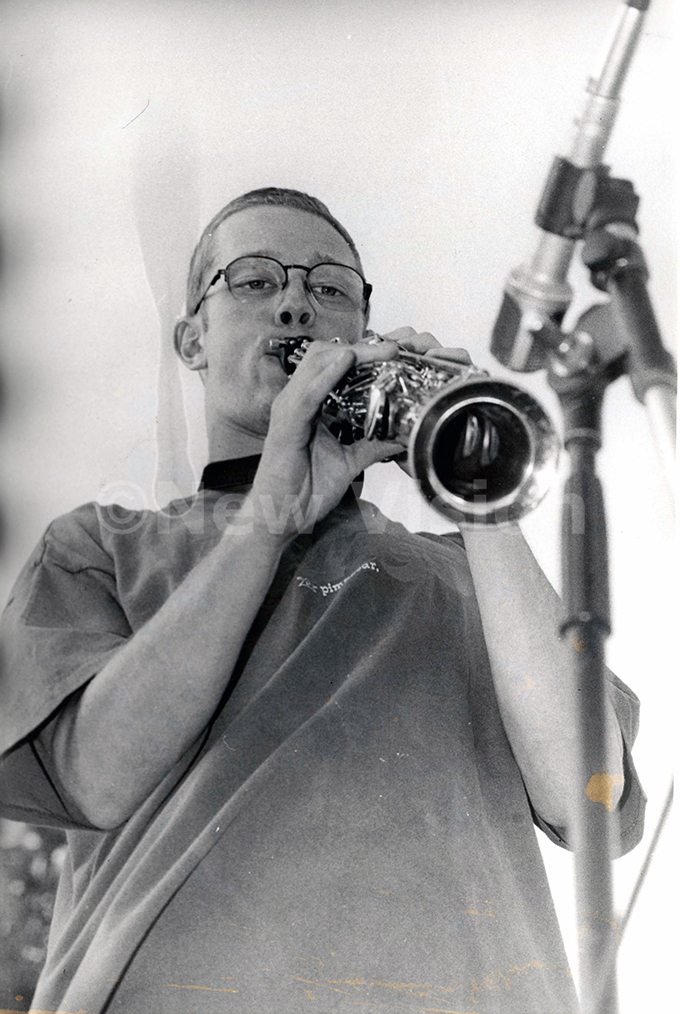 Harry Lwanga and Dennis Asiimwe hosted the Tusker Jazz Jam at Sabrina's pub for several months, and it became a popular place for visiting tourists interested in jazz. One thing I've noticed over the years is that tourists will always find the place where jazz is played, so it's a wonder why pub owners don't take advantage of this.

Then came the Jazz Collective, held every first Friday of the month at the Grand Imperial's Copper Bar. Organised by Robert Kabushenga and friends as an effort to recreate the New Orleans jazz spirit, it drew the crowds and every jazz artist in the country. It would last for most of the year 2013, but then it, too, died. Robert, you still owe us, by the way. 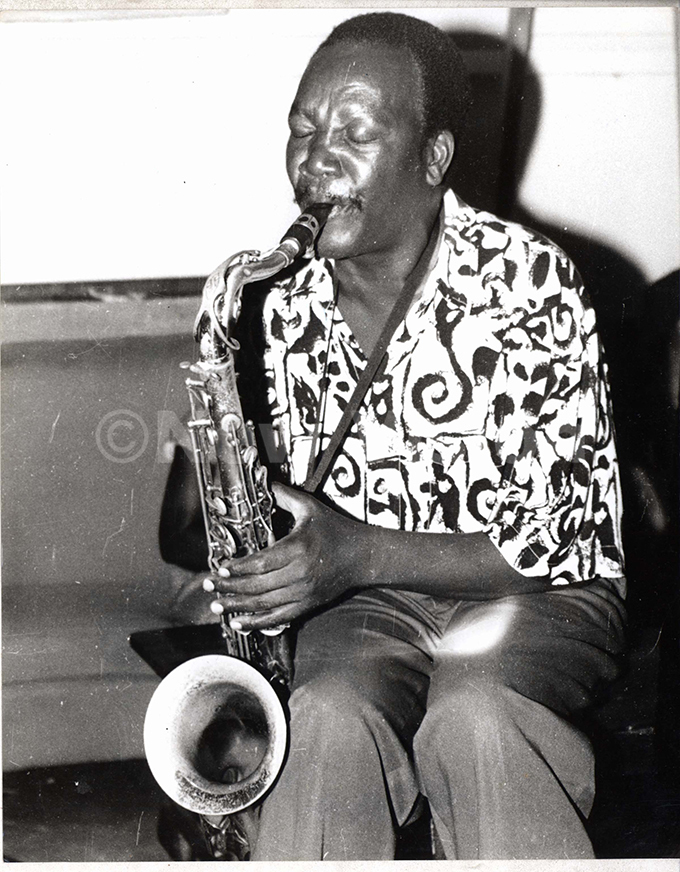 Mansur Bulegeya at Jam Session in the late 90s

In the meantime, Tshaka Mayanja started the Jazz Safari, with the first event taking place at the Ange Noir parking lot in 2008. It would later move to the Serena, but quickly became a place for wannabes to gather and show off their ‘middle class' credentials. But it did keep the spirit of jazz alive, and we watched some very good jazz artists perform live, from Gerald Albright, Jonathan Butler, Hugh Masekela, Kirk Whalum, and others.

But after 20 years of the Jazz Safari, even the indefatigable Mayanja called it quits. Some pubs would occasionally have jazz-themed nights, the likes of Riders, Bubbles, and occasionally Old Timerz. But even those for some reason died away. So that hex against jazz in Uganda still continues unabated. 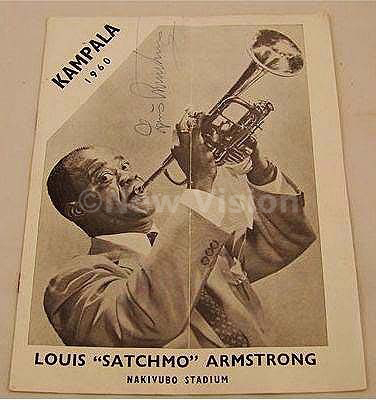