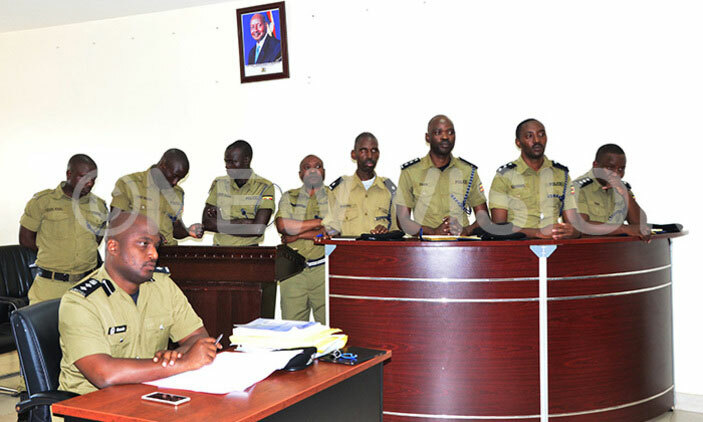 October 22, 2019: On Tuesday Police announced that suspects who had been arrested in connection with the death of Kibirango would now be charged with murder. Kampala Metropolitan Police Spokesperson Patrick Onyango confirmed that police had opened up murder charges against the suspects who included a Uganda Peoples Defence soldier Sergeant Gad Twijukye attached to immigration training school in Nakasongola under a file SD Ref 04/15/10/19. Murder is a capital offence only triable by the High Court. Twijukye was arrested on accusations of participating in mob actions in Mutungo - Kamapala.

September 16, 2019:  Four Police officers arrested over circulating a video of two lovers who were allegedly found making love in a car. A joint security team from the Territorial Police in Kira region and the zonal Field Force Unit (FFU) arrested the four.  They are Cpl Matthew Magala plus police constables Musa Semakula, Yonasani Ndyanabo and John Mayengo, all attached to the FFU.  The incident happened on September 7, at Kakira main gate on Jinja-Tororo highway.

September 06, 2019: Three Police officers were arrested over the murder of a woman at Nambigirwa Bridge in Kajjansi town council along the newly constructed Entebbe-Kampala Expressway. The suspects are attached to the Counter-Terrorism (CT) directorate.  They are Davis Taremwa, Hassan Mugote and Wilson Atwijukire.

April 07, 2019: CID boss arrested over soliciting money from suspect for bond. The officer in charge of criminal investigations at Kabowa Community Police Station, George Ndyanabangi, was arrested following an investigation that exposed Police officers who ask for money before releasing suspects on bond. A Vision Group investigative team caught Ndyanabangi on camera as he asked for sh100,000/- before he settled for sh50,000 in order to release a suspect, Rashid Mugenyi, from custody on bond. 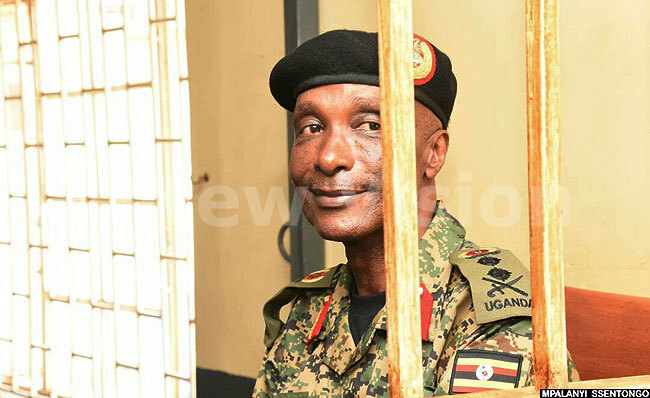 Kayihura in the dock at the General Court Martial in Makindye

June 13, 2018: Former IGP Kale Kayihura was summoned to report at the army headquarters in Mbuya and was informed a military helicopter was being dispatched to pick him from his home in Kashagama, Lyantonde district. Kayihura was staying at Kashagama in Lyantonde since he was replaced on March 15 2018. According to a statement released by the army spokesperson, Brig. Richard Karemire, Kayihura was required to report to the Chief of Defence Forces, Gen. David Muhoozi, at the army headquarters in Mbuya on June 12, as a serving officer.

January 31, 2018: It was scenes of pandemonium at the home of ASP Muhammad Kirumira in Bulenga as Police's Flying Squad stormed his home and arrested him. Kirumira had locked himself in as Police operatives besieged his residence, and had to use a grinder to break in. The Police Flying Squad forced their way through the crowded compound and through the gate. Gunshots were heard as Kirumira was driven off to an unknown destination.

September 13, 2017: Two Police officers arrested for soliciting a bribe. Two police officers attached to Interpol police at Vurra customs in Arua district were arrested for soliciting a bribe. Cadet Officers Solomon Mugume and Raphael Kizza were alleged to have solicited a bribe of sh800, 000 from a South Sudanese in order to release a stolen motor vehicle.

April 19, 2016: Four police officers attached to Paidha Police station were detained over a shooting on in Paidha town council. They included cadet ASP Julius Commander, Steve Lubakwesa, officer in charge of child and family protection unit Lillian Dravuru and Tadeo Cwianyai. The officers were falsely tipped off by one Derrick Balinda who claimed that he was attacked by thugs at Mission Road village in Paidha town which forced the officers to swing into action.

May 19, 2014: Four Police officers at Gaba Police Post in Kampala were arrested over the escape of five suspects from custody. Assistant Superintendent of Police, John Tibanone, who was the officer in charge of Gaba Police Post, together with Nelson Okot, Charles Mpaero and Gala Sebbi, were arrested.  The officers were detained at Nsambya Police barracks on charges of negligence of duty.  The five suspected criminals who led to the arrest of the Police officers escaped from Gaba Police post in the night. The suspects were Warren Ariho, Ali Kachwa, Jaffar Tambula, Swaibu Samanya and Simon Mujuzi. They were arrested at Gaba trading centre on charges of burglary, theft and simple robbery.

September 11, 2011: A Police officer attached to Jinja Central Police Station was arrested for allegedly uttering false academic transcripts. Operatives from the Police professional standards unit arrested Joseph Balisanyuka, who was attached to the general crime squad. It was alleged that in 2002 Balisanyuka acquired transcripts belonging to his brother-in-law in order to join the Police.

January 24, 2010: Two Police officers were arrested in two different incidents in Mityana and Mubende districts. The then officer in charge of Namutamba Police post in Bulera sub-county, Mityana, was arrested over allegations of defiling a 14-year-old girl who was detained at the Police post as a suspect in a money theft case. Samuel Mutinyi was arrested from his office by the district Police commander, Ben Mubangizi and the district criminal investigations department chief, Mary Tusiime.

In the other incident, the then Police officer in charge of Lyangoma Police post in Mubende was arrested over neglect of duty. The regional CID chief, Florence Oloit and officers from Mubende Police Station arrested silver Mwesigye because he illegally released a suspect who had been arrested over suspicion that he had stolen coartem drugs used to treat malaria.

January 03, 2010: Two Police officers alleged to have carried out an illegal post-mortem examination in Kyanaisoke sub-county, Kibaale district, were arrested. The two were alleged to have opened a casket and examined Paul Bisibire's body before the mourners in Mugalike village. They were acting on reports that the man could have died of poisoning.  Francis Tumuhaise, the officer in charge of Kyenzige Police post, was arrested together with his criminal investigations officer, Deo Kusemererwa, because they participated in examining the body of Bisibire.

August 17, 2009: Two Police officers were arrested under the operation code-named Mawagi, which was launched by the assistant Inspector General of Police, Asan Kasingye, to fight the rampant murders in Masaka district. Yoweri Kasasira, 40 and Dauson Haryangana, 24, were arrested for aiding a murder suspect, Moses Mujulizi, to escape from Lyantonde Police Station after he gave them sh100,000/-. 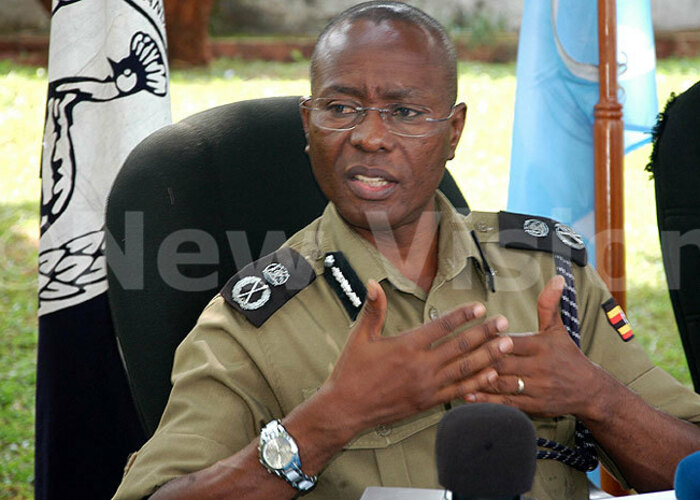 June 24, 2001: Three people including two police officers were arrested on suspicion of being part of a gang that robbed a Busia businesswoman of merchandise and cash. The suspects also allegedly wounded one person. The police suspects were Pc. No 27580 Pulo Magemeso, Pc. No 30562 Asaph Ahimbisibwe and Peter Kigwiri. The two Police officers were attached to Jinja Mobile Police Unit.