Champions KCCA now sixth in the league
Next Story

Three things we learned from Liverpool's win over Man City

Liverpool moved eight points clear at the top of the Premier League and nine ahead of Manchester City with a 3-1 win over the defending champions at Anfield to take a giant leap towards ending their 30-year wait for the title.

However, there was plenty of controversy to accompany that opening gambit from the European champions as in the build-up to Fabinho's goal, Trent Alexander-Arnold handled inside his own area and City claims for a penalty were waved away.

Sadio Mane made it 3-0 early in the second half as the loss of first-choice goalkeeper Ederson to injury came back to cost City as Claudio Bravo failed to keep the Senegalese's diving header out.

Bernardo Silva pulled a goal back as the visitors ended the game camped in Liverpool's half, but there was no miracle late fightback to leave the champions clinging to the defence of their title by a thread. 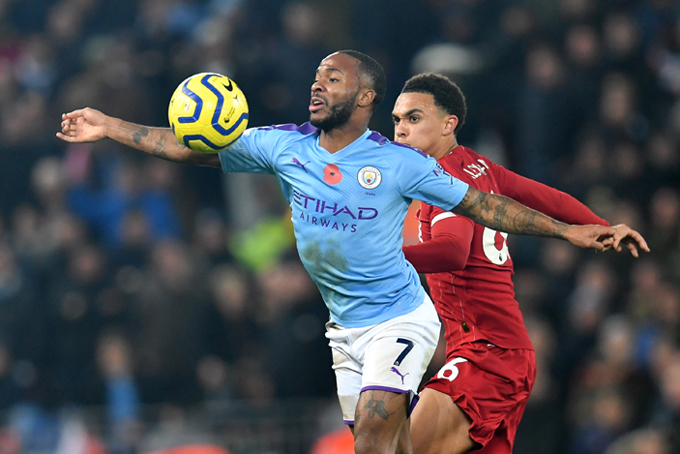 The hosts scored with their first two attacks to leave City with a mountain to climb.

Angelino hit the post and Sergio Aguero pulled the sort of opening he has specialised in burying throughout his City career wide with the chance to bring Pep Guardiola's men back into the game before half-time.

Even after Bernardo Silva's strike to reduce City's deficit, there could have been a nervy ending for Liverpool had Raheem Sterling gone for goal rather than trying to square for Gabriel Jesus.

Instead, the Brazilian's flicked effort was blocked to sum up the difference between the sides.

"People will say Liverpool can only lose it." Liverpool manager Jurgen Klopp is already aware of the narrative that his side will face in the remaining seven months of the season with such a historic prize up for grabs.

There may still be 26 games to go, but Liverpool have lost just one of their last 51 in the league and dropped just two points in their last 21 matches.

Only City's brilliance in winning their last 14 games of the Premier League campaign denied Klopp's men the title last season.

With the champions wounded by a long-term injury to centre-back Aymeric Laporte and without Ederson on Sunday, Liverpool smelled blood and took their chance to land what appears a knockout blow to City's title defence.

The marquee game of the Premier League season was always likely to be affected by a big VAR call and the entire complexion of the game changed in the space of 22 seconds just six minuets in.

City could easily have had a penalty when the ball ricocheted around the Liverpool area and hit Alexander-Arnold on the arm. Had the same incident taken place in the Champions League, it likely would have been given.

But with the Premier League's high bar to overrule the referee's call on the field, City were doubly punished when Fabinho fired home a brilliant strike.

Guardiola sarcastically thanked the officials at full-time, while the absent Ederson posted "the TV guys forgot their glasses at home" on Instagram.