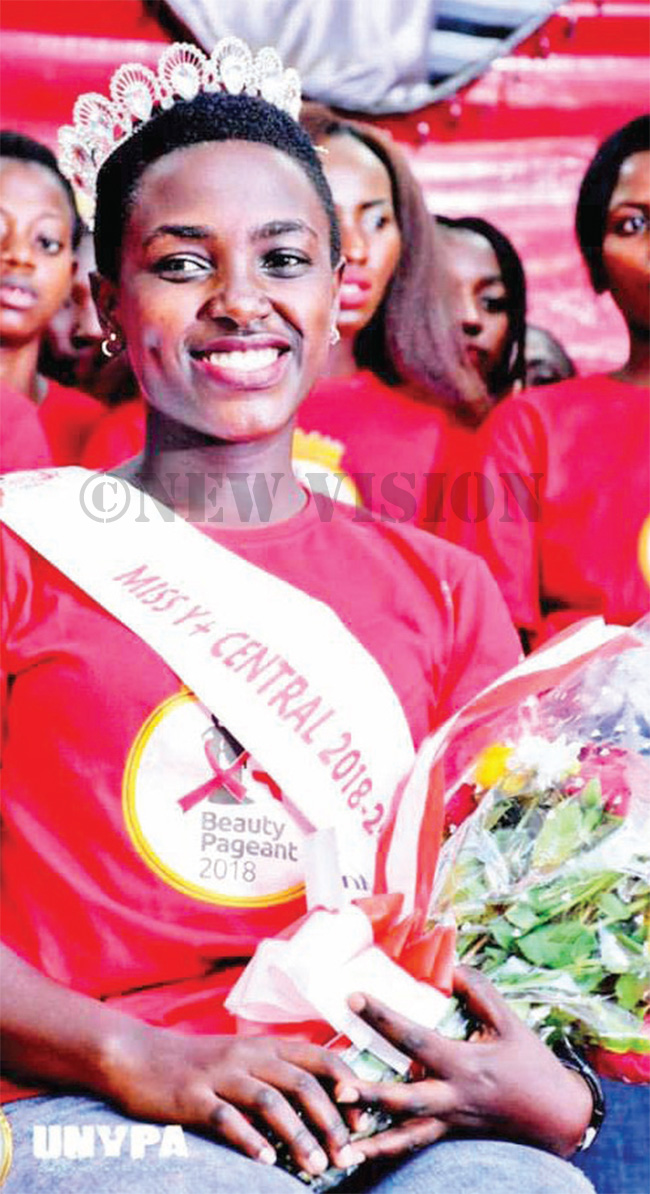 KAMPALA - Ahead of the World Aids Day on December 1, under the theme, ‘communities make the difference' in recognition of roles they play in response to HIV and AIDS, Vision Group is covering the subject daily. For the last few years, the Y+ beauty pageant has become one of the prized events on the society calendar aimed at fighting against stigma about HIV/AIDS. This year's grand finale is on November 22. Elvis Basudde writes

The entertainment calendar has several beauty pageants and, one of which is the Y+Beauty Pageant that has been on for the last five years.

This year's of the grand finale will be held on November 22 at the Sheraton Kampala Hote.

The beauty pageant has, over the years, served as a platform to young men and women (16 to 25 years) living with HIV to become voices to the voiceless, pillars of boldness and strength to those still afraid of HIV testing, these young people also share testimonies of assurance that acquiring HIV is not the end of life. Which is not that easy.

If you asked James Ndalise what he regards the most difficult task in the world, he would, with little hesitation, say it is the fight against HIV/AIDS. However, he stresses that the struggle against HIV/AIDS will never succeed without addressing stigma.

"I have suffered external stigma and I know that it can be more lethal than the virus. After both my parents succumbed to AIDS, my guardians could not stand me because I am HIV-positive. 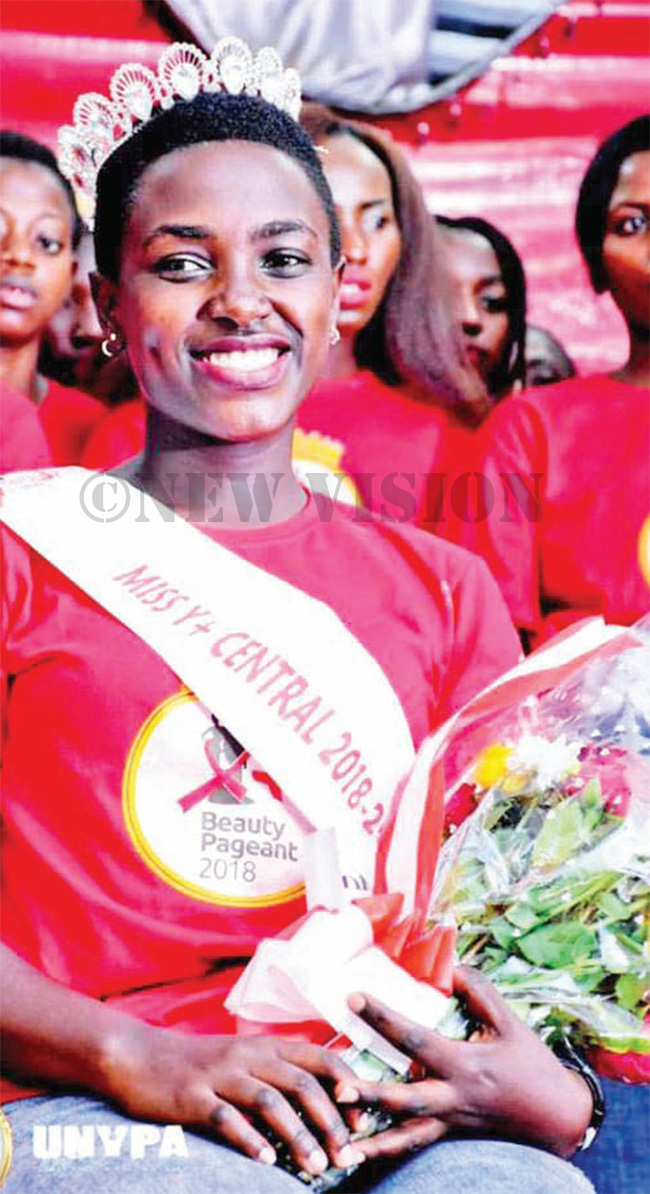 They told me I was going to infect them with my virus," the 19-year-old Ndalise says. He now lives with a Good Samaritan.

The world has been fighting HIV/AIDS for over three decades.

Many countries have increased their response to address the economic, political and social effects of the epidemic.

Uganda is now an international model for a successful fight against AIDS. But one critical concern still largely remains unaddressed.

The problem of stigma and discrimination associated with HIV/AIDS and society's attitude to it is still a big concern.

United Nations Programme on HIV/AIDS (UNAIDS) defines stigma as a process of devaluation of people either living with or associated with HIV/AIDS. Discrimination follows stigma and is the unfair and unjust treatment of an individual based on their real or perceived HIV status.

Yes, it is difficult to say with certainty, whose contribution to de-stigmatising the community about HIV/ AIDS is greatest. 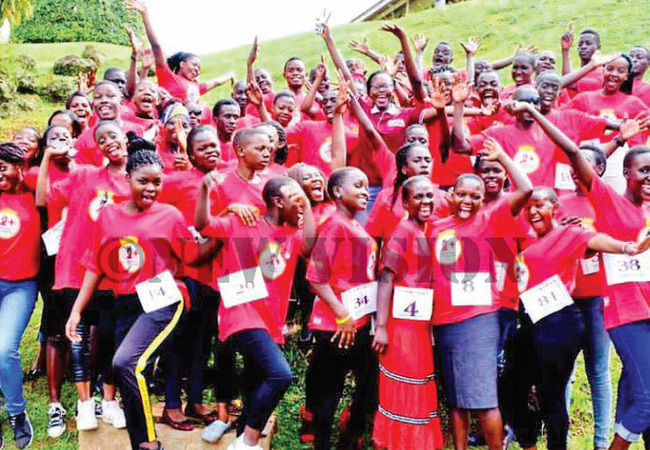 However, without a doubt, the efforts of some young people living with HIV, under the auspices of the Uganda Network of Young People Living with HIV/AIDS (UNYPA), are exceptional.

The courageous young people share their real-life stories and testimonies of living positively with HIV with the hope of empowering others, especially the youth.

Through the pageant, dubbed Miss and Mr. Y+ (young and positive), an annual event carried out countrywide, they fight stigma.

What happens is, the eventual winners (Miss Y+ and Mr. Y+) become ambassadors. All the winners in the pageant work with a network of young people to confront HIV with bold steps.

These people are, therefore, working towards ousting AIDS by 2030, which is the global target.

The inception of the pageant
Botswana, one of the countries in sub-Saharan Africa with the highest HIV/AIDS prevalence rate was the first to have organised a beauty pageant for HIV-positive contestants in 2000. It has since organised over 70 such beauty contests to help reduce the HIV stigma.

Uganda is probably the second African country to organise such a beauty contest, since 2014. Those who have been crowned Miss Y+ and Mr Y+ include the 22-year-old Gloria Nawanyaga, Huzairy Nyanzi, Martha Clara Nakato, Sharifa Nalugo and many others.

The Y+ beauty pageant has had a big impact on the public due to awareness of HIV/ AIDS.

Nicholas Niwagaba, executive director of UNYPA, said the Y+ Beauty pageant is a novel concept that was developed to celebrate beauty with zero stigma and zero discrimination together with having zero new infections and having zero AIDS-related deaths.

"The essence of the pioneering event is to fight stigma and discrimination among young people who are infected with HIV. We want to encourage young Ugandans living with HIV to learn how to live positively, and to help them avoid sleepless nights and worries about their HIV status," he says.

Adding that young people continuously face frustrations that arise from stigma from their guardians, potential employers, relatives, schools and the general public.

This, in the long run, affects their uptake of HIV services from health facilities and adherence to drugs.

He says stigma helps make AIDS the silent killer because people fear the social disgrace of speaking about it, or taking easily available precautions.

Stigma is a chief reason why the AIDS epidemic continues to devastate societies around the world.

"They then become depressed, fearful to disclose their status. UNYPA, therefore, uses the Y+ Beauty Pageant as a tool to uplift the plight of young people living with HIV, amplify their voices and work together with partners to build a strong, energetic, creative, and productive generation," Niwagaba says.

While organising the beauty pageant, Niwagaba says they do not necessarily look at the outer beauty, but brains, confidence, eloquence, knowledge, people who are focused, who can speak, who have information on issues affecting young people. They look out for people whom they can mentor and can drive the theme of "zero stigma" to greater heights. 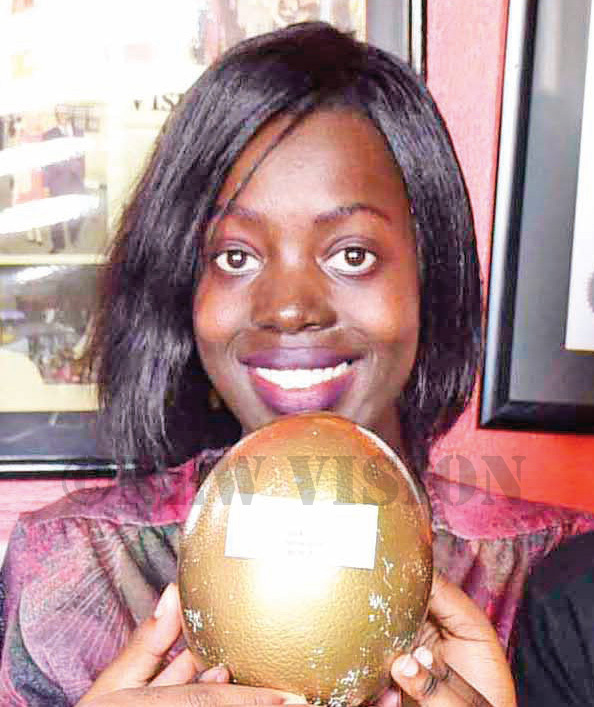 UNYPA wants to supplement the Government efforts aimed at preventing the spread of HIV as well as sensitise the public about the AIDS scourge.

"The number of young people newly infected with the virus was worrying despite the Government's awareness campaigns and achievements," she says.

He regrets that Uganda tops region in HIV with the highest percentage of people between the ages of 15 and 24 living with HIV/AIDS in East Africa.

According to the 2016 World Population Data Sheet, 3.7% of females and 2.4% of males in the age group live with HIV in Uganda, which also ranks ninth in Africa, followed by Tanzania, Rwanda, and Burundi.

UNAIDS's new statistics have indicated that 575 adolescents and young women ( 15-24 years) get infected with HIV on a weekly basis. Do not be deceived, these are not girls born with HIV, but newly infected every week!

When they clock 15 years, they become vulnerable to getting HIV.

Niwagaba acknowledges that many young people are acquiring HIV because they do not have accurate information about the virus. This is one of the reasons why the Y+ beauty pageant was launched to empower and build the capacity of these young to become ambassadors of change in their communities.

All these became ambassadors who have been to de-stigmatising the community about HIV/AIDS. They also sensitise people to fight against stigma and discrimination, and transform lives, especially of young people living with HIV by showing them that they can be stigma-free.

Winners over the years

"The essence of the pioneering event is to fight stigma and discrimination among young people who are infected with the HIV virus. We want to encourage young Ugandans living with HIV to learn how to live positively and to help them avoid sleepless nights and worries about their HIV status." Nicholas Niwagaba, executive director of UNYPA

"I have suffered stigma and I know that it can be more lethal than the virus. After both my parents succumbed to AIDS, my guardians could not stand me because I am HIV-positive. They told me I was going to infect them with my virus." James Ndalise