MENU
In pictures: A look at Kampala's slums
Previous Story

Kintu Musoke: The silent gun who strived to better society

Kintu Musoke, who was Uganda’s Prime Minister from November 18, 1995 to April 5, 1999, has always been a silent but efficacious gun in the political affairs of Uganda.

Kintu Musoke, who was Uganda’s Prime Minister from November 18, 1995 to April 5, 1999, has always been a silent but efficacious gun in the political affairs of Uganda.

Unlike most of Uganda's top-rung political leaders, former Prime Minister Kintu Musoke is not a man you would very often hear about in the news. But when you heard about him, it was really for a strong reason.

Either he had given bitter advice to the country's leaders, or he had sternly criticised them, or he had intrepidly rubbed some feared person or group on the wrong side for the sake of what he believed to be the correct line.

In the same vein, his name might not appear on any list if you asked 100 average Ugandans about their 100 most influential politicians since independence. But if the story of his role in Uganda's political life is compared with the stories of all the other top-rung politicians that have been around, you might not leave Kintu Musoke out of your 100.

To summarise him in a phrase, Kintu Musoke, who was Uganda's Prime Minister from November 18, 1995 to April 5, 1999, has always been a silent but efficacious gun in the political affairs of Uganda. 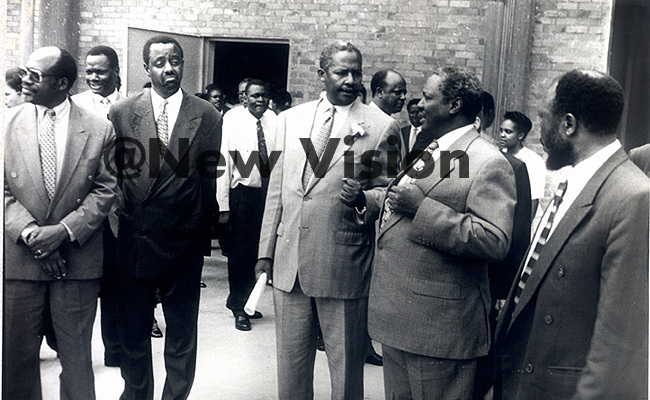 His long-time associate Jaberi Bidandi Ssali said Kintu Musoke was one of the very few politicians to have held top-tier office in the country and served out their terms without a single record of corruption.

"He continues to be a respected elder of the NRM party and government, listened to by all. For that reason he is always called upon to mediate conflicts within the party, or to be part of the party delegations handling sensitive issues," said Bidandi Ssali at the time.

Kintu Musoke frequently stated in various media that he gained political consciousness and got involved in politics when he was only 10 years of age during the 1949 Buganda riots.

His uncle Simeon Kintu was imprisoned for eight years for participating in the riots. From that time, he never looked back on fighting retrogressive forces.

When Kabaka Muteesa was exiled by the British in 1953, Kintu Musoke was a teenage student at King's College Budo and joined fellow students in activism against the British.

From Budo, he should have joined Makerere University for a general degree course, but he wanted a political science course because he looked at a vocation in politics. His luck came in 1959 when he got a scholarship to do Political Science, Philosophy and Journalism at Delhi University in India.

He said the time in India turned him into a Pan-Africanist; for he not only encountered other nationalists from other parts of Africa, but he also realised how small Buganda and Uganda at large were in comparison to the rest of Africa. 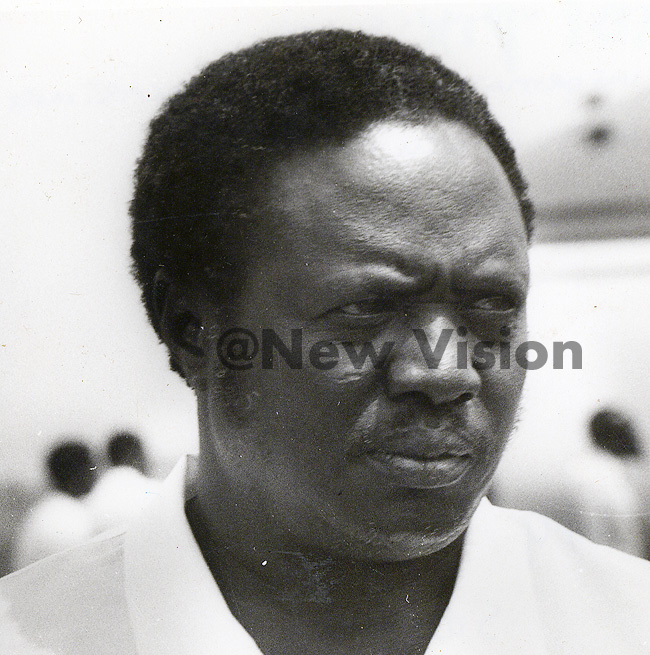 On return in 1963 with a degree in journalism, Kintu Musoke joined Paul Muwanga and Bidandi Ssali to start the African Pilot, a newspaper which represented the leftist wing of the UPC. He said he enjoyed writing for causes as a way of contributing to society through exposing social evils.

Kintu Musoke remained astrong advocate to the cause of journalism, including the welfare of journalists and their freedom, among others.

He was a co-founder of the Uganda Journalists Association alongside the late Charles Binaisa and was currently president of the Independent Media Council of Uganda.

Young UPC activist Kintu Musoke, al-Hajj Ali Kirunda Kivejinja and Jaberi Bidandi Ssali were the young UPC activists of the 1960s. Musoke's joining UPC and not the Buganda-centred Kabaka Yekka (KY) was attributed to the Pan-Africanist view he acquired from India, which advocated for joining of forces across Africa.

He is said to have been a key architect alongside the late John Kakonge and Bidandi Ssali of the breakage of the alliance between UPC and KY, which had been forged before independence.

This he did by diligently opening several UPC branches across Buganda, and defying the agreements that had been made in the KY-UPC alliance. This was apparently because they deemed the alliance was designed to keep Buganda outside the country's mainstream political set-up. 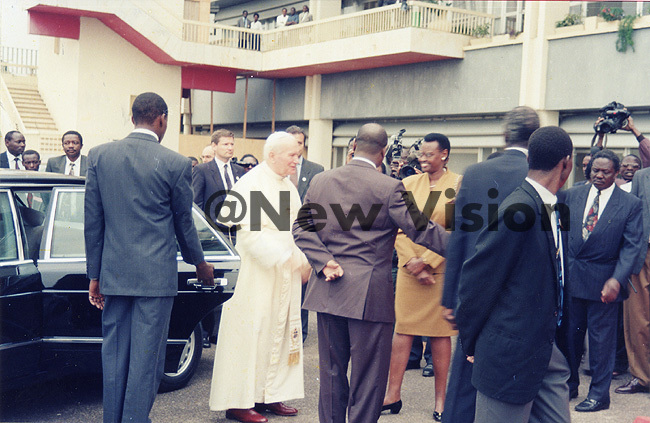 President Yoweri Museveni, his wife Janet and Kintu Musoke welcoming the Pope at Entebbe in February 1993

Shortly after he had become active in the UPC, the party divided into two factions. Kintu Musoke belonged to the group led by Kakonge, which also comprised Kirunda Kivejinja, Bidandi Ssali, the late Wadada Nabudere and the Obote-led group, which included Grace Ibingira and Balaki Kirya.

The disagreement was allegedly a result of divergent takes on the purpose of a political party; the Obote-group taking the party for a caucus around an individual to benefit from their positions, and the Kakonge group taking it for an organ for transforming society.

But other sources allege that the division was along tribal lines, the Kakonge group primarily comprising Baganda and their sympathisers, and the Obotegroup comprising those from outside Buganda. Whatever the causes of the disagreement, a 1965 party meeting expelled Kintu Musoke and 11 others of the Kakonge group from the UPC.

The fight against Idi Amin Upon expulsion, Kintu Musoke turned to private enterprise until 1972 after the botched invasion against Amin by exiles in Tanzania.
Kintu Musoke was kidnapped and taken to Makindye Military Barracks on suspicion of being a UPC collaborator.

In Makindye, he saw the likes of Frank Kalimuzo, Picho Ali and Alex Ojera before they were murdered.

He was released a couple of days later. This was when he joined the anti- Amin crusade, pressuring ministers like Edward Rugumayo to quit Amin's cabinet, meeting Paulo Muwanga and other exiles in Tanzania to formulate plans of attacking Amin. 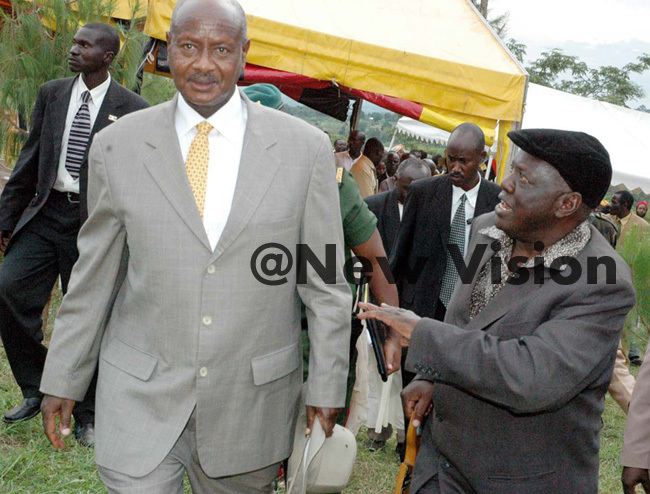 Here, on a tour of Masaka, President Museveni Chats with Kintu Musoke at Lwabenge

After Amin's fall in 1979, Kintu Musoke was among those who formed the Uganda Patriotic Movement (UPM) under Museveni, comprising those who had fought Amin and yet were neither with DP nor UPC.

His influence in the group was such that his home in Lungujja was one of the places where the UPM used to meet to discuss the way forward in the 1980s.
It is where Museveni announced to his colleagues that he was going to wage an armed rebellion against Obote in case he rigged the forthcoming 1980 election.

Political position held Under the NRM, Kintu Musoke was a member of the NRC and also represented Kalungu East in the Constituent Assembly.

He held a number of ministerial portfolios, including state minister for defence and Minister of Information and Broadcasting before being elevated to Prime Minister in 1994, replacing George Cosmas Adyebo.

He retired from the position of Prime Minister in 1999 and is currently Senior Presidential Advisor on Politics. 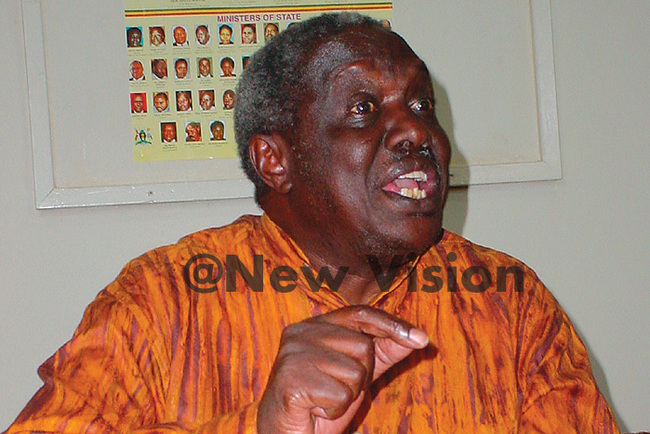 Those who knew him describe him as an independentminded individual with a strong conscience, who offers an honest opinion no matter the consequences.

He was critical about the endless creation of new districts. During one NRM retreat in Kyankwanzi, he called upon the President to disband the entire cabinet, saying it was corrupt beyond repair.

The sixth out of 13 children, he studied at Kabungo Native Anglican Church School and Bwere Primary School.

His family was of the peasant class, as exemplified by the fact that at Kings College Budo (which was exclusively for the sons of the Ganda genteel) he was one of the few students who couldn't afford a pair of shoes and who had no clothes except school uniform.

He lives in Lungujja and is long married to two women, and has several children and several grandchildren.

Fate of evicted MPs to be determined today