Betty Enzaru, the assistant district health officer, Mityana district survived the arm of death after she suffered a stroke.

Enzaru is not alone. There are several people who suffer a stroke and think they are bewitched. 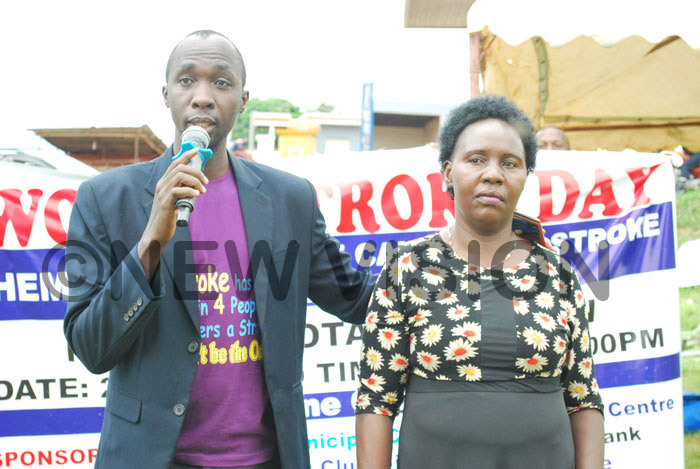 "I was having a meal, I suddenly fall down with a plate in my arms and blacked out. Fortunately, I was rushed to the hospital where I was given first-hand assistance and later discharged to a rehabilitation center for a full recovery," she narrates.

Enzaru is not alone, 85% of people suffer from stroke in Wakiso.

He added that research shows that, in Wakiso 85% of people suffer from stroke.

Bukenya made the remarks during the World Stroke day celebrations which took place on Tuesday in Mityana district, Rotary Garden under the theme ‘1 in 4 persons can have a stroke. Do not be the one'. 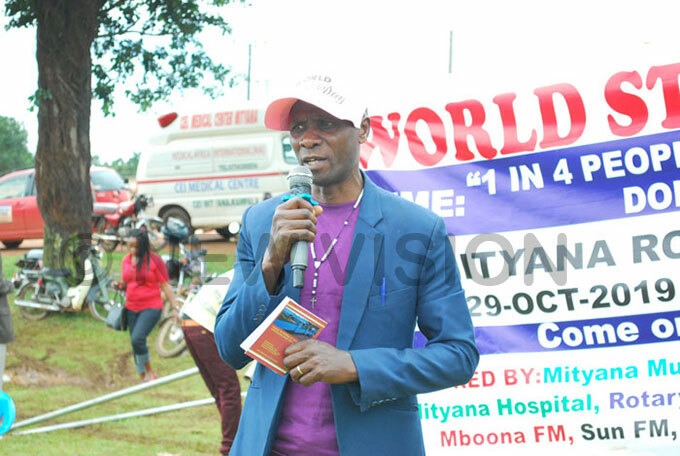 He explains that a study carried by the World Stroke Organization showed that 1 in 4 persons suffer stroke on a daily basis, adding that in the past it was 1 in 6 people.

A study from World Health Organisation (WHO) shows that 15 million people across the globe suffer stroke annually, five million of these die and five million cope with disabilities.

Bukenya said they decided this year's celebrations would take place in Mityana district purposely to spread the awareness gospel because of the assumption that stroke is as a result of witchcraft. 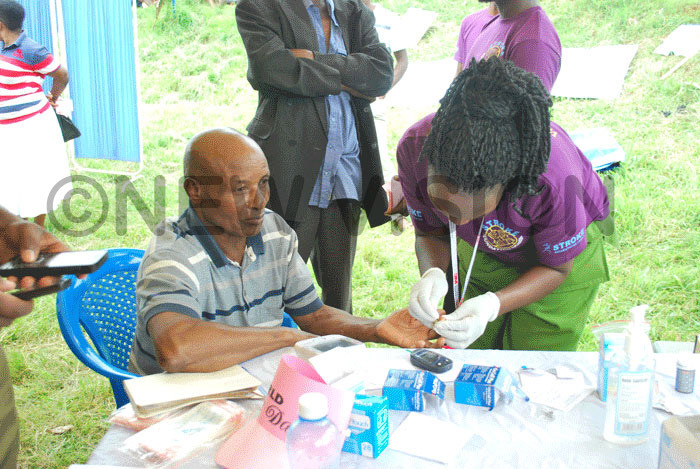 He added that awareness will help Ugandans to understand the benefits of rehabilitation and that a patient can get treatment without being put on medication.

"A patient does not require medicine to gain lost skills but to do organized exercises," he revealed.

On the same function, residents of Mityana were offered free hypertension and diabetes checkup.

Bukenya explained stroke as a brain attack that happens as a result of interruption of the blood flow to the brain hence causing brain cells to die.

He said it affects all ages right from a baby to the elderly. If not immediately attended to, it can cause permanent disability or lead to death.

However, if quickly attended to chances of healing are high.

He stated that stroke recovery is a long journey and requires a patient to have a proper management system which we lack as a country. 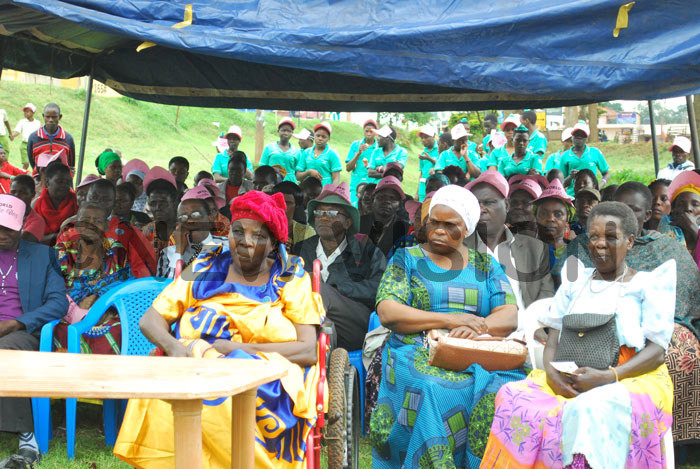 "Unfortunately in Uganda we still lack a stroke management unit. We just have neurological centers in government hospitals. But if a patient is to fully recover, he or she requires an organized treatment from managing hospitals," he explained.

"A stroke patient should first of all be taken to a primary hospital and discharged through a rehabilitation center as a guarantee of his or her recovery," he said. 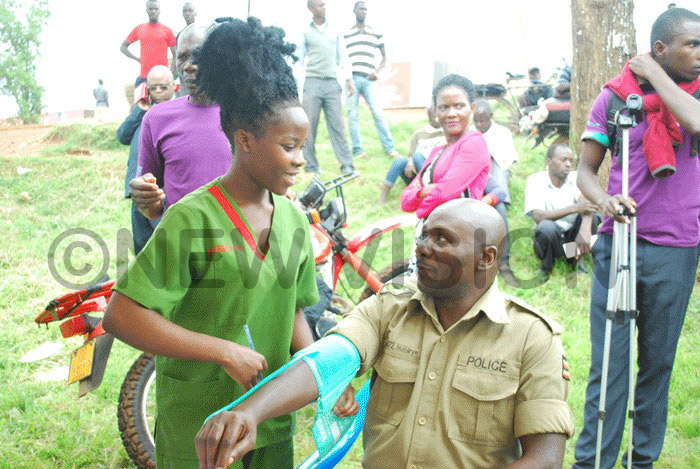 Taylor Caralyn, director Mityana community development foundation explained that the foods we eat highly contribute to stroke attacks. She, therefore, called upon people to always be cautious with the food they eat.

"Whenever you are having a meal, put in mind that you are either feeding your body or a disease," she stated.

She advised people to exercise, eat well and rest as a way of deterring stroke.

Francis Mombwe, the deputy mayor Mityana municipality who spoke on behalf of the guest of honour Esther Ndyanabo, the Mityana mayor also advised residents of Mityana to always go for check-ups. 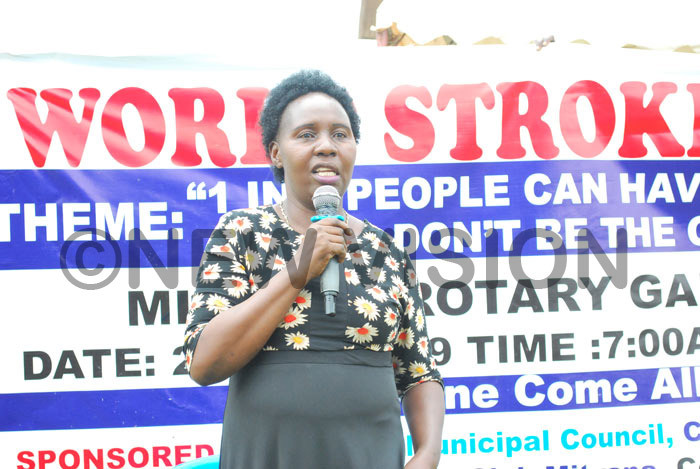 Enzaru survived after she started on physiotherapy which helped her regain her lost skills. She is now able to do most of her work given she is still on treatment," she added.

Enzaru advised the audience to immediately seek for medicinal assistance instead of assuming that they have been bitched.

Bypass to open in June