According to Kiggundu’s nephew, John Sekitoleko, Nannozi took advantage of the absence of the will and, in 1994, acquired letters of administration from Mukono Court.

The disputed land in Kiwanga, Seeta, Mukono district enclosed and guarded by securityintrigue

According to Kiggundu’s nephew, John Sekitoleko, Nannozi took advantage of the absence of the will and, in 1994, acquired letters of administration from Mukono Court.

KAMPALA - A battle over land in Mukono has been raging for 25 years. It pitted family members against each other, drew in Police and RDCs, caused arrests, seven concurrent court cases and still, the end is not in sight. Evelyne Nalule reconstructed the story from 1986 when the controversy started.

Anthony Kiggundu was born to Petero Gwotoyisenaye and Regina Najjemba in 1959. On December 25, 1989, he died in a motor accident and was laid to rest at his ancestral home in Ssenyange, Masaka district. He left no will. And because of that, the land he bought in 1986 has caused a lot of confusion.

In the protracted chaos, families have been broken, more court cases, while accusations and counter-accusations of bribery, forgery, and contempt have caused arrests. Twenty-five years later since one wealthy man came upon the scene, courts have not decided who the rightful owner is.

According to Kiggundu's nephew, John Sekitoleko, Nannozi took advantage of the absence of the will and, in 1994, acquired letters of administration from Mukono Court.

They opened a case against Nannozi at the Mukono Chief Magistrates' Court of Mukono civil suit No. M18 of 1997. They argued that Nannozi was not the official wife and she had only declared her two children.

Nannozi said she got the letters of administration after losing confidence in the intentions of her in-laws.

"When my husband died, my son Kiggundu was two years old and his sister, Nagawa, four months old. My co-wife also had two children at their home in Ssenyange, Masaka district. During the funeral, I was asked to declare what my husband had. I declared the land he had just bought at Kyebando. My late husband's brothers forced me to hand over the land agreement, claiming they were going to build a house for Namusisi's children," she said. 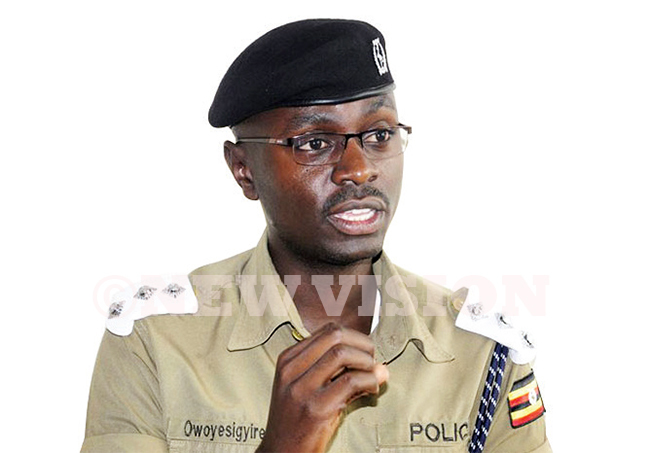 She also alleged that her inlaws came to her home and took Kiggundu's clothes, money amounting to sh460,000 and sold the car, as well as the merchandise which was in the shop.

"They left us with nothing. The people we expected to comfort us instead took all the money and did not give us anything. I carried my children to Legal Aid seeking assistance. They helped me acquire letters of administration over the home where we were staying at Kiwanga-Lwanda, Seeta in Mukono district," Nannozi narrated.

She added that when her late husband's second wife and siblings; Ssenkima and Lukyamuzi, heard that the Uganda Electricity Board (UEB) had compensated her to pass its electric line through the land, they rushed to court, claiming they were the ones supposed to receive the money. I won the case because I had letters of administration. UEB paid me sh9m, which I used to buy land in Mutundwe and build our current house. I have single-handedly raised my children," she said.

After that, the late's brothers sued Nannozi for illegally obtaining the letters of administration.

According to Sekitoleko, the 1997 case took three years and, on September 20, 2000, chief magistrate Musimbi Muse S.L, ordered that letters of administration granted Nannozi to be revoked.

He also put a permanent injunction on dealing with the estate and ordered Nannozi to account for what she had benefited from the deceased's property during her time in the administration.

"However, in 2005, in disregard of the court order, Nannozi sold land to George William Kawooya, a businessman," Sekitoleko said.  However, Nannozi denies selling the land to Kawooya.

"I was also surprised when Namusisi and Ssenkima and Lukyamuzi said I sold the land and never shared the money with the other family members. First, the land in question was not ours. We were living there as squatters. Kawooya bought the land from one Patrick Makumbi and had to compensate us squatters before making any developments on it. We got the money and left. But when Kawooya started developing his land, Ponsiano Lwakataka, Sekitoleko and other relatives of my late husband chased him away," she narrated.

Sekitoleko said they chased away Kawooya because he bought the land fraudulently.

"Makumbi got that land title in 1994 after my uncle had died. He sold the land to Kawooya in 2005, when my uncle's land had a court injunction. If anything, as a squatter, my late uncle's family had the right to buy that land. Kawooya ran to the former Mukono Resident District Commissioner (RDC), John Fisher Kasenge, for intervention," Sekitoleko said.

"He asked the aggrieved parties to show him documents of ownership of the land," Sekitoleko narrated. "When we showed him the court order, he ruled that court instructions should be obeyed. Kawooya was not satisfied, so he went to court."

Kawooya filed a case of criminal trespass before Mukono Chief Magistrates' Court in 2013 against Nannozi, Lukyamuzi, and Rose Nakafero. The hearing of the case is still pending.

In 2016, Sekitoleko says Kawooya again tried to develop his land after the Mukono District Police Commander (DPC), who had stopped him, went away to study.

"We appealed to the acting DPC, Abaho, who again stopped him. But, later, when the DPC returned from his course, he allowed Kawooya to develop the land. We tried to stop him, but he had the Police, army, and guards," Sekitoleko said.

"I bought the land from Patrick Makumbi; I do not know why these people are blocking me from developing my land. I am the one with the land title, I paid all the bibanja owners I found there, these people are not on the list of squatters; why can't I develop my land in peace?"

Kawooya says when he began developing his land, Lukyamuzi, Sekitoleko, and Lwakataka brought him two children, who they said belonged to the deceased, whose mother he had also compensated. They wanted him to give them money equivalent to what he had paid Nannozi's children. It was unfair but he complied.

"To my surprise, after some time, they returned demanding more money. When I refused, they started demolishing my structures. I reported the matter to the authorities and, currently, it is before court," Kawooya said.

According to Lwakataka, a renowned rally driver, their efforts to stop Kawooya seem to have gone down the drain because he has fenced off the land and hired security to guard it.

"The Police have connived with the army, the Directorate of Public Prosecutions, Maestro Security Company Ltd and the Mukono Resident State Attorney, Jonathan Muwaganya, to arrest and open criminal charges against us. Do you know how many cases we have? Seven against us in Mukono.

"There is a pending CID investigation of 2018, a court case against me and Lukyamuzi, three against me and Sekitoleko, one against Abbas Kabuuka and seven others, another against Anthony Lugonvu and another against George William Kawooya. We have been detained at Mukono Police station and jailed at Kauga Prison. Yet, the matter is far from being resolved" Lwakataka said.