Woman of 3 husbands turns to God
Next Story

Following the elections held on 10 December 1980, Muwanga installed himself as the head of the Electoral Commission

Following the elections held on 10 December 1980, Muwanga installed himself as the head of the Electoral Commission

Paulo Muwanga was a Ugandan politician who served briefly as de facto president, and later as prime minister of Uganda. Muwanga joined the East African Posts and Telecommunications Administration between 1943 and 1950 before entering politics in 1950. 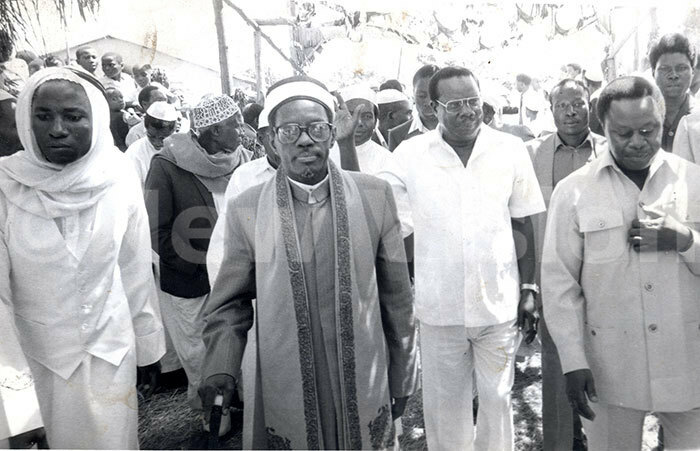 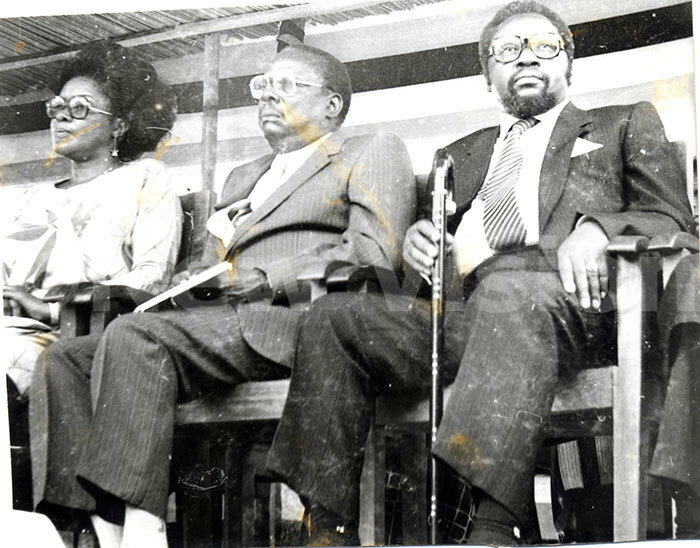 He served briefly as minister of internal affairs, first under Yusuf Lule and then under Godfrey Binaisa. Binaisa attempted to have Muwanga demoted to an ambassador in February 1980, but Muwanga appealed directly to the National Consultative Commission. 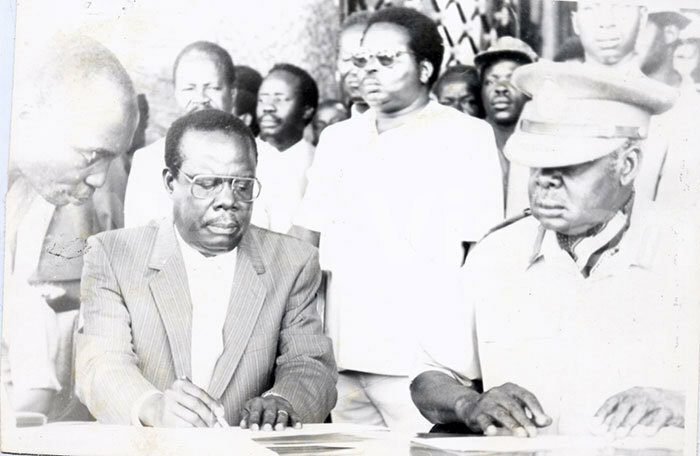 He was reappointed, this time as minister of labour, the same month, and held that position until May 1980. 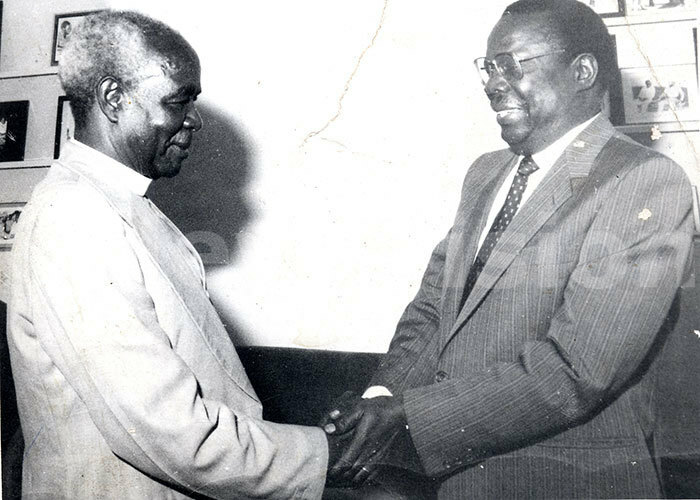 Mzee Paulo Muwanga with Bishop of Namirmbe DR. Nsubuga at a fund raising for the new synod hall 25.02.85

On 12 May 1980, the army overthrew Binaisa and installed a six-man Military Commission headed by Muwanga. The head of the commission was the de facto president of Uganda for a few days until the establishment of the Presidential Commission of Uganda. That commission, with Muwanga as chairman, held the powers of the president of Uganda between 22 May and 15 December 1980. Following the elections held on 10 December 1980, Muwanga installed himself as the head of the Electoral Commission and declared Milton Obote's Uganda People's Congress the winner. 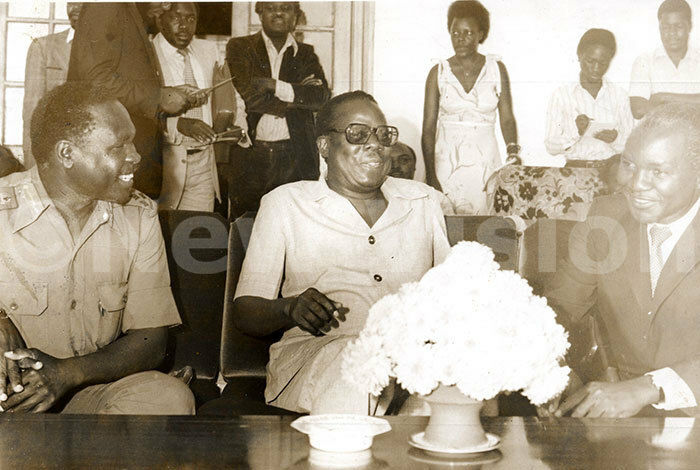 The election results were contested, leading Yoweri Museveni to undertake a guerilla war in protest. 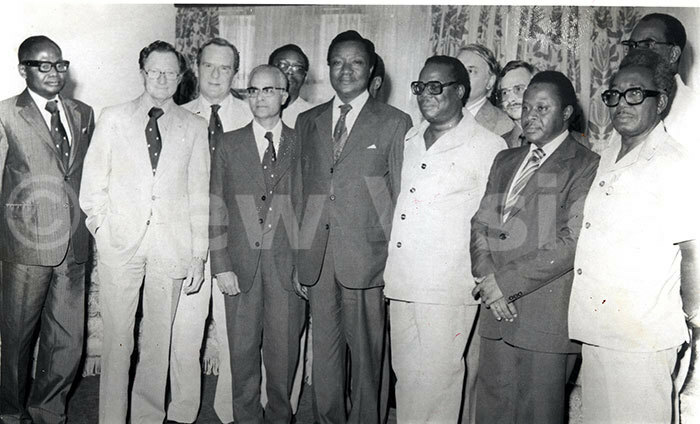 The chairman of the Military Commission Paulo Muwanga (3rd from right) posed for a group photo with the commonwealth observers group for the Uganda elections. 1980

Between 1980 and 1985, he served as Vice President of Uganda and minister of defence under Obote. 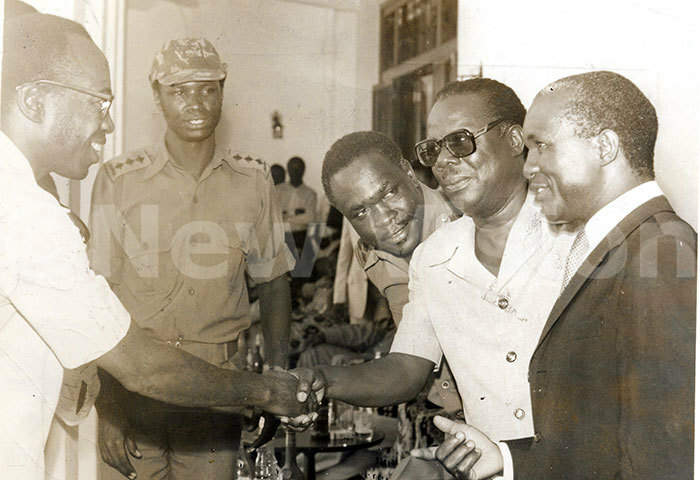 He was briefly prime minister of Uganda July and August 1985 under President Tito Okello before being succeeded by Abraham Waligo. 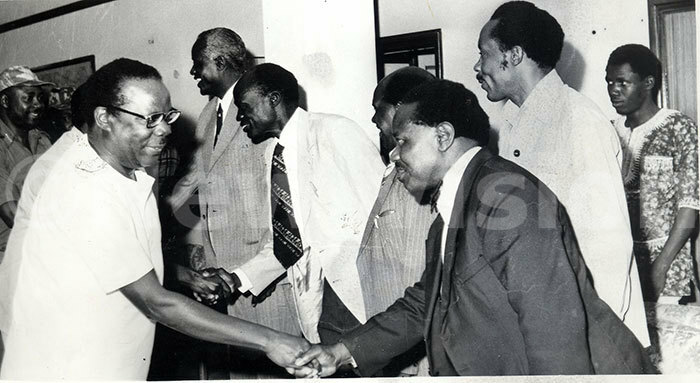 Chairman of the Military commission, Paulo Muwanga congratulates members of the E.C. at Parliament.

Do a quarterly review of your finances

What is the state of your household budget?

Have you stuck to your financial targets this year?