Uganda spends US$400 million on ARVs
Next Story

Ugandan celebrities that have been to prison

Luxury and intensive publicity come with a price and this why many of the popular personalities in the country have found themselves in jail.

Luxury and intensive publicity come with a price and this why many of the popular personalities in the country have found themselves in jail.

Shanita Namuyimbwa aka Bad Black being escorted by Luzira Prison warders. File Photo
Everyone yearns for a good life. The reason some people chose the introvert's way as they do not seek and are not moved by public hype.
However, those who chose both a fast life always find themselves caught up in awkward situations that they sometimes fail to find a way out.
Luxury and intensive publicity come with a price and this why many of the popular personalities in the country have found themselves in jail.
Bad Black
Shanita Namuyimbwa aka Bad Black got her name written all over after splashing money on both exclusive social events and in night clubs. In 2012, Black was arrested and in July that same year, she was convicted of embezzlement and conspiracy to defraud a company she started with her ex-boyfriend David Greenhalgh alias David Green of sh11 billion.  She was sentenced to four years in jail by the then presiding Judge Catherine Bamugemereire.
In her defence, Black indicated that she had a right to the funds as a co-director of the company.  Green met Shanita at Rock Gardens Bar and Restaurant on Speke Road in Kampala in 2009 and the two started a romantic relationship. Their relationship blossomed into a money-making idea of a real estate business that was later named Daveshan Developments Uganda Limited and a dollar account for the company was opened with Shanita as the sole signatory to the account.
Black took advantage of the situation and always withdrew all the money Green deposited on behalf of the company. Trouble came when she asked for more money and Green had to fly in to first see how far the business had grown and to his dismay, he had been conned.
While serving her sentence, Black through her lawyers convinced the judge and was granted 100M cash bail to go to Dubai for breast implant removal.
She was later arrested again in Rwanda at Kigali International Airport trying to jump bail over charges of fraud and A traffic offence as she had injured a family, a man, his wife and their six months old baby who were traveling on a motorcycle as black was driving her Mercedez Benz.
A few months later after serving four years in jail, Shanita was again arrested for allegedly faking her own child Jonathan's kidnap and reported the case at Katwe Police station.
It was later discovered by the Police that black had raised a false alarm as the boy was residing at a hotel in Nairobi and Black's fault was a failure to clear hotel bills.
A true lover of trouble, Black was again summoned by the Police for allegedly abusing President Yoweri Museveni.
Meddy Ssentongo
Meddy Sentongo was Bad Black's co-accused as he was her accomplice in splashing and spending Green's money. He was charged with conspiracy to fraud as it was stated that he conspired with his lover Bad Black and they conned Daveshan Developments Uganda Limited. He was sentenced to eighteen months in prison in July 2012. 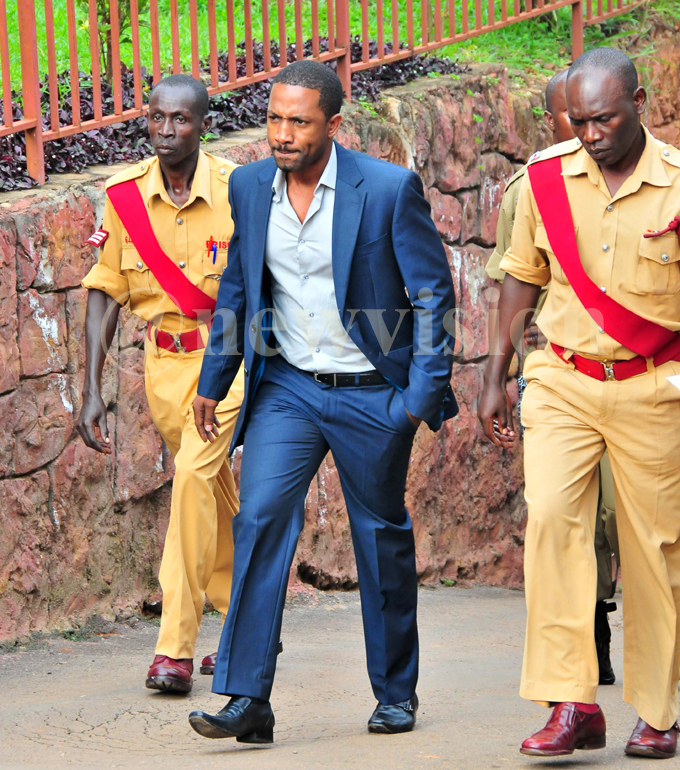 Meddy Ssentongo walking to court before he was sentenced to 18 months in Prison by the Anti Corruption Court on July 12, 2012. File Photo

Socialite Brian Kirumira alias Brian White came from nowhere and started splashing money in Kampala.
His arrest came after he was accused of shooting his neighbour Victor Bitwire from Munyonyo- Buziga in Makindye. He was held at Kabalagala Police Station and later remanded to Luzira over charges of attempted murder. 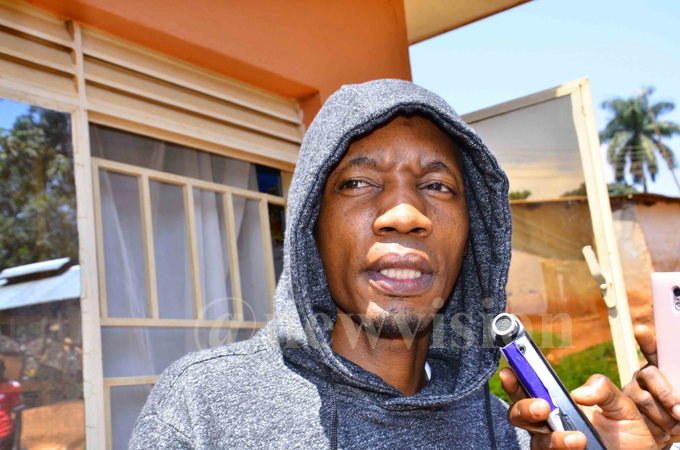 Michael Ezra
Sunspace International's founder Michael Ezra was arrested in 2011 by the Kenyan Police for allegedly issuing a bad cheque of $200,000 knowing that his account had insufficient funds. He allegedly disappeared after issuing the cheque. He was arrested after the Ugandan Police joined forces with their Kenyan counterparts to hunt for him.
His lawyer, however, claimed that Michael was being framed by a Kenyan businessman who wanted to extort money from him. 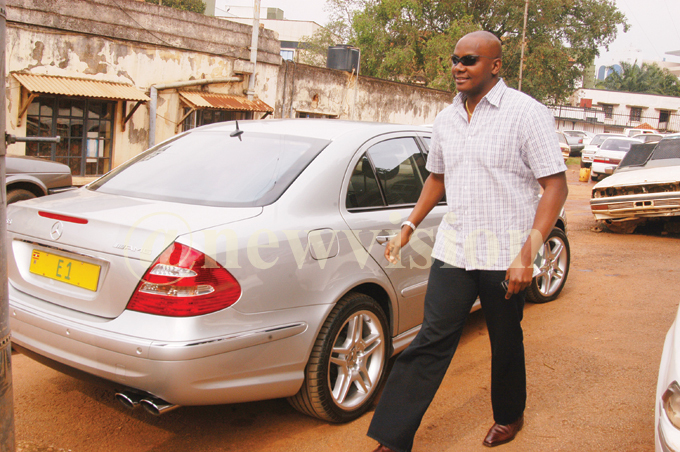 SK Mbuga
Money bag Sulaiman Kabangala aka SK Mbuga was arrested in Dubai in 2018 over fraud that involved Dubai and Oman based businessmen. He spent over a year at Al Awiir Central Police Station in Dubai, UAE.
Kabangala was forced to sell some of his most expensive and best cars to get freed from Dubai jail.
It is also alleged that together with his wife Vivian Chebet, they got involved in a fraud case in Sweden that was attached to a fake gold deal.
SK spent one year and nine months in Dubai and Swedish jails and was released on September 27, 2019. 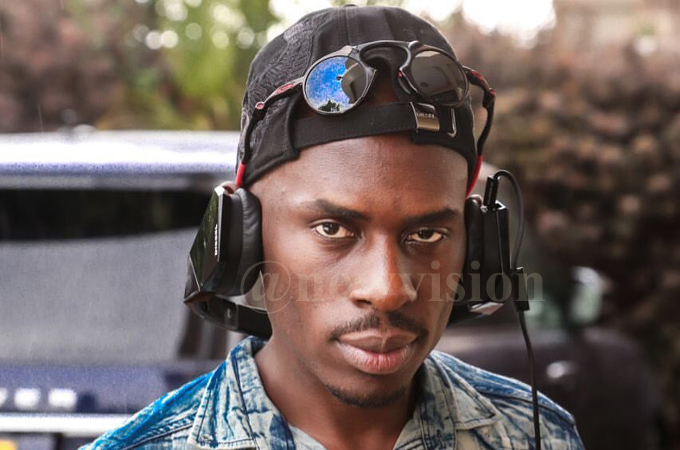 Kabangala aka SK Mbuga has just returned from a Swedish jail. File Photo

Angella Vivienne Chebet Mbuga
SK Mbuga's wife was early this year arrested over money laundering claims and was detained at Katwe Police Station on a case of defrauding 53 million Krona from her Swedish boyfriend Sten Heinso. The prosecution alleged that in 2015, Vivian received sh152.8 million, shsI67.6M and shs107.6M from Sten pretending that it was to facilitate a gold deal. Before her arrest in Uganda, Chebet had already appeared in a Swedish court in February 2017 but jumped bail and found her way to Uganda. She was remanded to Luzira prison in March and granted a cash bail of sh20m in April. 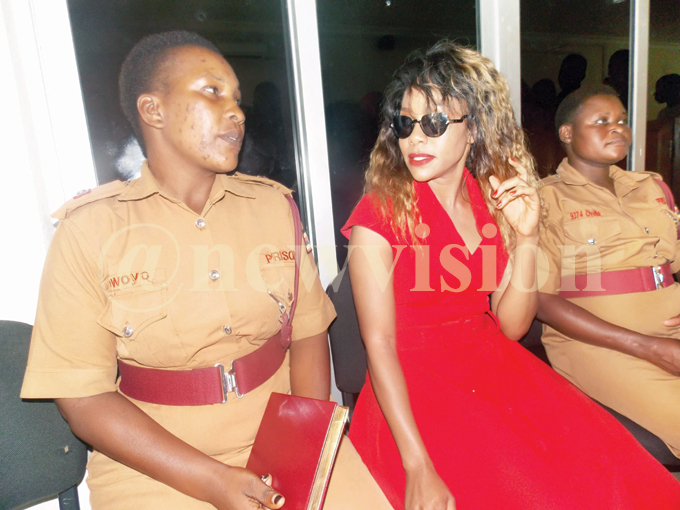 Promoter Sipapa
Known for spending money on his two girlfriends Brown Shuga and Serena Bata, Charles Olim also known as promoter Sipapa was arrested for domestic violence in May 2018 after he allegedly beat one of his girlfriends Brown Sugar.
In September, the same year, he was detained at Kira Police Station over assaulting a journalist who was recording him as he was being evicted from his house over failure to pay rent.
It is also alleged that Sipapa was shot trying to break into a home in Kololo. It is claimed that the burglary incident was not the first time he was involved in the act as musician Jose Chameleon accused him of terrorizing Prince Charles Avenue in Kololo. God's Plan
Ali Marcus Lwanga, a British citizen of Ugandan origin, popularly known as socialite Sheila Gashumba's boyfriend is an ex-convict. He was arrested for high-level robbery in 2008 as he was the mastermind for many cash transit robbery cases in the United Kingdom
Marcus as Sheila calls him used to set up a team of juveniles to heist money carrying vans as he monitored from a different location.
According to the Daily Mail, a British tabloid, in less than two months, Ali had masterminded over nine robberies and they earned him his fortune.
He was traced using smart water that had stayed on the cash and his cloth during the theft. BBC reports that Ali was the first convict to be arrested using the smart water dye technology in 2008.
Frank Gashumba
The controversial political commentator was arrested in 2107 over fraud, forgery and narcotic drugs. He was arrested at the CMI headquarters in Mbuya while he was follow8ing up his brother's arrest.
Gashumba, his brother Innocent Kasumba and a one Ismail Kiyingi were arrested for impersonating as ministry officials and had plans of fleeing investors. 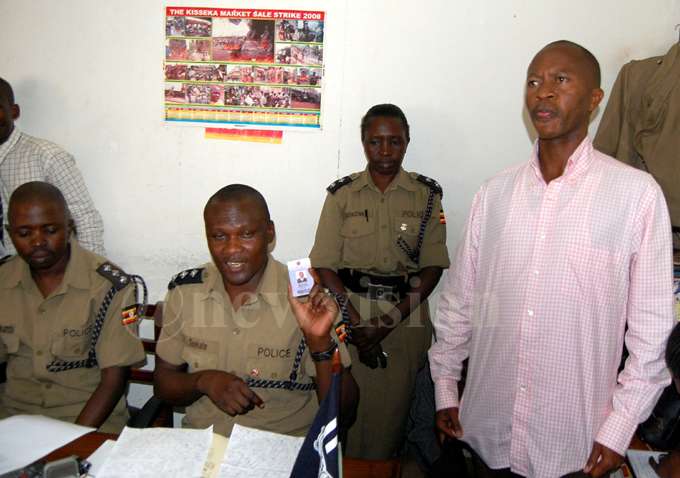 Gashumba (right) was paraded before the press after his arrest. File Photo

Pine trees have pros and cons