Some of the participants what the training. Photo by Racheal Nabisubi

Dr. Daniel Byamukama, the head of HIV prevention at the Uganda AIDS Commission (UAC), said Uganda is unlikely to meet the targets.

The Joint United Nations Programme on HIV/AIDS (UNAIDS) report currently indicates that only 84% know there HIV status, 87% are receiving ARVs and 88% on viral suppression. Byamukama explained that the number of people contracting HIV has more than doubled. "We are also not doing well as regards to HIV prevention," he said.

According to 2018 UNAIDS reports, over 53,000 people are infected with HIV, and there are 26,000 AIDS-related deaths. Speaking on the sidelines of the Health Journalists Network in Uganda (HEJNU) meeting in Kampala last week, Byamukama revealed that a number of challenges are derailing them from achieving the 2020 epidemic control target.

He revealed that stigma is still one of the biggest challenges, and some people are still shy to know there HIV status.

He emphasized that those who know there status are still scared to go for treatment. He added that non-adherence to treatment is another challenge.

He cited cases of mothers who go for antenatal services and when they establish they are HIV positive, they do not take the medication which would have prevented transmission to the babies. 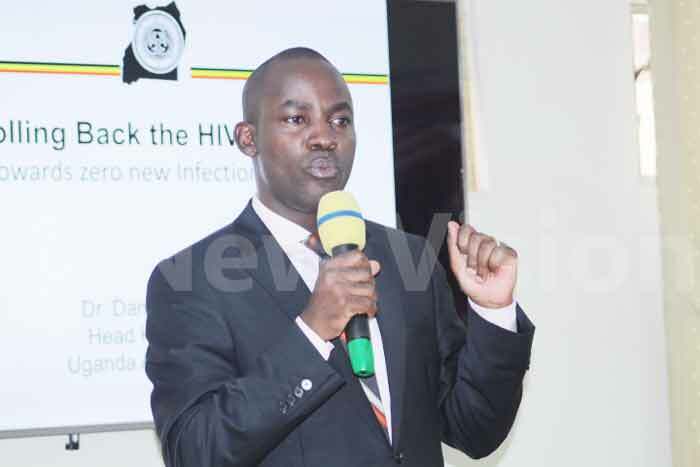 "These mothers pose a risk to themselves and there babies. Also, the number of people living with HIV who fail to take there ARVs is still high," he explained.

There are about 200, 000 out of 40million people in Uganda know there status, and there are 1.3m people living with HIV/AIDS. Byamukama also observed that there is a reduction in condom use.

"We are seeing a negative trend in condom use, yet they (condoms) used to be the main method of HIV prevention for sexually active people," Byamukama said. He added that they would like to see people get back to using condoms until they finish the battle of ending HIV in Uganda.

Sylvia Nakasi, the policy, and advocacy officer, Uganda Network of AIDS Service Organizations (UNASO) said a voluntary male circumcision is an important tool in the HIV prevention tool that needs to be embraced by both male and female in terms of information sharing. 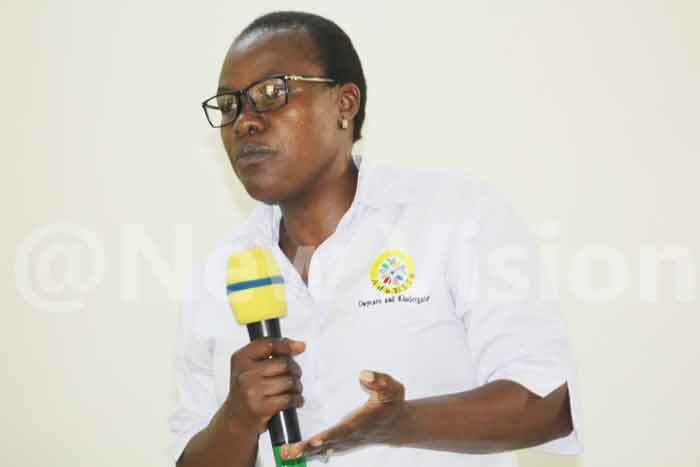 "When we are drafting the circumcision messages, we need to also target the female partners because they are key players in supporting there husband especially when it comes to wound healing and managing the wound," Nakasi said.

She added that they also support there husbands to abstain from sex until the six weeks elapse for the wound to heal.

Byamukama called for dialogue to change people's mindset and attitude in regard to HIV.

"If we do not stop the stigma associated with HIV in Uganda, I am pessimistic that our goal of ending new HIV infections in Uganda will be realized," he said.