Speaking to New Vision yesterday, Ssali’s lawyer, Simon Kasangaki, argued that his client is not a moneylender and that he never lent money to Kajura, but bought land from him.

Speaking to New Vision yesterday, Ssali’s lawyer, Simon Kasangaki, argued that his client is not a moneylender and that he never lent money to Kajura, but bought land from him.

The ancestral land and country home of former deputy premier and banker, Mzee Henry Kajura, is being claimed by a city moneylender.

The palatial home and land, measuring over 50 acres, is located at Nyakafunjo village in Kitoba sub-county, about 11km from Hoima town. The place also includes the family cemetery. The purported moneylender, Abdu Ssali, is already in possession of the title for the chunk of land and home.

Ssali told New Vision yesterday that he is seeking to secure a court order to evict Kajura and take possession of his property. He argued that he did not lend Kajura money, but bought the home and land from him about four years ago.

New Vision learnt that Ssali, a resident of Bweyogerere, a Kampala city suburb, reportedly lent Kajura sh500m in 2015, during election campaigns. It has not been established why Kajura borrowed the money, but there were reports that he needed the money for campaigns. 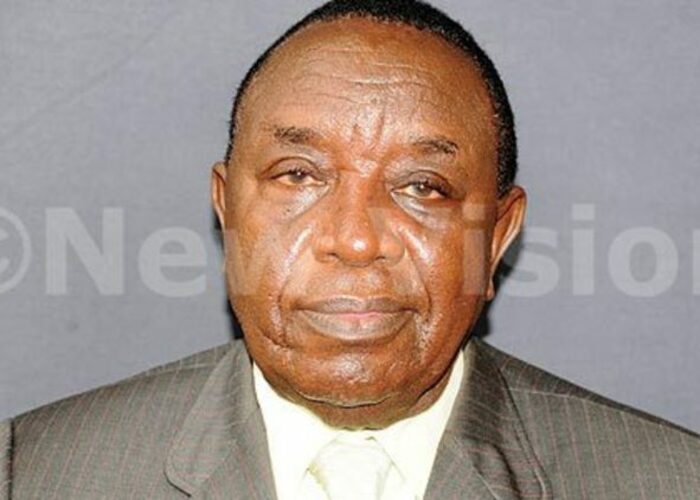 Other sources said Kajura, the National Resistance Movement chairperson for Hoima district, expected to pay back money after receiving compensation from the Government for his land in Kyangwali.

Kajura said he was among the people whose land was affected by the Kyangwali Bahuka (escarpment) road project in Masindi district. The land in question comprised LRV HOT39 Folio plot 85 Buhanguzi Block 3, at Kyangwali.

Kajura noted that the said land was earmarked and taken by the Government for road construction, which is being carried out by CNOOC. However, he has not been compensated to date. According to a source close to the family, Kajura borrowed about sh350m from Ssali.

However, the agreement with Ssali purportedly said he had sold land to him. The former deputy premier reportedly also agreed to surrender to Ssali the title for the land, including all the developments thereon, upon complete payment. Speaking to New Vision yesterday, Ssali's lawyer, Simon Kasangaki, argued that his client is not a moneylender and that he never lent money to Kajura, but bought land from him.

He said he has an agreement to that effect. A close relative of Kajura, who preferred anonymity, claimed that the family had paid Ssali about sh900m, to settle the matter, but to there surprise, Ssali has to date declined to return the land title.

"We cleared the loan, but to our surprise, the moneylender has refused to hand over the title. This is why we have decided to take the matter to the court," the source said. Kajura reportedly got the contact with the moneylender through a friend. Kajura's son, Victor Kajura, declined to comment on the matter, saying it was sub-judice.

"This matter is in court. I do not think it is right to discuss it in the media. Let us wait for the outcome of the court process," he said. When New Vision requested to speak to Kajura, the son declined, saying: "He no longer speaks on phone." Kajura's family lawyer, Yese Mugenyi, also argued that the matter is in court and should not be discussed in the media.

"The matter is grossly distorted and politicised. As lawyers, we are trying to have the matter resolved in court. Please let the court process take it's course," he said. However, Kasangaki dismissed arguments by Kajura's relative that he borrowed money from Ssali. He also wondered why Kajura has not handed over the property as agreed in the sales agreement.

Money lending business
The business of money lending in Uganda is regulated under the Tier 4 Microfinance Institutions and Money Lenders Act, but most of the activities are still done informally and underground. Under the law, one must get a licence to act as a moneylender. However, there are hundreds of unlicensed moneylenders in the country.

Because they operate illegally, such moneylenders sign ‘sales' contracts for property with the borrowers. As a result, many borrowers end up losing the property to the moneylenders. Under the law, the penalty for operating as moneylender without a license is sh4m at the first instance, and sh8m if found to be operating without a licence subsequently.

WHO IS KAJURA?
Considered as one of the senior citizens, Henry Muganwa Kajura, held many senior positions in the Government, including governor Bank of Uganda and managing director of the defunct Uganda Commercial Bank.

He served as the First Deputy Prime Minister, Minister of Lands and Minister of Public Service, before retiring from elective politics.

Race for Hoima seat hots up

Race for Hoima seat hots up