Filda Lamu a machine operator at the Agilis farms.

A 2015 report by the World Bank Group and the ONE Campaign titled, "Levelling the Field: Improving Opportunities for Women Farmers in Africa," notes that women play a vital role in Uganda's rural agricultural sector and contribute a higher than average share of crop labour in the region.

"Women make up more than half of Uganda's agricultural workforce, and a higher proportion of women than men work in farming—76 percent versus 62 percent," reads the report in part.

It further states that women makeup 50 percent of the agricultural labor force in Sub-Saharan Africa, but manage plots that are roughly 20-30 percent less productive.

"Closing these gaps would not only improve the income of female farmers but benefit families, communities, and economies, boosting the kind of inclusive growth that makes whole countries more resilient," reads the report.

Agriculture being the backbone of Uganda's economy, it employs 70% of the population, and contributes half of Uganda's export earnings and a quarter of the country's gross domestic product (GDP). 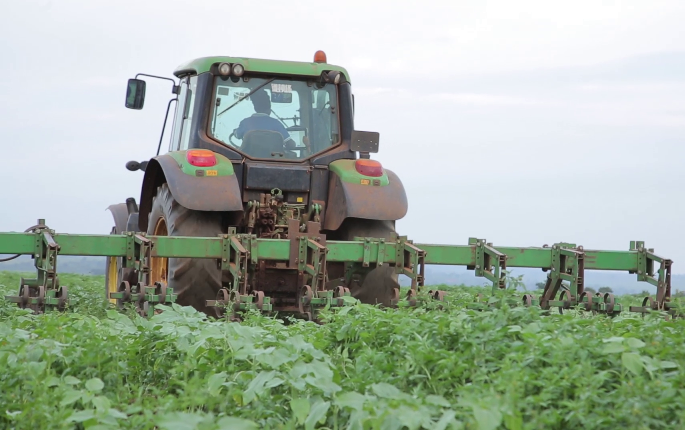 One of the female tractor drivers at the Agilis farms.

However, economists say less than 5% of people employed in Uganda's agriculture sector are in wage-earning jobs. This essentially means that the population is spending a lot of time in agriculture but not in a commercial setting, earning little as a result.

Agilis Partners, an agriculture development company and one of Uganda's largest maize and oilseed farming companies and exporters has a deliberate company policy aimed at improving the fortunes of women in the sector.

Carolyn Aoja, the finance manager at Agilis Partners explains that 50% of the company's top management is composed of females.

"It is so awesome to work with ladies and uplift each other in the process, build the company together for the betterment of our nation. I joined this company when I knew very little about the sector but I have since learned a lot and grown both as a person and professionally. The company enrolled me for an ACCA Course and I am eternally grateful for the opportunity," she said.

"When people think about the agriculture sector, they think about the rudimentary way that we grew up seeing within our communities. I have since learned the potential that this sector has and have become a strong advocate for agriculture modernisation." 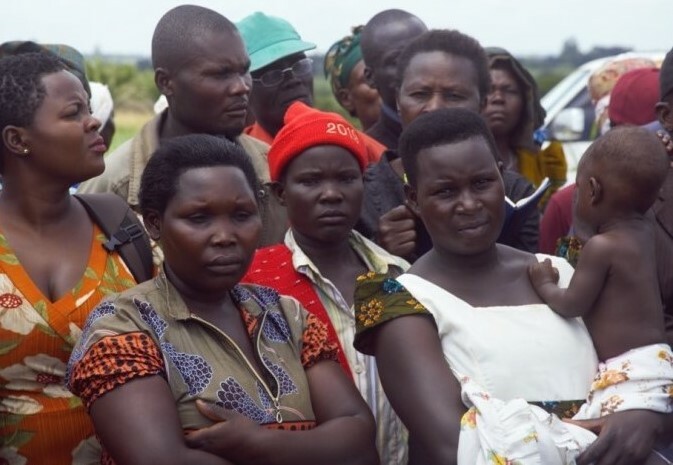 Women attending a farmers' day event at the farms.

Benjamin Prinz, the managing director and co-founder of Agilis Partners says that the company made a decision to increase the number of women in wage-paying jobs.

"As a company, if we had two candidates who were exactly the same on paper, we would pick the woman. This is because generally, if you can help a woman feed herself, then she is going to feed her family. Sometimes, the money a man receives may go somewhere else. But that goes without saying that we have more men in our company," he states, adding, "We believe that nothing makes a man a better tractor driver or machine operator than a woman. This does not mean that we do not take the men seriously because we actually employ many of them given the physical demands of some of the tasks at the farm."

The report, which provides a historical review of the sector, notes that rising population and growth of incomes have increased the demand for food and agro-processed products.

Filda Lamono, a tractor and machine operator says she has been able to look after her parents and also pay school fees for her siblings from the money she earns from the farm.

Lamono who hails from Amuru district says, "Some people came to our village and asked for girls who wanted to learn new skills in agriculture. Five of us enrolled and today we are all working here at Agilis. The experience I have learned is very helpful. When I came here, I knew nothing."

Challenges notwithstanding, Ugandan agriculture has enormous potential to transform the economy and make farming much more productive and profitable for Ugandan smallholder farmers, the report says.

In stark opposition to supply-side constraints, demand-side opportunities for agriculture and food for Uganda and its neighbors are the strongest they have ever been, according to the report.