As it happened: Uganda Today - Thursday, O...
Next Story

Roy Nsereko was a patriot

KAMPALA - Patriotism, if well understood and embraced, can enhance national transformation as well as sustainable peace and development.

Interestingly, there are some admirable Ugandans who assimilated the principles of patriotism, even before the policy became much pronounced.

One of them is Roy Rusticus Busuulwa Nsereko, a former marketing assistant and sales manager at Uganda Coffee Marketing Board.

He also enhanced Uganda's development through his active involvement in the activities of the Catholic Church. The establishment of Rubaga Cathedral National Foundation (1989), an organization that mobilises Catholic professionals to support and maintain the projects of the Church, is attributed to Nsereko. The eventual establishment of Uganda Martyrs University, Nkozi is also attributed to the goodwill, hard work and support of Nsereko and his colleagues. 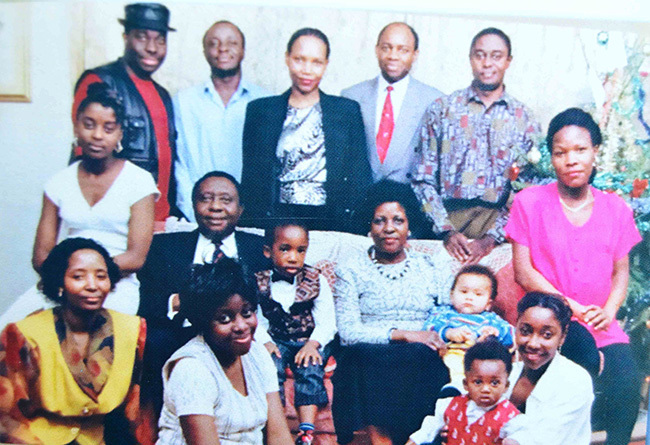 Nsereko (second row, second-left) with his family in London

The former headteacher of Trinity College Nabbingo, Coltilda Nakate Kikomeko, is one of the ardent admirers of Nsereko.

"His moral, financial support and charity contributed enormously to the legacy of Trinity College Nabbingo. We, the alumni of TRICONA, have sweet memories of our pioneer Ugandan headteacher, Margaret Mary Nakatudde Nsereko, who laid a firm foundation for indigenous Ugandan administration at the school.

"Under Nakatudde's leadership, the school developed. She had an unrivalled commitment to the girls.

During the civil war in 1979 and the guerilla war of the 1980s, she accommodated many girls from various parts of the country, whose schools had been destroyed during combat.

"She actualised the founders' vision and commitment to girlchild education. She helped many needy girls from neighbouring communities. But, of course, we know that she would not have been able to deliver on these achievements without the support and goodwill of her husband, Roy Nsereko, whom we remember with even greater admiration." 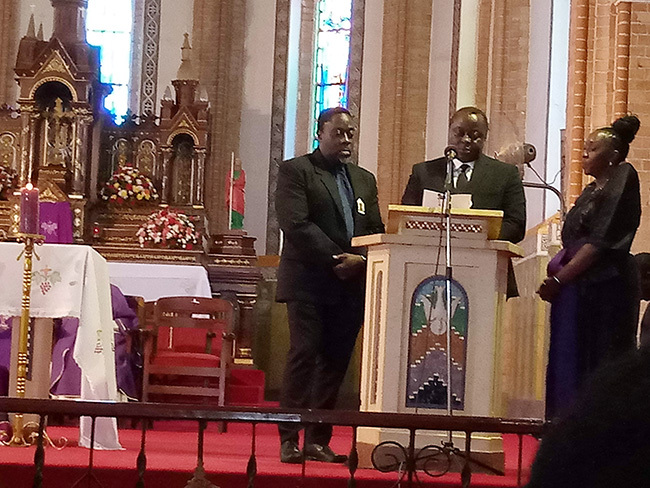 Dr. Victor Wantaate eulogizing his father during the requiem Mass at Rubaga Cathedral on October 07. He is flanked by his brother Patrick Ssewakiryanga and sister Elizabeth Hunt

"My father was blessed with virtues such as decency and reliability. He loved his tradition, culture and values, which he successfully bequeathed to us. He loved God and was passionate about serving people. He had a deep conviction in the power of education. He was an interesting dad, who loved music and dancing. Sometimes he would even challenge us on the dance floor.

"Dad loved travelling. He would go to places such as New York and Latin America, where he would also meet legendries, such as Muhammed Ali and Pele, the football legend. Dad also had a stunning religious involvement. He was an active parishioner of St John Vianney Catholic Church, Clayhall, UK for 35 years. He was also the parish council chair for more than 10 years. He inspired some of us to join the church's choir. He had a rich sense of humour. He always wore a smile. He loved to enjoy his life. He also enjoyed good food." 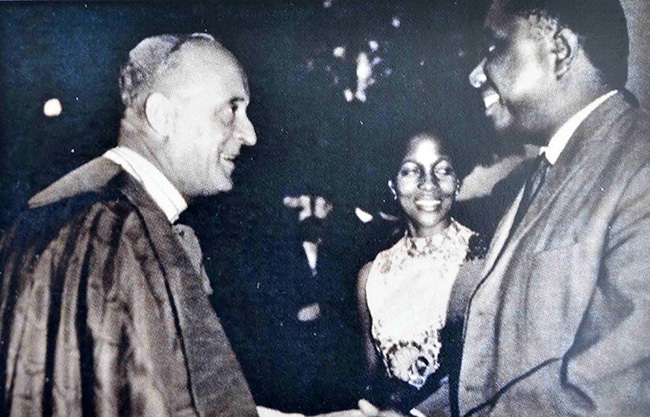 The President General Emeritus of DP, Dr. Paul Kawanga Ssemwogerere, said: "Nsereko was my contemporary and friend. He was a man of noble virtues. He was friendly to everybody. I never heard him shout at anybody. He loved to socialise. He always welcomed visitors, young and old," he said, adding that Nsereko was steadfast in his commitment to God and the country.

"He was a champion of truth, justice, and democratic governance. Even when all other people had lost hope, he offered himself and his resources to sustain our crusade for the restoration of democracy."

"Today, we need people like Nsereko. People who will not succumb to the temptation of monetary or job offers; people who will not bend to military intimidation, people that will stick to what is right and just for the country."

Nsereko passed on in London. His body was returned and a requiem mass was held at Rubuga Cathedral in Kampala. He was buried at his ancestral burial grounds at Kitabaazi, Nabusanke in Mpigi district. 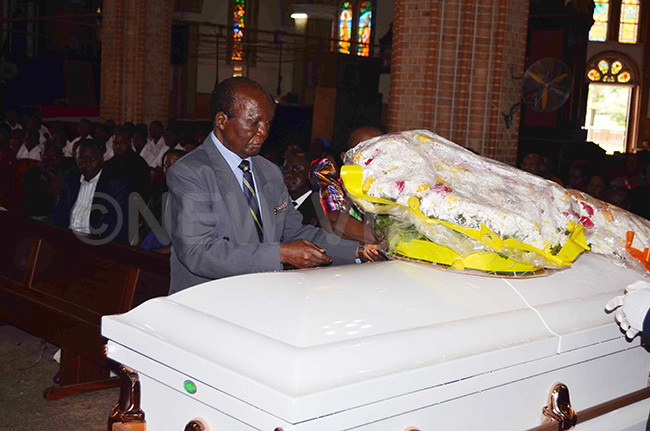 The President General Emeritus of DP, Dr Paul Kawanga Ssemwogerere lays a wreath on the casket

Kabaka Ronald Muwenda Mutebi II, who sent a message of condolence to Nsereko's household. The Kabaka spoke highly of Nsereko's love for the kingdom and his support and care to the kingdom's subjects in the diaspora. The message was delivered by the speaker of the Lukiiko of Buganda, Patrick Luwaga Mugumbule, during the requiem mass at Rubaga Cathedral. 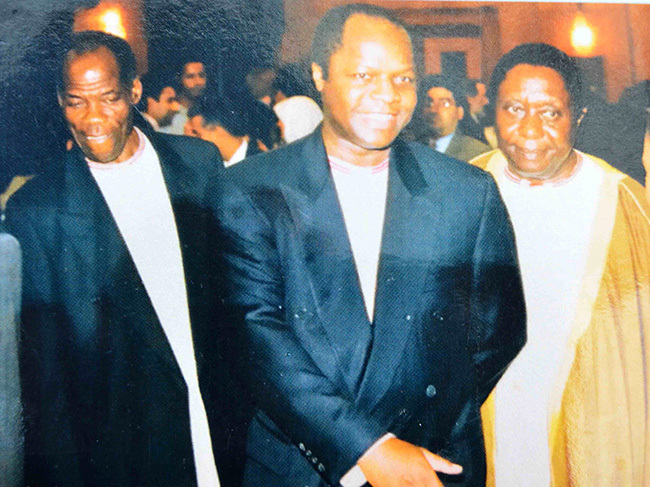 Nsereko met his wife, Margaret Mary Nakatudde, at a DP meeting in Kampala in 1960. They were wed by Fr Kevin Mackie at Rubaga Cathedral on December 2, 1961.

In 1964, they built their family home on Kabuusu Road, Rubaga. After training in Mombasa and UK, Nsereko continued as the sales manager of the Coffee Marketing Board in Kampala.

In 1971, Nsereko and his family moved to Trinity College Nabbingo, where his wife served as headteacher until 1987. In January 1980, he left Uganda alone for the UK and was gradually followed by the rest of his family. 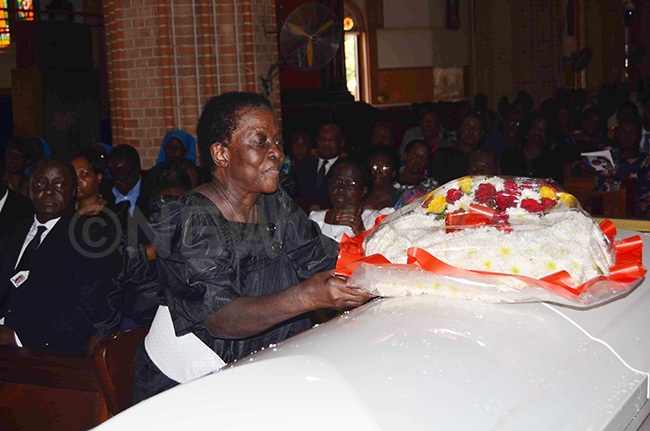 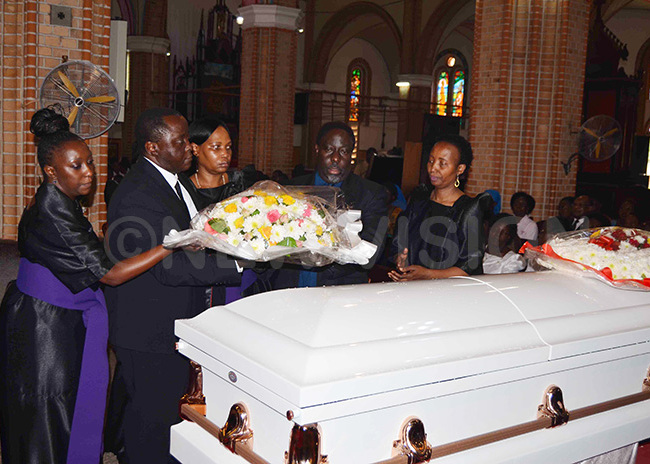 He was born at Masindi Hospital (1932) to the late Dr Victor Blunt and Calala Tebasuulwa Busuulwa.

Attended Namilyango Juniour School and Namilyango College (1947-53), where he completed his Junior and senior secondary school education. While there, he projected himself as a keen mathematician, an excellent marksman in the King's African Riffles and an accomplished boxer.

He later joined the Madhivan Commercial School in Kampala and promptly after, was offered a position at the Shell-BP as the salesman for Kampala region. As an employee of Shell-BP, he completed an outward-bound training course to climb Mt Kilimanjaro and subsequently completed the four-day round trip

Below is Nsereko's requiem Mass at Rubaga Cathedral in pictures. Photos by Mathias Mazinga 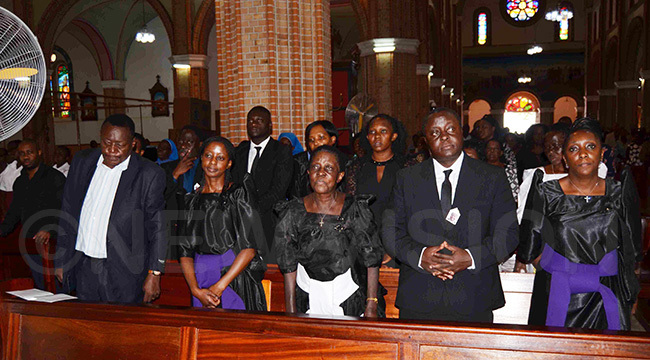 Mrs. Nsereko, some of the children and other relatives 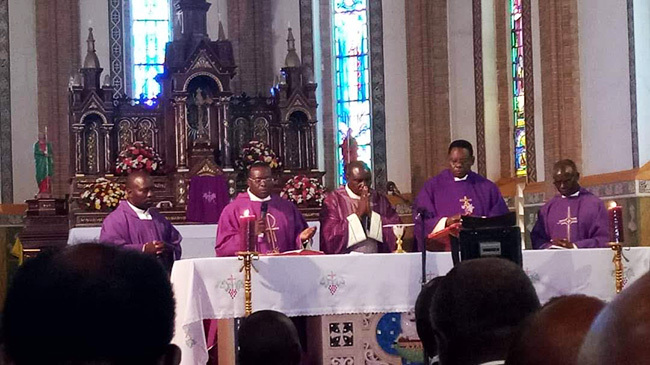 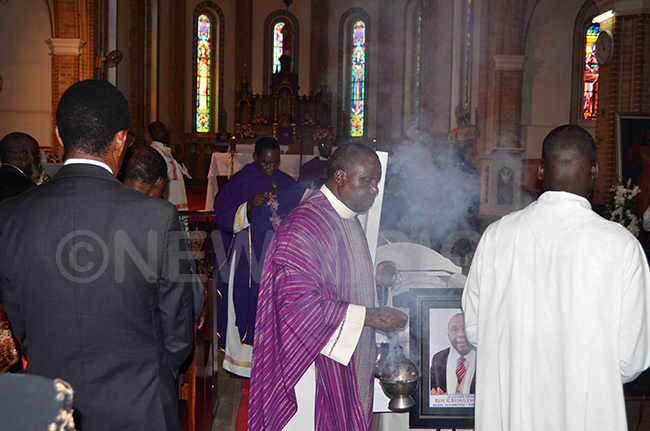 The priest blessing the body of the late Nsereko 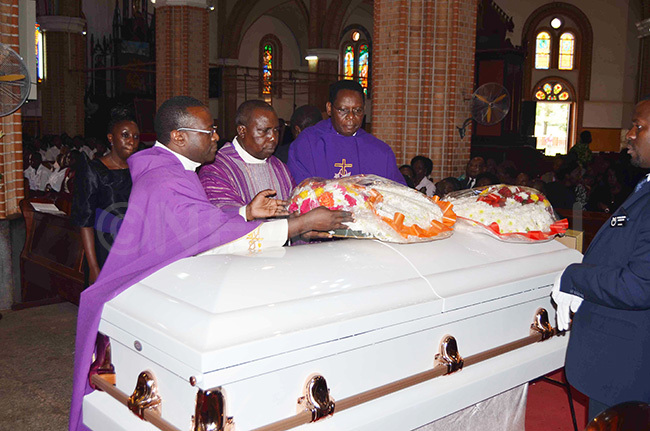 The priests lay a wreath 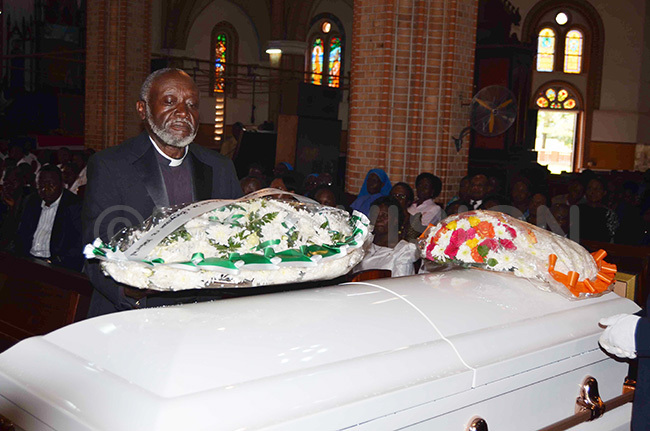 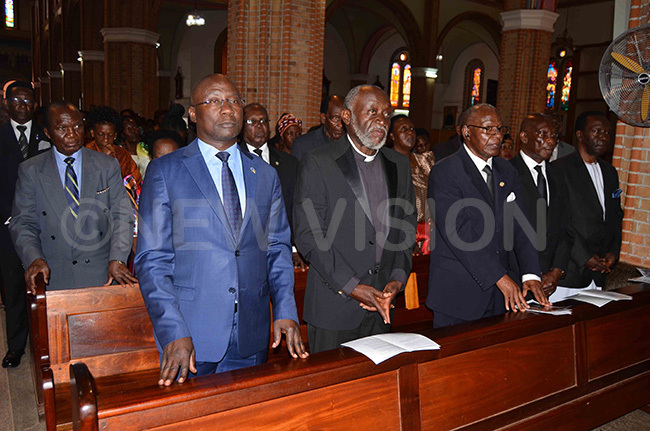 Some of the mourners during the Mass 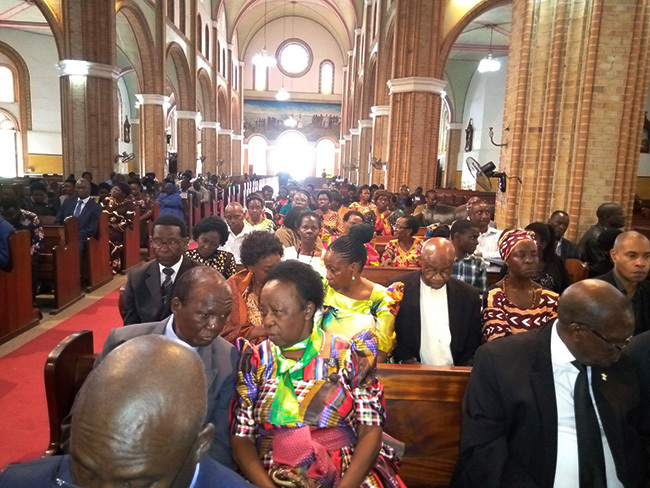 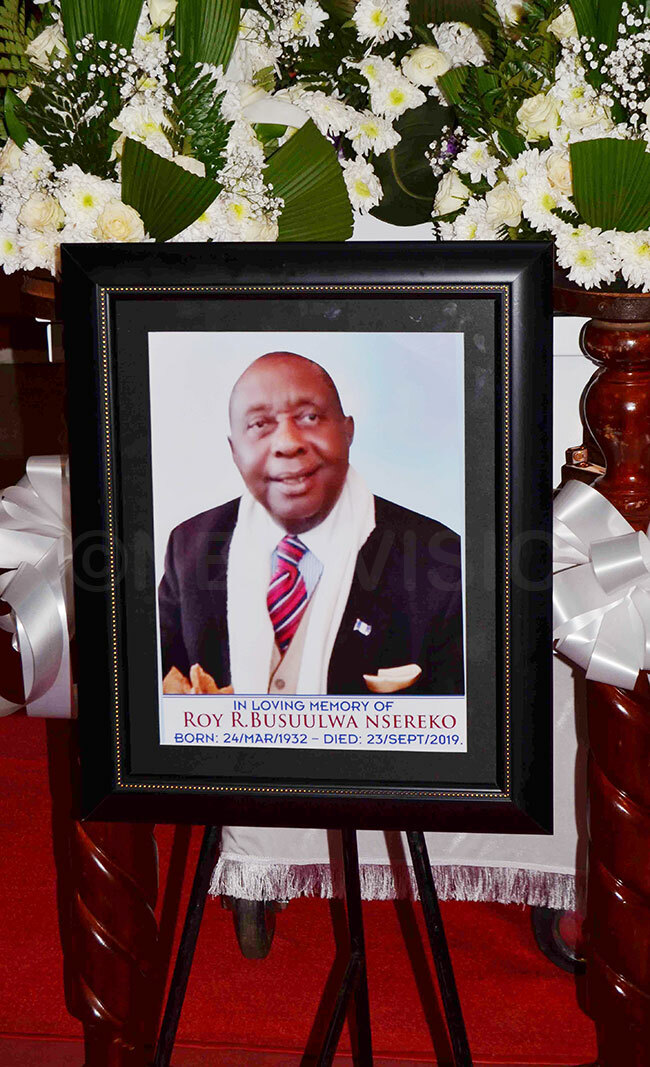 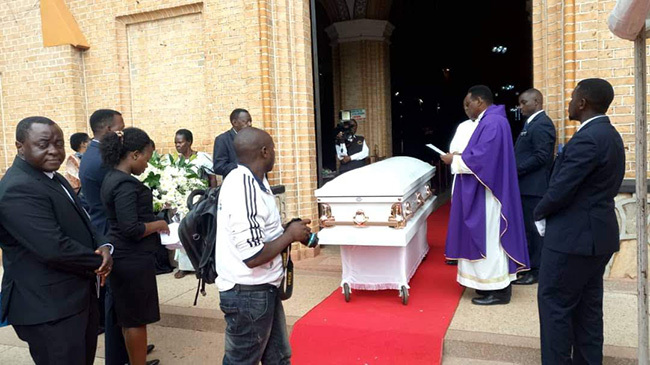 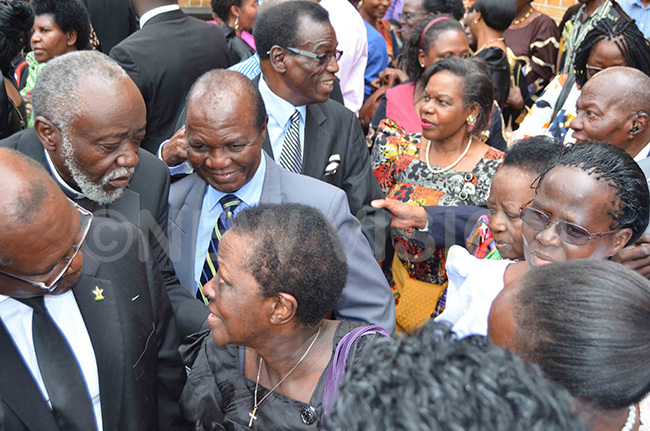 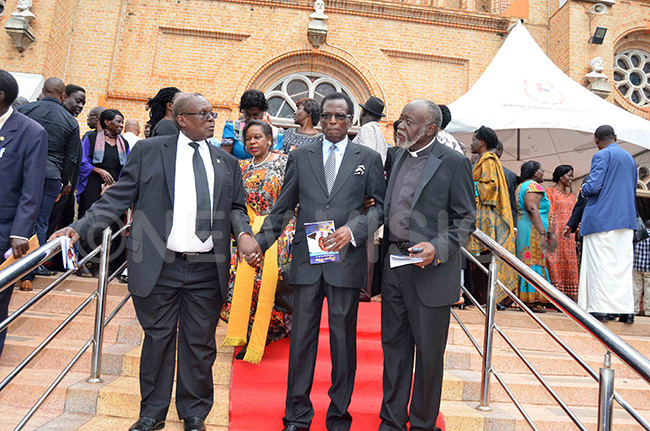 ACTION BY OTHER COUNTRIES