North London giants struggling to earn the...
Next Story

A 10-goal thriller at Anfield is decided by a penalty shoot-out that sees Liverpool knock Arsenal out of the Carabao Cup as Manchester United sink Chelsea at Stamford Bridge to storm the quarterfinals.

Curtis Jones scored the winning penalty as Liverpool knocked Arsenal out of the competition. (AFP)

A 10-goal thriller at Anfield is decided by a penalty shoot-out that sees Liverpool knock Arsenal out of the Carabao Cup as Manchester United sink Chelsea at Stamford Bridge to storm the quarterfinals.


Liverpool reached the League Cup quarter-finals in thrilling style as their incredible 5-5 draw against Arsenal was followed by a 5-4 penalty shoot-out triumph, while Manchester United won 2-1 at Chelsea on Wednesday.

Both Liverpool manager Jurgen Klopp and Arsenal boss Unai Emery made 11 changes for the fourth round tie, but the understudies served up one of the most entertaining games of the season at Anfield as the Gunners squandered multiple leads.

Liverpool have won the League Cup a record eight times and they remain on course to lift the trophy for the first time since 2012.

"We were too open at times. We can talk about tactics but who cares on a night like this? I hoped for the boys they would have a game to remember," Klopp said.

"It's like a dream for them to play for the first time at Anfield. All our goals were wonderful." 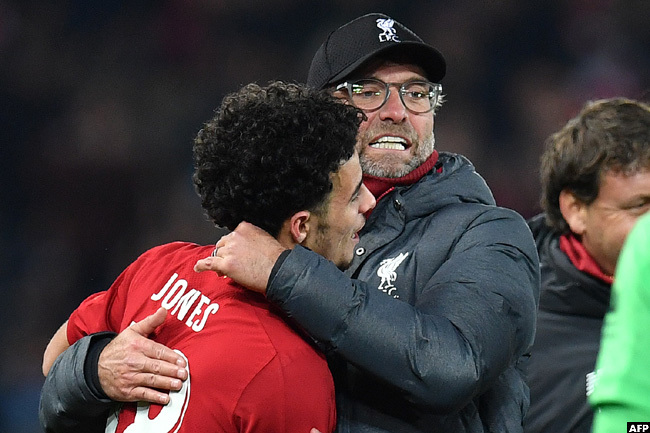 After Granit Xhaka's astonishing outburst at Arsenal fans during Sunday's traumatic Premier League draw with Crystal Palace, this was another body blow for Arsenal, who lost despite leading 3-1, 4-2 and then 5-4 with seconds to go.

"A crazy match. At the end we were winning until the last action. Penalties are 50-50 and we lost. We are sad but we deserve more," Emery said.

With an average age of 23 years and 122 days, it was Liverpool's youngest starting eleven in any competition since January 2017 as teenagers Neco Williams, Harvey Elliott, Rhian Brewster and Sepp van den Berg all featured.

Liverpool's rookies went ahead after just six minutes as Alex Oxlade-Chamberlain sent over a low cross and Arsenal defender Shkodran Mustafi, sliding in to clear, accidently deflected it onto his knee and into the back of his own net.

Arsenal drew level in the 19th minute via an assist from the rarely used Mesut Ozil, who was making his only his third appearance of the season and his first since September 24.

Ozil picked out Bukayo Saka in space and when his shot was saved, the unmarked Lucas Torreira slotted home. 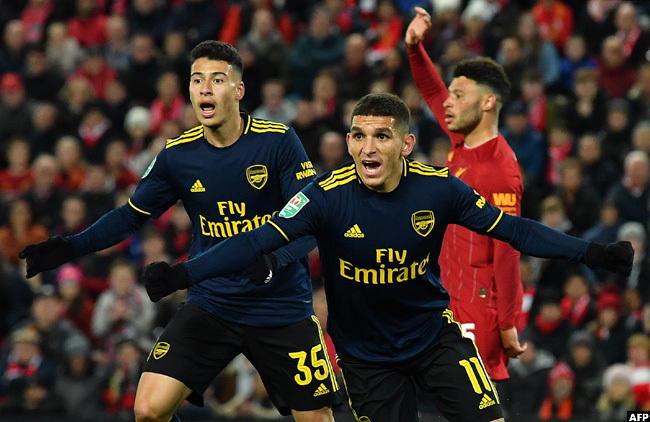 Emery's team took the lead in the 26th minute through Gabriel Martinelli.

James Milner reduced Liverpool's deficit with a 43rd-minute penalty, before Ainsley Maitland-Niles got Arsenal's fourth goal in the 54th minute.

Oxlade-Chamberlain got one back for Liverpool with a thunderous long-range drive four minutes later.

And Divock Origi equalised with an even better strike in the 62nd minute as the Belgian spun sharply before blasting into the top corner from the edge of the area.

But Willock restored Arsenal's lead in the 70th minute with another contender for goal of the night, the midfielder sprinting away before unleashing a 25-yard rocket. 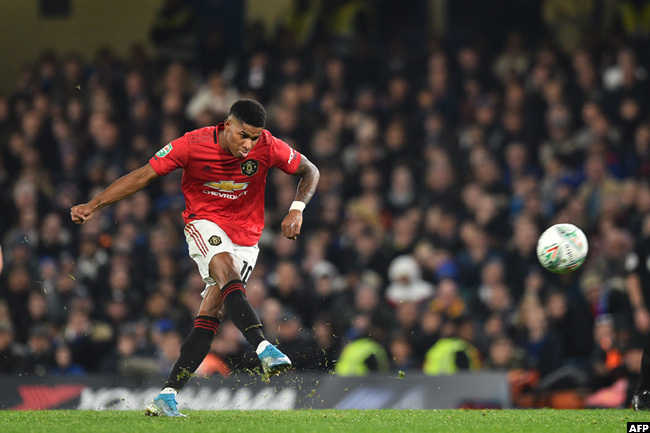 At Stamford Bridge, Ole Gunnar Solskjaer was rewarded for naming a strong team as United beat Chelsea to continue their recent revival.

Solskjaer made just four changes, while Chelsea boss Frank Lampard made six and it was five-time League Cup winners United who came out on top as they enjoyed a third successive victory.

After Marcus Rashford and Anthony Martial both missed penalties in United's win at Norwich on Sunday, Solskjaer's team went in front thanks to a successful spot-kick in the 26th minute at the Bridge.

Daniel James was fouled by Marcos Alonso and Rashford stepped up to send Willy Caballero the wrong way from the spot for his sixth goal of the season.

Michy Batshuayi equalised from long range in the 61st minute, but Rashford's superb 30-yard free-kick won it for United in the 73rd minute.

"We've got a good team spirit. Today we were excellent, with fast flowing football. That's Manchester United. We're trying to get back to that," Solskjaer said.

Aston Villa moved into the last eight with a 2-1 win over local rivals Wolves. 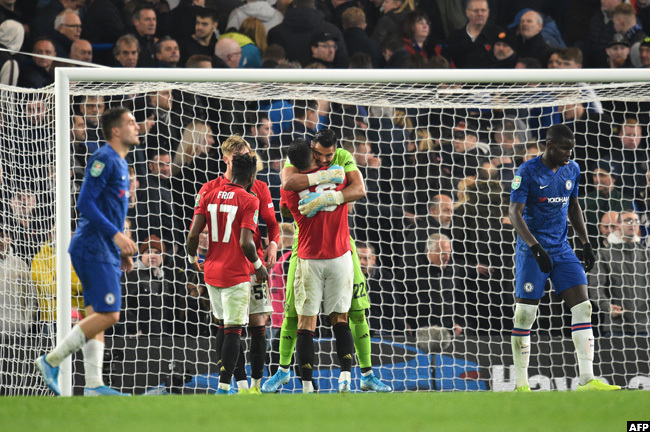 United registered a third successive victory - all away from home 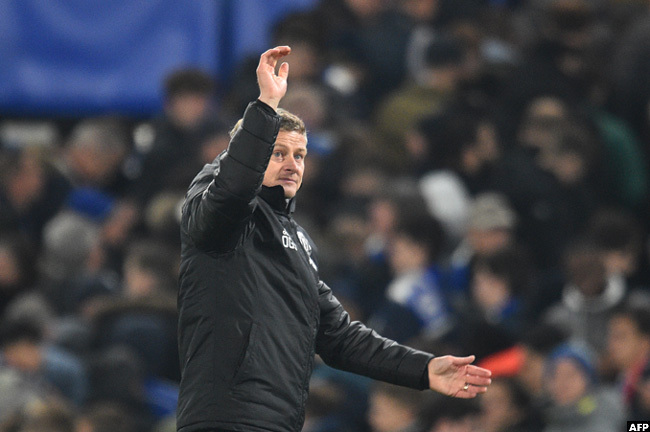 Ole Gunnar Solskjaer was rewarded for naming a strong team

How does your child, teacher relate?

How to handle a young childâ€™s curious question

How to be a caring parent