MENU
Who is the new presidential adviser Buchaman?
Previous Story

President Yoweri Museveni arrives with Chief Justice Bart Katureebe for the launch of the African Union Judiciary Dialogue, organised by the Africa Court of Human Rights in Kampala (Photos by Kennedy Oryema) 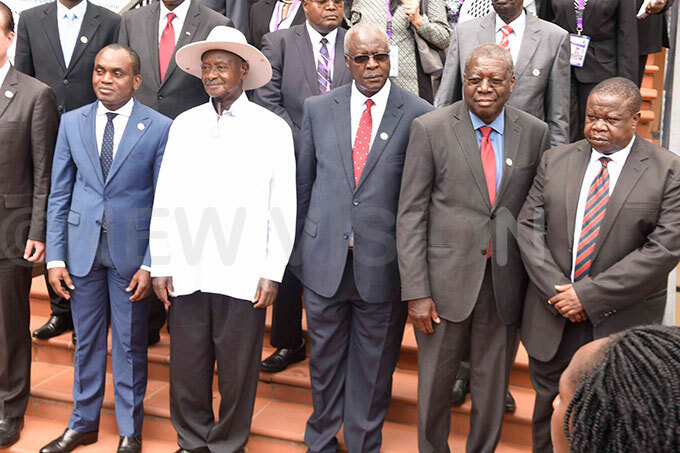 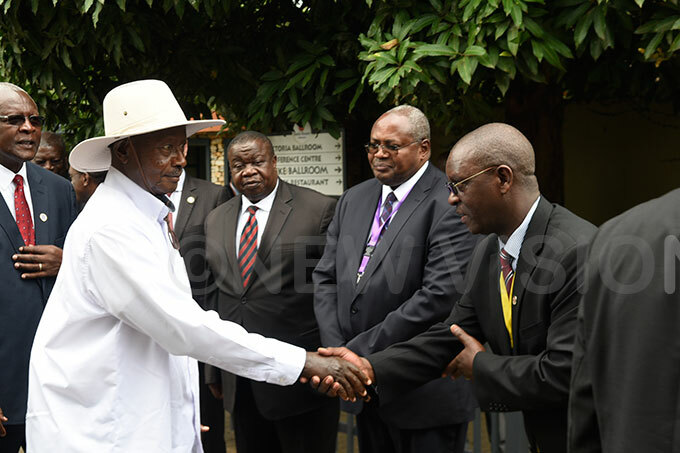 His assistants led by Joseph Kabuleta and lawyer Simon Senyonga, later told the media that the bond had been extended to Monday. 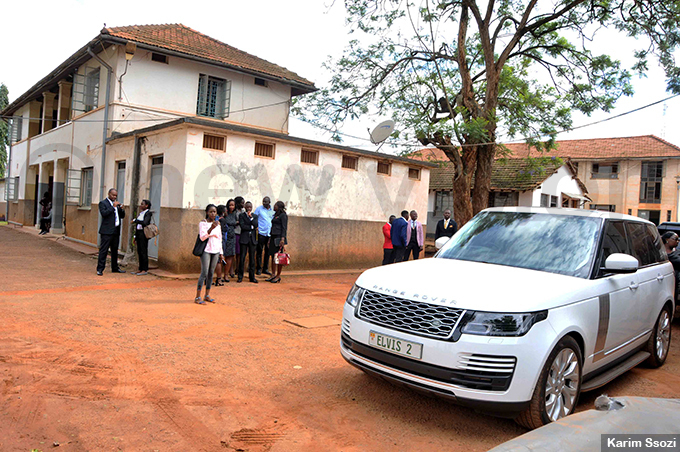 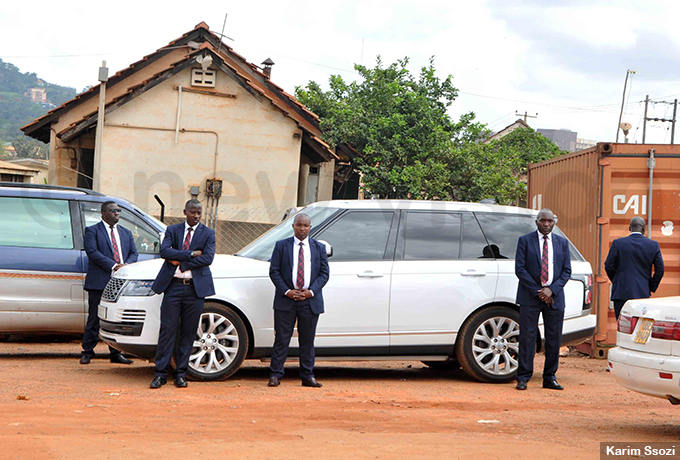 The rioting students have burnt down property belonging to former guild president, Papa Were Salim who signed the 15% tuition increment policy.

According to an eye witness, Marvin John Ayebare a second-year student of Land surveying and a resident of Nsibirwa hall the students broke into his room (Papa Were) and looted his properties like television, sofa set, bedcover, and other valuable things. 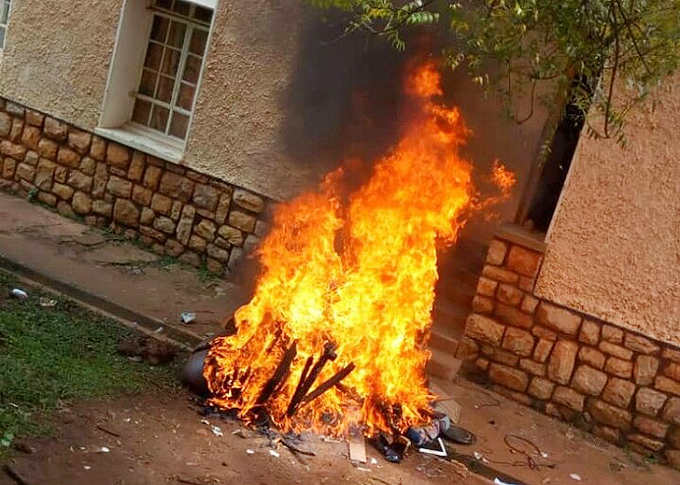 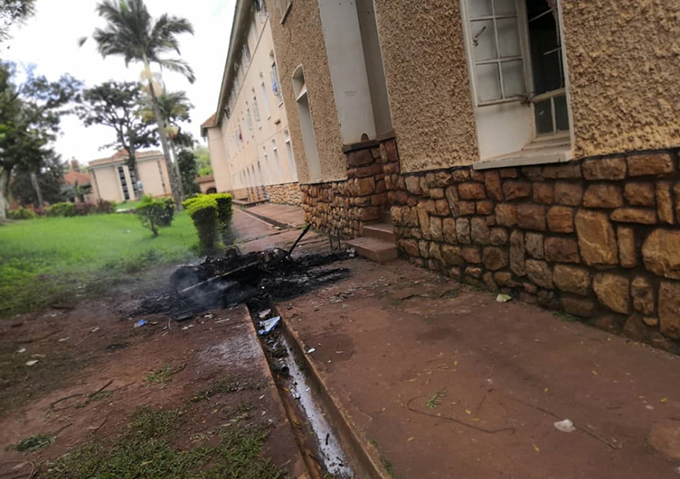 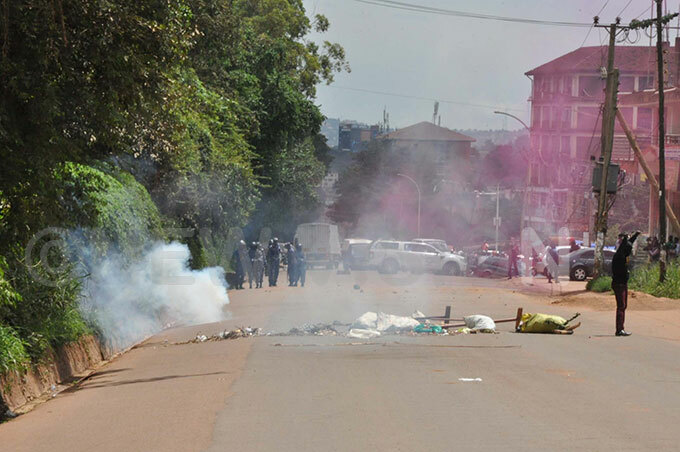 Police fires tear gas at Makerere University striking students who had blocked the road and were throwing stones at Police along Sir Apollo Kaggwa Road. (Photos by Jimmy Outa) 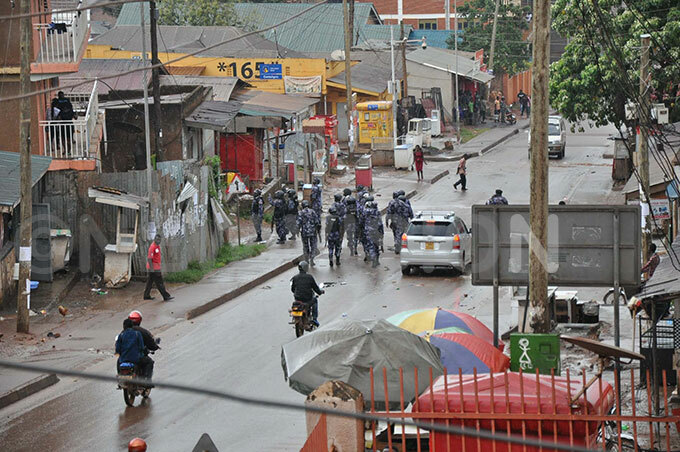 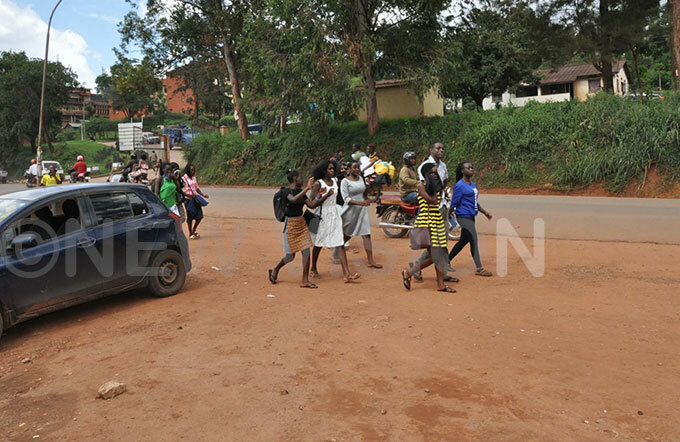 Makerere University students walking along Sir Apollo Kaggwa Road as they return to their hostels from the university. 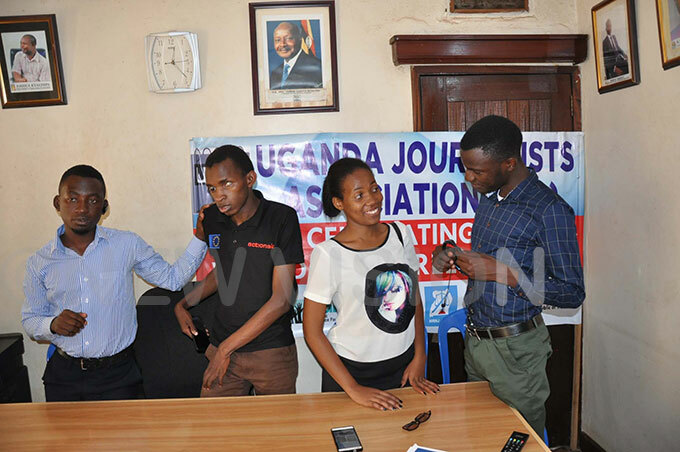 Women in the people power movement are demanding for an immediate police report on the reported kidnaps of some of their supporters by unknown security personnel. 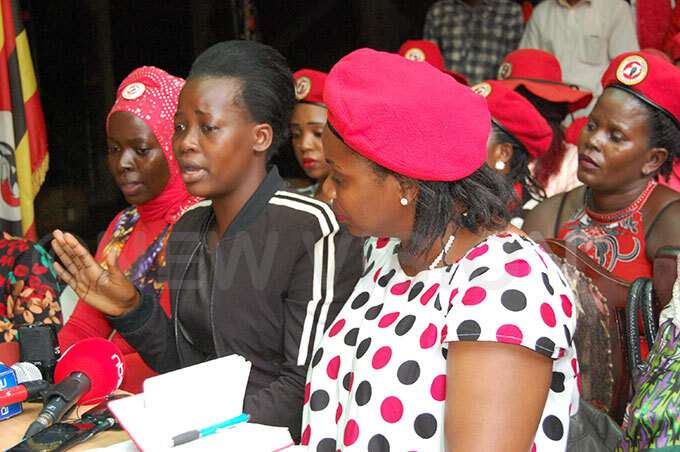 Zulaika Nalukenge (center) people power coordinator being comforted by Rehema Juma (left) and Flavia Kalule People power women wing national coordinator, as she narrates her ordeal of kidnap, This was during the press briefing in Kamwokya (Photos by Sylvia Katushabe) 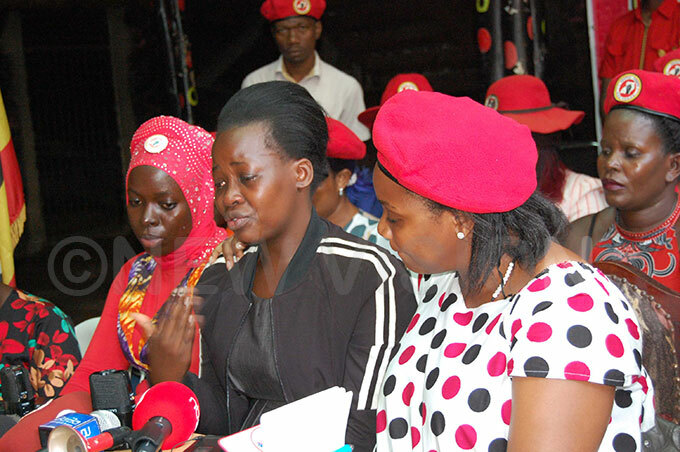 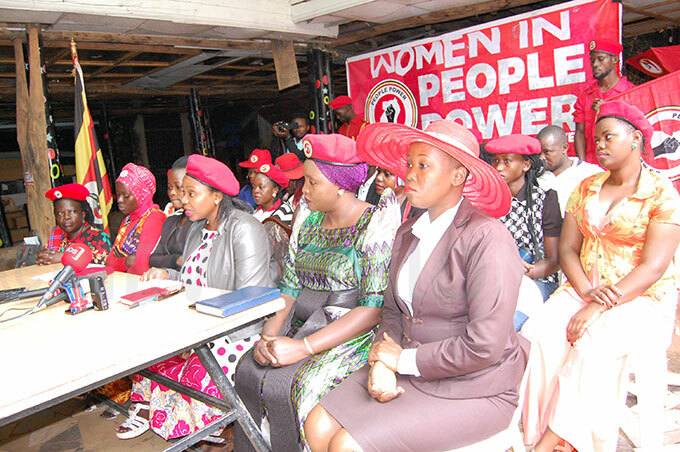 BELOW: Parliament holds a self-assessment review on the Commonwealth Parliamentary Association benchmarks. The sessions are part of the discussions taking place at the 3rd annual legislature review in Kampala. (By Timothy Murungi in  Kampala) 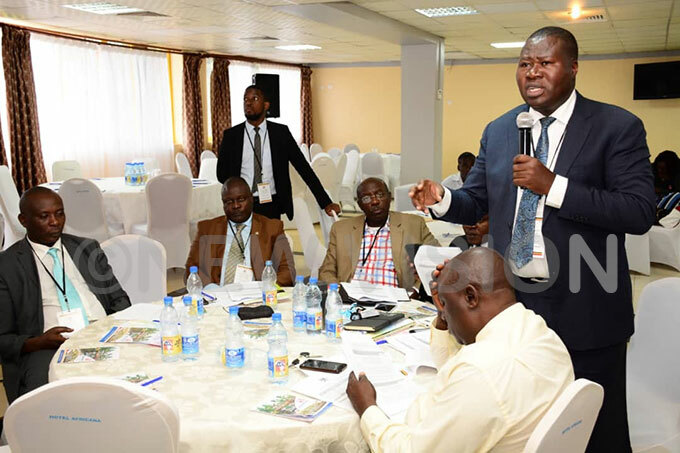 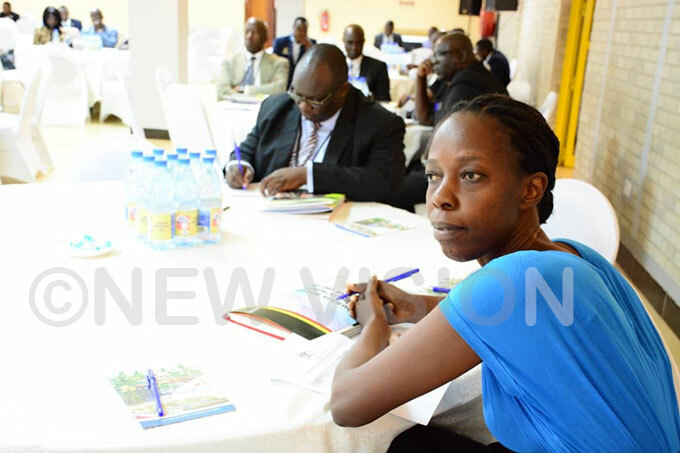 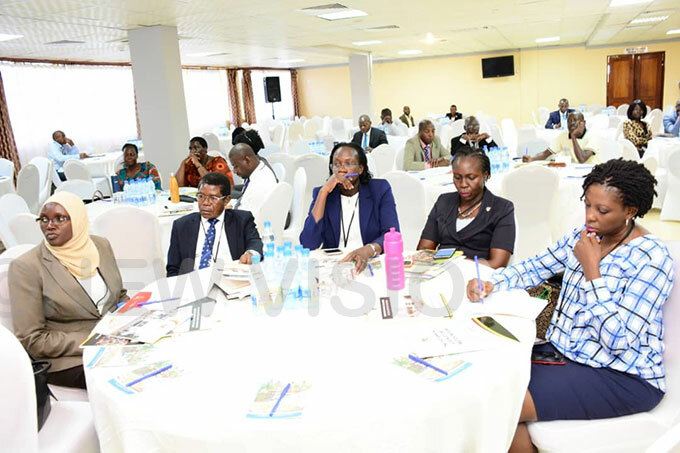 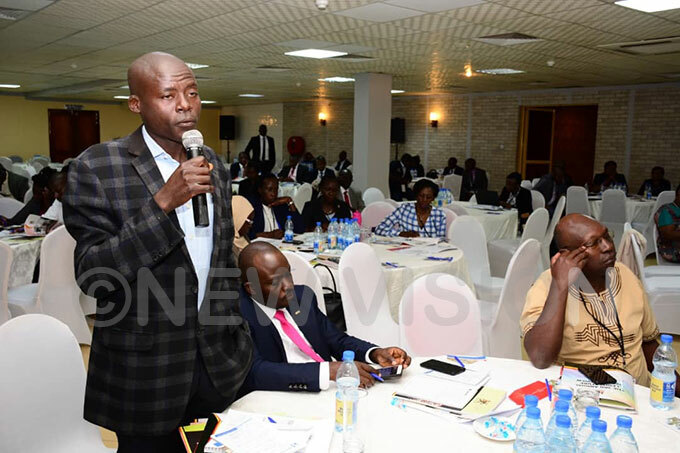 The event was graced by the Minister of Education and Sports Janet Museveni and Prime Minister Ruhakana Rugunda. ( By Mpalanyi Ssentongo in Kampala) 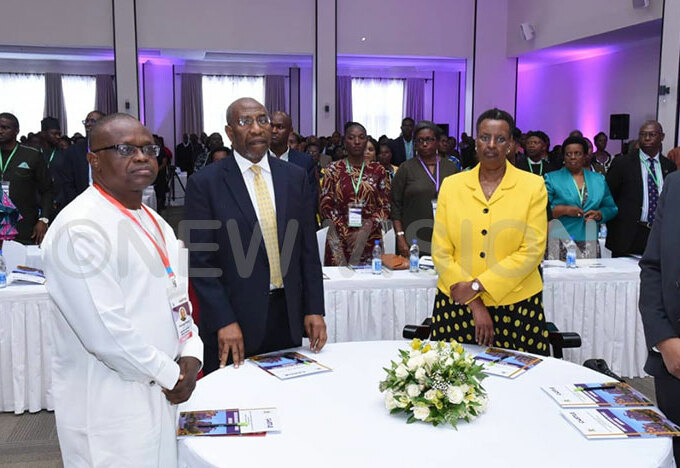 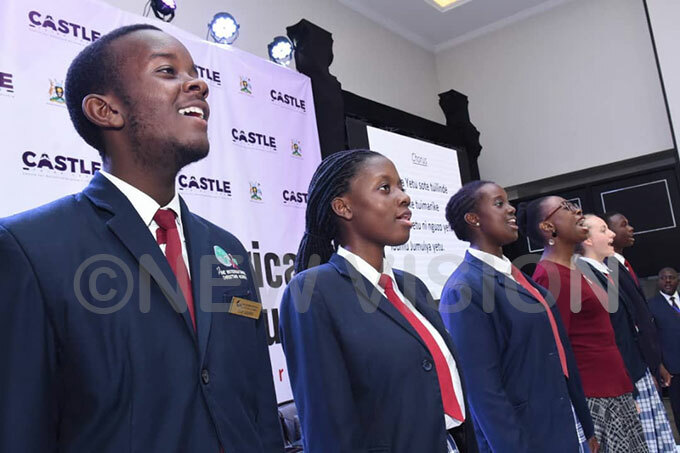 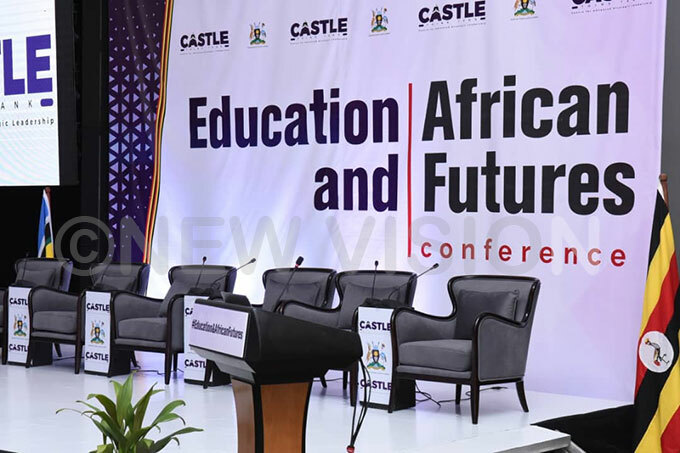 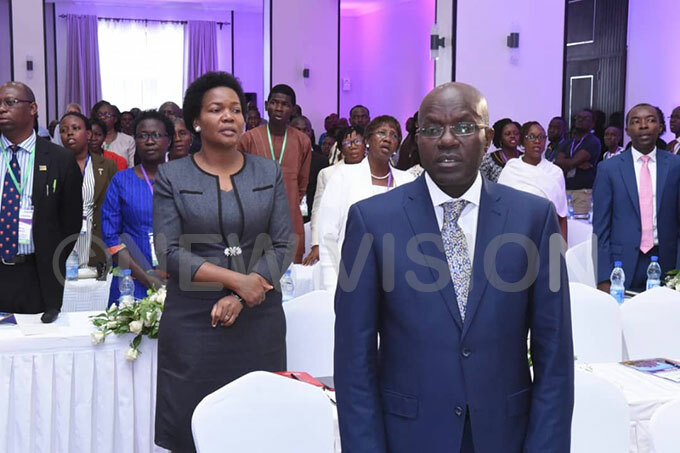