Faculty of Agriculture and Forestry. Photo by Kizito Malumba

In the beginning, there was a market place. It surrounded a big tree that had many birds near the Faculty of Law. When the Katikkiro gave the British this area to be developed into a college, in 1922, the market was moved to Wandegeya. 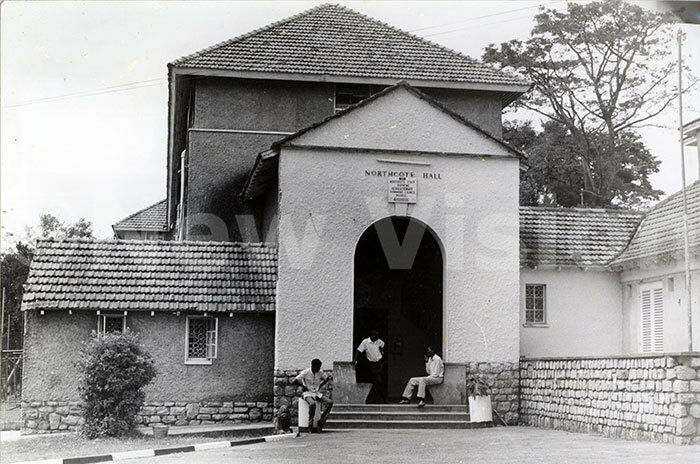 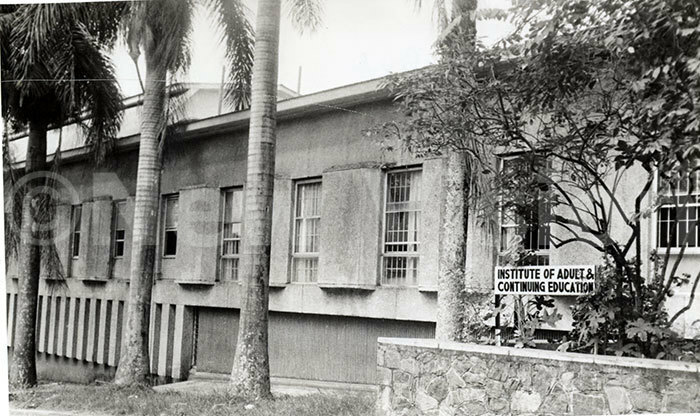 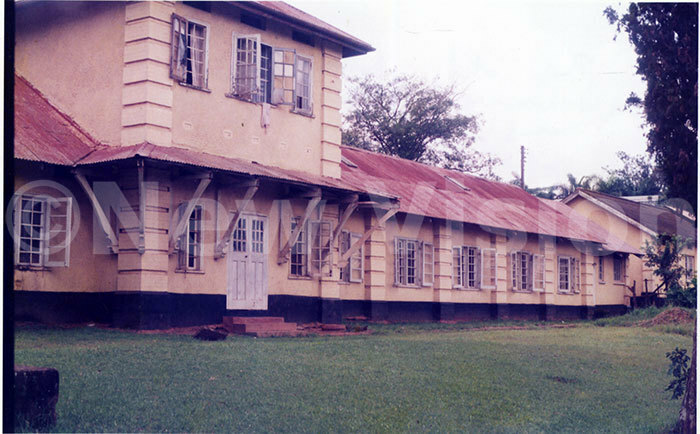 The old hostel of Makerere University which was constructed in 1920s, where former presidents Obote and Nyerere used to stay 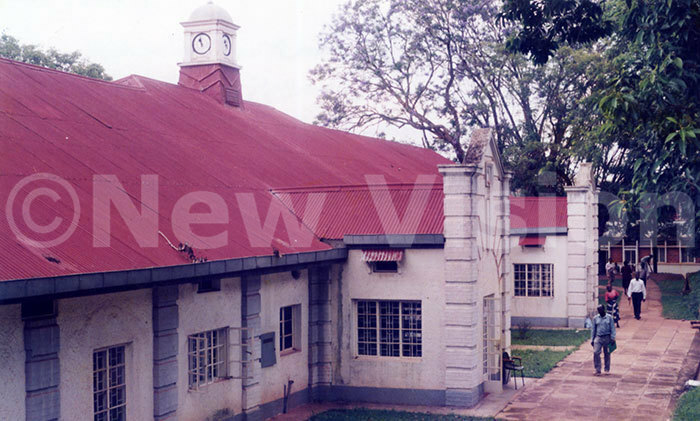 The halls came to form the Old Mitchell complex in 1952 and then later became CCE. The Institute of Psychology was a dining hall where all students came to eat. Part of the psychology buildings was the first guild canteen after 1946. Later it served as quarters for casual staff and the students' residence annex called 'Erica', named after the headwaiter. 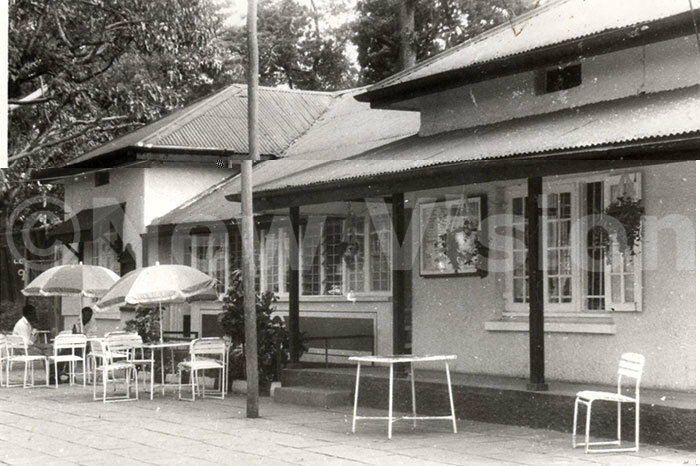 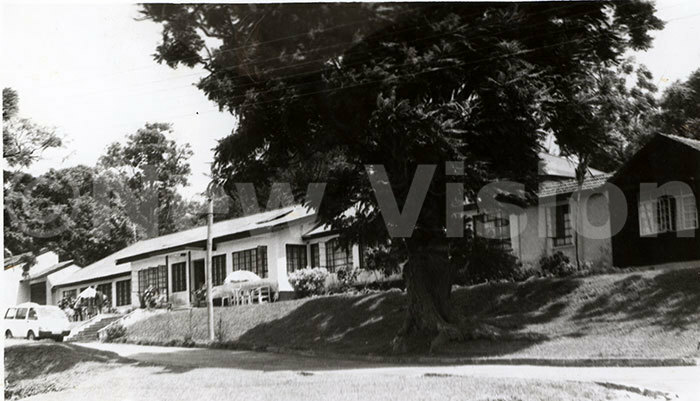 The road between CCE and the Makerere Guest House was built in 1953. The School of Fine Art was the first administrative area with a double-storeyed building. It was Makerere's main administration block. One of the first administration buildings of Makerere University built in 1923. March 14, 2000 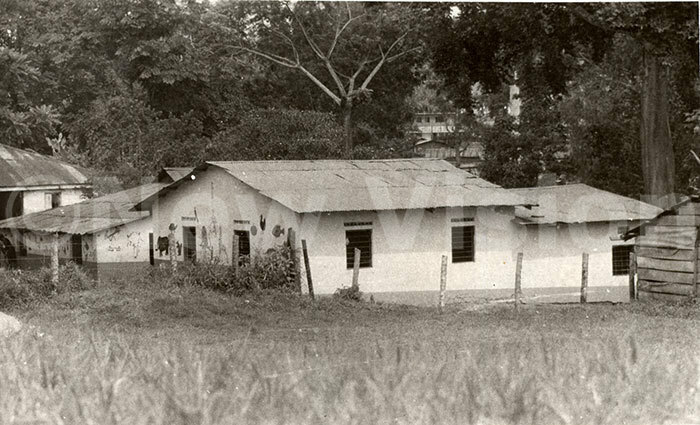 The University Guest House served as bachelor lecturers' apartments. The tennis courts were once flanked by the University Bookshop, which moved to its current location in the 1950s. There was a planted forest of Eucalyptus trees where the university mosque is. These trees are as old as the university itself. 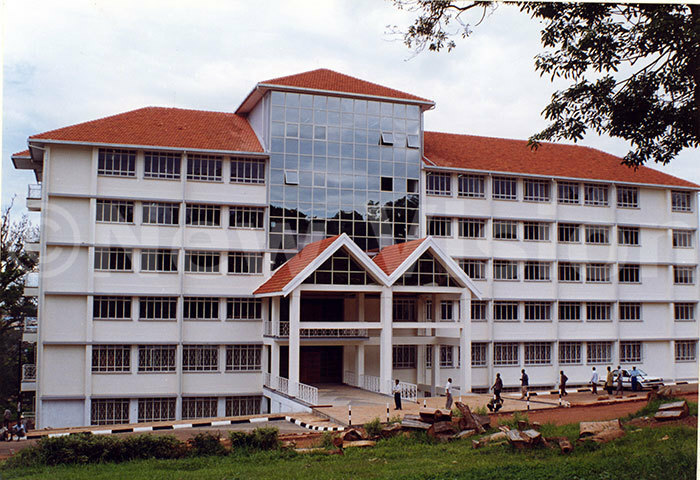 The new office block for the academic registrar of Makerere University. September 1999 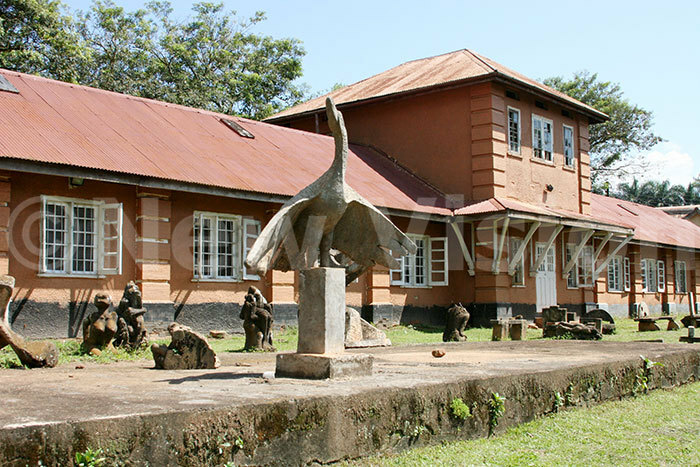 The MDD department and Institute of Statistics are reshaped staff houses. The area from the guest house to the Quarry flats opposite botany gardens was a golf course bisected by Lincoln road, which still exists today. It was managed by the Department of Education, housed in the present guild canteen. 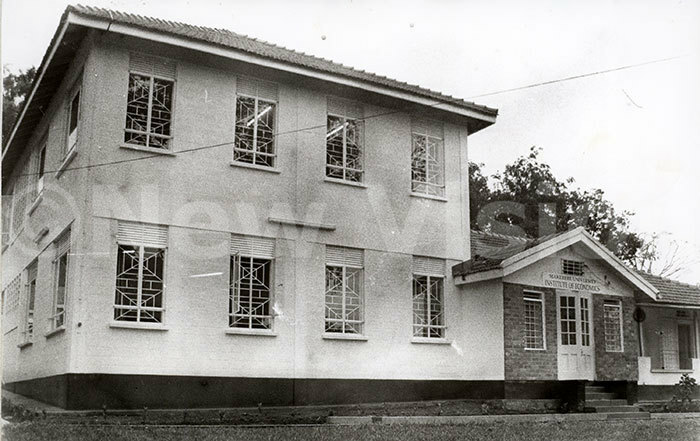 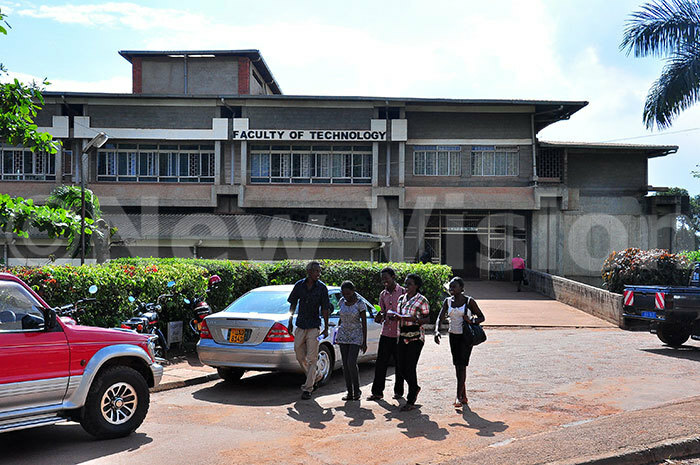 Faculty of Technoloy at Makerere University

In 1938 construction work started for the main hall. It was interrupted by the Second World War but quickly resumed afterwards. Therefore, the line of buildings from the Faculty of Arts, to the Faculty of Agriculture, the main hall and the two chapels were completed in 1945. The golf course ceased to exist that year. 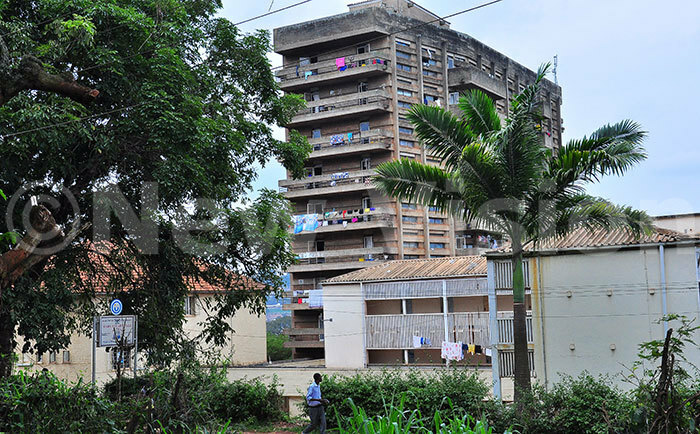 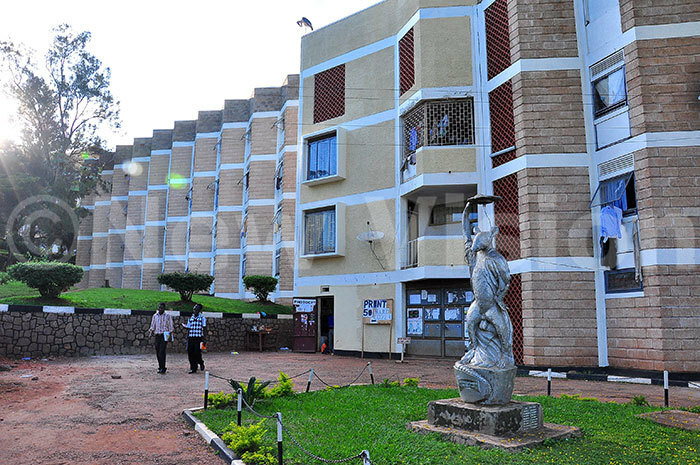 The wooden houses near Mitchell and Mary Stuart halls were built within a day and were meant to last 10 years each. Makerere University's first football pitch was where the Wandegeya police quarters stand today. Afterwards it was moved to the Freedom Square and later down below Mary Stuart Hall. 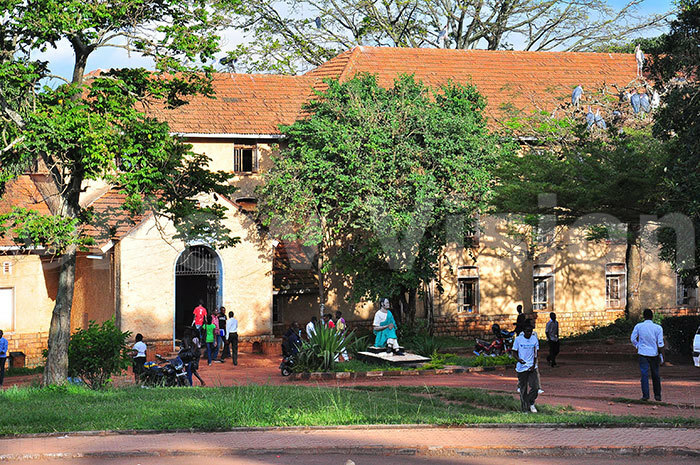 The swimming pool came in the mid- 50s. Before that, swimming took place at Mengo off Sentema Road.   Beyond Africa Hall, there was a sort of shanty town where casuals came from to work in the university. 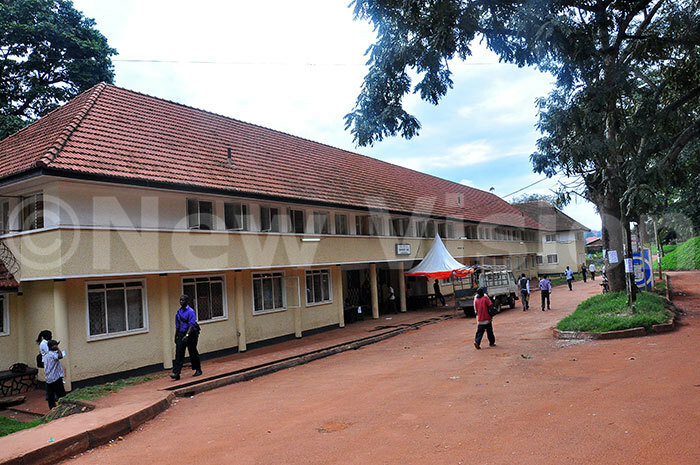 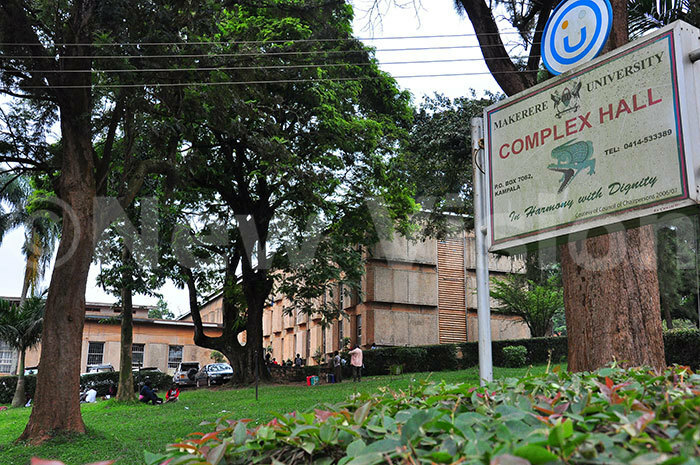 Nkrumah hall was built in 1953 and Nsibirwa (former North Cote hall) in 1951. The library was completed in 1958, as more faculties were added to complete the university. As told to Esther Namugoji in 2003 by Dan Nkata. 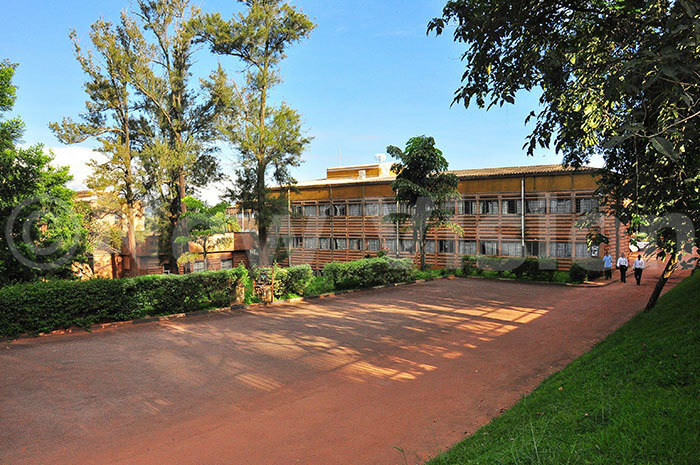 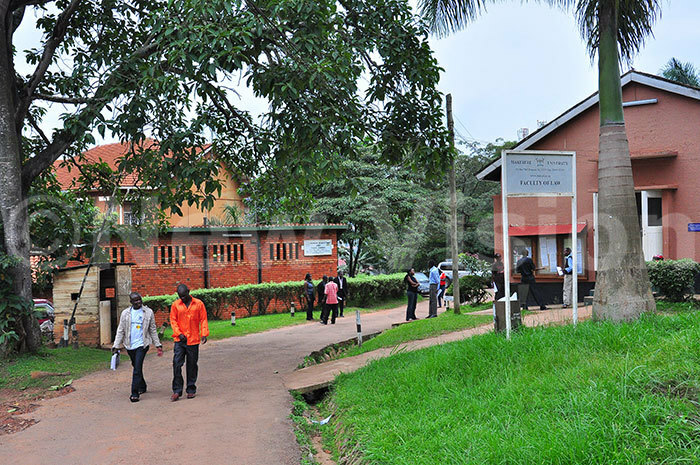 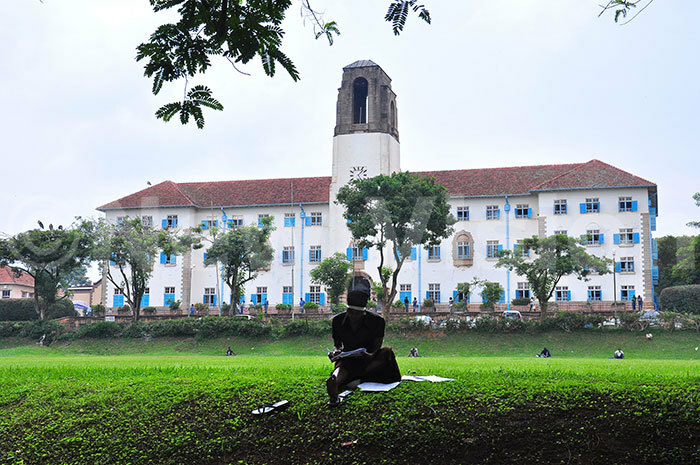 A front view of Makerere University Main Building and Hall