How Mwema survived a stroke

Three years ago, Yongyera Mwene Rwamuguma, a lawyer by profession, spent most of his precious time in a rehabilitation center fighting for his life.

Three years ago, Yongyera Mwene Rwamuguma, a lawyer by profession, spent most of his precious time in a rehabilitation center fighting for his life.

As Uganda joins the rest of the world to celebrate world stroke day on 29th October, a condition that affects the brain by disrupting oxygenated blood, many patients have succumbed to a stroke and others have completely lost hope thinking that they will never get back to their normal senses.
Three years ago, Yongyera Mwene Rwamuguma, a lawyer by profession, spent most of his precious time in a rehabilitation center fighting for his life.
Mwema's health condition was strange that the first four months saw him lying on one side of his body. He could not afford to sit on his own unless he was being supported. However, as we celebrate this year's world's stroke day, Mwema is one of the few stroke survivors and he shares his teary story with New vision's David Lukiiza.
How stroke hit Mwema
Mwema was hit by a stroke in November 2016. One day, he says he woke up with difficulties in moving the body parts while at his elder brother's house in Mbarara.
"I could hardly move my body parts, and I had to call my brother for help, at this time I was unable to speak," he recalls.
Mwema recalls that although he was unable to speak, he could type a few words on his phone to communicate to the people around him using his right-hand side of the body which was not affected like the left side.
The hospital diagnosis indicated that he had been affected by stroke and he needed to be in a rehabilitation home.
"When I reached the stroke rehabilitation center Wampewo, I went through painful but good exercises (Physiotherapy) that awakened all the paralyzed body parts," he recalls.
Mwema recalls that while at the rehab center, he met fellow patients who forgot about their health conditions and concentrated on his for it was worse. 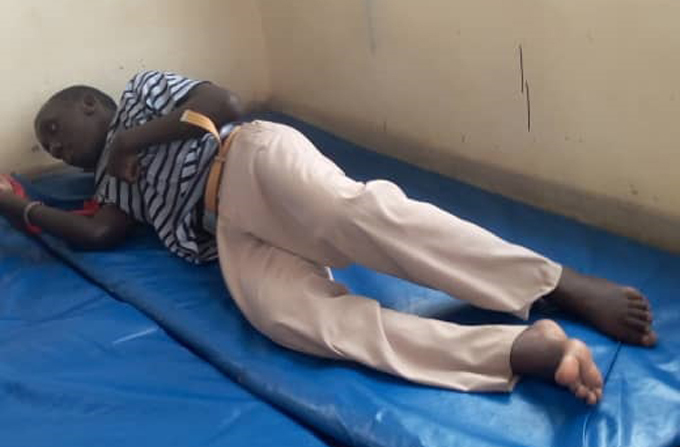 Mwema at the rehabilitation centre

"Some of the Patients started a fundraising drive for my rehabilitation," he recalls.
Mwema says managing a stroke can be expensive but healing involves a receptive mind that all will be well again.
He recalls going through painful physiotherapy exercises that yielded good results.
Mwema says the most important aspect of healing is family support.
"My family and friends stood with me through it all until I slowly started supporting myself, the day I got up on my feet again unsupported was a miracle," he says.
How stoke attacks
Solomon Buwembo, a physiotherapist in Kampala says a stroke occurs when part of the brain loses its blood supply and eventually stops functioning.
As parts of the brain lose their blood supply, they stop working because blood is no longer into circulation.
Buwembo says a stroke is a medical emergency because it can lead to death or permanent disability.
However, once handled in the early stages, patients can always be saved from the accident.
"Early management is the best treatment because, at this time, the body tissues and muscles are still flexible and not stiff," he says.
Buwembo says the purpose of doing physiotherapy is to help the brain rewire the damaged nerves and tissues so that one can regain the independence that was lost during stroke hit.
Signs and symptoms
Buwembo says stroke signs differ depending on the area of the brain being affected by a lack of oxygen. However, these signs arise suddenly and most commonly occur on one side of the body. 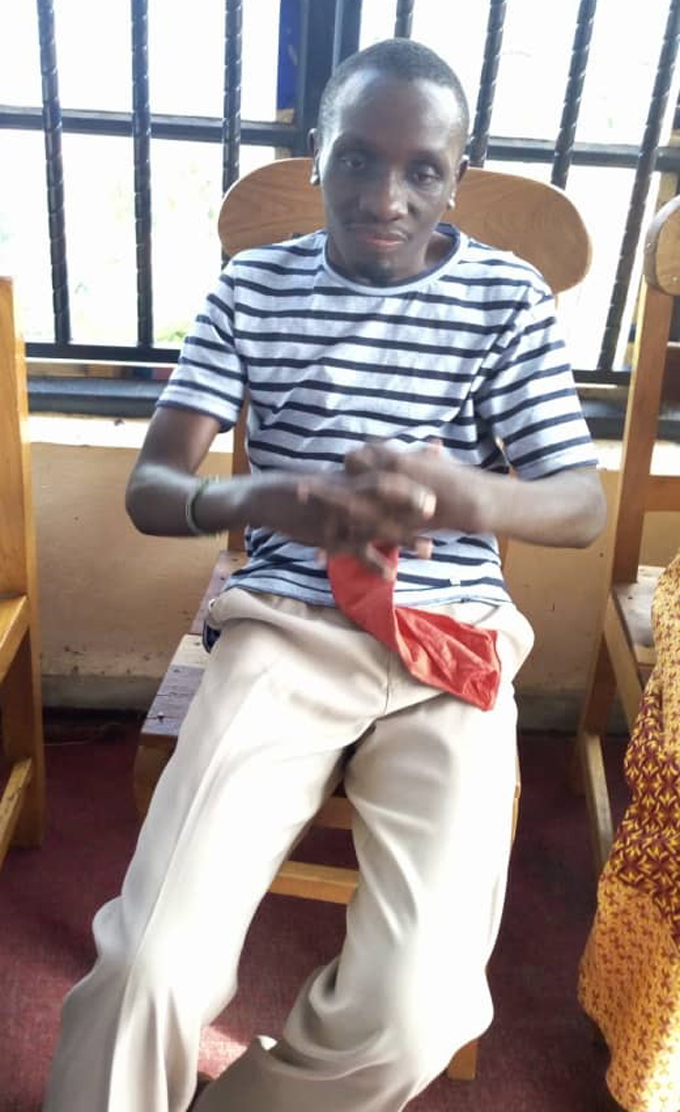 Mwema recovered from a stroke

"The common signs of stroke include numbness, body weakness, vision loss, changes in the level of consciousness, trouble with speaking headache among others.
The symptoms typically arise suddenly and most commonly occur on one side of the body.
Who is at risk?
According to Ibrahim Bukenya, the principal Physiotherapist stroke rehabilitation center Wampeewo, the most prone people to stroke are those with high blood pressure, diabetes, those with high cholesterol and smokers.
However, Bukenya says people can prevent being victims by quitting smoking, controlling blood pressure, maintaining a healthy weight, eating a healthy diet, and exercising on a regular basis.
However, he calls upon the public to support the survivors by helping them to discover the signs and be in a position to address them before it is too late.
"Stroke is not a condition that requires medication and heals the next day, but it requires patience because recovery is one day at a time," he adds saying, patients should also have the self-belief that they will be well again.
Way forward
Gerald Mutungi, the acting commissioner of non-communicable diseases at the Ministry of Health says a stroke can be preventable as long as people work on their health.
"As the government, we are looking forward to sensitising the public about stroke and those who are victims be put on treatment," Mutunge says.
Mutungi, however, advised people above the age of 40 to always go for body checkups and follow the doctors' advises.
Mutungi says for stroke patients should not wait for the signs to visit hospitals.
"We have health facilities in the country that manages stroke accidents, however once people should not sit home with their patients because the condition can be worked on and the person gets back to normal," he says.