MENU
China and Russia: The new sheriffs in Africa and the implications
Previous Story

The evil that is the proposed Religious Po...
Next Story

The girl child is an endangered person

Parents need to know that without education, a child has no future and the education of the girl child is as important as that of the boy

Parents need to know that without education, a child has no future and the education of the girl child is as important as that of the boy 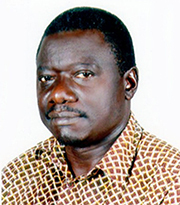 A World Bank-funded study that was carried out in 2010 indicated that 4% of upper primary school pupils in Uganda have been defiled.

This means, approximately 43,000 girls in P5-P7, roughly between the ages of 10-14 years were sexually abused and probably by the very people who are supposed to protect them.

Between two to three primary seven candidates in many schools in Eastern Uganda fail to sit PLE every year, either due to teenage pregnancies or early marriages and of course suffer aggravated defilement since they are in the age bracket of 10-14 years.

This is quite appalling.

Although teenage girls may attain sexual maturity, the teens are typically not ready to handle pregnancy and motherhood. Teenage pregnancies impact on babies as well. Their mortality rate is high and they usually have weaker intellectual development. Above all, teenage pregnancies and early marriages are a threat to the implementation of Universal Education and to the future of the young generation.

As a nation, we need to devise ways and means of inducing behaviour that leads to improvement in care and protection of the girl child and to enhance the positive development of the child and adolescent behaviour especially with regards to their education, health and sexuality.

But just why are teenage pregnancies and early marriages a common phenomenon in many of our communities?

One of the major reasons is that there is no serious condemnation of the acts by the parents and the community as the girls are perceived to be a source of wealth/bride price.

A good number of parents who report cases of defilement of their daughters to the police do so just to intimidate defilement suspects in order to increase their bargaining power in negotiating for compensation. In other words, the parents make a fortune out of the defilement victim's misfortune then the matter is put to rest.

Most early marriages too take place with the full consent of the parents and in fact, some of the marriage ceremonies are even presided over by local leaders like LCs and Area Councilors. Surprisingly, when any one of these respectable persons is invited to speak at such ceremonies, it is common to hear the individual expressing how he or she is very happy to attend the function and assures the guests of their security!

Surely, there should be an end to this. Parents need to know that without education, a child has no future and the education of the girl child is as important as that of the boy. The girls can compete for jobs and perform as well as the boys. As the popular adage goes, educate a girl and you educate a nation, educate a boy, and you educate an individual, the benefits parents and the nation can reap from an educated girl are far greater than what an illiterate or semi-illiterate girl can offer. All the girl child needs is the necessary support.

The deviant social behaviour of defilement, teenage pregnancies and early marriages could be fought by promoting some African traditional values that have been neglected over the years. Thank God, cultural institutions have been restored and this is a perfect thematic area for their intervention. They African values include:

In addition, parents should do the following:

Another important remedy is for the schools, the police and all relevant authorities to rise up to the challenge and become more vigilant in following up school dropouts, early marriages and teenage pregnancies with the view of prosecuting defilement suspects and those who procure and abate the crime.

It is incumbent upon us individually and collectively to reverse this negative trend. NOW is the TIME, otherwise, the girl child will remain endangered with a bleak future.

The writer is a former Resident District Commissioner and teacher

uganda telecom for due deligence