Vipers held to goalless draw by stubborn O...
Next Story

Rajiv and Omar win in Kalangala

Rajiv said the event helped him gain experience of driving in different terrains as he prepares to compete for the National Rally championship next year.

Rajiv Ruparellia in action during the Autocross championship in Kalangala on Saturday.PHOTO: Johnson Were

Rajiv said the event helped him gain experience of driving in different terrains as he prepares to compete for the National Rally championship next year. 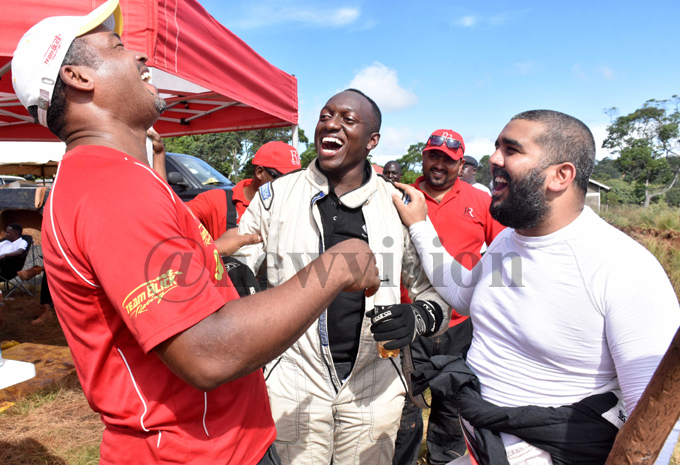 Rajiv Ruparelia chats with Arthur Blick Jr. and Peter Asimwe (C) during the Autocross Championship in Kalangala. PHOTO: Johnson Were

Navigated by Enock Olinga in a Volkswagen Polo, Rajiv posted a total time loss of 7.25 minutes and 10seconds ahead of Musoke in Mitsubishi Evolution Lancer V who finished second with a total time loss of 7.35 minutes.
Rajiv said the event helped him gain experience of driving in different terrains as he prepares to compete for the National Rally championship next year.
"It has been a good event. We have won the autocross trophy but most importantly, we are getting experience," Rajiv said while seated next to his father Sudhir Ruparelia who traveled to Kalangala to support his son.
To emerge champion, Rajiv finished second in second autocross round. However, he won the previous two events in Kayunga and Kapeeka.
Autocross championship is for newcomers in the national rally and a competitor must finish at least three events to be promoted to club man championship.
Omar wins Enduro
Meanwhile, youngster Wazir Omar finished second in the fourth round of the Enduro in Kalangala on Saturday to emerge the 2019 Overall National Enduro champion.
The 14-year-old, put up a spirited fight on a rainy day to beat challenger Cymon Charnley. 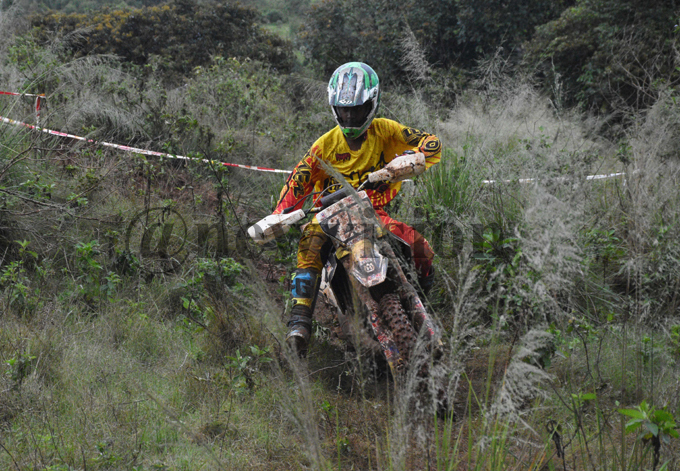 Wazir Omar negotiates through the bush during the Enduro Championship. PHOTO: Johnson Were

The win handed Omar his second title of the season with the first one being the MX125cc class Mountain Dew National Motocross Championship trophy he won with a race in hand.
"I'm very happy to win this Enduro championship. It is not easy to race with the experienced riders in that bush and tough routes, but I have made it and I'm very excited," Omar said after the event.
Wazir took advantage of the absence of his brothers Ali Omar Yasser and Waleed Omar to beat Charnley and emerge the winner.
Yasser and Waleed were also targeting the same trophy, but could not compete because they are writing their S.4 exams at Aga Khan School.