When Cece Winans led Kampala in praise
Next Story

Will the tax help reduce traffic congestion in Kampala?

The public reaction to the proposed tax has been varied, with many raising concerns about the current public transport system and its viability as an alternative to private means of transport.

The public reaction to the proposed tax has been varied, with many raising concerns about the current public transport system and its viability as an alternative to private means of transport.

Kampala Capital City Authority is proposing the introduction of a fee charged on private vehicles entering the capital city. It is hoped that the levy will reduce the traffic in the city and at the same time increase revenue collection for the authority. 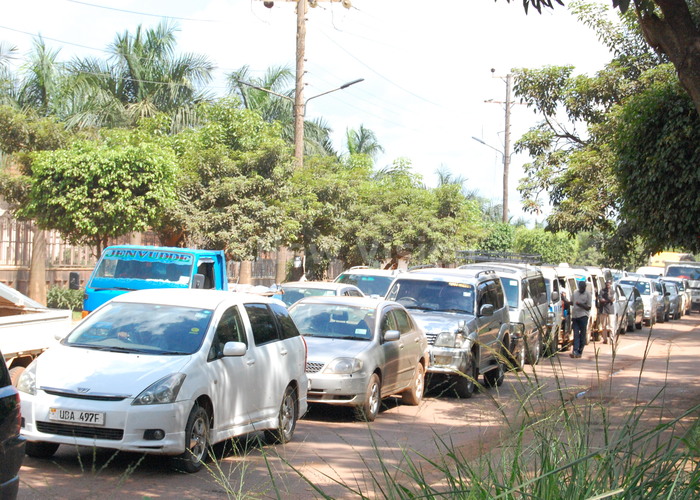 The public reaction to the proposal has been varied, with many raising concerns about the current public transport system and its viability as an alternative to private means of transport. Here are some of the reactions so far from our social media sites - Facebook and Twitter. 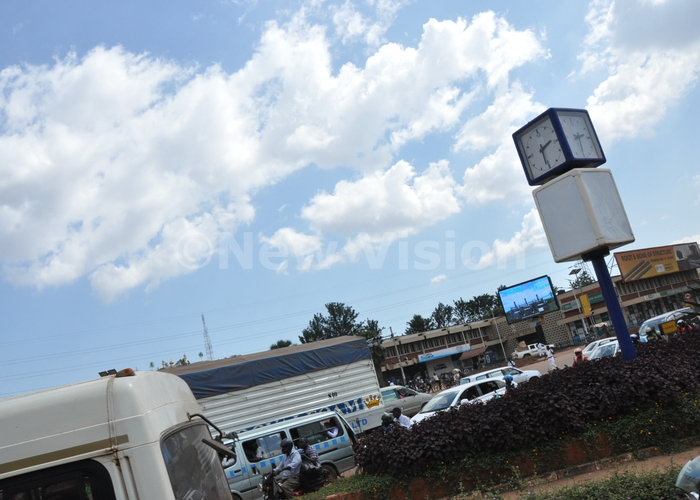 @lydmirembe: Where are the cable cars promised in 2014? Cabinet even approved a loan for the project. If you hope to ban private cars in the city then get a public transport system in order.

@Davis_267: This could have worked if we had good public transport systems ... city trains linking suburbs etc

@NansinguzaJ Oct 24: Are KCCA's Infrastructural development plans + their planning Authority's Ideas of decongesting the city exhausted...? How about the metropolitan areas? What are they planning to do with city flooding... flooding tax also? 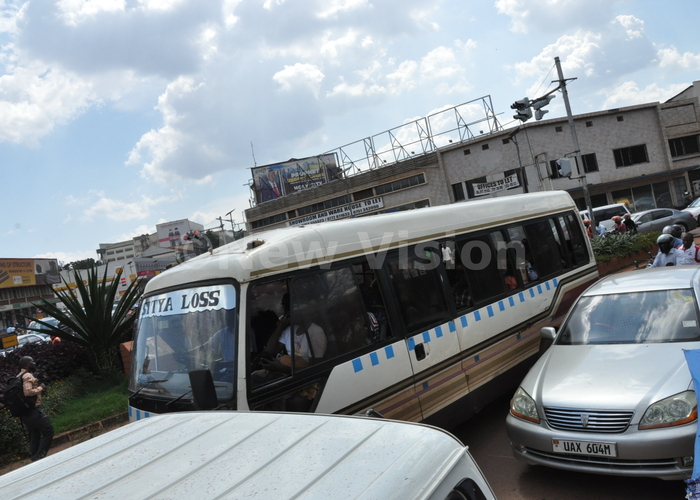 @dpmirembe: World over the principle of congestion tax is to discourage private cars & promote the use of mass public transport. Do we have a safe & reliable public transport system?  The answer is no. Then why this tax? 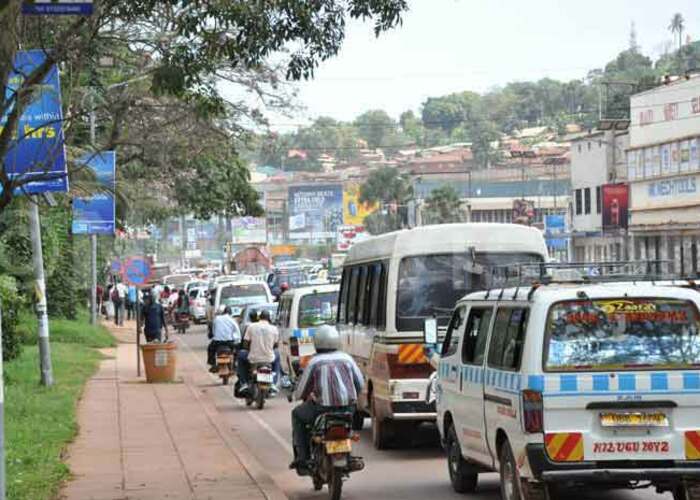 @KalundaDerrick: I think a wiser move would be to first clean up public transport. These are the same people who introduced the train which had started working well, moving people from Bweyogerere to town. They could not sustain it even when the market was there.

@Hannziri Oct 24: Fix & make public transport reliable then you can 'think' of introducing your taxes. Our work suffers because the gov't is unserious & myopic. Do better. 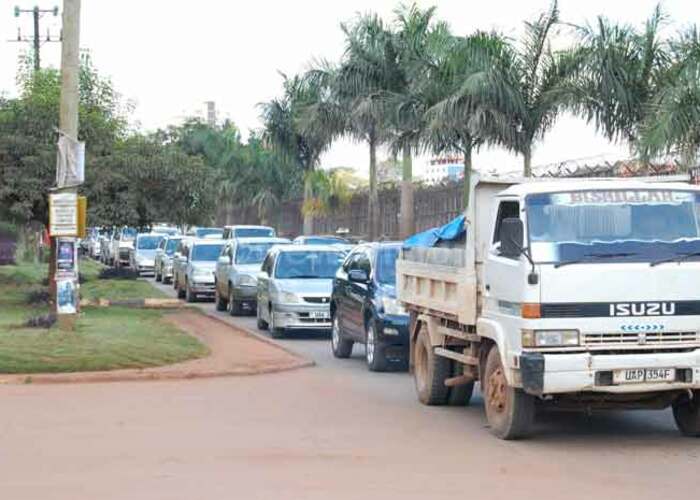 @mwebken: This would be practical...if @KCCAUG had a functioning public transport system (Light Rail and or City Buses). There is none! This too shall end, as always, in tears and chagrin!

@KoifafaT: @KCCAUG face the real issues facing the city like bad road network and poor planning like arcades and shopping malls without parking areas causing traffic jams since cars park on narrow roadsides, not every problem should be fixed by a tax. 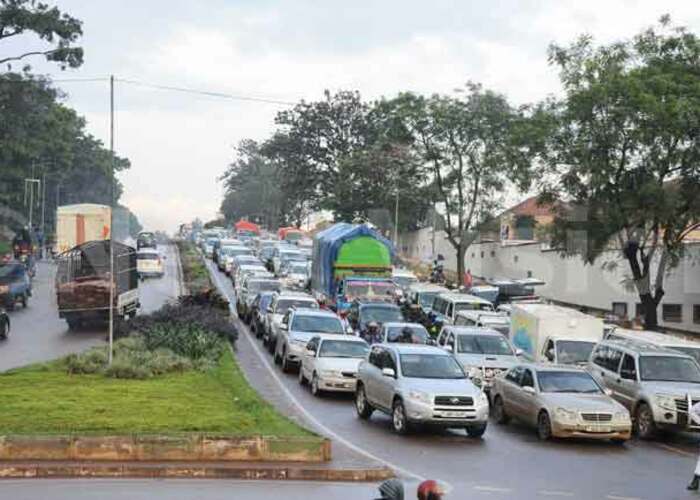 @MutebiKayondo: Why not road toll instead of the parking fee, I have a feeling that with an ever-increasing number of vehicles in Kampala, space for parking may also be limited and they may miss out on a better collection on the money. 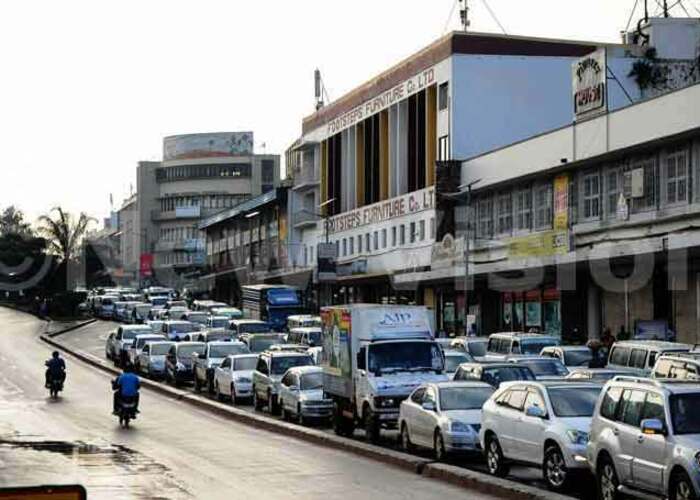 @tufaaki: So will all citizens be forced to use the DMCs of taxis?

@mugsulaiman: Reduce traffic by making sure your roads have no potholes and roadside stops should be put where relevant not people parking wherever they feel like... Increase the number of roads leaving the city I bet you won't find traffic.. but this, no. @MosezM: So @KCCAUG is convinced that congestion is due to private cars in Kla not doing important things but public, organisations and govt cars are entitled to the city!

@LameckBukenya: First sort out the mess in public transport

@MKasukaali: It should have been done yesterday

@JulianoLuckyj: In support of that 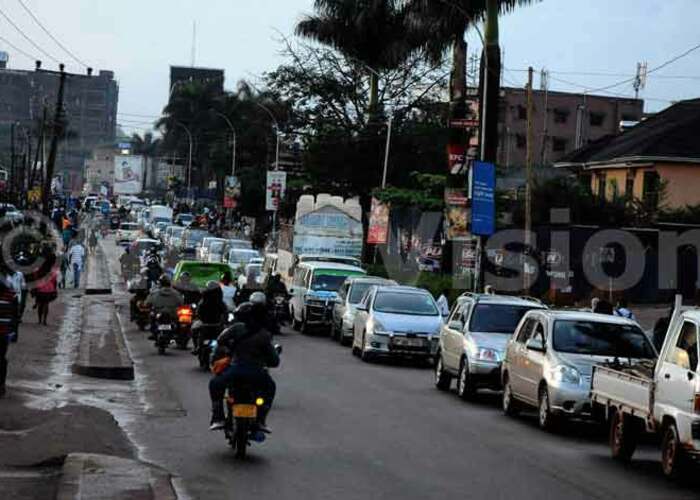 @mbabazigodwin: A big shot in govt must be owning a fleet of taxis and is looking to benefit from this. 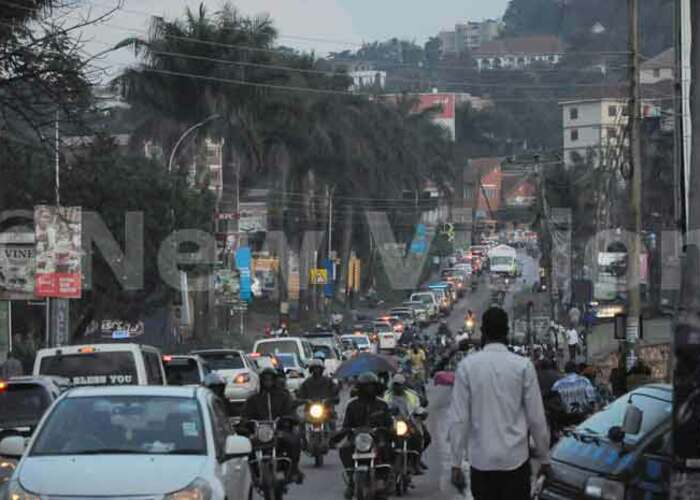 @tmashru: It is not a good idea as it will not be a deterrent for people. The only way to do is to remove the taxi park from the middle of the town to the edge of the town from where the circular routes buses ply every 2 minutes on the road. The taxi and the street parking is the only problem. 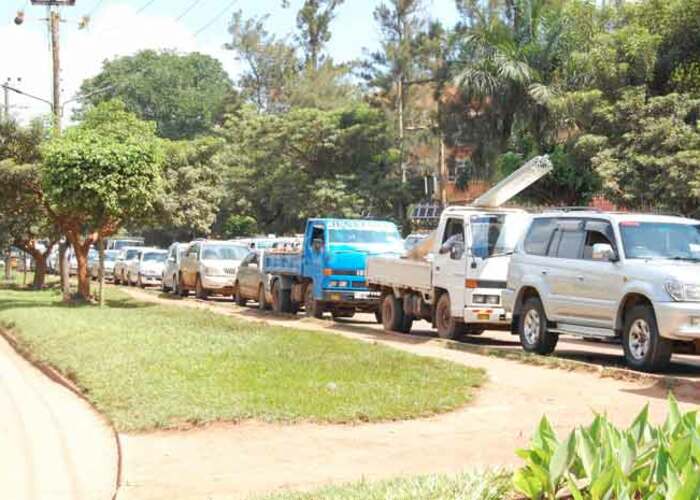 @jr_okiotr: You have no public transport system and then you want to tax people for using their own cars?!!!

@WakoJoel: @GovUganda cars with escorts should be taxed as well. They make unnecessary noise. 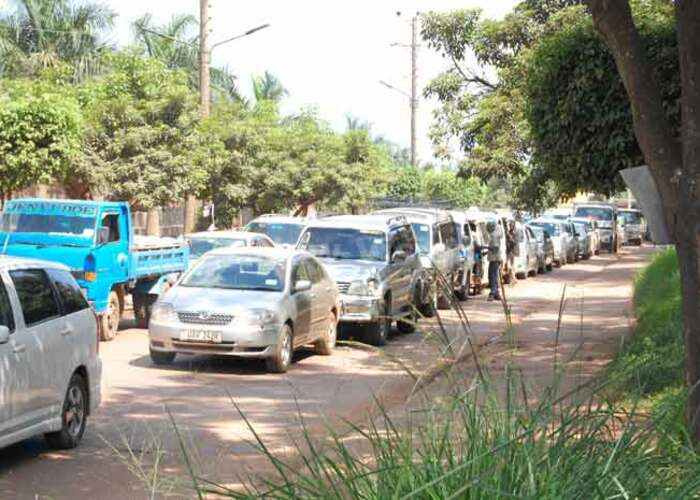 @daudimuscle: I don't think they understand the cause of traffic and are looking to gain as much from people. Take Kenya for example bodas in certain parts of the city centre are not allowed. Start with targets you can accomplish rather than go overboard with such ridiculous ideas.

@2umusiime: But at what point should we enjoy our country after paying taxes left and right? The city planners are a bunch of sleepy officers. The streets are reduced because of special hires taxis and bodas, start with them, you will see the streets organised.

@Lone_Walker256: Sounds like they don't want people in the city which is a very good idea, such developments, in the long run, will help other towns put the right infrastructure and facilities to seize opportunities that were directed to Kampala. KCCA has to trade-off carefully

@sofia_alio: We shall fail to buy bread in our own land.

@rukundo_jobson: @KCCAUG I think you better think about why so many private cars are flocking the city every day? Then look for solutions based on those reasons! Otherwise, d tax thing will be stealing citizens in broad daylight! We pay taxes to have these roads constructed btw. u r just a manager

Ndyabasa Eastone:  The congestion is caused by these useless small taxis. KCCA should address the problem by introducing bigger buses and shifting the parks. Imagine having Old Taxi Park, New Taxi Park, kisenyi Taxi Park each separated from another by less than 200metres and you call that planning.

Robb Pierce KCCA, you do realise that the majority of the cars in the city are not private but commercial??? Bodas, taxis, private/special hires, tippers, trucks, and busses? Few cars in the city are privately owned and driven. Most of the congestion is taxis!!! Deal with a solution for so many taxis and give them citations for their reckless and law-breaking driving.

Didas Mugumya @KCCA What are you doing to improve public transport to make it organised and on schedule? Without doing that, you are just increasing the burden of living and working in your unplanned city, on top of being daytime robbers.

Paala Joab Quite skeptical about the plan! Ugandans are good at conditioning, they will surely cope up with it but I don't think anyone who is able to afford fuel in Kampala will Park his or her car n use other means in fear of tax, more so in these harsh weather times.


Oloya Denis Whosever knows traffic design and management skills would say this is one of the ways to control congestion. In traffic design, we prioritise 1. Walking 2. Riding 3.Public transport. Which boda-boda belongs to category 2 and taxis belongs to category 3. Any of you will bear me witness that in most residential areas like Gayaza there's too much congestion in the morning and evening. An alternative from the fee levied on private cars is to encourage carpooling. I personally agree with them but they must first organise public transport, improve their design to encourage walking and provide for bicycle lanes

Willis Gessa In most private cars there is only one person and it's a fleet of them which actually causes congestion. I think it's a wise move by KCCA although Ugandans will easily cope up with that tax

Kasasa Peter Good idea. This will encourage carpooling which is the immediate and effective traffic jam remedial

Kiprop Emmanuel, I don't think congestion can be managed by fining those found guilty. Kcca needs to carry out enough research in order to combat congestion in Kampala

Mark Singura Think we should all support this initiative