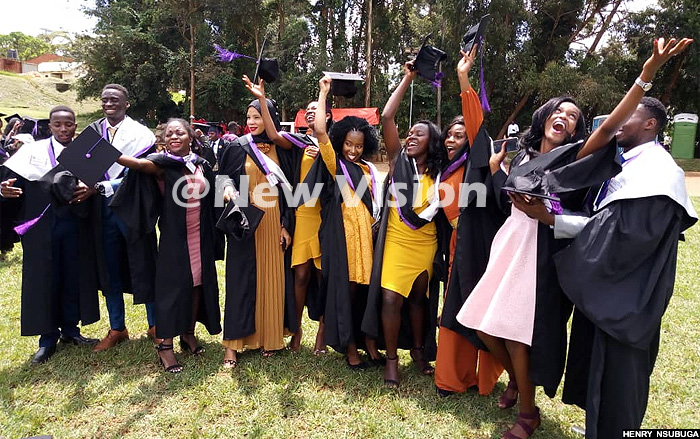 A total of 1,153 students have today graduated from Uganda Christian University (UCU) at the main campus in Mukono municipality.

A total of 1,153 students have today graduated from Uganda Christian University (UCU) at the main campus in Mukono municipality during the univesity's fourth part of the 20th graduation.

The faculty of business and management dominated the list of the graduating students with 780, followed by the faculty of education, with 197.

Thirty-two of the graduating students got first-class degrees. The female students have made up 57% (655) of the students graduating with diplomas, bachelor's degrees, postgraduate diplomas and master's degrees. 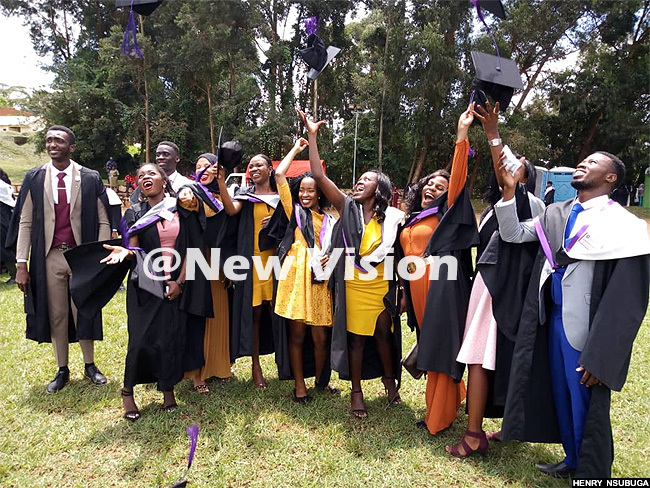 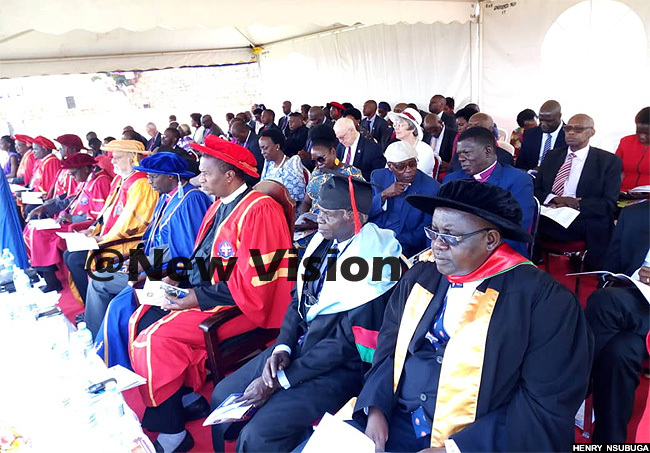 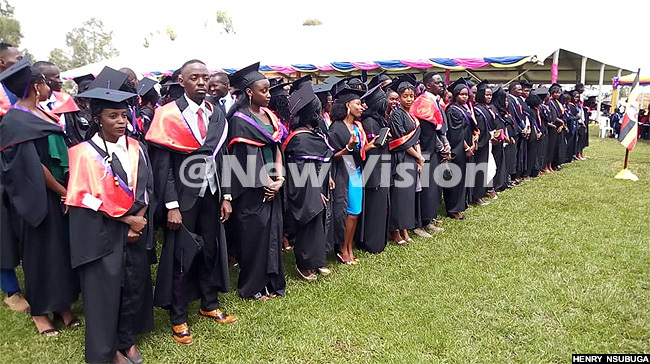 By Eddie Ssejjoba in Mogadishu:

Ugandan legistlators on the defence and internal affairs committee are here to get a feel of what our gallant soldiers are going through to provide peace to fellow Africans in Somalia under AMISOM. This is so that they can make informed decisions when allocating resources. 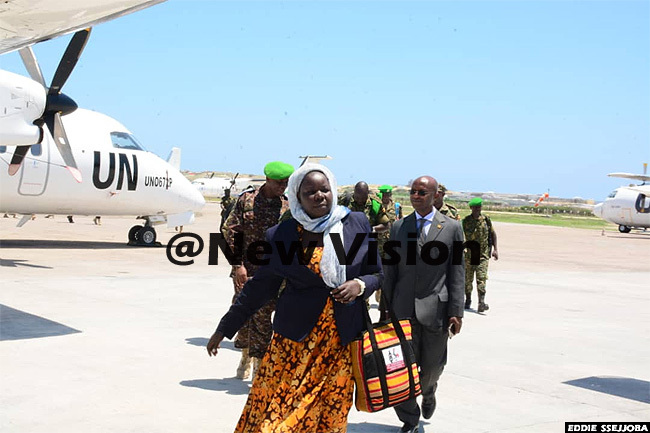 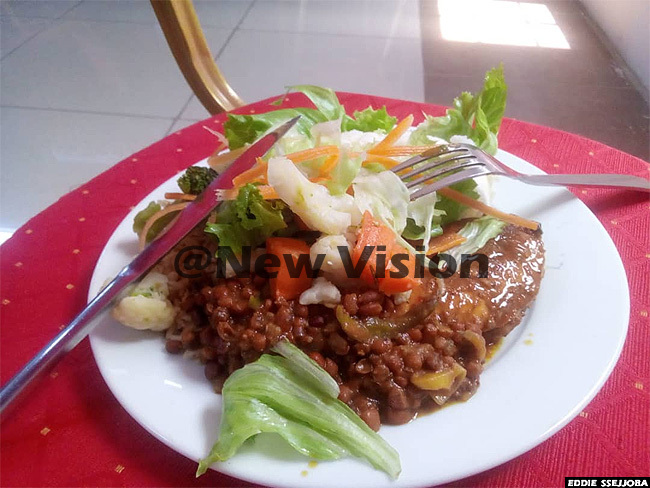 It is duty time for the troops 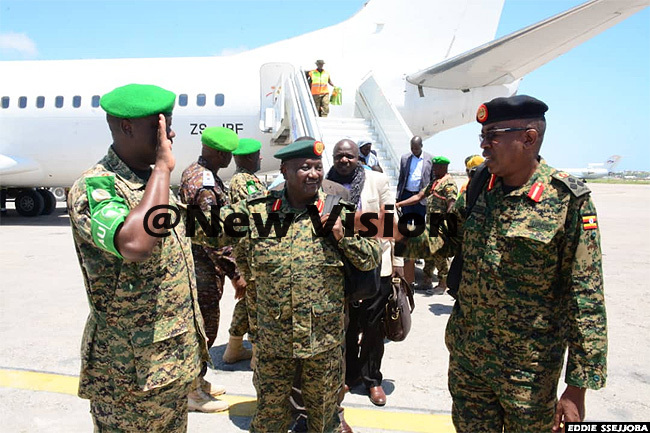 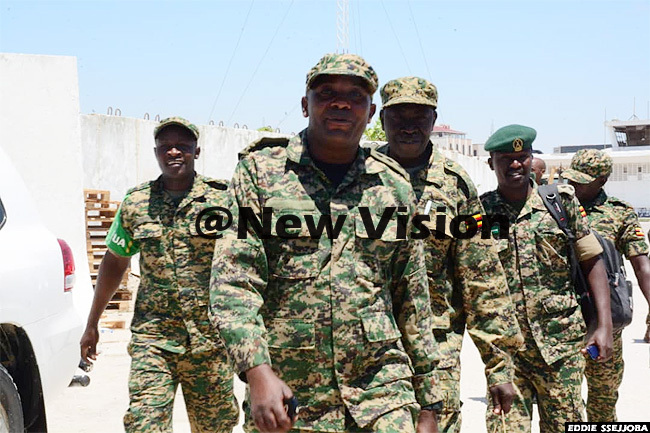 And as such, the President says the four blocs of Africa, Russia, China and India need to support "one another's prosperity through trade".

The population of Uganda is now 42 million. It will be 106 million by 2050. Hence, the potential for supporting one another's prosperity through trade among the four blocs: Africa, Russia, China, India, is very great and Africa will be a great stimulus in that cluster. pic.twitter.com/0C9nGpi0fj

11:45am |   Ugandan AMISOM soldiers off to Somalia

A contingent of Ugandan soldiers who are part of the African Union Mission in Somalia (AMISOM) have flown back to Somalia for duty.

Before departing earlier on Friday at the airbase in Entebbe, State minister for defence Sam Engola interacted with the soldiers. 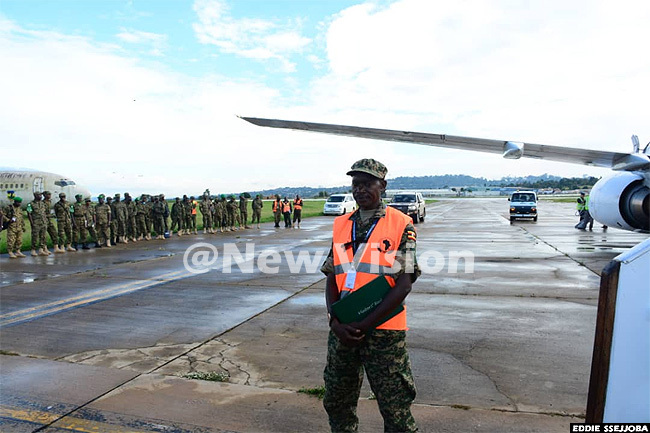 By Ismael Kasooha in Rakai

Robert Benon Mugabi, the Rakai district chairman, has expressed concern that delayed compensation is grossly affecting the livelihoods of the local people. He has asked government to expedite the process.

Mugabi says there is need to strengthen the relationship between the East African Crude Oil Pipeline (EACOP) project implementers and the public to allow smooth implementation.

He thanks government for the mega investment in the country and is optimistic that it will greatly improve the economy.

The presiding officer, Prof. Vincent Bagire, has asked the public to openly submit their views on the EACOP environmental and social impact assessment ESIA report so that they can be integrated into the final report before the actual implementation of the 1,443km pipeline starts.

According to a statement by KCCA;

• The section of Burton street between Ben Kiwanuka Street and William Street shall be two-way.  All on-street parking shall be suspended along Burton Street to allow smooth traffic flow.

• Buxton Road shall be one way towards Sikh Road for Vehicles exiting the city.

• The section of Sebaana Kizito Road (Nakivubo Place Road) between Namirembe Road and Nakivubo Mews shall be two-way.

As a result of the above changes in traffic flow and planned closure of the entry/exit point off Luwum street to the Old Taxi park, the reorganization of stages within the Old Taxi Park will be as follows:

1. All taxis plying Entebbe road shall be moved from Old Taxi Park to Usafi Park. The following stages shall be relocated to Usafi Park:

2. Vehicles currently operating on the streets around the park will be moved to operate inside the park.

3. The following stages that have been operating along streets around Shoprite, Shell and Gapco fuel stations but ply Ggaba road shall move to the Old Taxi Park to replace those that have been relocated to Usafi Park:

Today is a pivotal day in the city's traffic flow.

Kampala Capital City Authority (KCCA) and Uganda National Roads Authority (UNRA) are implementing the Kampala Flyover Project and the reconstruction of Namirembe-Luwum Street in the Central Business District. The two projects are expected to impact and change the directional flow of traffic within the CBD during and after the construction period.

As a result of ongoing works for the flyover project and the Non-Motorized Transport Corridor, the changes in traffic flow are taking effect starting today.

Thursday evening, bulldozers were seen at the Old Taxi Park starting off work. "The only secret behind a good day is a good attitude."

Wanna have a good Friday?

Bet you do. So, start with your attitude.

HAVE YOUR SAY: What are the areas with the heaviest #traffic jam? 🚙🚕🚌🚗🚑🚐🏍️🚙 pic.twitter.com/ZX1qots9qa

This morning, we are asking you what, from your experience, are the areas with the heaviest traffic. Your feedback is quite revealing. Check out what you lot are saying on one of our social media platforms (Facebook):

Around Uganda: .@KagutaMuseveni states that balanced trade and investments will bring stability while at the #RussiaAfricaSummit
Details and more stories in the full Bulletin
Visit https://t.co/smlDq3h75u
cc. @ruthdavoice #NewVisionTV pic.twitter.com/FgmcHXFpez

Today is the day that over 1,000 students are graduating with Bachelors and Masters degrees from Uganda Christian University at the main campus in Mukono.

For the last 22 years, we have contributed to the development of Uganda and the rest of the World. This Friday, over 1200 will graduate with Bachelors's and Master's Degrees. We congratulate our dear graduands and we are committed to producing people who will transform the world. pic.twitter.com/OczLJBkjgb Following days of protests by students over tuition fees at the main campus, Makerere University has come out to clarifiy on the matter.

Here is the statement in full:

Makerere University Management wishes to make the following clarifications on the current fees policy now being contested by the students.

1. There has been no tuition increment this academic year. The students continue to pay the fees as per the structure given to each student at the time of admission.

2. The policy being contested by the students was approved and implemented in July 2018.

3. The policy was approved after a thorough report presented by the special committee of the Guild representatives appointed by the Guild leadership whose work started on 4th June 2018.

4. The appointed Students Guild committee presented the following recommendations to Council on 6th July 2018. They have been quoted verbatim.

Instead of increasing fees by the tune of 49% and 91% as it were in the earlier Management proposal there should be a uniform and moderate 15% increase in tuition fees across all programmes effective 2018/19 for the next 5 years.  This however means that a student who joins the University at a given fees structure that has a 15% factored in, shall continue to pay similar fees until he completes the Course duration.

While the Visitation Committee recommended that Public Universities should charge a unit cost per program, our Committee has only considered a reasonable and moderate 15% to cater for annual inflation.  This was mainly considering our unique social -economic conditions as a country.

The increment of 15% should only apply to first year students (effective 2018/19) going forward and not continuing students.

There should be a feedback framework where all matters/policies that affect students are discussed by student leaders beyond the two student representatives that sit on the Council and its Committees.

The Guild President and his Vice should be allowed more participation on committees of Council that relate to student issues including quality assurance and student welfare committees.

The revenue accruing from the above proposal if approved and implemented should reflect a change in student services especially in areas of student hygiene, Laboratory facilities, teaching facilities, WiFi, health services and customer care.

5. The University Council upon receipt of the recommendations from the Students Guild committee discussed and agreed as follows:

To increase fees on all undergraduate programmes for first year students by 15% beginning with the 2018/2019 academic year.

That the 15% fees increment be successively continued for each cohort on the fees for the previous academic year over a five-year period.

That every cohort of students continues with the fees structure upon which they are admitted until they complete their programmes.

There will be no fees increment on continuing students

That Management sensitizes the student body on the new fees structure accordingly.

Management therefore wishes to inform all our students that we are ready and willing to meet the Guild leadership so as to address the complaints at hand, in line with the aforementioned recommendations. 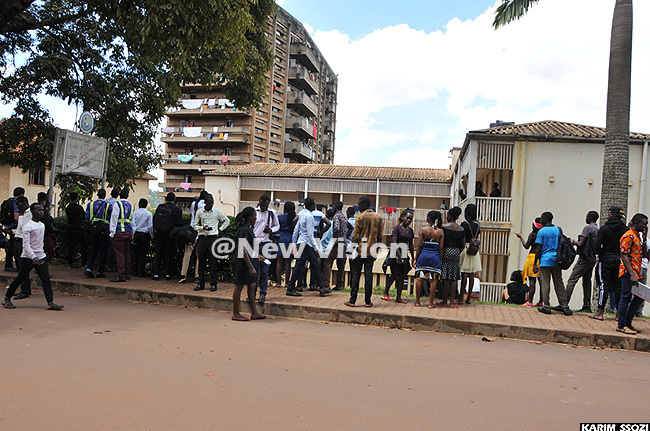 Friday is here. Wishing all you, our Muslim brothers and sisters, a happy, fruitful Friday.

Allah is sufficient. There is none worthy of the worship but Him. Place your trust in Him. He is Lord of the Majestic Throne. Salam Alaikum pic.twitter.com/Sfx6GhZl5T

"Be like a duck, paddling and working very hard inside the water, but what everyone sees is a smiling and calm face."

Manoj Arora, From the Rat Race to Financial Freedom 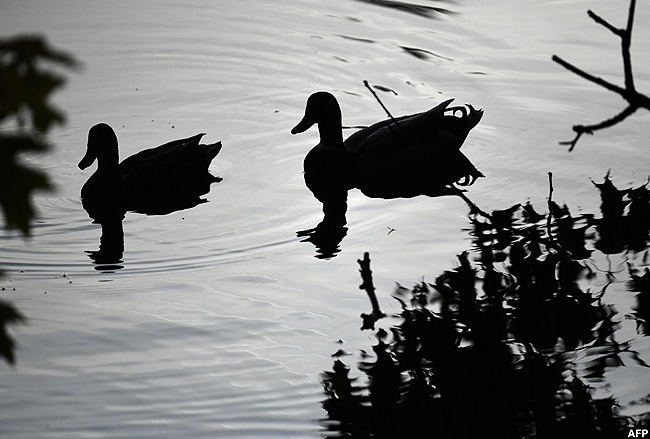 "I used to think I was ugly. I thought I looked like a camel. A person who doesn't love themselves, they will see anything that pops up on their face. I've seen squirrels, I've seen a bird, and I've seen all kinds of animals on my face. But that is the result of self-hate. I've learned to say: 'You know what? I am a beautiful black woman'." Hello everyone, it promises to be a very busy Friday, so why don't we hit the ground running?

First up, some motivation to start us off.