A football match, a latrine, a mad scrambl...
Next Story

Uganda’s day-one outing was nothing to be proud of as Martha Babirye, Irene Nakalembe and Peace Kabasweka fired nine-over each.

Uganda’s day-one outing was nothing to be proud of as Martha Babirye, Irene Nakalembe and Peace Kabasweka fired nine-over each.

Tanzania took a nine-stroke lead as the 5th edition of the East and Central All Africa Challenge Trophy tournament teed-off at Entebbe Club on Thursday.

Iddi Madina with a five-over 76, produced the best score of the day to help her country take the lead, ahead of Uganda who are chasing for their first championship.

Hawa Wanyeche and Angel Eaton who are no strangers to the Entebbe course carded a scoring 79 and 80 respectively on the day to compliment Madina's score as they gun for their third championship, in the ladies-only event for countries within East and Central Africa.

Uganda's day-one outing was nothing to be proud of as Martha Babirye, Irene Nakalembe and Peace Kabasweka fired nine-over each, returning; 80, 81 and 83 gross each, that counted for Uganda's total on the day. The best three scorers for each country, count in each round.

"I personally didn't have a good start but I hope to get better in the subsequent rounds, neither did my teammates but I'm confident we shall turn it around. I'm counting on my teammates and I trust each one of the girls will correct their mistakes," team Captain Irene Nakalembe said. 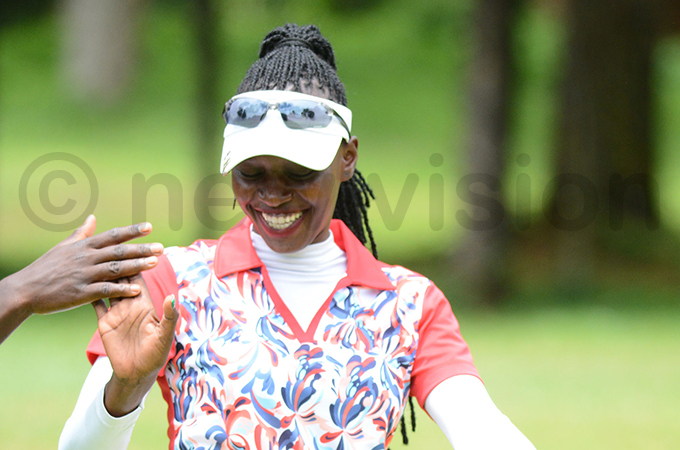 Babirye who was Uganda's best scorer is also hoping Uganda will turn it around. "We don't expect our opponents to make so many errors so we have to do our best," Babirye noted.

Kenya captain Agnes Nyakio who led a relatively new team to Uganda was the second-best in the individual scores with 78 and is also looking forward to further improvement together with her teammates as they also gun for their first title like Uganda.

"The course is good but the greens challenged us but we hope to improve in the remaining rounds," Nyakio said.

With defending champions Zambia and 2015 hosts Malawi having failed to travel to Uganda, the competition has turned into an East Africa affair.