Once on the top you see stones believed to be royal seats for kings who came to visit the hill.

Once on the top you see stones believed to be royal seats for kings who came to visit the hill.

The Chinese say the journey of a thousand miles begins with the first step. Similarly climbing up Kagulu Hill is not a simple feat. But once you take that first step, you embark on a journey into the history of Busoga. Kagulu hill is located in Buyende district. The hill is believed to be the first migration and settlement centre in the region.

Panting and sweating, under the hot afternoon sun, together with my guides, we made our way to the top of the hill. Kagulu is about 10,000 feet above sea level. It is situated north of Kamuli District. On average, it takes about an hour to climb to the summit of Kagulu Hill. Kagulu is the birth place of Basoga. According to legends Kagulu had two wives called Kagwese and Mawale. These are two smaller hills that sit next to Kagulu. In the sixteenth century the first people to arrive in Busoga settled on Kagulu Hill. It is believed that they migrated from Bunyoro Kitara kingdom of the Bachwezi. 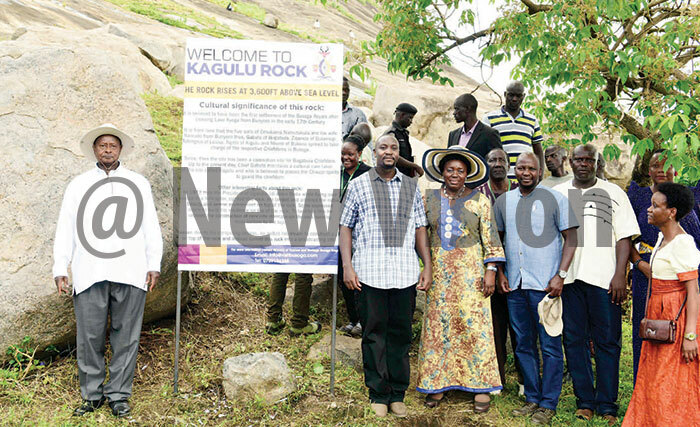 According to Francis Makiika, a resident, the first settlers were led by a prince caleed Mukama, who was nick-named Omukama Namutikula because he was very light skinned.

Makiika says Omukama Namutukula came to Busoga through Lake Kyoga at Iyingo landing site and first settled in Iyingo in Budiope about three miles from Kagulu.  He was accompanied by his wife, called Nabalongo. Namutukula married other women who produced the first generation of Basoga. As a result over 75% of Basoga trace their roots from Bunyoro and the two tribes share some norms and other cultural aspects. 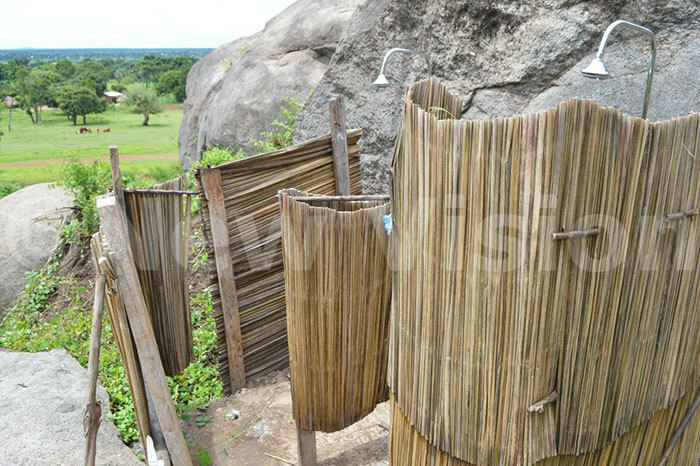 It is also believed that Mukama Namutukula did not die but just disappeared. "Namutukula left Busoga in obedience to God's command that go out to the world and multiply," Makiika says. Namutukula's relics can be found on the hill. On the northern side of the hill one can see the remains of the boat that brought Namutukula from Bunyoro to Busoga along the Nile through Lake Kyoga. There is also a spear which locals say belonged to Namutukula. 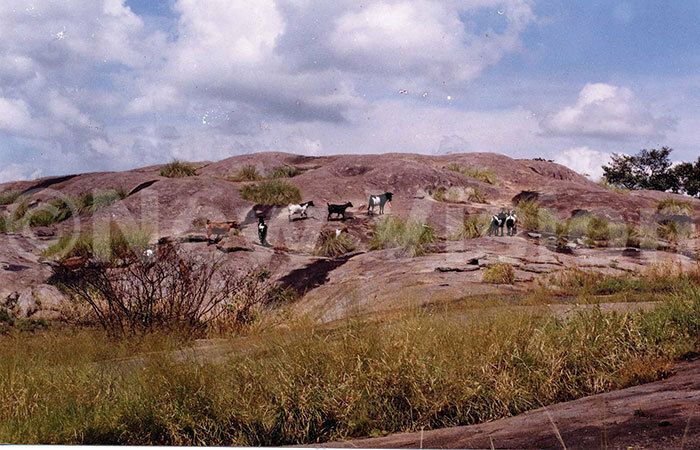 Kitimbo gave birth to Mawerere and Kyabazinga Sir Wilberforce Nadiope came from this lineage. Folklore has it that when Mawerere died, his head was preserved and that to this day the skull is still there. Locals however, say that only one person from the Ngo clan called Basuuyi, the official keepers of the head, is able to view the head.

Every year the installation of a Gabula or a chief is done on the hill. Locals from the surrounding areas go to the hill and make merry. They spend about three days on the hill, drinking, feasting and dancing as they congratulate the new Gabula. But the festival has gradually disappeared due to poor management. As the people of Budiope advocate for a district there are fears among Basoga from Kamuli that, this will lead to the demise of these festivals. 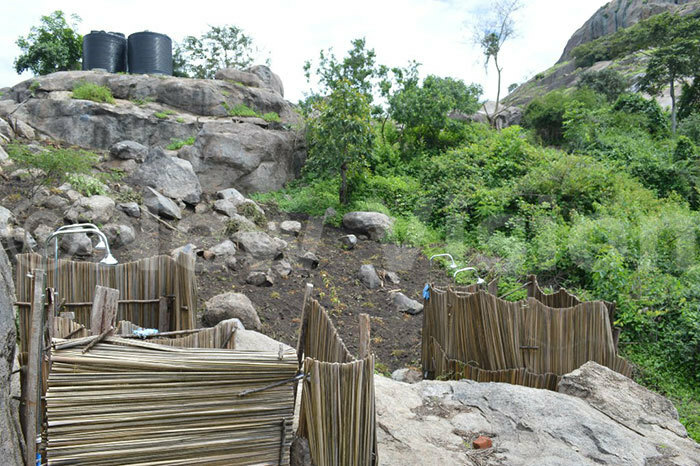 The showers are some of the fascinating tourist features at Century Heritage, located at the foot of the 3,848 feet hill

As you ascend the hill you pass through an open tunnel with rocks on either side. Stairs were built to the summit of the hill in 1972. Part of the stairway has been overrun by grass.

One of my guides, Living Balyejusa recalls the day when the then deputy Speaker of Parliament, Rebecca Kadaga, visited the hill. He says, she was so scared to climb a section of the hill and decided to call off her visit.

Once on the top you see stones believed to be royal seats for kings who came to visit the hill. Next to these stones is an open space where the cultural rituals are performed. There is also a pool of water in which people used to bath to cure them from diseases. However, the water in the pool has since receded in size.

Marriage, the death of a royal or the birth of children used to be commemorated on the hill. Makiika says people would sound drums called nduyi to commemorate the special occasion. They would shout, ‘'Bunyoro Kitara,'' in respect of their ancestors. 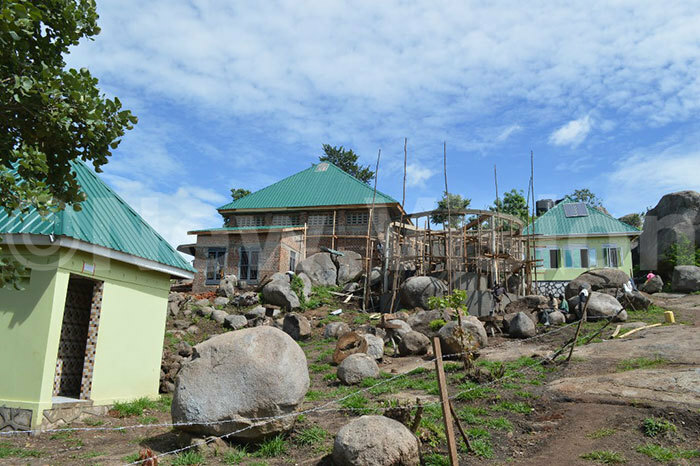 The Century Heritage at the foot of Kagulu hill

Eight-three-year-old Kayizi Eseri, who has lived in the area for over 60 years, says the stairs were built on the orders of Uganda's former President Idi Amin. He says Amin had wanted to establish a communication centre on top of the Hill. "Amin wanted to communicate with his people easily, especially those across Lake Kyoga in Teso region," Kayizi says with a wide grin on his wrinkled face.

A lone dilapidated building stands on top of the hill. The building has no semblance to the once beautiful appearance it commanded. What is left of this grand scheme is a Radio Uganda mast that is said to have been over 100 feet tall.

Kayizi recalls hyenas that used to live in the caves on the hill would terrorise locals. "These hyenas used to eat our animals and it was not until 1983 when we ganged up and killed them that we experienced peace," Kayizi says. For a fee one can be taken for a tour into the dark confines of the caves. Just below the hill lies Kibirekyeza trading centre. It has 10 main buildings. The residents, according to Balyejusa and Makiika, take visitors on guided tours of the hill at a fee. Most visitors to the hill are mainly whites from the UK and Holland.

The soils around the base of the hill are very fertile and farmers have planted crops like maize, ground nuts and cassava.

It is rumuored that there are plans to build a hotel on the slopes of the hill, Makiika however, rubbishes the claims saying the bickering among Kamuli's politicians can't make it possible.

As one descends from the summit, one appreciates the value of history.