So in the heat of the moment of victory, the Ugandans started dancing the kadodi right there in the middle of 30,000-capacity Stade Municipal de Mahamasinin.

So in the heat of the moment of victory, the Ugandans started dancing the kadodi right there in the middle of 30,000-capacity Stade Municipal de Mahamasinin.

MADAGASCAR - It was a magical moment, on that hot and dry September evening in 2007 on the Indian Ocean island of Madagascar. The Uganda national rugby team, the Rugby Cranes, had overcome all odds and beaten the hosts to win the Rugby African Cup (CAR). They had not only beaten the crafty Malagasy, they had demolished them, with the final score 41-12. 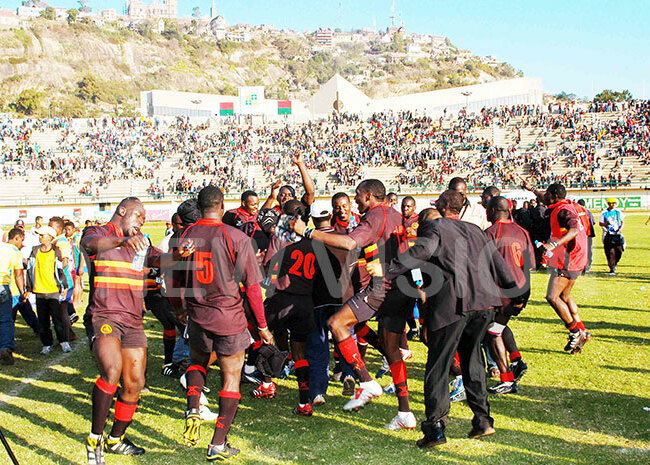 The rugby Cranes dancing Kadodi after their victory. Photos by Kalungi Kabuye

So in the heat of the moment of victory, the Ugandans started dancing the kadodi right there in the middle of 30,000-capacity Stade Municipal de Mahamasinin. You have to understand the exhilaration of those lads because they had done what no other Ugandan sports team had ever done, they had conquered Africa. So they jumped, and screamed, hugged each other, and danced the kadodi. 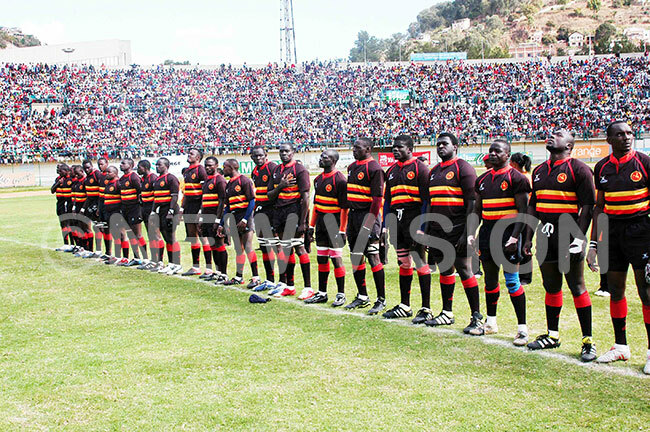 I'm not sure who started it, was it Adigas, the jolly giant? Most probably, because he was all over the place. But very soon the others joined in, and it was a merry collection of rugby lads full of adrenaline and the joy of winning, against all the odds that Uganda sports teams have to face. 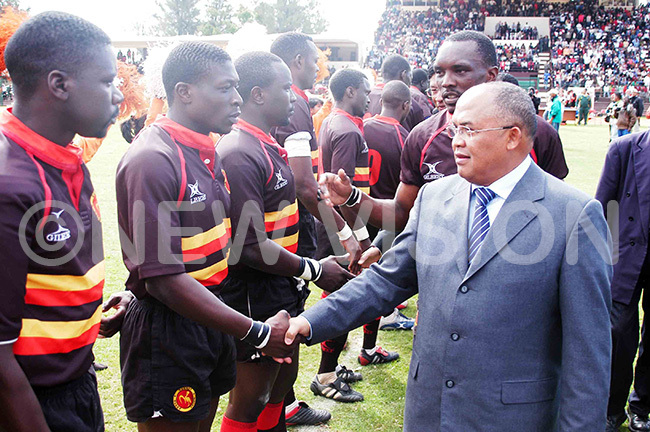 The then President of Madagascar, Marc Ravalomanana, inspecting the Ugandan team. He was overthrown soon after by the present President Andry Rajoelina. Some say it had to do with that bad loss against Uganda

The odds against them manifested themselves right from the beginning when unsurprisingly the team got almost nothing from the government. Nothing new, right? But the Rugby Cranes had qualified for the CAR finals tournament in Antananarivo, and they were going, come hell or high water. 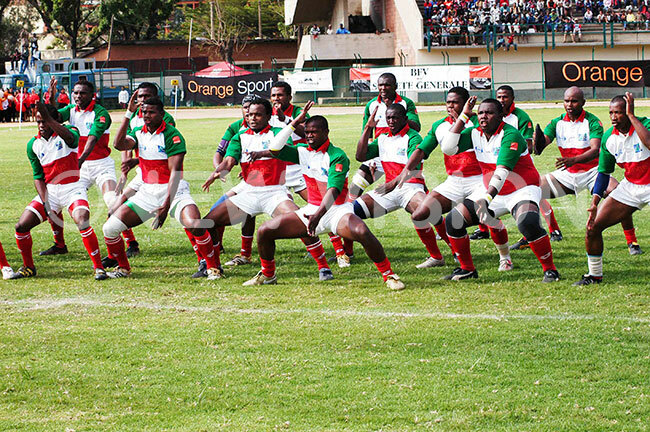 The haka is supposed to intimidate opponents, but it did not work for the Maki, the Madagascar national rugby team

Thus friends and companies put funds together, and the team was on its way, first a night in Nairobi, then an early flight to Antananarivo. They got to the small hotel where the teams (Cote d'Ivoire was the other finalist, with Kenya and Madagascar) were booked, only to find there were not enough rooms for everybody. By the time that got sorted, there was no dinner. Guys had to either sleep hungry or go into town to buy chips and chicken.

Then when the Ugandans went for breakfast, the Cote d'Ivoire guys had eaten everything, and management didn't want to put on extra food. Then the cars to transport the teams to the airport were too few, and those big rugby guys had to squeeze in two to a seat. 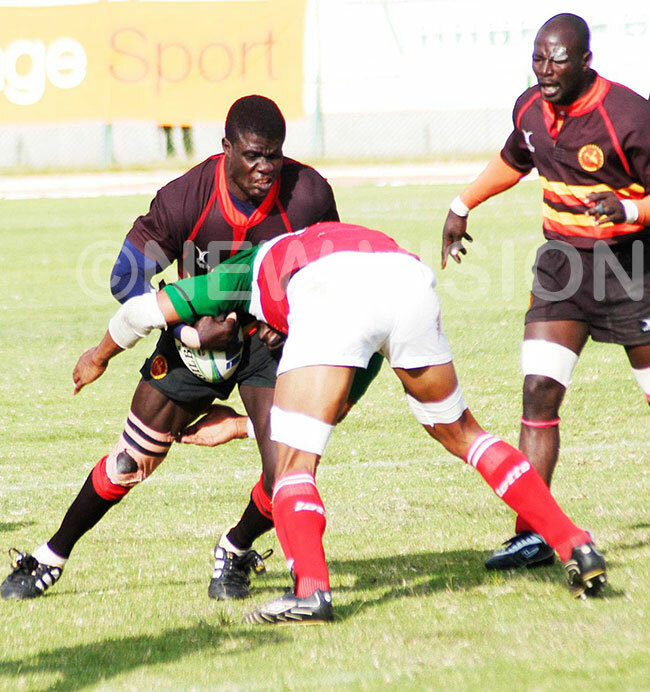 It was all blood and sweat. Uganda's Victor Wadia takes it to Madagascar

They got to the airport, and the Kenya Airways flight was first delayed, and then cancelled. Eventually, the President of Madagascar had to send a special plane to pick up the teams.

They got to Madagascar, and the hosts started playing mind games. Training sessions were changed at the last minute, drivers disappeared with team vehicles at crucial times, and at one time both Kenya and Uganda were forced to train on the same pitch after officials double-booked the pitch. 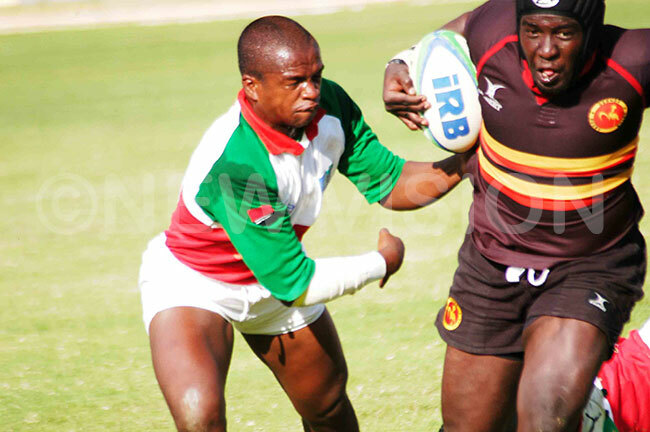 The Rugby Cranes left the Maki in their tracks

On the day of the final against Madagascar, the Rugby Cranes were first refused to train in the stadium, with claims that Kenya (who was to play the 3rd position playoff) had booked the pitch. But the Kenyans said it was okay for Ugandan to use it, so the officials changed he story, they claimed because the President was due to attend the final, the stadium had to be closed to everyone.

But that did not faze the Ugandan lads one bit, as they saw off traditional rivals Kenya 24-12 in the semi-finals. And the stadium was full, with the full Malagasy cabinet in attendance. At the end of the day, despite some very dirty play by the hosts, the Rugby Cranes were champions of Africa. 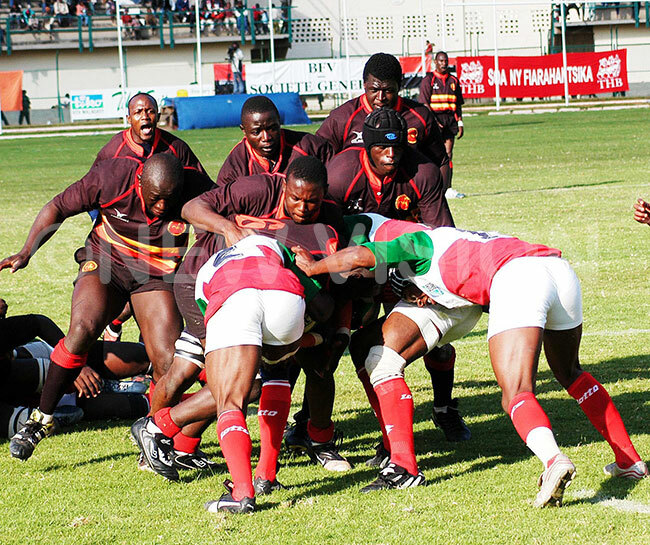 MAMBA! The much-feared Rugby Cranes pack that won the Africa Cup for Uganda

And they danced kadodi. The Malagasy fans didn't seem to like it, though, and the Ugandans spent another two hours in the stadium after the game as the police made sure irate fans were dispersed. And guess who was waiting to receive the African champions at Entebbe when they finally made it back? Government officials, including Minister Bakabulindi. 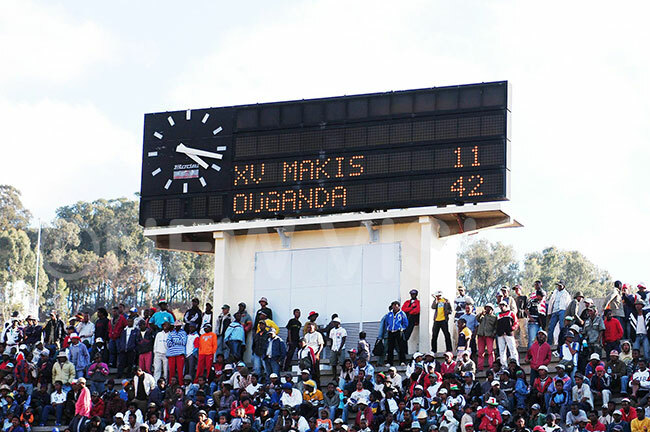 TALE OF THE SCOREBOARD: The scoreboad at the Stade Muncipal de Mahamasinin Madagascar 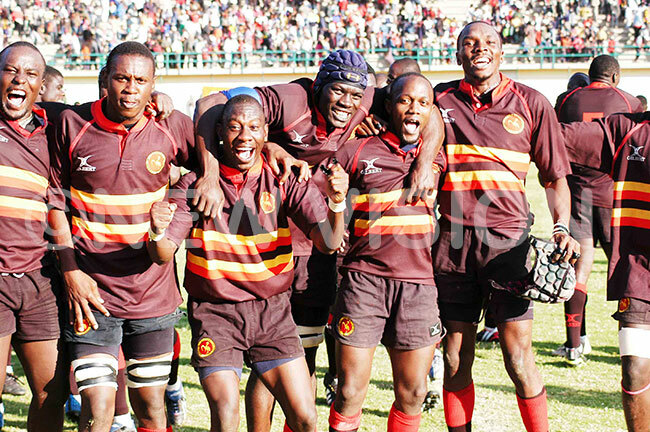 The Rugby Cranes celebrate the win over the Maki 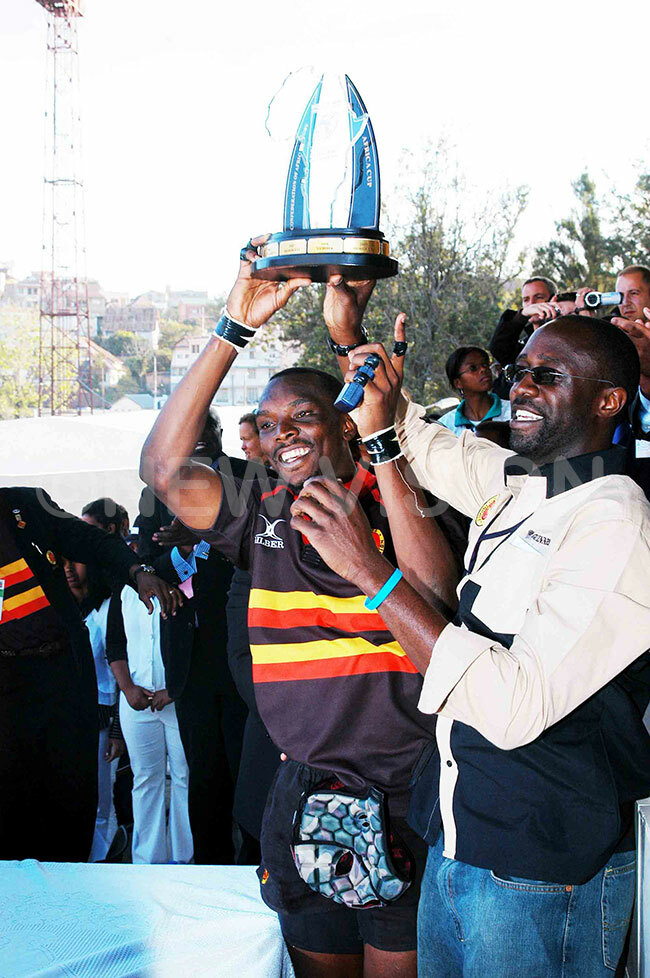 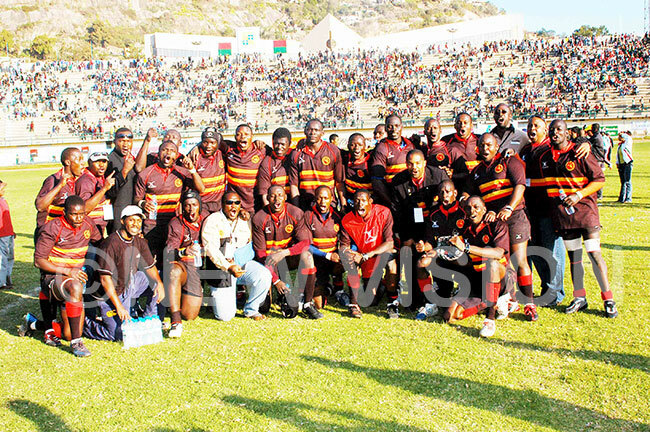 By the time the Rugby Cranes posed for the winners photo, the stadium was almost empty