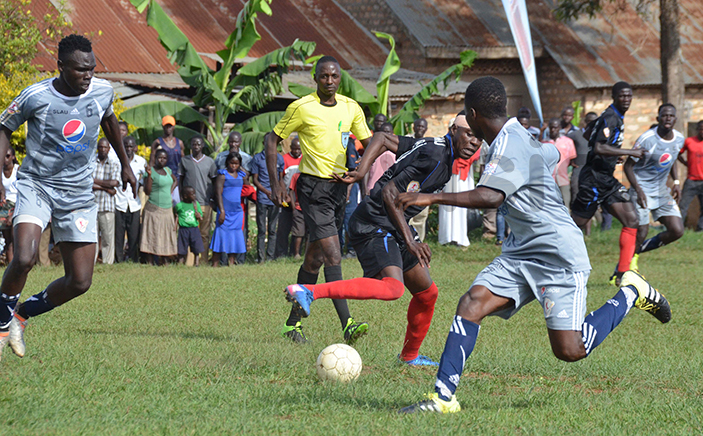 In a recorded phone conversation, Kiweewa is heard chatting with Uganda Martyrs University (UMU) coach Noah Mugerwa allegedly requesting for sh1m to fix the semifinal return leg match between UMU and St Lawrence in the University Football League that was played last Friday in Nkozi. 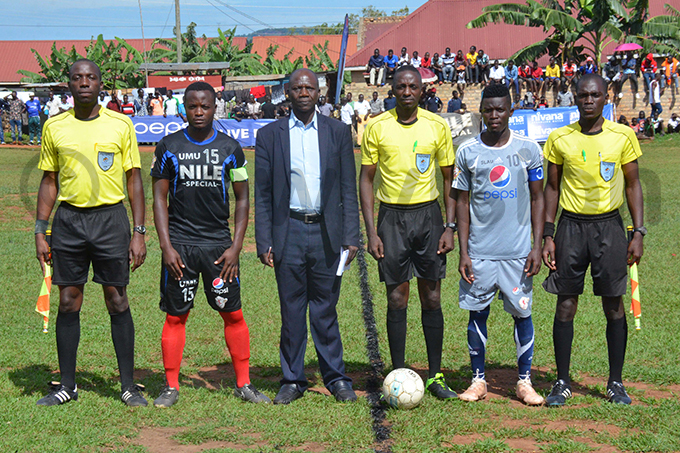 Kiweewa (3rd right) after the toss before last week's match.

The game ended in a 1-1 draw and 2-2 on aggregate where St Lawrence eliminated UMU 3-2 on penalties to storm the final.

"Tell the manager to finalise everything today. There is no Ugandan player currently who is not worried when I'm on the field of play," Kiweewa can be heard telling Mugerwa. 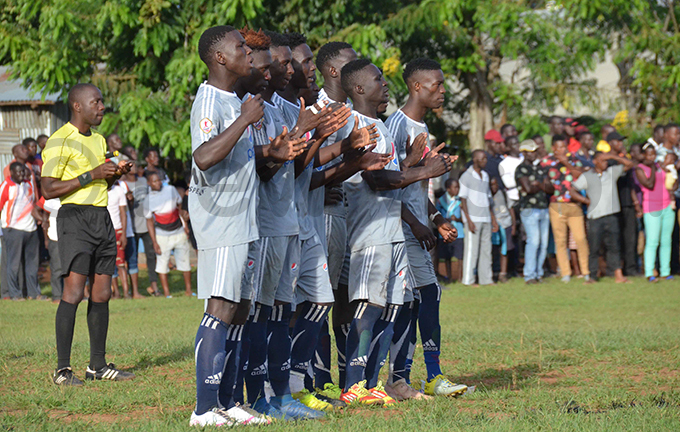 Kiweewa looks on during the spot kicks that decided the winner.

Despite issuing the suspension, the committee also forwarded the matter to FUFA's ethics investigatory chamber for further investigations.

Kiweewa faces a ban if the chamber finds him guilty. 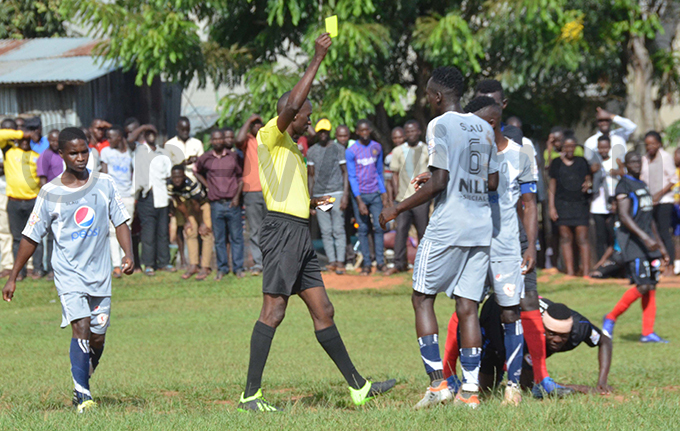 Kiweewa dishes out a yellow card to a St Lawrence player during the match.