Asuman Ndyabahika, a Primary Six pupil, died on the way to hospital after lightning struck his classroom during the afternoon heavy downpour.

Asuman Ndyabahika, a Primary Six pupil, died on the way to hospital after lightning struck his classroom during the afternoon heavy downpour.

Medics attend to one of the injured pupils at Uganda Martyrs Hospital. Photo by Lawrence Mucunguzi

One pupil has died and six others were injured after lightning struck a classroom block at Muziza Central Primary School in Karangara Ward, Bisheshe Division in Ibanda Municipality, Ibanda district.

Asuman Ndyabahika, a Primary Six pupil, died on the way to hospital after the thunder struck his classroom during the afternoon heavy downpour, said Eliasto Akatuheebwa, the resident district commissioner (RDC) for Ibanda, at Ishongororo Health Centre IV. Six others were rushed to Uganda Martyrs Hospital, Kagongo with various degrees of injuries, including one P7 pupil who got paralysed on one side, he added.

"We took 51 pupils and the P6 teacher to Ishongororo Health Centre IV for shock treatment and observation. We are hopeful they will be discharged in a few hours," he said.

The RDC explained that the pupils had just returned to class for afternoon lessons when the thunder struck the two adjacent classrooms, for P6 and P7, thereafter. There were a total of 58 pupils in the two classrooms, 29 learners each.

He said the affected classrooms are in some old building that has no lightning conductors, one of the reasons he said the lightning was fatal. 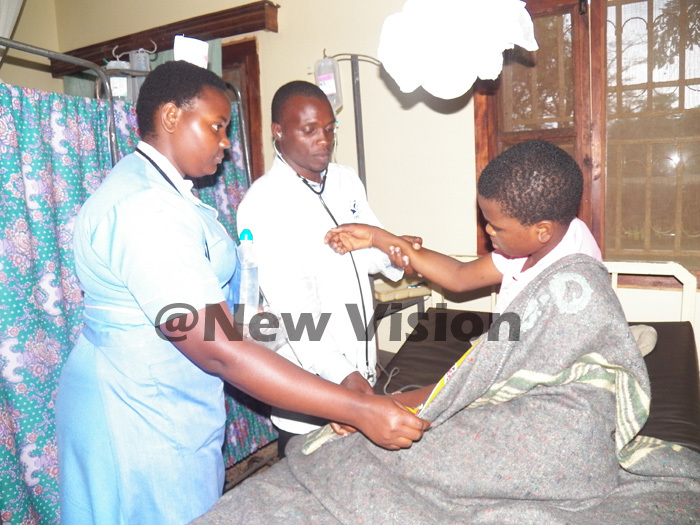 The RDC said the building also has bare iron bars lining its old walls and there are neither windows nor doors, creating conducive "charged" conditions for a fatal lightning strike.

"This is one of the isolated cases… There has not been any such incident in Ibanda for many years now," he added.

Begumanya, one of the first parents to arrive at the scene said when he arrived pupils were wailing and others in shock.

"So, I called the RDC and other concerned people to come to their rescue," said Begumya,

Justin Mwesigye, a parent, said his child's clothes were burnt by the lightning which also scorched parts of his skin.

Johnson Kanyomozi, the Bisheshe Division chairman, said the building remained intact with no damage on its walls or roof. He said while all the other buildings have lightning conductors, this particular one doesn't have.

Advice
"The challenges I found is that kids don't wear shoes, the building was not closed and it has bare iron bars lining its walls. These contributed greatly to the high rate of serious injury rate and one fatality," he said.

"So, I urged parents to buy shoes for their children; school heads and management committees should ensure that all buildings have lightning conductors." He added that all classrooms should be closed during rains, to guard against future incidents.