'Kenzo's daughter should not have attended...
Next Story

Women activists have called for a reduction in nomination fees for candidates if Uganda is to see a growth in participation in the electoral process.

The call was made during the launch of the Electoral Commission's Gender strategy on Tuesday this week.

With this strategy, spearheaded by the UN Entity for Gender Equality and Empowerment of women, the Electoral Commission (EC) aims to, among other things, intensify public awareness of the opportunities for women's participation in politics under the Ugandan law.

During the launch, Mustapha Ssebagala Kigozi, a Commissioner of the EC, called for a hike in nomination fees for both presidential and parliamentary candidates, saying the move will be critical in ensuring the elected leaders serve the people and not just take up posts to make money. 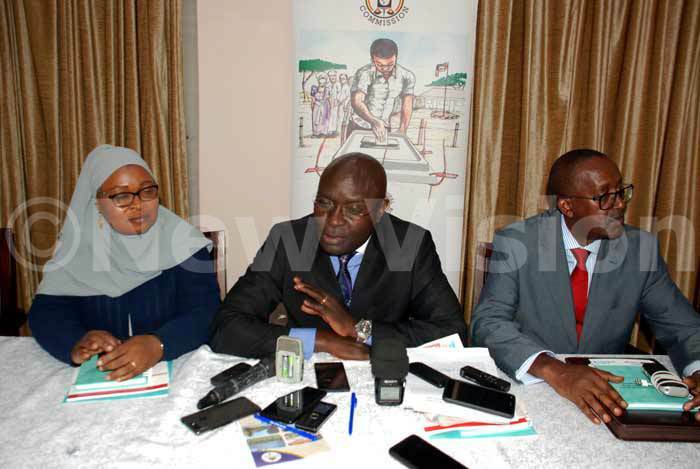 He was responding to concerns raised by the activists over the high fees levied for one to be nominated for a political office.

"If somebody wants to contest as President and can't raise sh20m really, would you be worth leading the country? I think we could even raise from sh20m to sh100m for presidential candidates and to sh10m for MPs up from sh3m in my opinion," he said.

Kigozi's suggestion was immediately rebuffed by the activists, who said the high fees lock out competent women from the electoral process and key decision making positions.

Charity Ahimbisibwe, the Citizens' Coalition for Electoral Democracy in Uganda (CCEDU)'s head of communication and advocacy, argued that one of the factors that affected women's participation in the 2016 elections was an increase of the nomination fees from sh1m to sh3m

"UBOS statistics since 2011 show that women have less financial muscle than men. So, in terms of empowerment, what are you saying by increasing nomination fees? Hiking the fees actually disempowers them counter to the gender strategy that has been launched," she stressed.

Jacqueline Asiimwe Mwesige, a human rights lawyer and CEO of CivSource Africa, agrees with Ahimbisibwe, stressing that in the run-up to the 2016 elections, many women and youth actually resorted to fundraising just to afford the nomination fees. 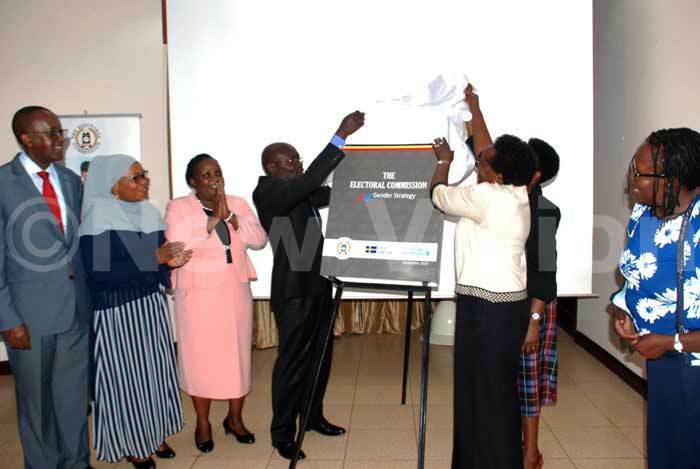 Asiimwe also wondered in what spirit such a suggestion has been mooted, especially considering the fact that we want to encourage as many youth and women to vie for political office and considering their average income.

"This feels like a move to lock out women and youth who are not financially empowered. If political space is supposed to be inclusive, this move is suspicious," she said.

Former EALA MP and executive Director Eastern African Sub-Regional Support Initiative for the Advancement of Women (EASSI) Sheila Kawamara Mishambi, who attended the strategy launch said the EC still has alot to do internally in terms of engendering there staff before they take the message out to the electorate.

"Such a suggestion coming from a commissioner is a sign that the EC is still gender insensitive. The commission needs to be more committed and do a lot of work to centralise the strategy they have come up with," she said.

Kawamara called for internal training of EC staff in gender analysis to appreciate the strategy that has been launched, adding that the idea is to move from simply involving women in the electoral process to having them participate equitably.

Asiimwe further explained that the EC might defend their intention but the high nomination fees end up creating an exclusive political club where only the rich are able to vie for office. 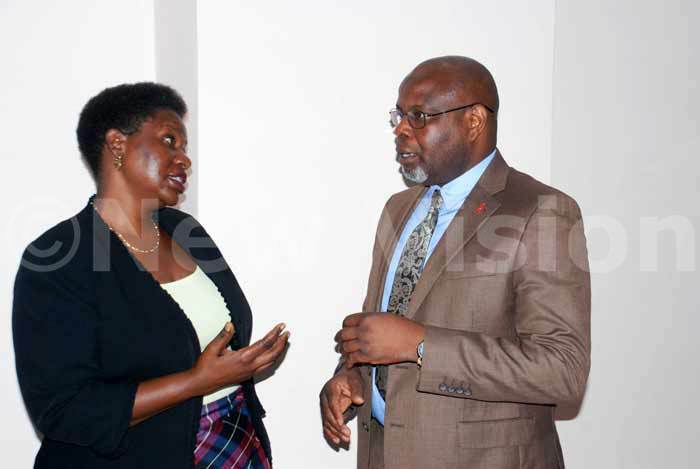 "People will no longer be nominated based on their ideas, but their wealth. And if the Constitution opens political office to anybody, what are we doing when we exclude people by virtue of the kinds of money we set," she concluded.

EC Chairperson Justice Byabakama Mugenyi Simon insisted Kigozi was expressing his personal opinion and not speaking on behalf of the commission. "As EC, our stand on nomination fees is guided by Parliament. If Parliament decides to lower or increase the fees, we shall implement," he said.

This discussion comes at a time when the Legal and Parliamentary Affairs Committee is scrutinising the five electoral bills that were tabled by the Government.

The roles of the Uganda Road fund

NEWS PODCAST in the PM - Oct 21 UPDF pledges support to...

The roles of the Uganda Road fund