October 17 (Thursday) marks exactly 31 years since a Uganda Airlines plane crashed while attempting to land at Rome-Fiumicino Airport in Italy. We look back at what really happened.

October 17 (Thursday) marks exactly 31 years since a Uganda Airlines plane crashed while attempting to land at Rome-Fiumicino Airport in Italy. We look back at what really happened.

LOOKING BACK - 31 YEARS AGO

Thursday, October 17 marks exactly 31 years since a  Uganda Airlines plane crashed while attempting to land at Rome-Fiumicino Airport in Italy. Thirty-three of the 52 occupants on board were killed. As we look back on this dark day in Uganda's aviation industry, we explore what happened that fateful day of October 17, 1988.


"There was an extremely violent shock and then suddenly, there were flames. I felt something burning and I tried to protect myself with my hands. My seat was upside down. But I was able to unfasten my belt and open the security exit," Prince John Barigye of Ankole told the media from his hospital bed in Italy in October 1988.

Barigye, then Uganda's envoy to the Vatican, was one of the survivors of the ill-fated Uganda Airlines that crash-landed at Rome's Fiumicino Airport, killing 33 of the 52 people aboard.

Barigye died in 2011 of natural causes. 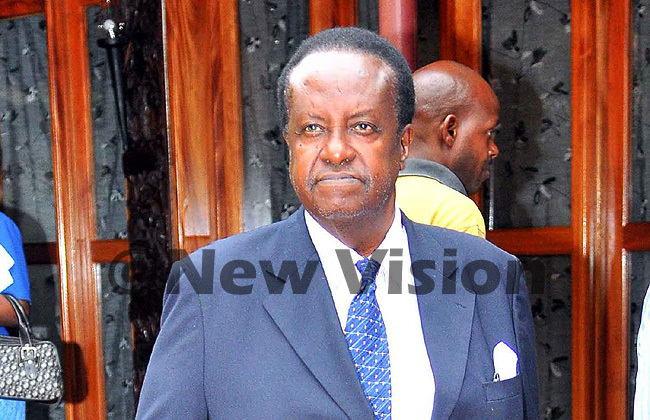 Few accidents that happen far away from Uganda's borders impact Ugandan families the way the Rome crash did. The Boeing 707- 338C, registration 5X-UBC crashed while attempting to land in foggy weather on the morning of October 17, 1988.

Twenty-eight of the dead were Ugandans, including the pilot, Capt. Steven Walusimbi and his entire crew of seven. The aircraft took off from London's Gatwick Airport a few minutes to midnight on a chilly Sunday for Entebbe, with a routine refuelling stopover at Fiumicino Airport.

Justine Rutabyama, one of the survivors and a frequent flier on the London-Entebbe route, remembers that besides refueling, the stop in Rome would serve the purpose of picking more passengers.

The flight between London and Rome is approximately one hour.

According to Aviation Safety Network (ASN), a private initiative with interest in aviation safety, on its approach to Rome, Flight 775 was given permission by air traffic controllers for descent to 4,000ft in preparation for an approach to runway 16L.

It was a few minutes past 1:00am on Monday, and the airport was shrouded in a thick blanket of fog.

Due to extremely poor visibility, a missed approach was carried out and the aircraft was authorised to gain altitude in preparation for a second attempt on another runway. It was, however, also abandoned due to poor visibility.

A third attempted landing was authorised on yet another runway and Walusimbi started to descend although the visual marks on the runway had not been located.

In the immediate aftermath of the crash as aviation experts tried to piece together what could have gone wrong, air traffic controllers at Fiumicino Airport were faulted for allowing Walusimbi to attempt a third landing under incredibly poor visibility.

The right procedure, which was even attested to by Italian pilots, would have been to divert Flight 775 to the next nearest airport. 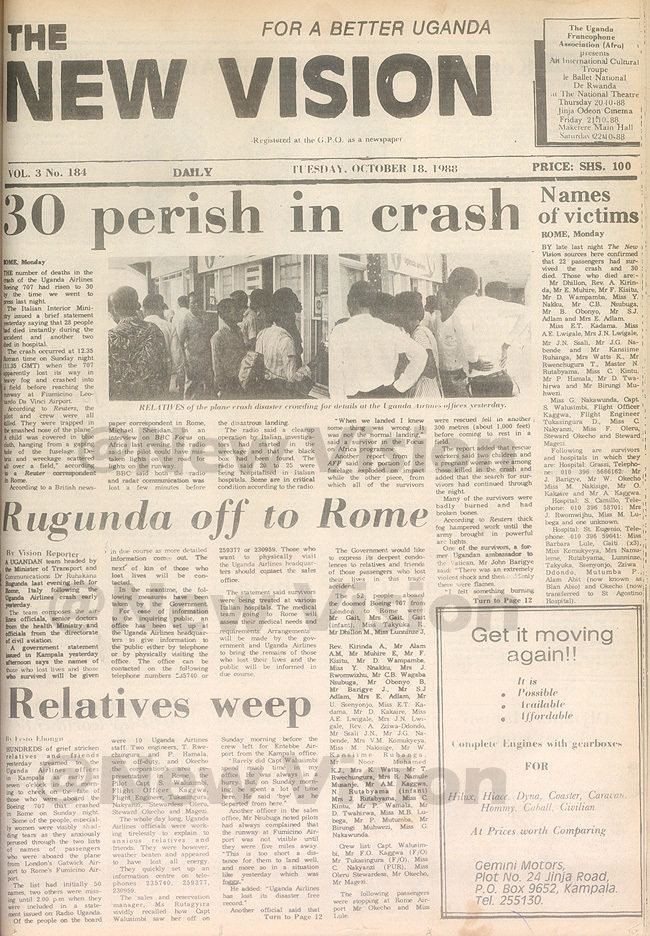 The accident report indicates that due to failure by the flight crew to use the indispensable altitude callouts, the Ground Proximity Warning System (GPWS) sounded unexpectedly. GPWS, or terrain awareness system, is a device in planes used to alert pilots if their aircrafts are in immediate danger of flying into the ground or hitting an obstacle.

It is possible that when the GPWS went off unexpectedly, a panicky crew decided to abort the third landing and frantically worked out how best to quickly gain altitude once again.

The aircraft hit the roof of a house 1,300m short of the runway and 100m right of the extended centerline. It continued and hit another building 85m further on. The Boeing skidded along a major highway near the airport, broke up and burst into flames.

Besides the ASN report, other witnesses said the plane appeared to approach the runway too low, cutting through the rooftops of several houses with its landing gear and one wing.

On the ground, aviation fuel and burning debris set alight over 100 vehicles. As the plane broke up, one wing broke off and cut through the house of a one Domenico Dolente, a carpenter.

Dolente and his family of five scampered out of the blazing house with minor facial injuries. One of the people who saw the doomed flight go down was Angelo Scopa, an Italian police officer on duty that chilly and foggy Monday morning. Scopa was in a patrol car near the airport when Flight 775 went down.

He was quoted by Reuters as saying: "I heard engines of a plane and saw lights close to the ground. The plane flew right overhead. Then there was this deafening explosion and blinding flames."

Trapped inside the smashed nose of the plane, Walusimbi and his crew died instantly. The piece of the wreckage that exploded on impact is where the bodies of most victims were recovered, while a piece where the 19 survivors were rescued fell over 300m away from the main debris field.

Among the most harrowing scenes at the main debris field was a child swaddled in blue clothing, almost charred, but fastened in his upside down seat. In total, the wreckage field was 25km. That is the equivalent of a distance between Kampala and Namawojjolo, beyond Mukono.

While recovering from her injuries in a hospital in Rome, one of the 19 survivors, Monicah Nakisige, shared with the press her recollections of the last moments of the doomed flight and what exactly happened on board.

"There was no warning. The pilot told us to fasten our belts as normal, about 10 minutes before landing," she said.

Nakisige said the plane turned on its side as it crashed and she was left hanging in her seat. "The seat belt hurt me and I could not get out. And then fire started, but someone helped me and I managed to break free." 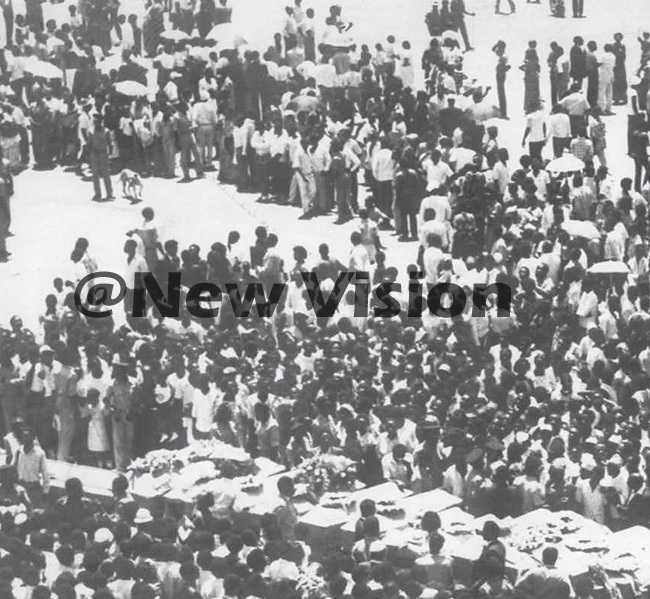 In the immediate aftermath of the crash, the Italy's civil aviation authority pushed back against claims by Italy's interior minister attributing the accident to a possible misunderstanding between the air traffic controllers at the airport and the Ugandan crew.

In line with normal procedure after an aviation accident, a joint technical team composed of Ugandans and Italians was set up to investigate the cause of the accident.

The main cause of the crash, according to the report, was largely pilot error. The team of experts averred that the Ugandan crew lacked adequate preparation in the procedure for a non-procedure approach on runway 34L at Fiumicino Airport.

The report cites skewed crew co-ordination, altitude callouts and their continued descent beyond the Minimum Descent Altitude (MDA) or Minimum Descent Height. MDA is a specified altitude or height in a Non- Precision Approach or Circling Approach below which descent must not be made without the required visual reference.

The ASN crash report also attributed the accident to presumed mental and physical fatigue, accumulated by the crew during the two previous aborted landing approaches. The two aborted landings carried out in very unfavourable conditions might have taken a toll on the crew, leaving those in charge of the aircraft mentally fatigued. The report also points a finger at the aircraft which was perhaps not in good condition.

Manufactured in 1968, the aircraft had by 1988 been in operation for 20 years and accumulated 57,776 flight hours. Two years before the crash, the plane had been flown to the US for an overhaul over noise-related complaints - an exercise that reportedly cost $3m.

The report notes that the aircraft's altitude instruments, although sufficient to handle the approaches to the airport, consisted of a single altimeter with the acoustic warning of the MDA defective.

The report also notes that the attention of the crew was excessively concentrated on the luminous sources along runway 34L, instead of the instrument readings in the cockpit. It is for this reason that some experts attributed the crash to the crew, labouring under poor visibility, mistaking the lights in the nearby streets for runway 34L.

However, part of the board of inquiry into the accident and Uganda's Civil Aviation, disagreed with the majority on what caused the crash. 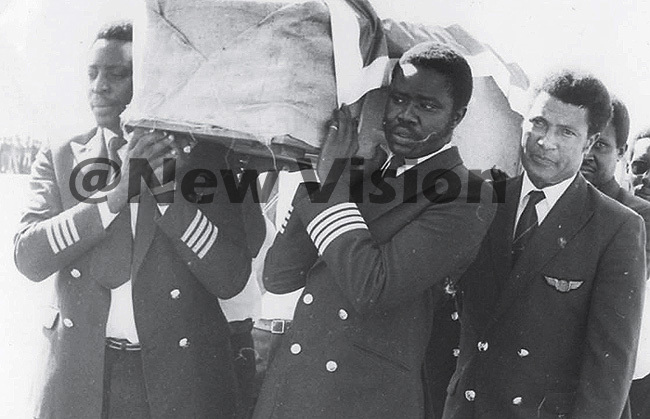 A day after the accident, then minister of transport and communication, Dr. Ruhakana Rugunda led a delegation comprising doctors and Uganda Airline's top brass to Rome to explore ways of helping survivors and repatriating remains of the dead.

And six weeks after the accident, an emotional ceremony played out at Entebbe Airport as the remains of 28 Ugandans were flown in aboard the sole remaining Uganda Airlines plane.

On Sunday, October 23, 1988, Uganda Airlines Boeing 707 touched down at 8:45am. Thousands of people, including the then Prime Minister, Dr. Samson Kisekka, were on hand to receive the remains of the 28 Ugandans and Rutabyama.

President Yoweri Museveni arrived at 11:00am to officially hand over the remains of the victims to bereaved families. Placed on the airport tarmac in rows of four, the coffins of the 26 adults and two children - all draped in the national flag, had the names of the victims embossed on them.

Before Museveni's arrival, thousands of people reverently walked around the rows of coffins - reading the name written on each. Walusimbi's coffin was marked ‘No. 4' with his year of birth - 1945.  Walusimbi's iconic status, which he had gained over years of service as a senior pilot of the national carrier, meant that people crowded around his coffin.

One of the most touching moments was when Rutabyama, the only survivor to come back home on the flight that returned the remains of the victims, was sandwiched by three of her little daughters on the steps of the plane.

Among the two coffins containing the remains of children was one for Rutabyama's only son, Noble.

Handing over the remains to the families, Museveni said the government would do everything humanely possible to help families of the victims. "It's not enough to fly the flag at half-mast. These families will remain in a crisis," Museveni said, lamenting that years of insurgency meant that for many people there were no social safety nets outside their principal bread earners. President Museveni lays a wreath on a victim's coffin


Who was on the plane?