🔊 PODCAST: Around Uganda - October 14
Next Story

JUBA, SOUTH SUDAN: President Yoweri Museveni has strongly urged political leaders in Africa to work for peace and prosperity of their people and stop wasting time on retrogressive sectarian issues like the identity of tribe or region.

The President who started his remarks using Arabic words Tatawir (Prosperity), Hawiya (identity) and Masilaha (Unity) said it was absolute rubbish to waste even one afternoon to talk about identity. 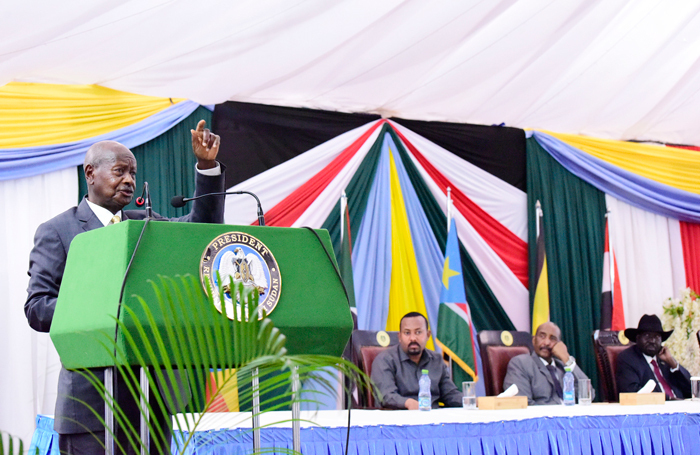 "When faced with tatawir and emphasize hawiya what happens? What are you going to do? It is absolute rubbish to waste even one afternoon to talk about hawiya. I tell you to go to hell. These mistakes that have been going on because of this rubbish hawiya of tribe, religion etc and we have killed each other. When you want to bring prosperity to the people yet you front identity then what are you going to do?" President Museveni said. 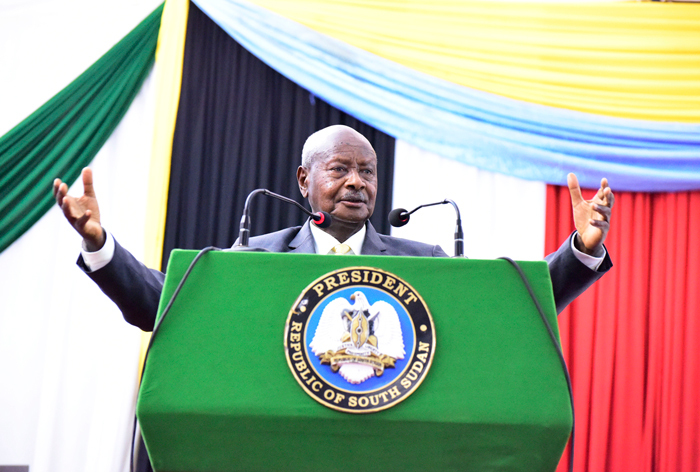 The two-months peace talks convened by the President of South Sudan Salva Kiir Mayardit are aimed at bringing together the leaders of the Transitional Council of the government of Sudan represented at the meeting by General Abdel Fatah Burhan and the over 9 opposition parties in that country that are attending the talks. 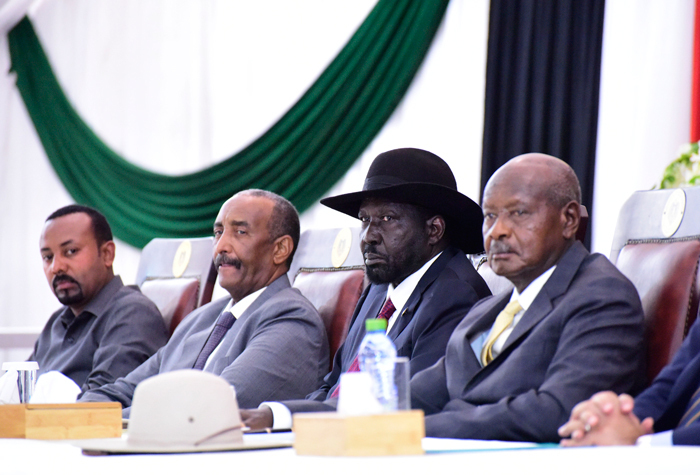 President Museveni using Arabic words to drive his point home told the huge gathering at the Freedom Hall that most leaders in Africa including Uganda had failed to answer the question of where the prosperity of the people comes from until one author Adam Smith spelt out in his book that wealth comes from the people.

President Museveni likened managing society to a doctor who must correctly diagnose an ailment of a patient and prescribes the correct medicine.

"Political leaders, you are like doctors. Identify the problems of society and give a correct diagnosis. If you think that it is Identity then you get lost. These mistakes of misdiagnosis have gone on for too, they must be ended. Leaders if you really want to help your countries, you must stop wasting time," he stressed. 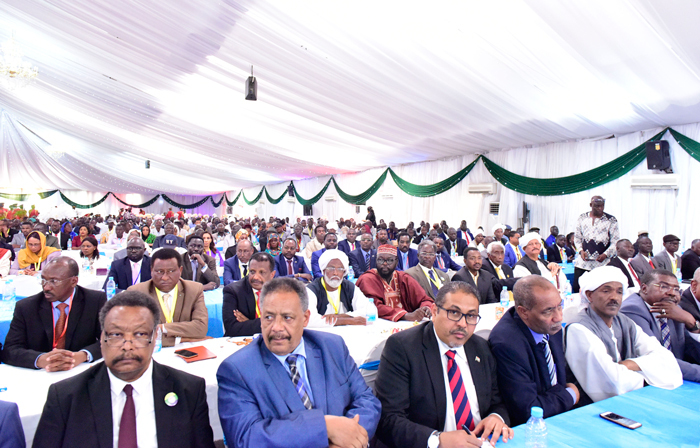 The Prime Minister of Ethiopia who is also the current chairperson of Inter-Governmental Authority for Development Dr. Abiy Ahmed highly commended the regional leaders for manifesting their commitment to collective peace and prosperity by attending the launch of the Sudan Peace Talks despite the short notice of the invitation.

He thanked President Salva Kiir for bringing all stakeholders together by hosting the peace talks.

"The meeting shows the commitment by all parties to see a peaceful country and I hope that the talks will pave way for an agreement to merge all parties to make durable peace in Sudan," he said.

He however stressed that it was time for the countries in the region to focus on building robust economies. 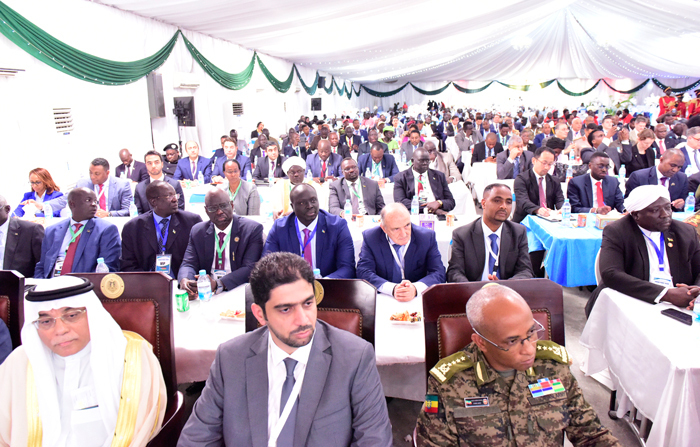 The host President Salva Kiir thanked his guests for grazing the launching ceremony. He also commended the Prime Minister of Ethiopia Dr. Abiy Ahmed for having scooped the Nobel Peace price describing the achievement as that of Africa.

"You made us proud of the achievement," he said.

He, however, urged all parties at the talks to take advantage of the dialogue and come up with concrete resolutions that will ensure everlasting peace in Sudan.

The Leaders of the transitional Council of Sudan General Fatah Buhran commended regional leaders for attending the opening ceremony and also thanked the opposition leaders for being present. General Burhan who congratulated the Prime Minister of Ethiopia for scooping the Nobel Peace Prize, thanked Dr. Abiy Ahmed for bringing together different parties to the round table for peacebuilding in Sudan. 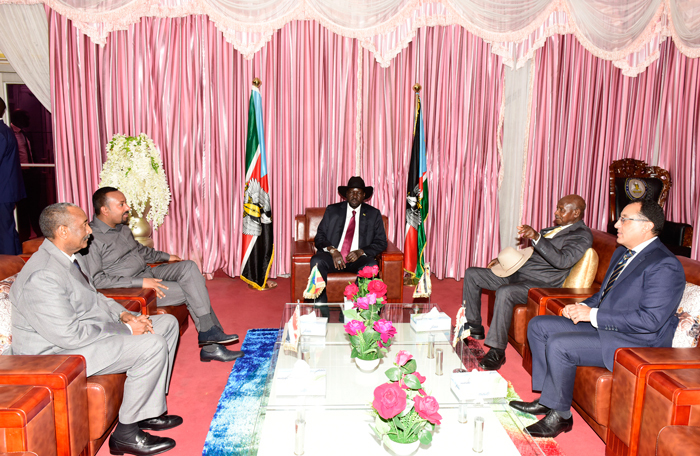 Others at the airport to bid farewell to President Museveni included the Minister of Defense of South Sudan Manyang Juuk, that of Energy Dr. Dhieu Mathok Diing and the Information Minister Micheal Makuei.

The Special Presidential Advisor on Defence Affairs Major General Proscivia Nalweyiso and officials from the Uganda Embassy in South Sudan were also present.

Pressure builds ahead of deadline for Syria ceasefire