Uganda's famous musicians over the years

In the 1960s, and in the 1970s, Bongole was famous for his hits such as Christmas Album, produced in 1986 with songs like Tumusiinze, Gloria, Merry Christmas, Oh Happy New Year, Azzaalidwa, and Zukuka and many more songs

In the 1960s, and in the 1970s, Bongole was famous for his hits such as Christmas Album, produced in 1986 with songs like Tumusiinze, Gloria, Merry Christmas, Oh Happy New Year, Azzaalidwa, and Zukuka and many more songs 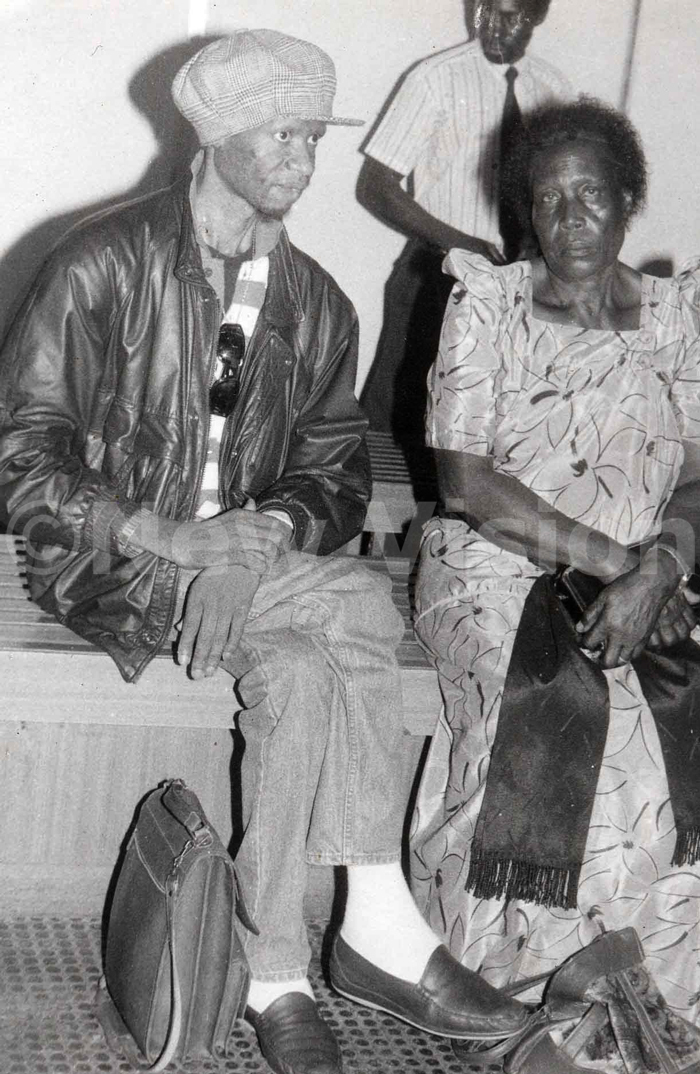 He was the first prominent Ugandan to give a human face to HIV/AIDS before dying of AIDS,

He released his last album Alone and Frightened, including his famous song "Alone", influenced by Swedish duo Roxette's hit song It Must Have Been Love, as well as touring churches and schools throughout Uganda to spread a message of prevention and hope. 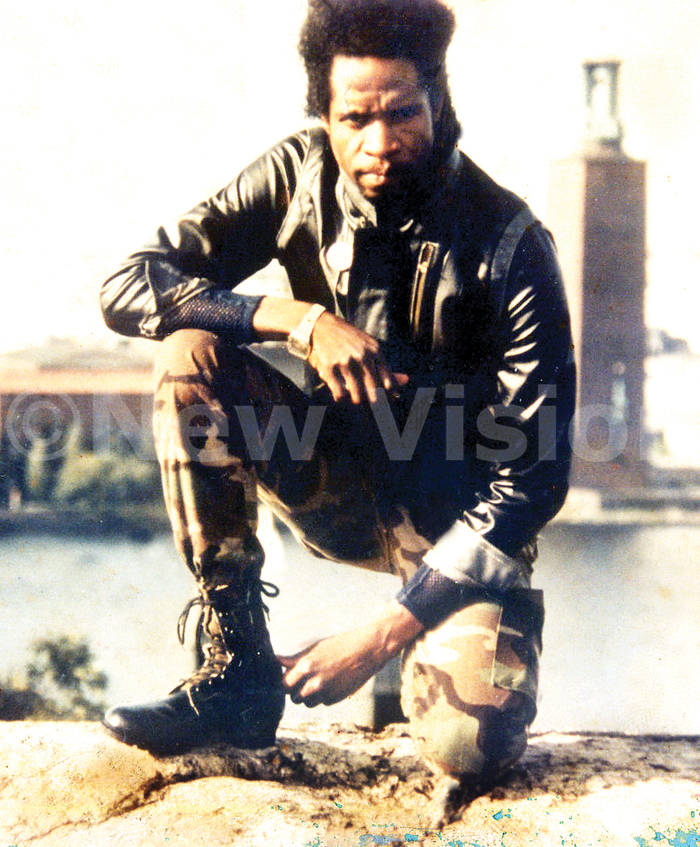 In the 1960s, and in the 1970s, Bongole was famous for his hits such as Christmas Album, produced in 1986 with songs like Tumusiinze, Gloria, Merry Christmas, Oh Happy New Year, Azzaalidwa, and Zukuka and many more songs. 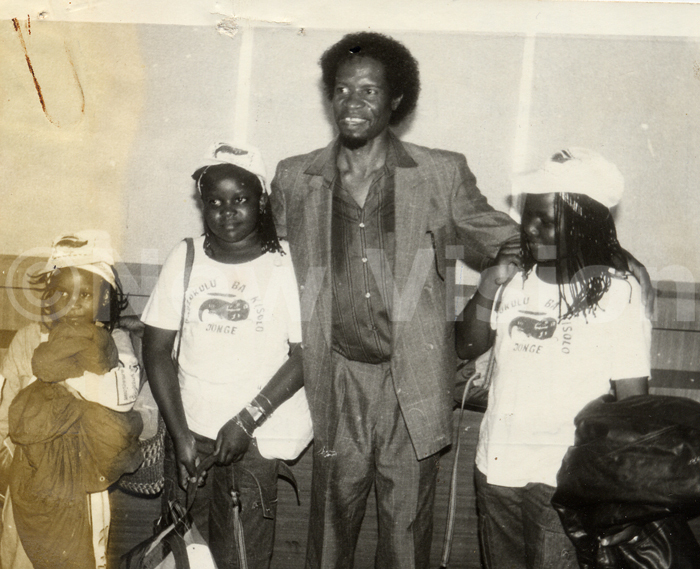 In Uganda, 17 October is the Philly Bongoley Lutaaya Day.

Jimmy Katumba
He was a Ugandan popular music singer.

He was born in 1955 and died on August 13, 2006, Mengo. Katumba was born to Reverend Blasio Katumba and Alice Nakyagaba. His music career started in the numerous church choirs to which he belonged. 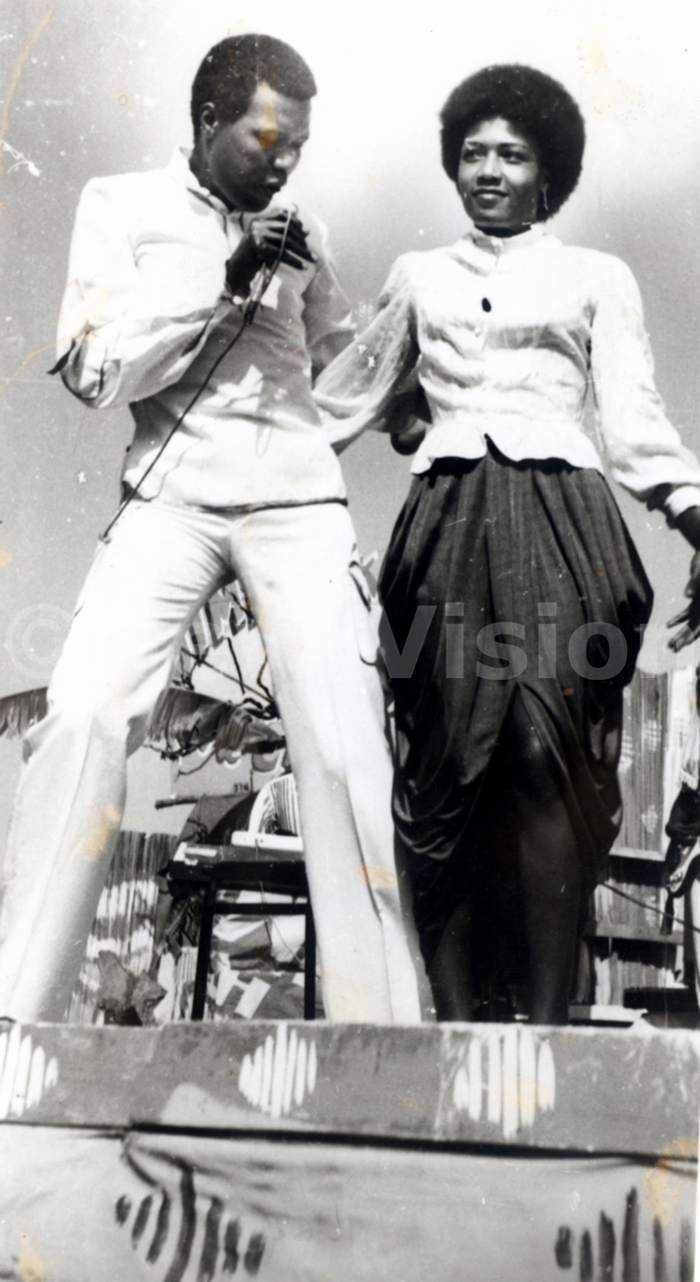 He went to eight schools among which; Makerere College School and Lubiri Secondary School. He started out as a singer of gospel music in his early years, he rose to fame as the country's premier pop star from the late-1970s to the 1990s. 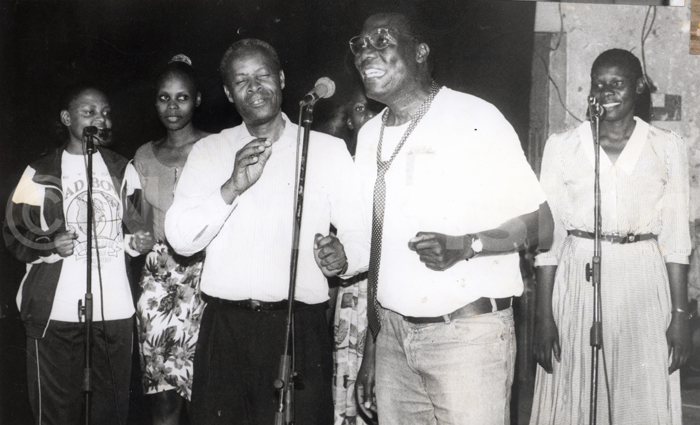 Jimmy Katumba helped shape popular music in Uganda and has earned a place among the country's leading music artists. His band was called the Ebonies and some of his songs were "Twalina Omukwano," "Drums of Africa" and "Fa Kukyolina. 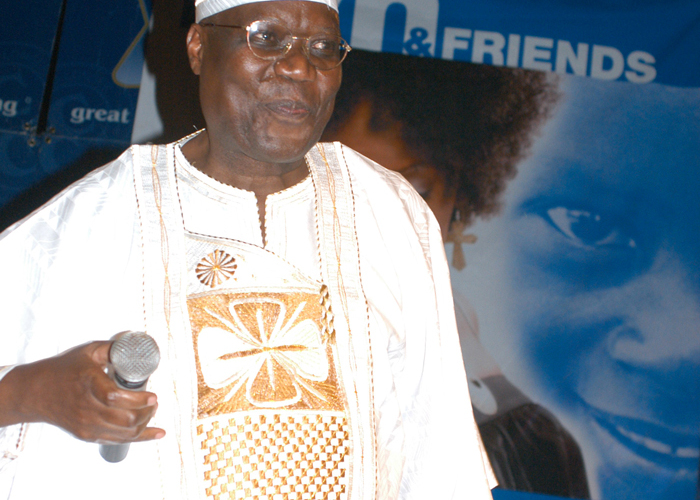 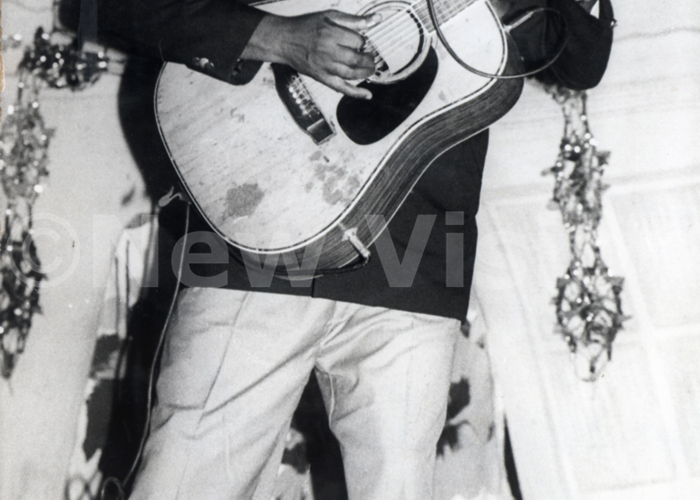 Christopher Ssebadduka
He was born in 1929, he died of tuberculosis at his home in Masaka. He is hailed as the best Ugandan folk singer ever. His colleagues used to call him Jjaja w'abaana meaning grandfather of singers. 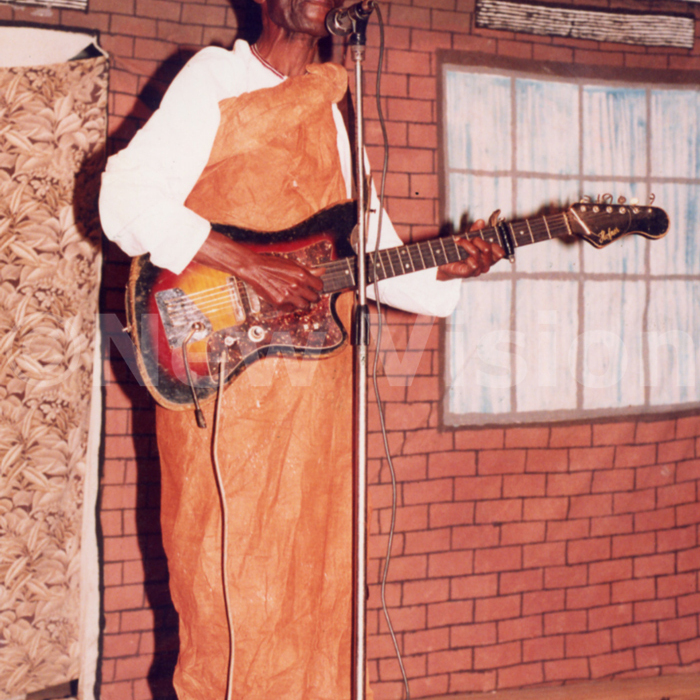 He started kadongokamu (solo guitar) Cultural Society in the 1960s where he recruited and trained musicians. He was one of the few musicians to perform on Independence Day at Kololo airstrip. His songs were Nantondo, Kodikodi, Tereza ow'ebbina eddene, and others.

Fred Masagazi
He was born in 1937 and died on March 2009 he was a Ugandan "Afrojazz' musician. 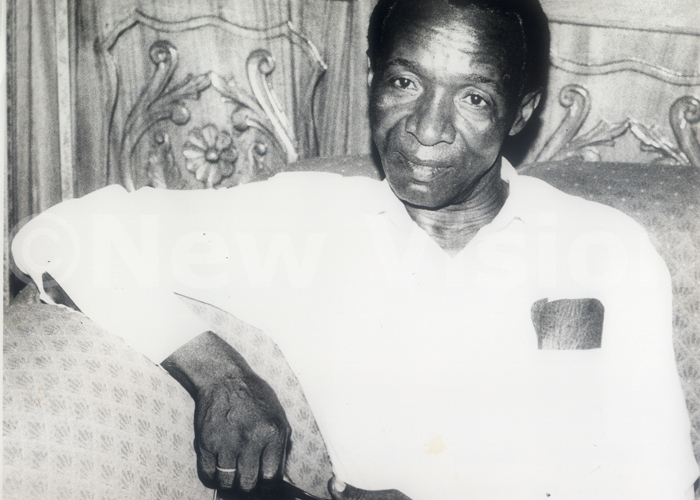 By that time he was the first Ugandan artist to have his song played on BBC called ‘Kolazizo' In 1963.

Masagazi started his music career in 1955 as a singer in a Congolese band, "Tinapa", where he sang both Congolese and Luganda. 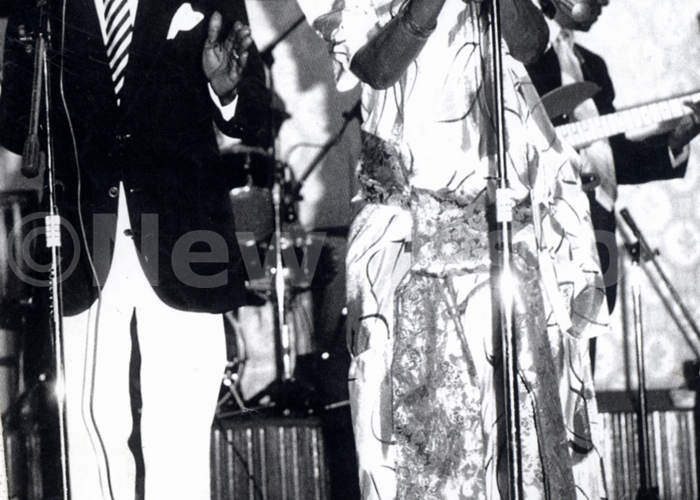 He released a song before independence called ‘Atanawa musolo'. He was among the few Kadongo Kamu musicians who could play guitar, sing and dramatise his music on stage. He founded his band called ‘UK Jazz Band. 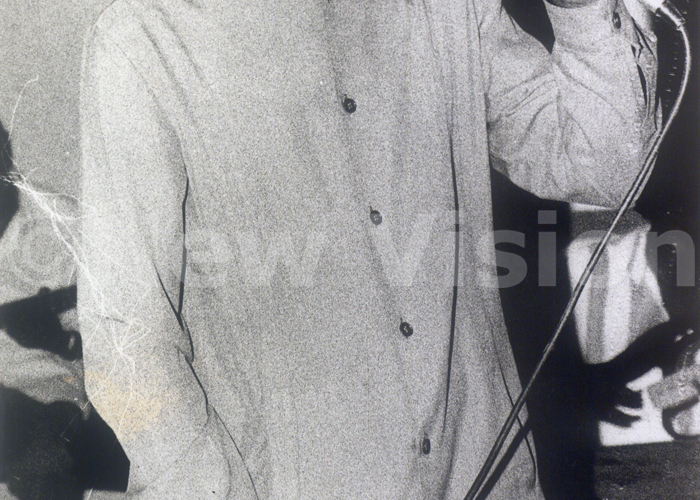 Carol Nakimera
She died of liver complications in September 2003, at her mother's home in Luweero and was buried at Kisasi . Nakimera's interest in music can be traced to her early childhood in Kenya, where she grew up and studied. 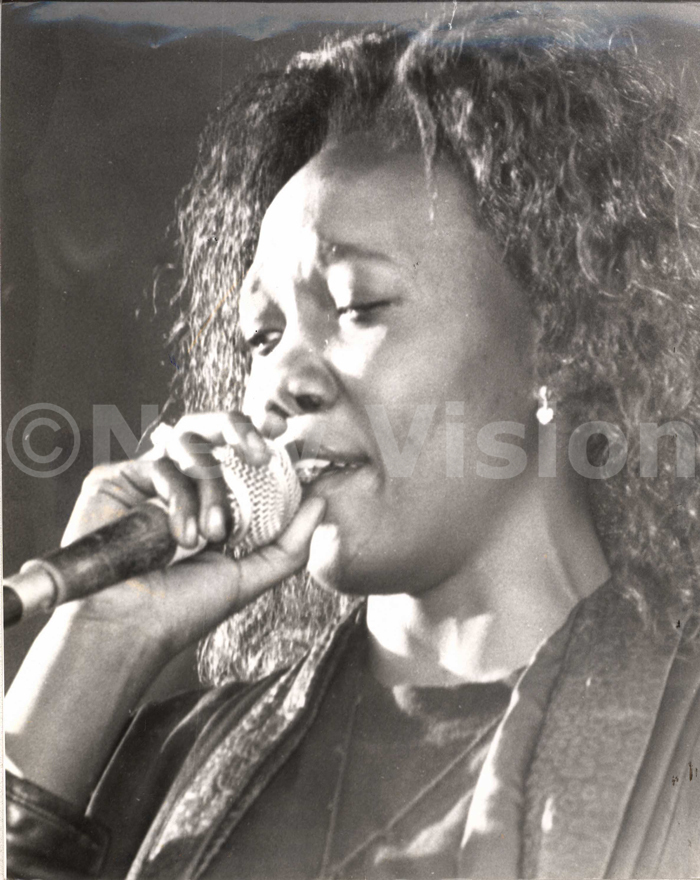 She used to feature in her school's mass choir at an early age.  At the time of her death, Nakimera had managed to rear over 800 chickens at her home in Wakaliga.

Nakimera was the voice on the popular 1992 hit Oli Musajja Ki (popularly known as Nengibobeza) by Umaru Katumba and the Emmitoes.  And the famous ‘Omusajja' song back in 1985. 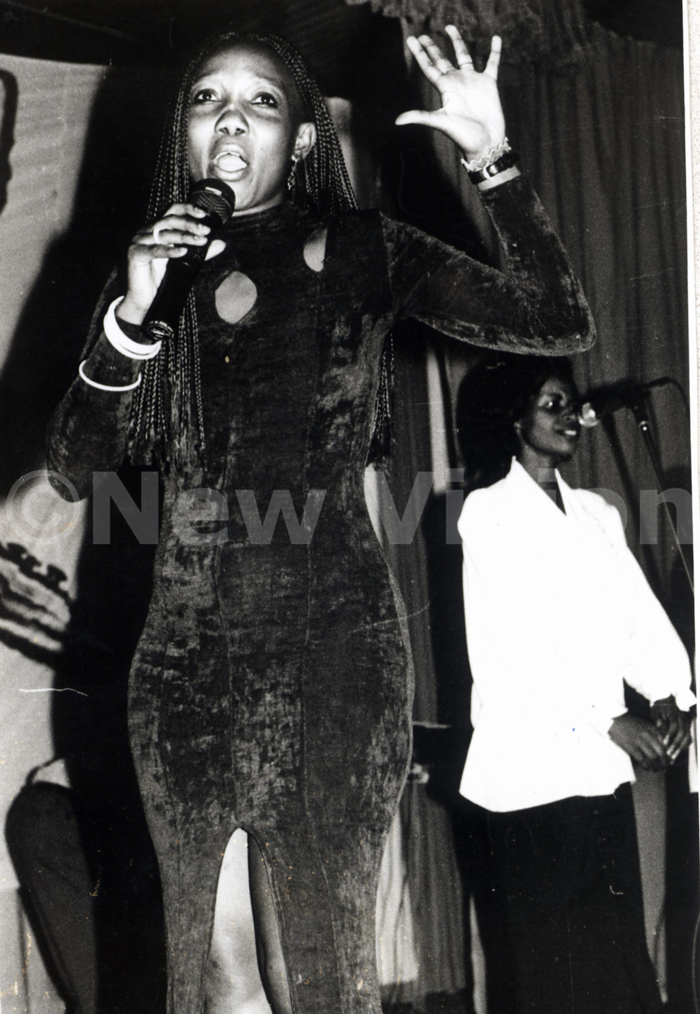 Martin Munyenga, the band leader, Super Rockets band back in 1983 also picked on Carol to join his band; it was there that she met longtime friends Sarah Birungi, Meddie Mbaziira and Fred Maiso. 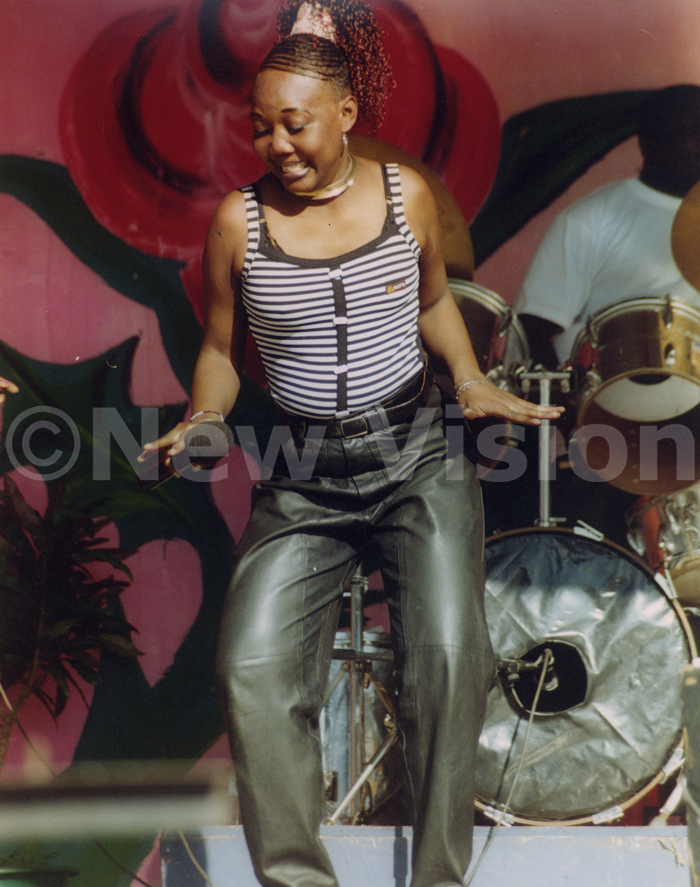 She later quit the Super Rockets band and joined the Jambo Stars in 1987. She didn't stay there long and became solo in 1989.

Matiya Luyima
He was born in 1956 in a humble family. His parents Erusaniya Mukiibi and Keziya Nakiwala of Nakaziba, Kikandwa, Mityana district, were peasants and had no money to help him further his education. So, after a brief stint at Kololo SS, his next move was to do odd jobs in the city in the late 1960s.

Luyima is best known for the 2003 extended video of his most famous hit Amaka ga Seppiriya, which is a serialization of ten songs into one. His 1969 meeting with Christopher Ssebadduka, the top Kadongokamu singer at the time, opened his eyes to music.

In 1973, Luyima emerged the top Kadongokamu music prospect after beating off competition from the likes of Joseph Kiwana and Ben Seggujja as well as veterans Sulaimani Mayanja and Willy Majwala during the annual Radio Uganda musical festival.

Herman Basudde
He was a Ugandan kadongo kamu musician. He was was born in Masaka District, in southern Uganda. He was born on December 5, 1958, and died in 1997. He is a son to Dimitiria Namyalo and Elia Katende. Some of his songs he was very famous in ‎1970 — 1997. 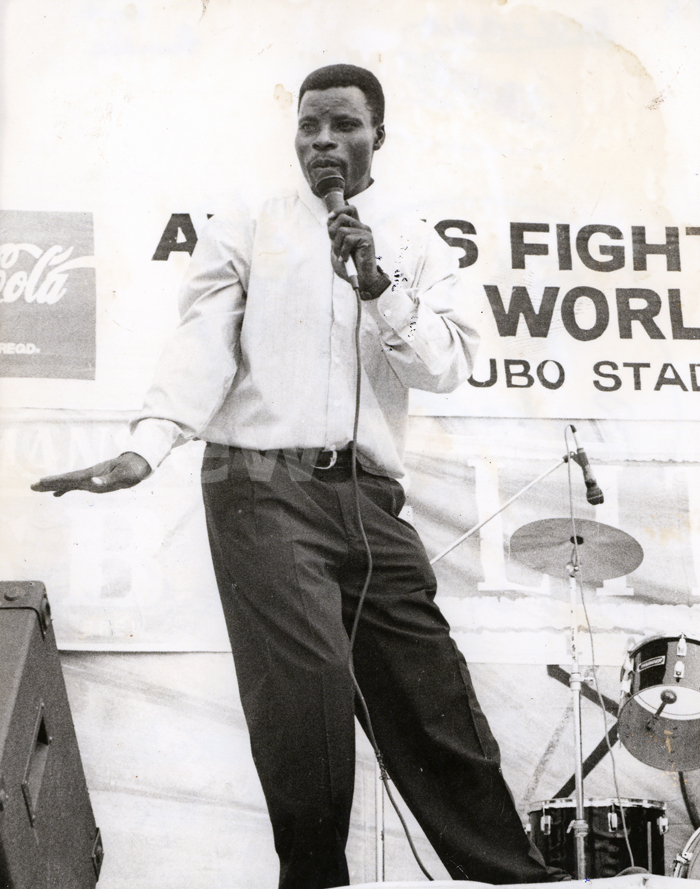