Home
NEWS
Media
Supplements
Tenders
Notices
Don’t focus on information that is provided by sources; as journalists you need to go deep and investigate about the story

"Don’t focus on information that is provided by sources; as journalists you need to go deep and investigate about the story"

Barbra Among during media workshop panel discussion at Golden Tulip Hotel in Kampala on October 10, 2019. Photos by Sylvia Katushabe

KAMPALA: Journalists have called upon media practitioners to embrace investigative journalism as the future of the profession.

Barbara Among, a journalist trainer, described investigative journalism as key in unveiling information that are unknown by the public hence getting verifiable information.

"Don't focus on information that is provided by sources; as journalists, you need to go deep and investigate about the story," Among advised.

Among was speaking during the two-day workshop organised by Media Focus on Africa, under the theme, Shaping the future of Journalism in Uganda, on Thursday at Golden Tulip Hotel in Kampala under the theme, ‘

He noted that the fear by journalists to embrace Investigative journalism is attributed to the various challenges of insecurity, financial constraints, ethical dilemma and lack of training.

With the insecurity of journalists being top-notch on the challenges they face while executing there duties, the panelists shared tips on how to focus on personal safety and solutions to the other challenges.

Among tipped the journalists to build networks both outside and in-house with whom they can trust extensively. 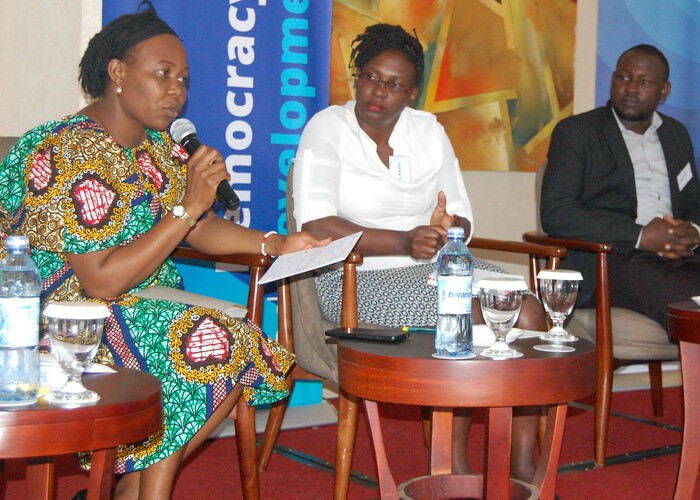 "Build a network of people in the newsroom you trust who know where you are going. Safety starts with you. Have a social network outside the newsroom within and outside your profession," explained Among.

Franklin Draku implored journalists to stop lamenting and learn to use there own resources in executing some of these stories and only ask for help when they cannot provide for themselves.

The journalists also highlighted the need to be more cautious in double-checking facts while writing a story to reduce the problem of fake news.

Beyanga further explained the importance of verification of the source of the tip. She stated that one needs to question where the information is coming from and before publishing the story, determine the missing links which could make the story not to be run.

Jan Ajwang of Media Focus on Africa emphasized the need to locally process the issues pertaining to journalism and locally finding solutions to them.
He argued what worked for one country may not apply to Uganda and, the failure to contextualize these challenges leaves the profession to chance.