I want to inspire many people - Kipchoge

VIENNA: Kenya's Eliud Kipchoge on Saturday made history, busting the mythical two-hour barrier for the marathon on a specially prepared course in a huge Vienna park.

With an unofficial time of 1hr 59min 40.2sec, the Olympic champion became the first ever to run a marathon in under two hours in the Prater park with the course readied to make it as even as possible.

The 34-year-old already holds the men's world record for the distance with a time of 2hr 01min 39sec, which he set in the flat Berlin marathon on September 16, 2018. 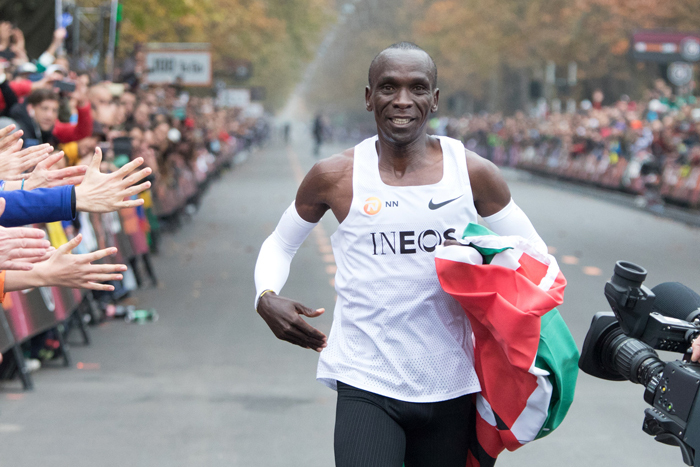 But accompanied by a posse of 41 pacemakers and a car in front of them setting the pace, Kipchoge bested that mark, making good on a failed attempt two years ago in Monza, Italy.

"I am the first man - I want to inspire many people, that no human is limited," said the history-making Kipchoge.

"We can make this world a beautiful world and a peaceful world. My wife and three children, I am happy for them to come and witness history." 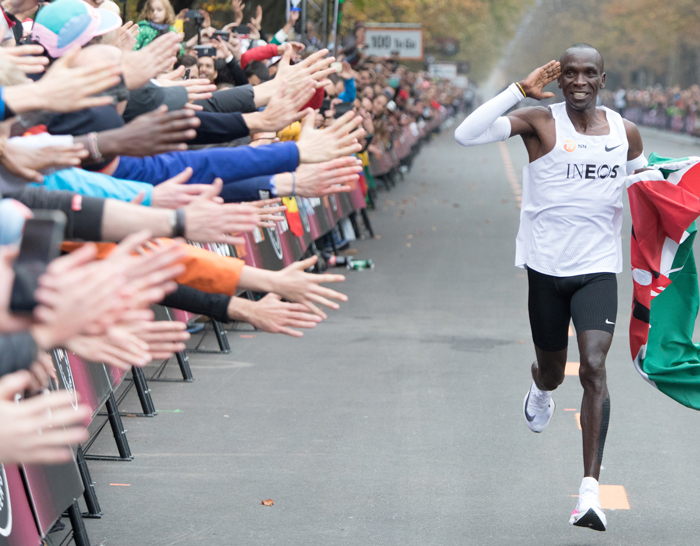 Maintaining a very regular pace at around 2:50 minutes per kilometre, he passed the finish line gesturing and smiling.

He had been 11 seconds in advance at mid-race as fans lining the course, many waving Kenyan flags, loudly cheered him on. 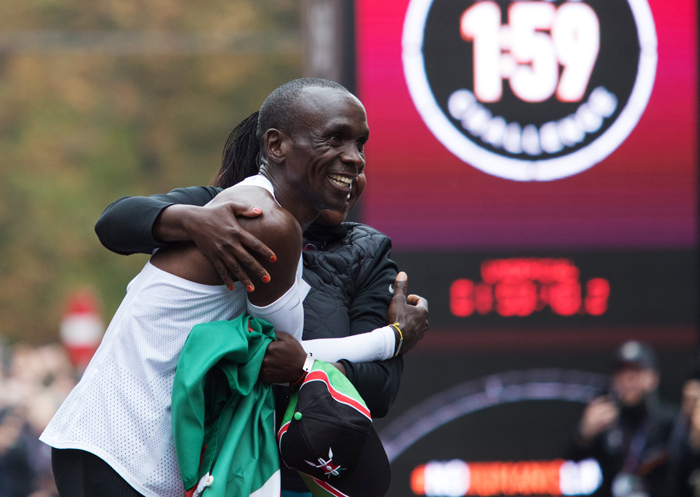 "I just have to make that click in people's minds that no human is limited," he had said.

Surfaces evened out
Because of the way the run was set up and paced the International Association of Athletics Federations will not validate the time as a world record.

The running surface had been partly retarred and readied with other features such as a banked corner that could save time and avoid injury. 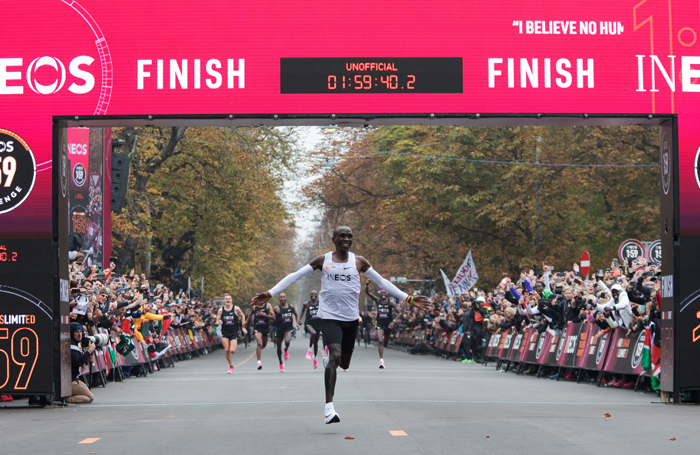 The course included a 4.3 kilometre-long straight alley, which the Kenyan ran up and down several times amid dry but foggy weather. 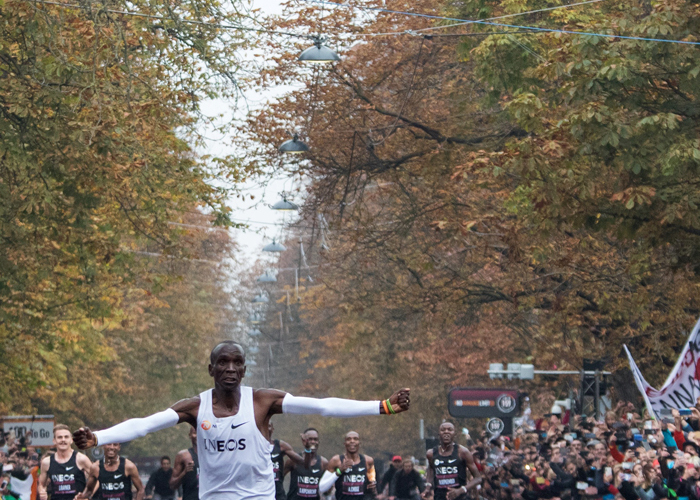 "The course is extremely good. I'm happy with the course," Kipchoge, whose family has accompanied him to Vienna, said earlier this week. 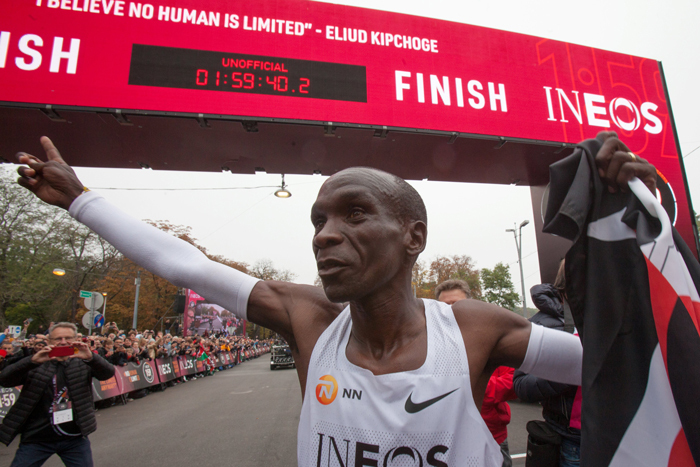 Organisers only allowed their own cameras to film the run itself.

Throngs of fans cheered on Kipchoge whenever he passed by.

"It's history in the making. I'm very proud... It will be a motivation for a lot of young people. People are looking up to him," said Nichasius Koech, 37, a software engineer from Kenya who works in Germany, ahead of the run.

Another fan, Joe Saissi, 25, from London said it was "a once-in-a-lifetime opportunity". 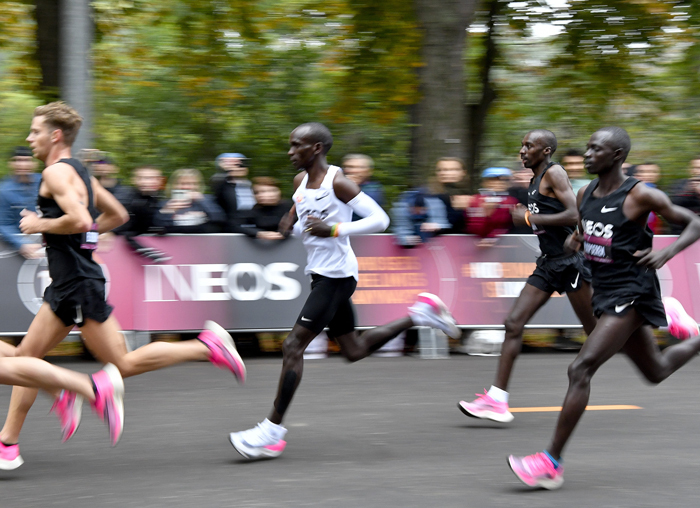 Kipchoge already tried in May 2017 to break the two-hour barrier, running on the Monza National Autodrome racing circuit in Italy, failing narrowly in 2hr 00min 25sec.

But this time he said before the race that he was mentally stronger and more confident.

The course had been prepared so that it should take Kipchoge just about 4.5 seconds more than on a computer-simulated completely flat and straight path, according to an analysis by sports experts at Vienna University. 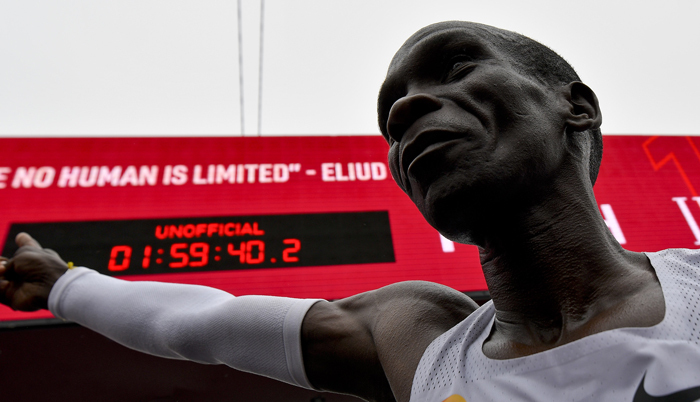 In total, he only had to descend 26 metres in altitude and climb 12 metres, the experts said.

The founder of the main sponsors, Ineos, British billionaire Jim Ratcliffe, is taking a personal interest in the challenge and himself competes in Ironman triathlons. 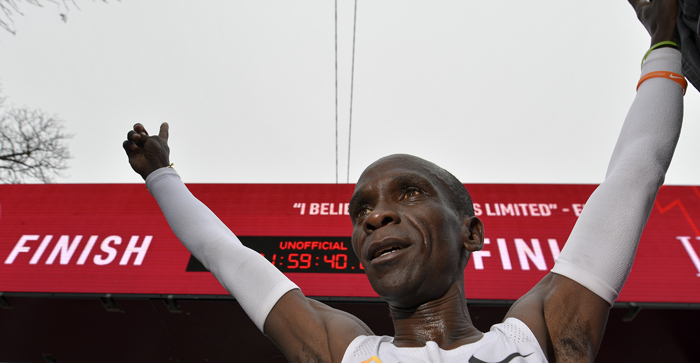 The world marathon record has, for the past 16 years, been contested uniquely between athletes from Kenya and Ethiopia. The two nations are also fierce rivals for distance medals on the track. 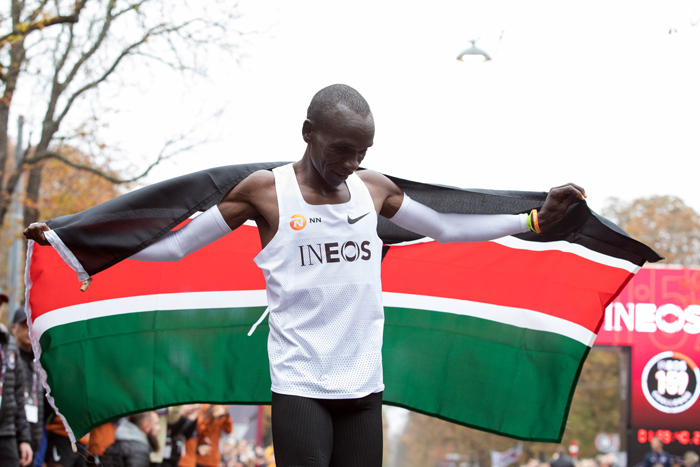 Silkâ€™s Comedy Nite off to a flying start