Kalungi Kabuye's lens: In the begining were goat races

Do you think the Nyege Nyege is wild? You didn’t see the goat races during the noughties.

Do you think the Nyege Nyege is wild? You didn’t see the goat races during the noughties.

Don't ask where everybody was, they were in the tents drinking, 2001

Before there was anything called Nyege Nyege, before Blankets & Wine, before Roast & Rhyme, before the Polo Games; in fact, before many of the activities that fill up Lifestyle pages these days, and definitely before Fr. Lakodo, we had the Royal Ascot Goat Races. 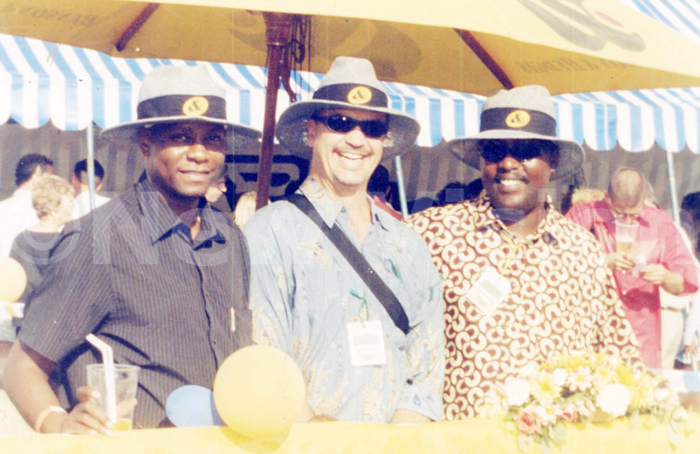 Is that you Elvis and Henry

They started innocently enough when a few bored expatriates would get together at the then Kampala Rugby Club to parody the Royal Ascot Races of Great Britain. But, instead of using horses like at Ascot, these bored bazungu chose goats instead.

Others got cozy with the opposite sex, 2003

Of course, nobody rode the goats, which did not race either but got pushed around a set track. It was a nice excuse to dress up and get blazed on a Saturday afternoon while raising some money for charity. 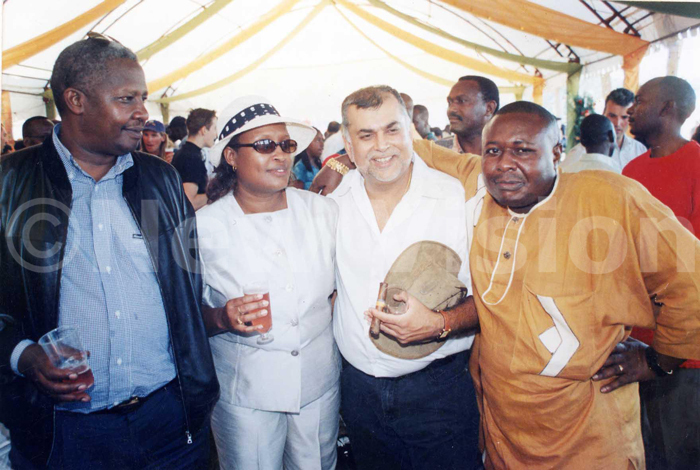 Everybody let their hair down. Sam Kutesa, Beatrice Kiraso, Sudhir and Kirumira, 2002

Then Sudhir Ruparellia built Munyonyo, wanted to market his place, and convinced those expatriates it would be a worthwhile endeavour to make the races bigger, and rope in and get blazed with the natives. And the natives, quickly followed by the then big corporations, loudly said ‘aye'. And almost the whole of Kampala followed. 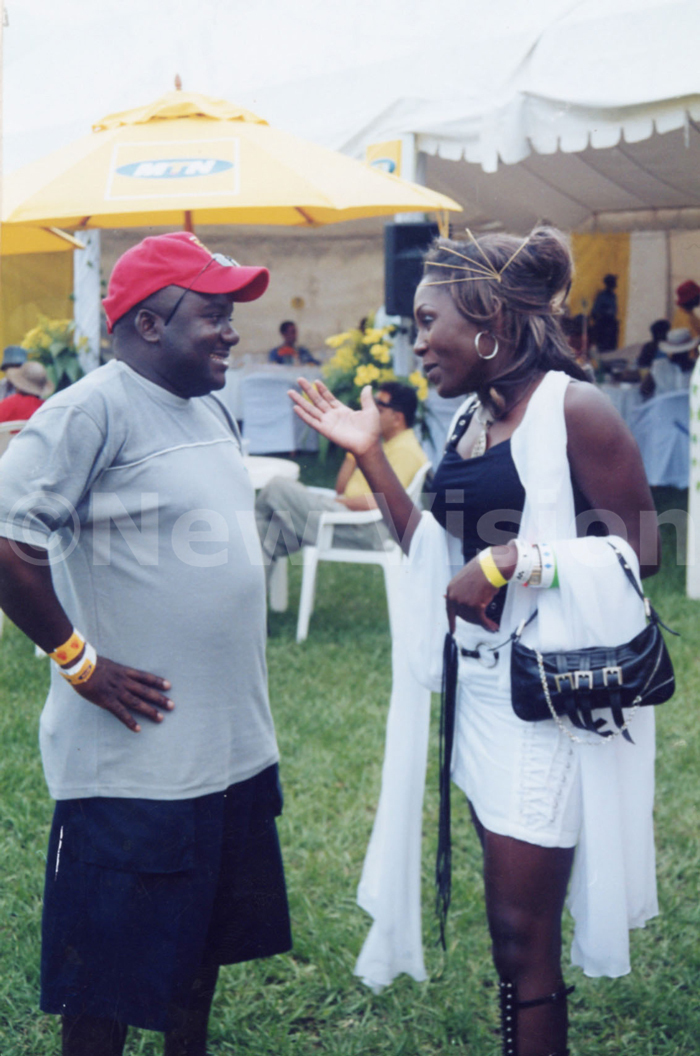 Do they recognise themselves? Steven Kavuma and Sylvia Owori, 2003

It might be a bit hard to believe now, but in the noughties, the Goat Races was the place to ‘go or die', the biggest single social event in Kampala. Every company that was worth its salt had a hospitality tent, and this was the time the corporates ruled. 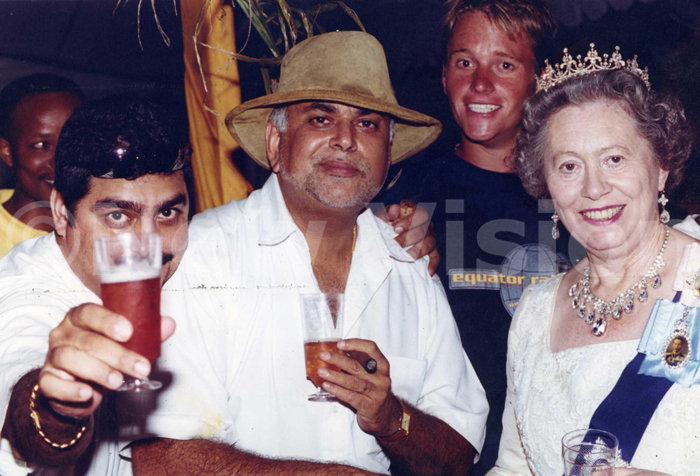 You were not worth anything in Kampala if you did not have an invite to at least one hospitality tent, and at times it was a real war to get an invite. 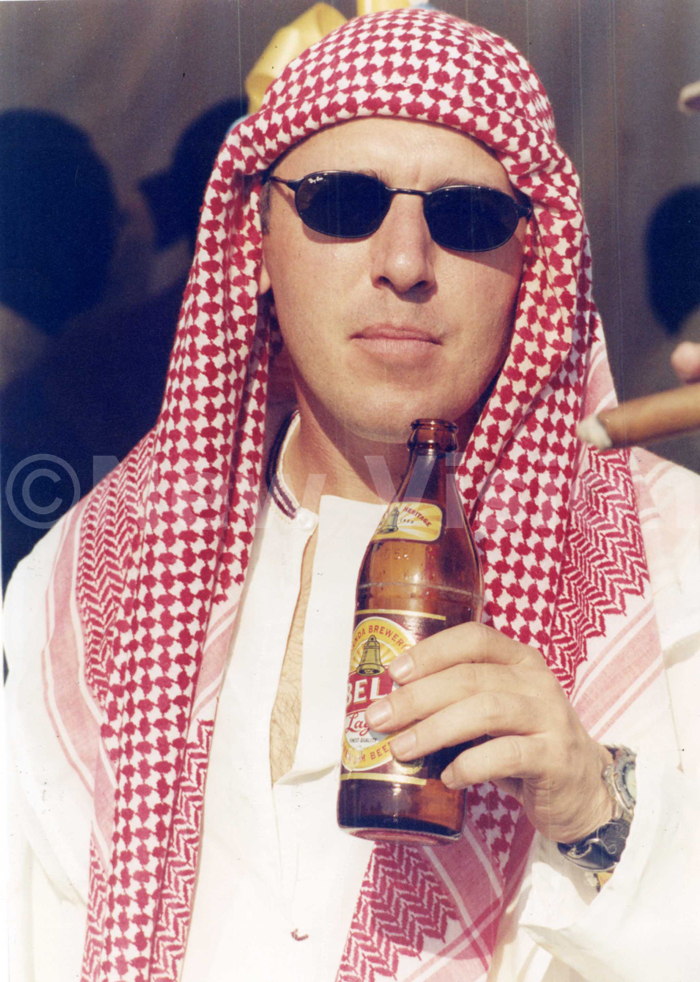 Charlie Case definitely wouldn't get a US visa dressed like that, 2002

The invites came with a wrist band, all in different colours, and the more you had on your wrist, the higher your social standing. So it was common to see people with 5 or more wrist bands, those were the elite. 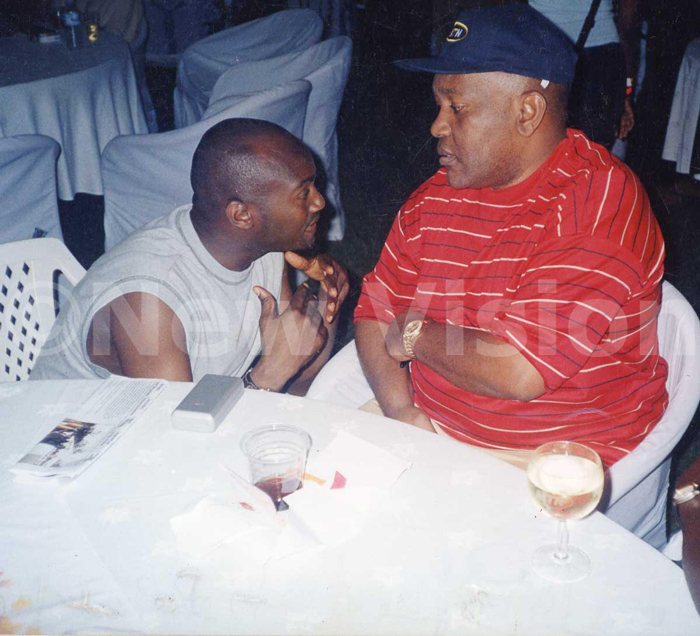 Charles Mbire evidently wasn't buying it, wonder what Andrew Mwenda did next

The invites were strictly not for sale, and it was only the ‘low life' that paid their way. Inevitably, as the hours passed and the booze climbed, they would resent their being left out in the cold, and they would push their way into the hospitality tents; this would happen every year. 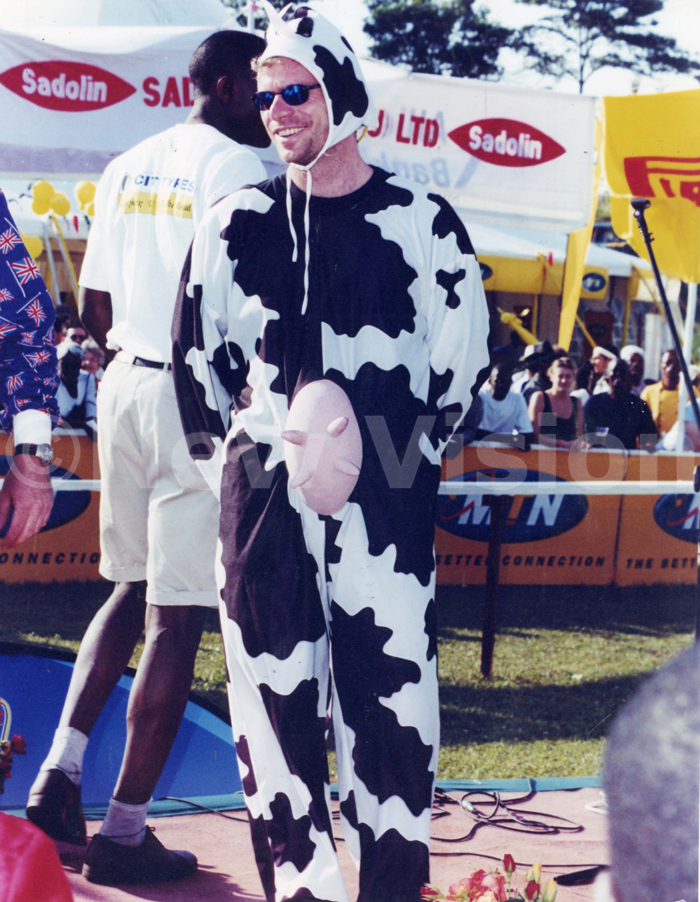 The sponsoring companies got wise to this and stopped serving drinks and food as soon as it got dark, and advised their guests to leave. It then became a free-for-all bash, and my innocent eyes saw many things they were not supposed to see. Do you think the Nyege Nyege is wild? You didn't see the goat races during the noughties. 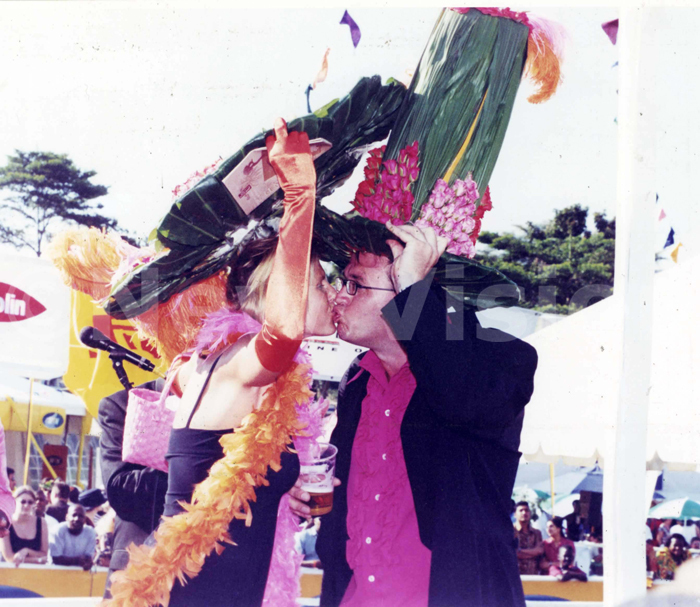 One really weird one was when this gorgeous girl I was talking to declared she wanted to go for ‘a short call', but couldn't be bothered to go to the restrooms. Instead, she dived under one of the tables laid out for a dinner, covered all the way to the floor, and did her thing. 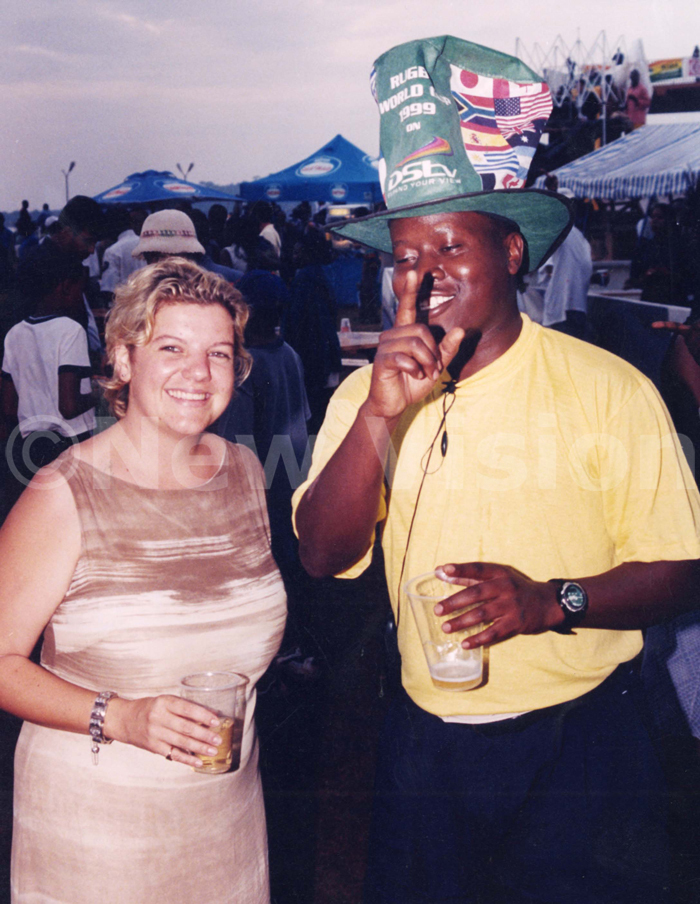 Afterwards, she came back up and, without batting an eye, asked what it was we were talking about. I'm still in shock, after all these years. 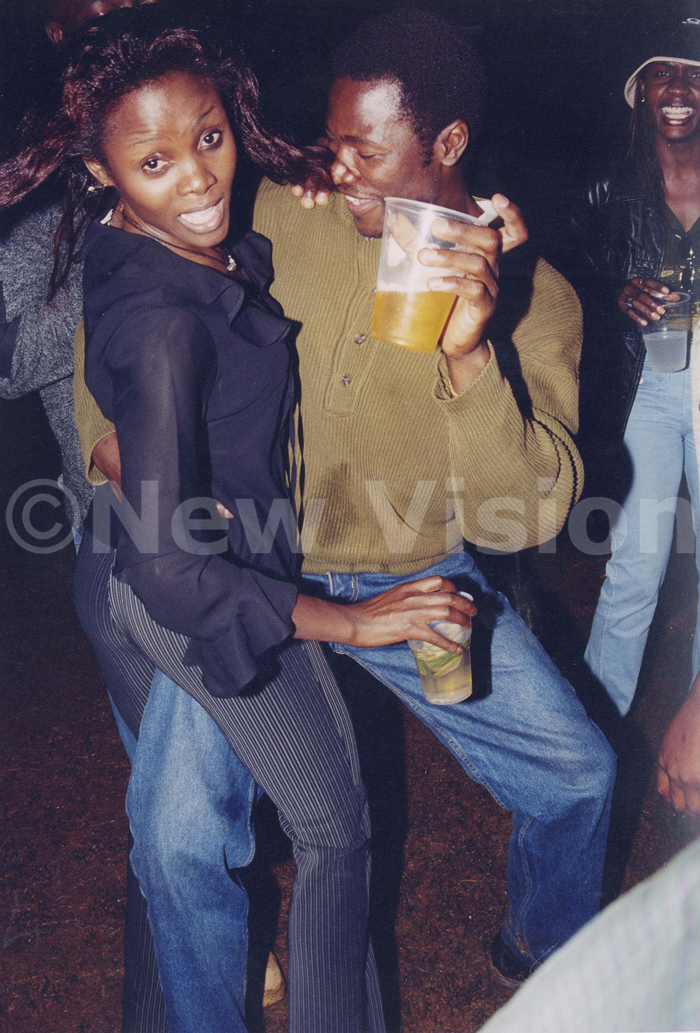 Then there were these two guys from a TV station, one a producer and the other a cameraman. 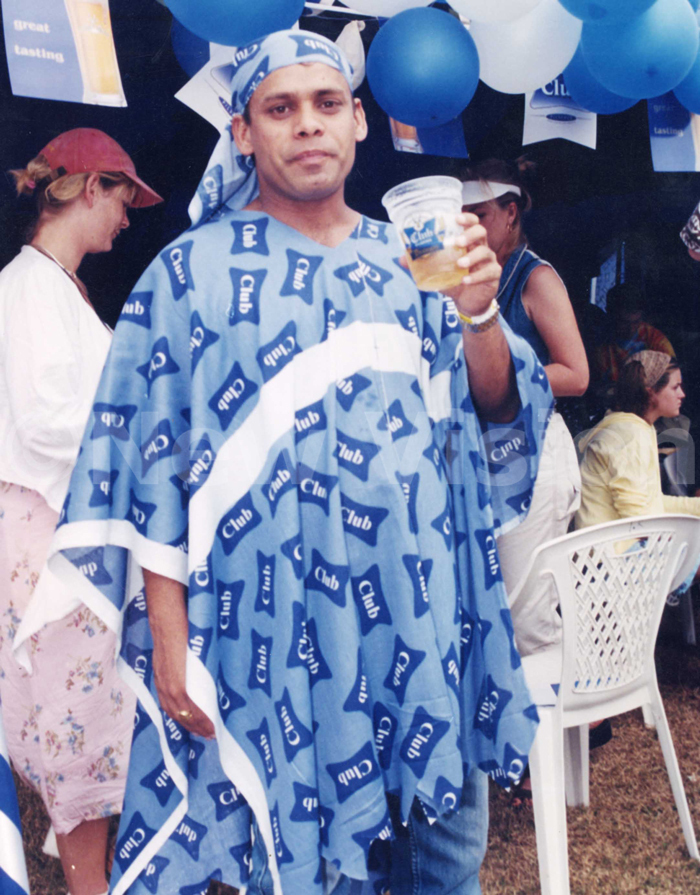 They had been working together for years, but when the beers and the quarter UGs took their toll, the cameraman started telling anybody who cared to listen how the producer had stolen his girlfriend and slept with her. And said the girlfriend was sitting right there with them. 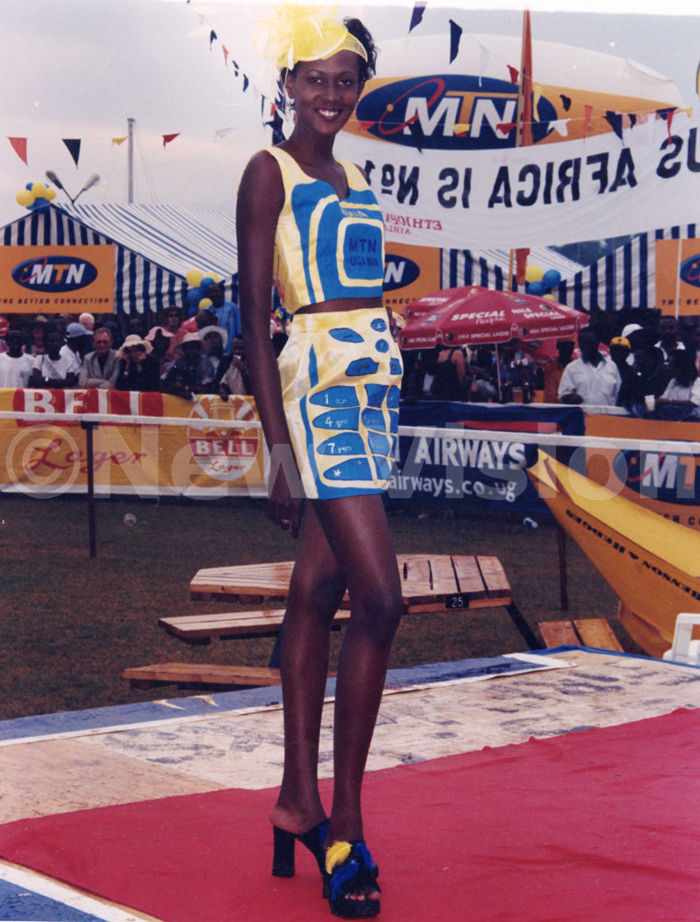 The two almost came to fist cuffs, before other people stepped in and cooled the situation. But the cameraman spent that whole night narrating how the producer slept with his girlfriend. 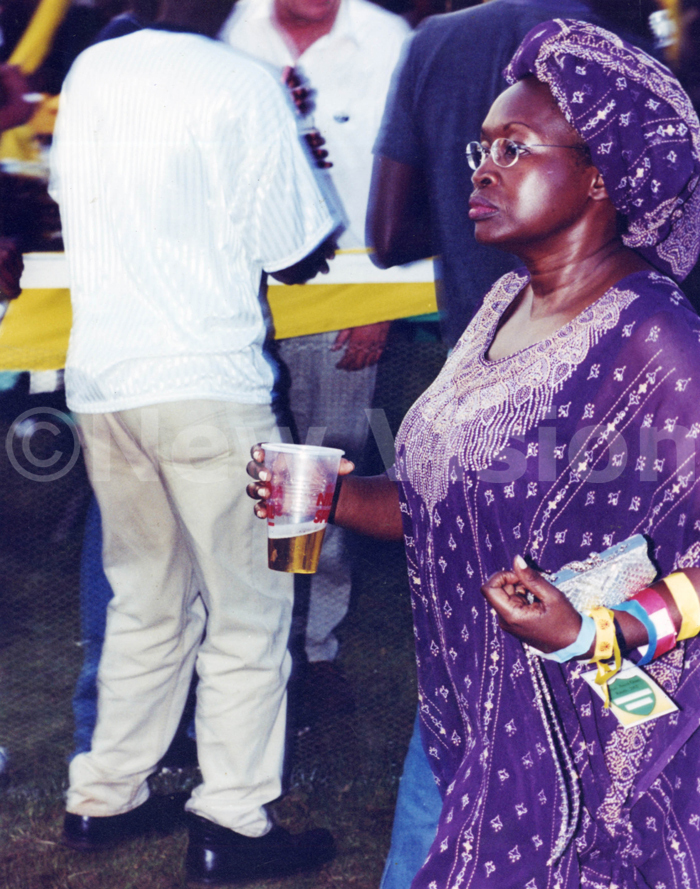 The more wrist band the merrier, Maria Kiwanuka knew that, 2002

Kampala is a small place, and I wonder if the two still think about that incident whenever they meet. No names, please. 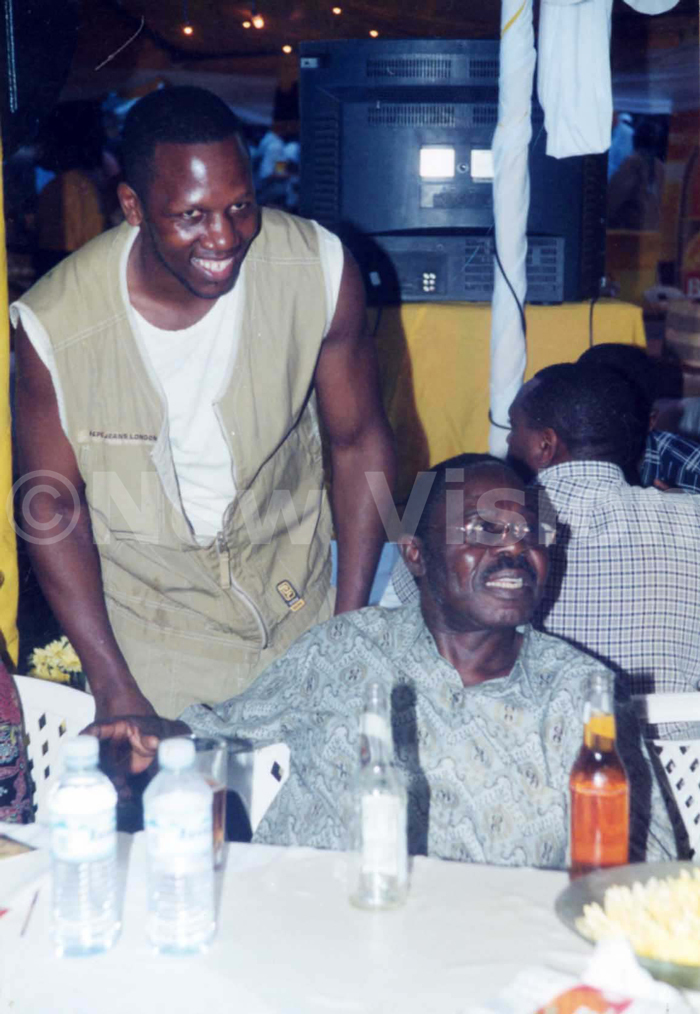 Shopping early for the mayorship, Godfrey Nyakana and Ssebana Kizito, 2003

Some really weird things happened at the goat races.

Over 400 Bishops, cardinals jet in for SECAM golden jubilee