Museveni opens Trade Fair, vows to clean u...
Next Story

The court was extablished in November 2001 to ensure adherence to law in the interpretation and application of and compliance with the East African Community Treaty. Courtesy Photo

Five judges of the First Instance Division of the East African Court of Justice have been appointed to hear the age limit appeal by city lawyer, Hassan Male Mabirizi.

They include Ugandan Monica Mugenyi, who was recently elevated by President Yoweri Museveni to the Court of Appeal.

According to the hearing notice issued by the court registrar on September 24, hearing of the case will commence on October 29, this year in Arusha, Tanzania.

"Take notice that the above reference has been fixed for hearing on Tuesday, the 29th day of October, 2019 at 9:00 am in open court. You are required to appear in this court without fail," the notice read in part.

On May 3, this year, Mabirizi petitioned the court seeking nullification of the Constitutional Amendment Act 2018, which okayed the removal of presidential age limit in the Constitution.

Mabirizi's appeal followed a Supreme Court verdict in which majority justices (4:3) dismissed an appeal in the matter, arguing that despite several breaches which occurred during the tabling, debating and passing of the bill, it had no substantive effect on the process of the entire enactment of the Act.

Mabirizi contends that the actions of Parliament, Executive and the Judiciary in processing, pursuing and upholding the Constitutional Amendment Act 2018 are unlawful and an infringement of the provisions of the Treaty for Establishment of the East African Community. 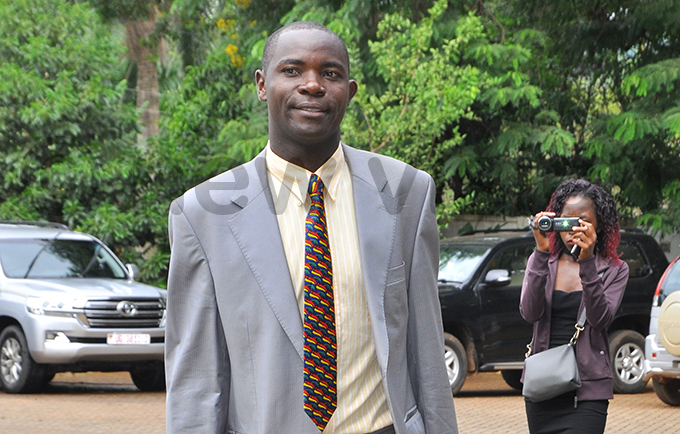 He says that he is duty-bound to defend the 1995 Constitution and to resist any person or group of persons, including judicial officers, seeking to overthrow the established constitutional order.

"I am constitutionally duty-bound to do all in my power to restore the Constitution after it has been amended contrary to its provisions, or after that illegal amendment has been purportedly approved by a court of law, including filing this particular application to set aside the said purported judgment," Mabirizi argues.

Mabirizi contends that the actions complained of undermine the fundamental and operational principles of the community which include good governance including adherence to the principles of democracy, the rule of law, accountability, transparency, social justice, equal opportunities, gender equality, as well as the recognition, promotion and the maintenance of universally accepted standards of human rights.

However, the Attorney General William Byaruhanga wants the case dismissed with costs, saying it is a disguised appeal because there is no provision of the East African Community Treaty that was contravened by the Supreme Court when it okayed Constitution Amendment Act No. 1 of 2018.

According to Byaruhanga, the Supreme Court of Uganda is the final appellate court in matters regarding the interpretation of the Constitution in the country.

"The East African Court of Justice lacks jurisdiction to entertain an appeal against the decisions of the competent courts of the member states and we pray that it exercises its discretion not to entertain the matters raised in the reference by the applicant which were duly considered, adjudicated and determined by the Supreme Court of Uganda," Byaruhanga contends in his reply to Mabirizi case. Byaruhanga contends that the issues raised in Mabirizi's reference are res-judicata as they were duly adjudicated and conclusively determined by the Supreme Court.

"Mabirizi does not raise any points of law for determination by this court and his case should be dismissed with costs," Byaruhanga says.

Byaruhanga says Uganda is a state party to the Treaty for the Establishment of the East African Community and has been complying with all the protocols, rules and regulations made thereunder and is committed to following and observing the provisions and principles set out therein.

On July 26, 2018, the Constitutional Court in a majority decision of 4:1 Okayed the removal of Presidential age Limit and unanimously declared the extension of the term of members of parliament and local government as unconstitutional.

Following the judgment, the petitioners appealed to the Supreme Court seeking to declare the entire Constitutional amendment Act no.1 of 2018 null and void.

On April 18, 2019, the Supreme Court in a majority decision upheld the Constitutional Court decision.