Uganda sets sights on more gold in Doha
Next Story

The 29-year-old Desisa times his race to perfection in the closing stages of the gruelling contest to become the new world champion.

The 29-year-old Desisa times his race to perfection in the closing stages of the gruelling contest to become the new world champion.

Meanwhile, Ugandans Fred Musobo and 2013 world champion Stephen Kiprotich were out of the top 10, finishing 13th and 18th respectively.

Musobo did 2:13.42 while Kiprotich, also a former Olympic champion, achieved a time of 2:15.04 under Doha's sweltering temperatures.

In 2013, Kiprotich finished ahead of Desisa, who settled for silver at the time. This time round though, the 29-year-old Ethiopian timed his race to perfection in the closing stages of the gruelling contest to become the new world champion.

For long periods of the race, he remained tucked in with the leading group that also featured South African Stephen Mokoka and Eritrean Zersenay Tadese.

But after witnessing the topsy-turvy dimension of the pack at the front, with him in it and Britain's Callum Hawkins joining the party late on, Desisa finally peeled away from his compatriot Geremew and Kenya's Kipruto with about 250 metres to go.

An eventual Ethiopian one-two finish was richly celebrated by the Ethiopians on the sidelines of the tarmac, while Kipruto talked of his delight over winning a medal at his first ever world championship.

The debilitating effects of the elements saw a number of runners drop off, unable to take the heat despite the marathon being done in the night.

Ugandan Solomon Mutai, was a victim here. He caved in, failing to finish the race. Mutai won bronze in Beijing and silver at the 2018 Commonwealth Games in Australia. In the opening stages of the race, the group was more compact. You could even throw a huge blanket over all over them The race started at the stroke of midnight, Ugandan time. Night-time racing was chosen because of the day-time heat 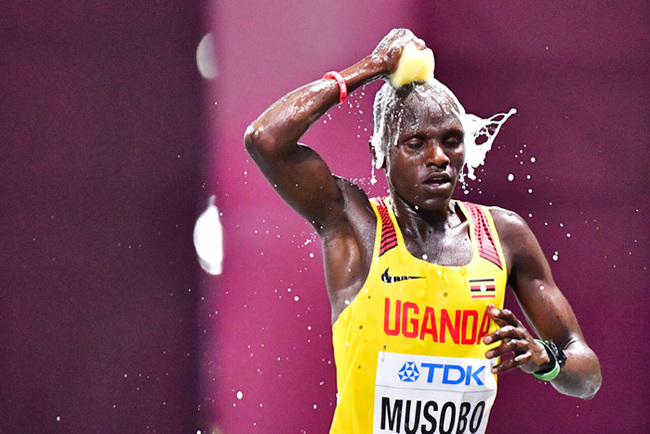 Nonetheless, the humidity is still high, and Ugandan Musobo, like all other athletes, had to cool off during the race with a wet sponge 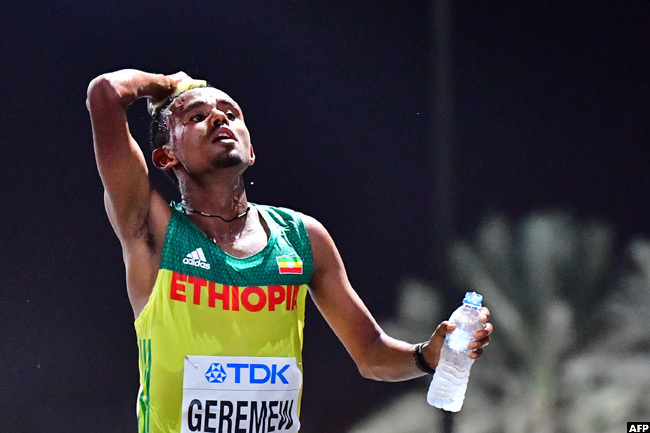 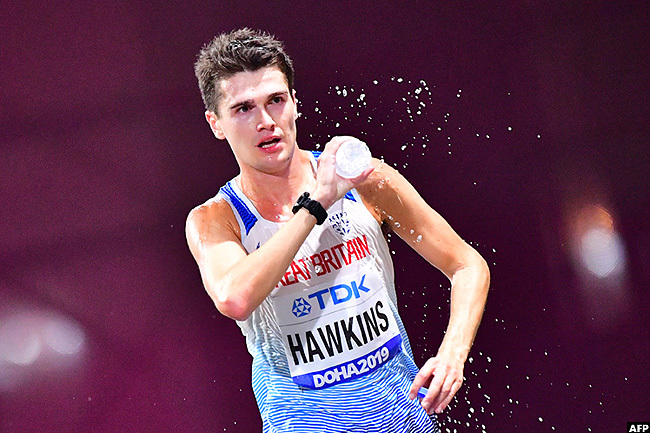 Britain's Callum Hawkins gave the leading pack a run for their money in the final lap, but the East Africans saw through his intentions and broke away, leaving him to settle for fourth place 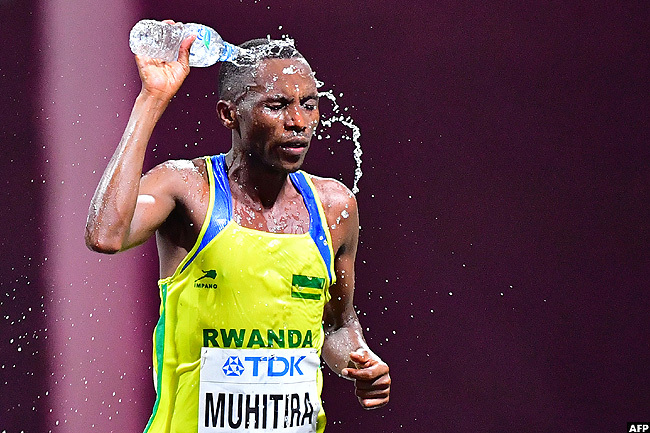 The water spots were a very important part of the race. Rwanda's Felicien Muhitira knew that all too well 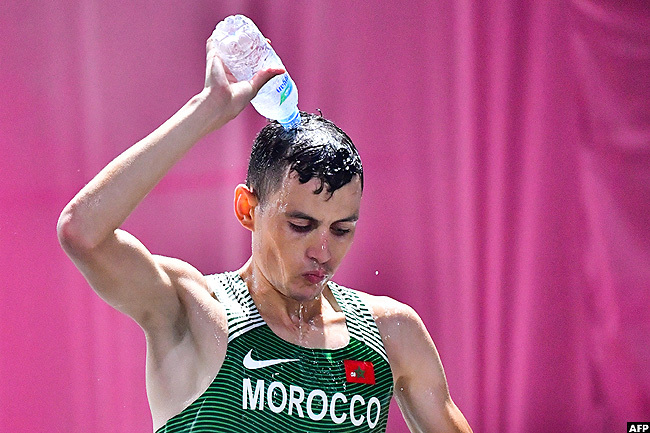 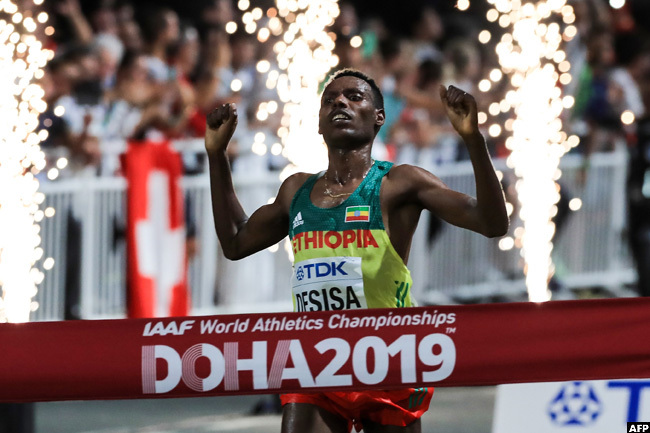 In the end, Desisa was not to be denied gold 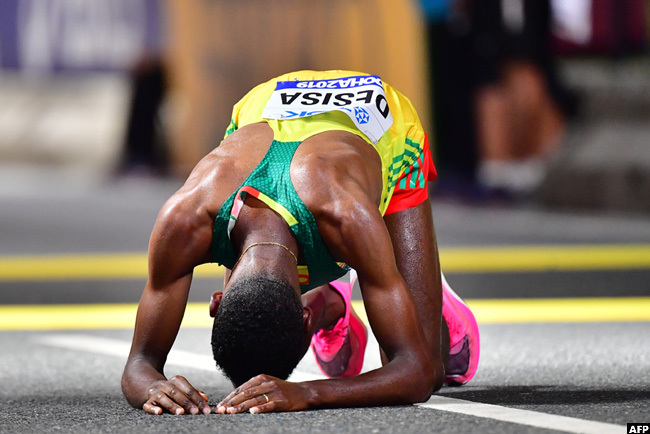 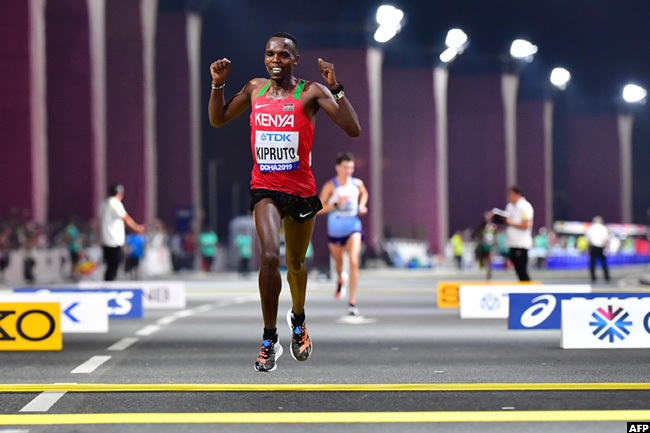 This was Kenyan Kipruto's first world championship marathon. And what a debut for the bronze medalist!