Where did they get the money from?
Next Story

How Kampalans enjoyed life 15 years ago

Kampala has now changed. Many hangouts have been closed and others have come up in the last 15 years. 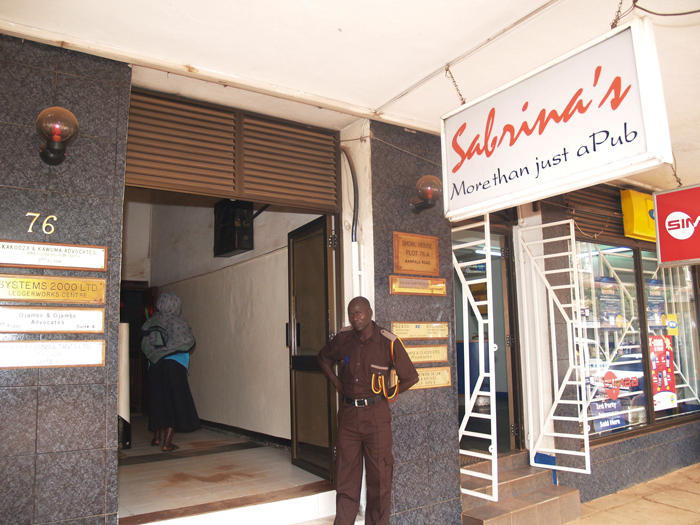 Sabrina's was the in thing back then

Such is the effect on today's society, that whereas part of the population in the city retires home before the 6:00 pm deadline, an even greater number is reading itself to wallow in the pleasures of Kampala's nightlife. This has since led to the coinage of the name 'Kampala's nocturnal party animals' whose list is endless. 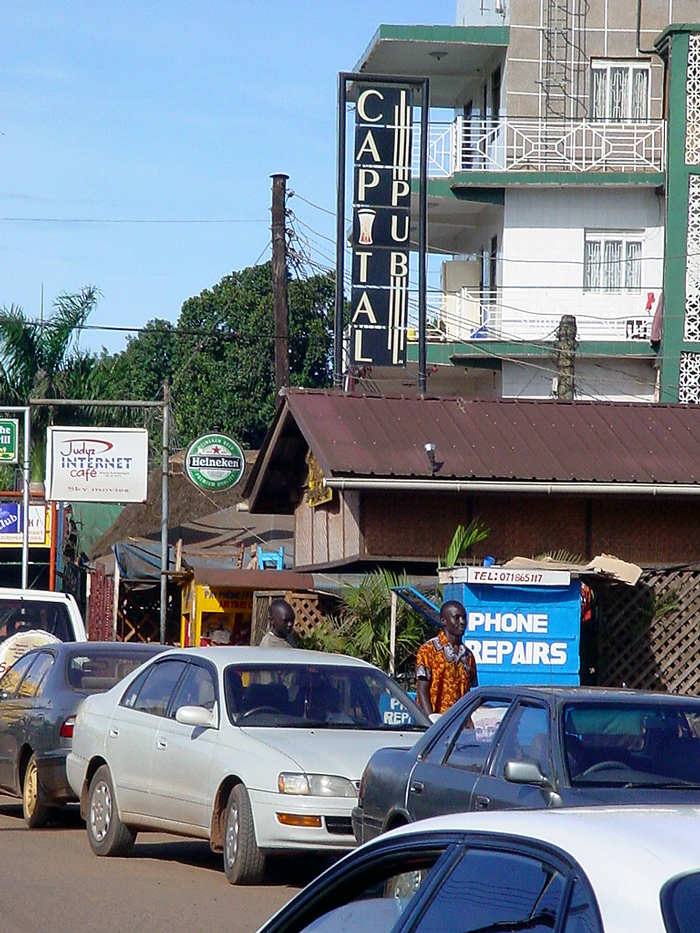 Only a blind soul can fail to notice the many entertainment spots that have come to characterize Kampala today. These range from discotheques, bars and restaurants, casinos, live music arenas, cinemas and health clubs. It is these that have bolstered nightlife, a trend that follows from Monday to Sunday. 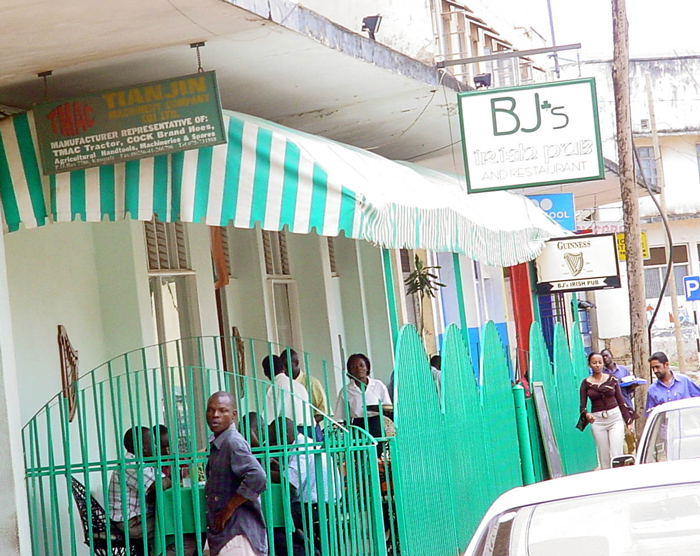 Joseph Kato, a manager at the club says that the club is growing stronger by the year with an even wider fan base. He attributes this fact to a policy of innovation and treating the customer as supreme. "Our patronage has grown tremendously, and Angenoir is very popular with all age groups, especially the middle-aged who form a greater part of our clientele. We are also the first public establishment to effect the public ban on smoking and we have gazetted smoking areas and non-smoking areas in our clubs," Kato says

He adds that Ange Mystique, a state-of-the-art discotheque, which is a follow-up of Angenoir, conforms to the internationally required standards, and has come in handy for those who appreciate class. Accompanying it is a free ample parking space and a 24-hour security guarantee around the place. 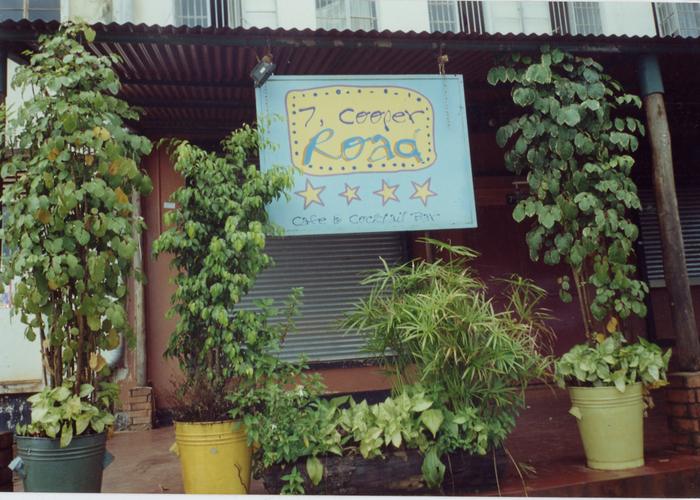 On the music menu, they have theme nights, which plays on Thursdays; the campus night, Fridays are for the Variety Night, Saturdays African dance night with a plug-in with Radio One from 9:00 pm to 12:00 am and Sunday is Soul night groove.

Ange Mystique has special Friday themes, which are soul-spectrum, on the first Friday of the month, Old Skool and Oldies blended with recent hits on the second and third Sunday nights of the month.

Club Silk on Third street, the industrial area has also contributed to the growing demand for entertainment. It operates on Tuesdays, Fridays, and Saturdays with a variety of theme nights. It consists of a relatively younger clientele.

It too has theme nights, some of which include, Campus night on Tuesdays where ladies entry is free, Happy days, Old Skool, TFI, Corporate nights that fall on Fridays and Saturdays. The latest being the recent launch of the Y'ello Street Jam.

The Viper Room, at Hotel Equatoria, is yet another night club that operates programmes almost throughout the week with Ladies Night on Wednesdays, Campus Night on Thursdays, Variety Night for Fridays, Oldies Night on Saturday, and the Afro Caribbean night on Sundays.

Entebbe is Vogue Discotheque, which has saved residents the hassle of having to travel to Kampala for night-time entertainment like it used to be.

Pubs and sports bars have lately cut a niche as providers of night-time entertainment in Kampala.

Bamboo Nest, a natural bamboo and grass shed off Old Portbell road in Bugoloobi, has emerged as one of the most prolific in that segment. Harriet Tusiime, the managing director of the place, says that a combination of factors has made the place popular.

"The homeliness, freshness and the friendly staff have not only contributed to a large clientele, but I believe it is also because we also have theme nights and telecast soccer matches on large screens. On Fridays, we play the oldies, variety on Saturdays and a family show on Sunday," Tusiime says.

Sabrina's Pub on Bombo road is one such establishment that has gone great lengths in providing night-time entertainment. Proprietor Hope Mukasa says that their usual menu of special movies and Karaoke has been beefed-up with the arrival of the Afrigo, Uganda's acclaimed live band, which plays every Friday and Saturday.

The Nook, quietly tucked on George Street, next to TLC club has become popular with patrons that would rather have a quiet night from the usual noises that characterise nightlife establishments.

There is an open bar that does not close until the last customer leaves. This is accompanied by oldies music, in which patrons are free to do a Karaoke on songs of the likes of Fred Masagazi, Elly Wamala, and the late Freda Ssonko.

Kampala Casino, in the heart of the city, is the only one of its kind in the country to come up with such an arrangement that ensures its customers are fun-filled throughout the night.

Jean Bageire, the public relations officer, says that they recently introduced the Happy Hour at the Bar to add onto the regular theme of the African Night with the Misty Jazz band. "The Happy hour bar runs from Monday to Wednesday between 5:30 pm to 7:30 pm. Drinks are served at half price.

There is a bonus at the slot machines plus an open dinner. This coupled with ample parking and guaranteed security has enabled us to serve with a touch of class," she says.

#Do you know these hang-outs?


Kampala's nightlife in the 1960s
For movies, there was Norman Cinema (now KPC), there was Delite Cinema (near the main railway station), Odeon Cinema near Fido Dido, Neeta Cinema (where the Ebonies perform from today) and Drive-In Cinema, near the Transami container terminal in Naguru. James Bond, cowboys (Western) and martial arts (Kung-Fu) movies were the crowd pullers.

From the movies, those interested in dancing would go home to change into the appropriate wear, evening dress, before storming the various nights in the city. You couldn't just walk into a night club dressed like a mutembeyi (hawker) like it's done today. You would be thrown out! Jeans, T-shirts, caps and sneakers were out of question. 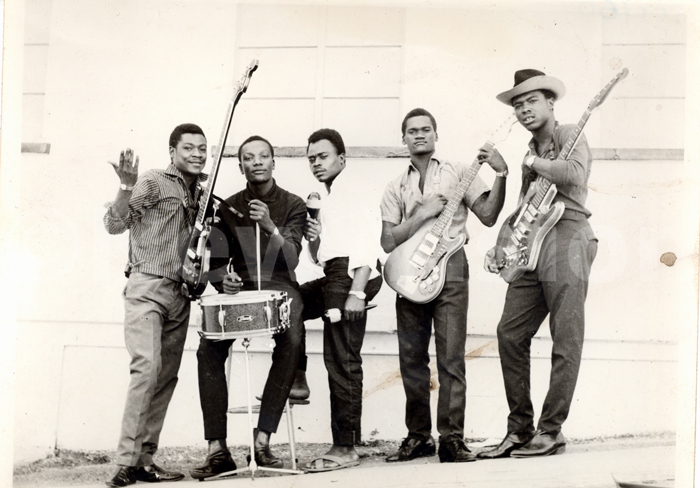 For men, it had to be a dark suit or a tuxedo, with bow tie and dancing shoes - the shiny leather type. The ladies had to put on evening dress, called "stiff", because of their hard texture - the effect of starch.

The management of most high-class nightclubs would hire out or lend the appropriate dress to patrons who turned up dressed shabbily or were foreigners.

Like its name suggests, Top Life Nightclub in Mengo, owned by an Asian called Kamulu, was the place to go during the 1950s and part of the 1960s if you wanted to impress your lover. 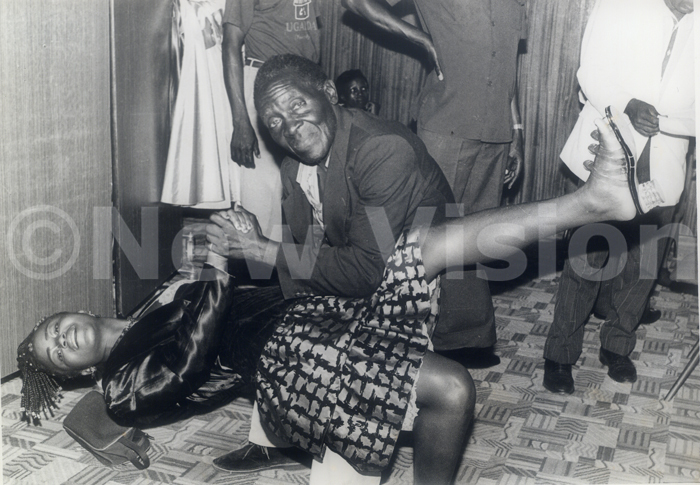 The Maestro's Waltz.  Christopher Kato and a female partner do a Fox-Trot during a concert at Sheraton Kampala Hotel

It was very popular with Kampala's well-to-do, mainly politicians and professionals, plus a few businesspeople.

There was also White Nile in Katwe, Lumumba Nightclub in Bwaise, Peacock in Ndeeba, Topaz Nightclub in Najjanankumbi, and Kololo Nightclub, now Ange Noir in Industrial Area. Susanna came much later, in the 1960s.

UHRC boss calls for respect of human rights ahead of elections