Xente’s products are divided into basic, premium and platinum with transaction limits for each being sh50,000, sh200,000 and sh2m depending on one’s daily transactions.

Xente’s products are divided into basic, premium and platinum with transaction limits for each being sh50,000, sh200,000 and sh2m depending on one’s daily transactions.

Having been launched in 2017 to bring the informal sector into the formal financial system through the digital route, the app boasts 50,000 subscribers in 3 countries already.

With many of the business transactions this side of the world still being done using cash according to Lyn Tukei the company's Head of Communications, the company's entry into fintech to address this challenge was inevitable.

With Alibaba, Amazon and other e-commerce behemoths changing the world, Allan Rwakatungu the Founder and CEO of Xente and his co-founders felt it was time to replicate this formula back in Uganda and scale it across Africa.

With a target of reaching at least 100 million users and 50,000 businesses in the next 10 years, Rwakatungu whose background is in technology used his knowledge plus leverage of his team to get Xente off the ground.

Having been in the world of technology for some time, he dreamt of creating a platform that can handle all sorts of non-cash payments ranging from mobile money to card payments like Visa and MasterCard, buy and sell airtime of all kinds plus do online purchases and sales of goods and services.

Payment of utility bills and the ability to be used in different denominations and currencies are some of the other top-up features that were loaded onto Xente. However, there is a 4% charge on utility payments while most of the transactions on the platform remain completely free. Money can also be transferred across networks and to one's bank accounts using this platform. 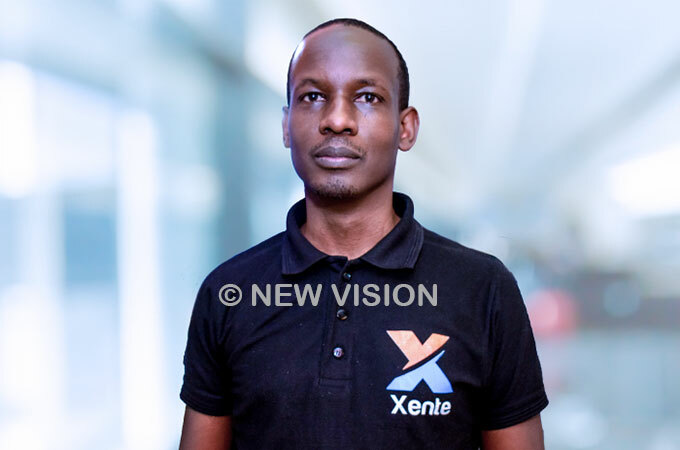 Unlike the bank, this app and its associated card all offer the convenience you won't find in mainstream financial institutions like banks. Customers already do get cash backs on every transaction they make using Xente on top of having access to loans to buy Xente products and pay later.

Xente's products are divided into basic, premium and platinum with transaction limits for each being sh50,000, sh200,000 and sh2m depending on one's daily transactions.

Users will also be able to get soft loans using the ‘Loan Me' feature on the app. At an interest of 0.5% a day, users will be advanced loans depending on the cash flow recorded on their Xente accounts over time.

They plan to unveil a Xente Visa card soon too with pre-loaded credit that you can spend and pay back later. This card will also give the chance for its holders to transact online without giving away crucial account and personal details attached to one's personal and main accounts keeping them safe from hackers Tukei adds.

A plan is underway to use these cards and the app to help facilitate the movement of bulk cash, airtime, and other services for small and medium enterprises. This will come with monthly postpaid services on the app and Xente is already in partnership with Uber the cab service provider as part of its move to facilitate service convenience for SMEs.

Xente's rollout to date has not been without challenges and key among them is sourcing of good developers to work on the backend and improve the app continuously.  "There are not so many good developers available to work with which slows down product development," Tukei says.

The low penetration of smartphones especially in Uganda and other African countries remains a challenge to the operations of Xente which can only work on a smartphone.

Their marketing is still small scale and so are the subscriber numbers but this will be sorted as they finish fine-tuning the product adding on other features and then focus on marketing.

Earlier this year, the app was launched in Africa's biggest economy which is Nigeria and plans are underway to launch in Kenya then South Africa before the end of the year.

This is in line with the company's vision of connecting at least 10 million Africans to the digital economy in the next 5 years and scaling that to 100 million subscribers in 10 years.

Xente app was launched in 2017 by Allan Rwakatungu and his co-founders having run a small tech firm previously called Intel World International that was offering technology services since 2014.

They soon realized this wasn't working so well and opted to stretch their creativity into the world of fintech winding up Intel World, starting Xente Limited and finally putting in place the Xente APP in 2017.

The sky is the limit for this Ugandan start up as they step out to conquer the African market and add many more features to their product.