Mutebi in the lead as 230 golfers brace th...
Next Story

Anukani has been instrumental for the national team the Cranes and Proline FC in September.

Anukani has been instrumental for the national team the Cranes and Proline FC in September.

Uganda Cranes U20 and Proline FC midfielder Bright Anukani dreams of one day playing for FC Barcelona.
"My dream is to play outside Uganda, in Europe of course and more so FC Barcelona the team I like and support, I will work hard to realise it", Anukani revealed.
The promising young midfielder made these remarks yesterday after receiving the Real Stars Sports monthly award of best footballer of the month of September at UMA  Show Grounds Lugogo.
Anukani has been instrumental for the national team the Cranes and Proline FC in September.
He featured in the 3-0 win of Uganda against Burundi in the first leg of the CHAN 2020 qualifier in Bujumbura.
The 19-year-old also inspired Proline to the next round of the CAF Confederations Cup after getting them an away goal in the first leg in Rwanda against AS Kigali, that game ended 1-1in Kigali.
Uganda Cup holders Proline went on to eliminate the Rwandan side after 2-1 result in the return leg in Kampala and Anukani was influential in that win. 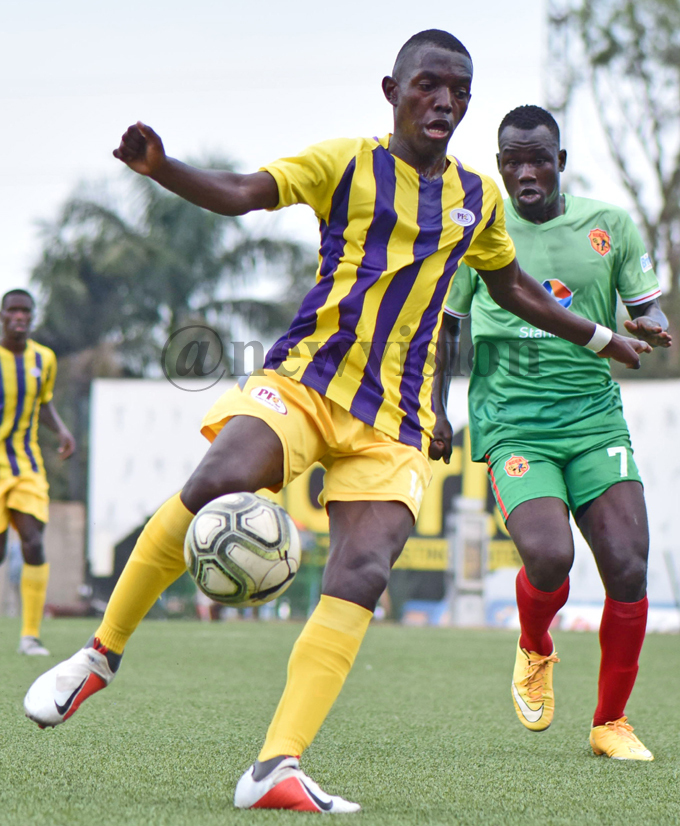 He also had an extra hand in helping the Uganda Hippos team reach the quarterfinals of the CECAFA U20 Challenge Cup 2019 where he scored one goal in the tournament.
When asked about what the award meant to him, Anukani told New Vision that it has instilled motivation to him to continue working hard.
"This is the first award I have received in my career,I feel honoured, it has motivated me, I believe I will win more awards, my focus is to keep working hard to help my team Proline win games and the national team", excited Anukani promised.
Kirabo Namitebi was voted the best swimmer of the month of September following her two gold and one bronze medals she won at the Africa junior swimming Championships in Tunis, Tunisia.
In Motocross, Alan Orland was crowned the best rider of the month of September.
Real Stars Sports monthly awards are sponsored by Jude Colour solutions Uganda.