MENU
🔊 PODCAST: 'We want to be in a peaceful world'
Previous Story

Why UPDF has banned red berets

New Vision has learnt that the changes were endorsed by a meeting of the Army Council and the UPDF High Command, chaired by President Yoweri Museveni at State House, Entebbe, after the UPDF dress code committee submitted a report on the rationale of the changes. 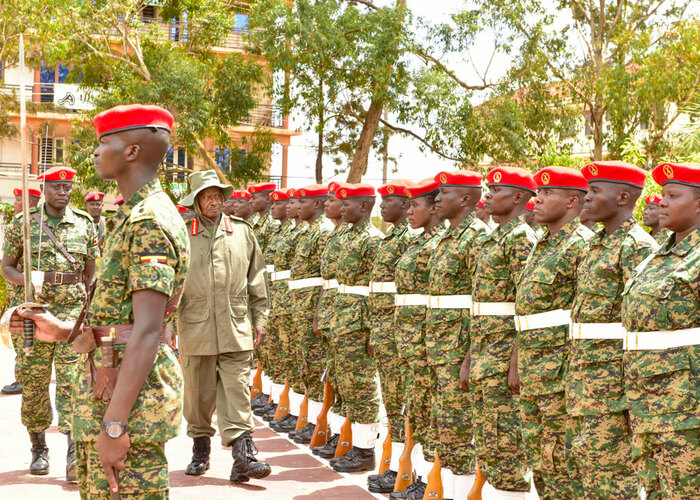 The UPDF dress code committee told New Vision that it has been working on the dress code changes since 1996. The UPDF on September 18, this year, published a general notice number 1,013 of 2019 in the national gazette communicating the changes. 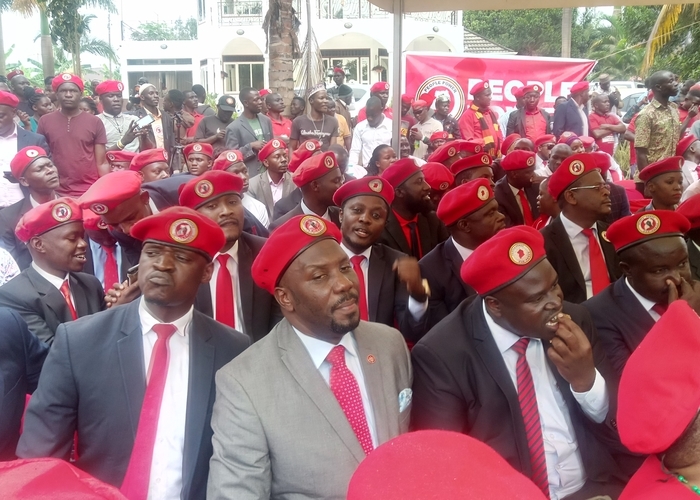 "The public is hereby informed that the marks, accessories, insignia, decorations and uniforms specified in the schedule to this notice are property of the state or classified stores and anyone found in unlawful possession, selling or dealing in them shall be prosecuted under the Uganda People's Defence Forces Act, 2005," the notice in the Gazette says. 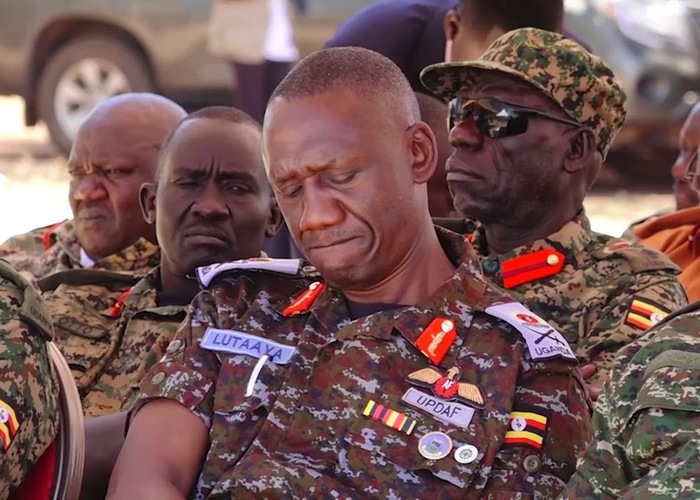 It adds: "Members of the public are hereby informed that unless granted authority by a competent military authority, it is prohibited to; (a) sell, offer or expose for sale or use any uniform of the defence forces; (b) manufacture, sell, offer or expose for sale, wear or use any uniform so nearly resembling the uniform of the Defense Forces and is likely to deceive the public; or (c) wear or use any decoration supplied or authorised for use by any member of the defence forces or any decoration so nearly resembling that decoration and likely to deceive the public."

The changes, army officials say, have been introduced to enhance command, control and discipline within the rank and file of the UPDF to enable the public to identify the officers easily. 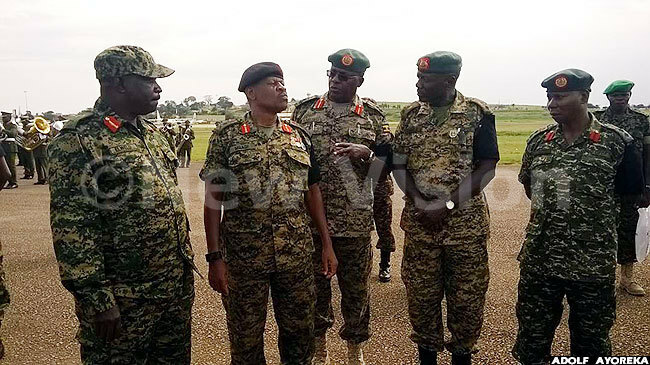 The changes were also made in order to conform to the harmonisation requirement of the East African Protocol on defence affairs. When New Vision contacted Brig. Richard Karemire, the UPDF spokesperson, he said the new changes in the UPDF dress code have been welcomed by the UPDF High Command and Defence Council.

Karemire added: "It will be a vital tool in identifying the different forces while enforcing command and control." Explaining the rationale behind gazetting of the dress code, Karemire said it gives UPDF ownership rights of the new uniform and the changes therein.

"Gazetting will further act as a deterrent to unauthorised use and access. From a regional perspective, as we integrate, standardisation of the dress code brings the UPDF closer in harmony with other armed forces of the EAC partner states," he said.

The current rank symbols and pips on the UPDF uniforms are different from those of other East African members, which brings confusion in identification of Ugandan armed forces by their peers within the East African Community.

For instance, a general's pips are assigned two stars, which makes him look like a major general before peers in the region. Now, the changes will see a General with four stars like it is with other East African armies. Another fundamental change in the dress code is that the designs of the working pips for the rank of a brigadier general on the uniform now has a diamond star with a crossed general's sword and a baton unlike the current one which had no crossed sword and court of arms surrounded by oak leaves. 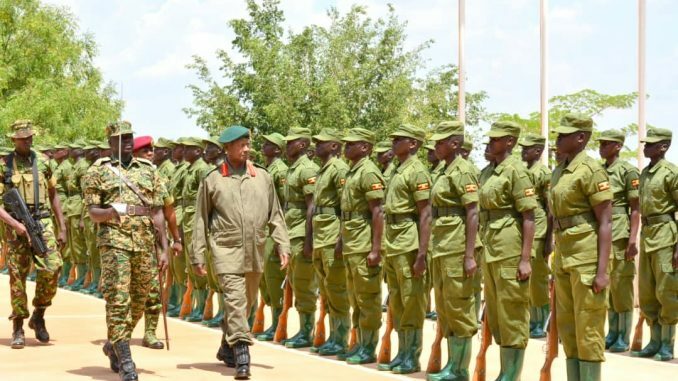 Black is for land forces. According to sources, the issuance of new uniforms will be carried out in a phased manner starting this year, and the Chief of Defence Forces (CDF), Gen. David Muhoozi, will also issue standing orders to UPDF officers regarding the new uniforms.

Every year, each UPDF soldier is entitled to at least two pairs of the battle camouflage uniform. The CDF, UPDF officials said, will issue standing orders spelling out to the soldiers when to wear which uniform in order to ensure easy identification. Currently, officers dress differently, with no uniformity, which makes it difficult to trace their division base and command.

But with the new dress code, every member of UPDF will be easily identified and his base and station identified by the logo on his sleeves. New Vision has also learnt that UPDF is working on a plan to standardise the vehicles to ensure uniformity, reliable and consistent mobility of forces.

Kiprotich gears up for World Championships