DRC approves use of second experimental Eb...
Next Story

"Komla brought so much to the African narrative; his perspective was a breath of fresh air," says Solomon Serwanjja, the fifth winner of the Komla Dumor Award.

Serwanjja impressed the judges with his eloquence and passion for telling African stories. (Credit: BBC)

"Komla brought so much to the African narrative; his perspective was a breath of fresh air," says Solomon Serwanjja, the fifth winner of the Komla Dumor Award.

Ugandan journalist Solomon Serwanjja has been awarded the BBC World News Komla Dumor Award, becoming the fifth winner of the award - and the second Ugandan to win it.

He joins a cast of accomplished recipients of the award, including compatriot Nancy Kacungira, who was the first winner in 2015.

Serwanjja is an investigative reporter and news anchor with NBS TV, where he hosts one of the channel's prime-time shows.

A respected journalist in East Africa, he has produced award-winning reports, including as a freelancer for renowned BBC Africa series, Africa Eye, catapulting him into the spotlight across the continent for his hard-hitting journalism. 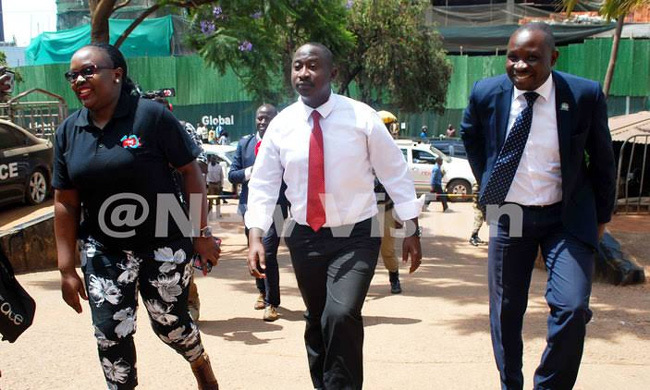 Serwanjja has been recognised by his hard-hitting journalism

He begins his three-month placement at the BBC by attending a training course at the BBC Academy before joining BBC News teams - across TV, radio and online - which will provide him with the opportunity to gain skills and experience across BBC News' multifaceted platforms.

Following the training and placements, Serwanjja will travel to a country in Africa, with a top BBC producer, to report on a story for a global audience. The story will then be broadcast on BBC News platforms, which reach audiences of 394 million across the world each week.

"Komla brought so much to the African narrative; his perspective was a breath of fresh air, as he believed Africa was rising and that the world needed to see the continent from a different angle," he said.

"His reports always struck a chord with me, and I feel the same passion for our continent that he demonstrated. I want to continue his legacy by telling stories that cast a spotlight not only on the critical challenges we face in Africa, but also the progress and successes that have been made."

Congratulations to my compatriot ⁦@SolomonSerwanjj⁩

The Komla Dumor Award was set up in honour of the Ghanaian presenter, who died in January 2014. Serwanjja impressed the judges, not only with his eloquence and passion for telling African stories, but also with his commitment and bravery in uncovering what is in the public interest.

His passion for investigative journalism highlighted his desire to make positive change in his native Uganda, as well as across the continent, and some of his reports have already resulted in societal changes.

Serwanjja's tenacity in challenging preconceived stereotypes and holding leaders to account are journalistic traits that resonate with the BBC's global audiences.

Jamie Angus, director of BBC World Service Group, said: "To recognise and empower some of Africa's leading talent in journalism, in honour of Komla, is really important to us. Komla's reporting made a huge impact with audiences all over the world, and we are excited to have Solomon at the BBC, to harness Komla's commitment to telling African stories."

Serwanjja will be interviewed on Focus on Africa on Monday (today) at 8.30pm Ugandan time, BBC World News.

50% of universities cleared to switch to online lectures