Biology at UACE: How to fix high failure r...
Next Story

Fake news and the dark side of social media 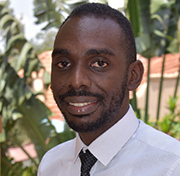 Fake news is not a new phenomenon; it shares a long history with mankind, predominantly featuring in many of our political processes. However, of late, there is a growing concern about the increase of fake news and the ease with which it is propagated.

In hindsight, it is safe to say, that the increased awareness of fake news was enhanced during and after the 2016 US Presidential elections. President Donald Trump popularised the phrase ‘fake news' by frequently using it to discredit negative media coverage about him. As a result, it was unsurprising that the phrase fake news was named 2017 word of the year by Collins dictionary.

In spite of the recent popularity, some experts are concerned about the frequent use of the word fake news. They argue that, if not correctly used, it may cause more harm than good since powerful actors can use it to clamp down genuine media reports. That said, it is also important that we understand the context of use of fake news. Simply ignoring the issue can lead to harmful consequences.

Of late, most of the above-mentioned information disorders are a common occurrence on social media. At face value, this should be expected because globally there are about 3.2 billion people (42% of the world's total population) using social media. This in turn, means that social media is becoming a source of news for most people. Nevertheless, some scholars have strived to establish why it is easy for fake news to spread on social media. The findings of their studies point to two underlying aspects which include the human aspect and the technical aspect of social media.

The human aspect affects how we respond to information. Our inherent grievances and beliefs are at the forefront of our intuition that determines whether or not we believe any form of news or a particular set of information. A study by Brookings Institution showed how this is possible. The study discussed the public response to a rare terrorist attack that occurred in Canada in April 2018.

The attack occurred when a young man drove a rented van through Yonge Street in Toronto, killing 10 people and wounding 14 more. In the aftermath of the attack, a CBC journalist called Natasha Fatah reported two different accounts of the terror attack on Twitter. The wrong account identified the attacker as "angry and "Middle Eastern" while the correct one identified him as "White". Five hours after the tweets, the wrong account of the "angry and

"Middle Eastern" man had received a lot of online attention during which time it was re-tweeted 1400 times while the correct account of the "White man" had only been re-tweeted less than 100 times. To further compound the matter, some twitter users continued to engage and share the wrong account of the news even after the Canadian police had publically identified the driver as a White man. This experience demonstrated how our grievances and beliefs can play a role in propelling fake news.

The technical aspect of social media platforms enhances fake news through an algorithm that provides more priority and visibility to posts that have higher online engagement either through likes, comments, or re-tweets. This in many ways accelerates false news because as earlier mentioned, people will most likely engage with news that is aligned to their belief system irrespective of whether the news is true or false.

Closer to home, recent events have further shown how fake news on social media can add sparks to an already flammable situation. In the early week of September 2019, the African continent was shocked by another regrettable episode of xenophobic attacks aimed at foreign African nationals in South Africa. As expected, majority of Africans were outraged and strongly condemned the violence.

However, amidst all the deep-seated anger, there was also a lot of misinformation and disinformation making the rounds on social media. Old footage of pictures and videos from previous xenophobic attacks of 2008 and 2015 were shared and falsely depicted as events of the 2019 attacks. The shared disinformation played some part in fuelling more anger and resentment which later led to retaliatory attacks of South African businesses in some parts of the Continent such as Nigeria.

In conclusion, addressing the issue of fake news requires our collective responsibility. Before we forward that email or share breaking news on social media, it is important that we think and reflect on the content at hand. Most times, fake news stories can be easy to spot and verify. The titles of stories are normally outrageous designed as click baits to garner web traffic and the authors or sources may not be well-known.

Most importantly, the simple act of double checking whether breaking news or any story has been reported by other credible media outlets can make a lot of difference.